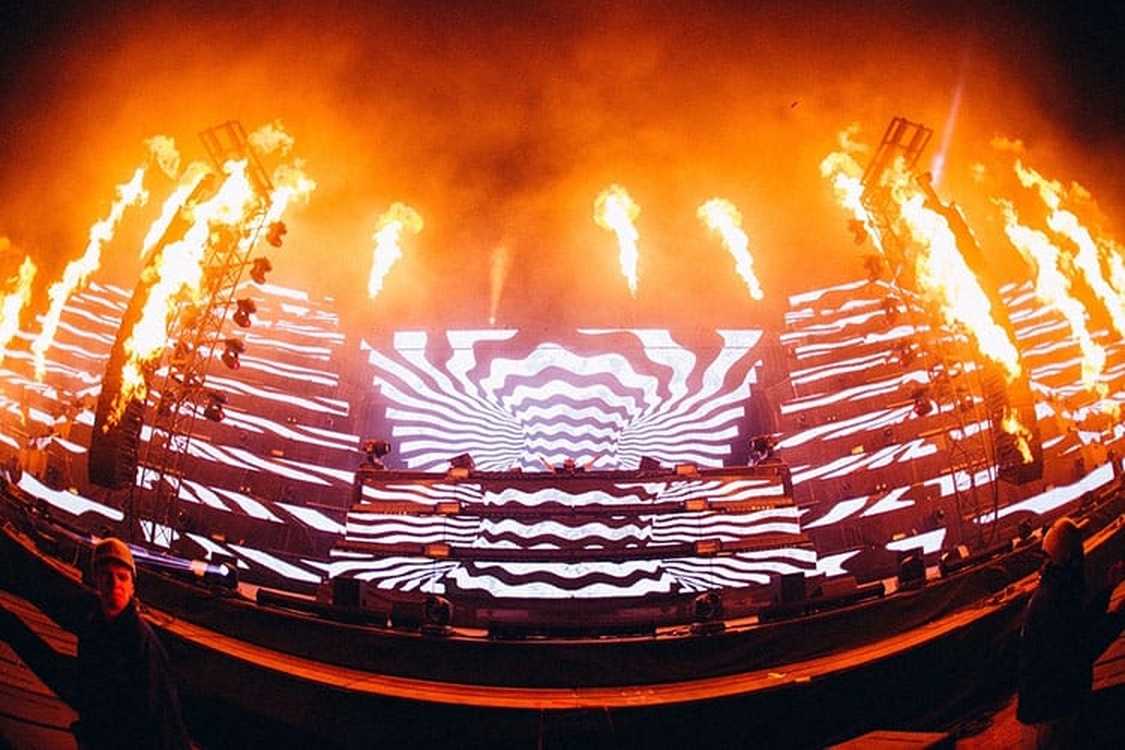 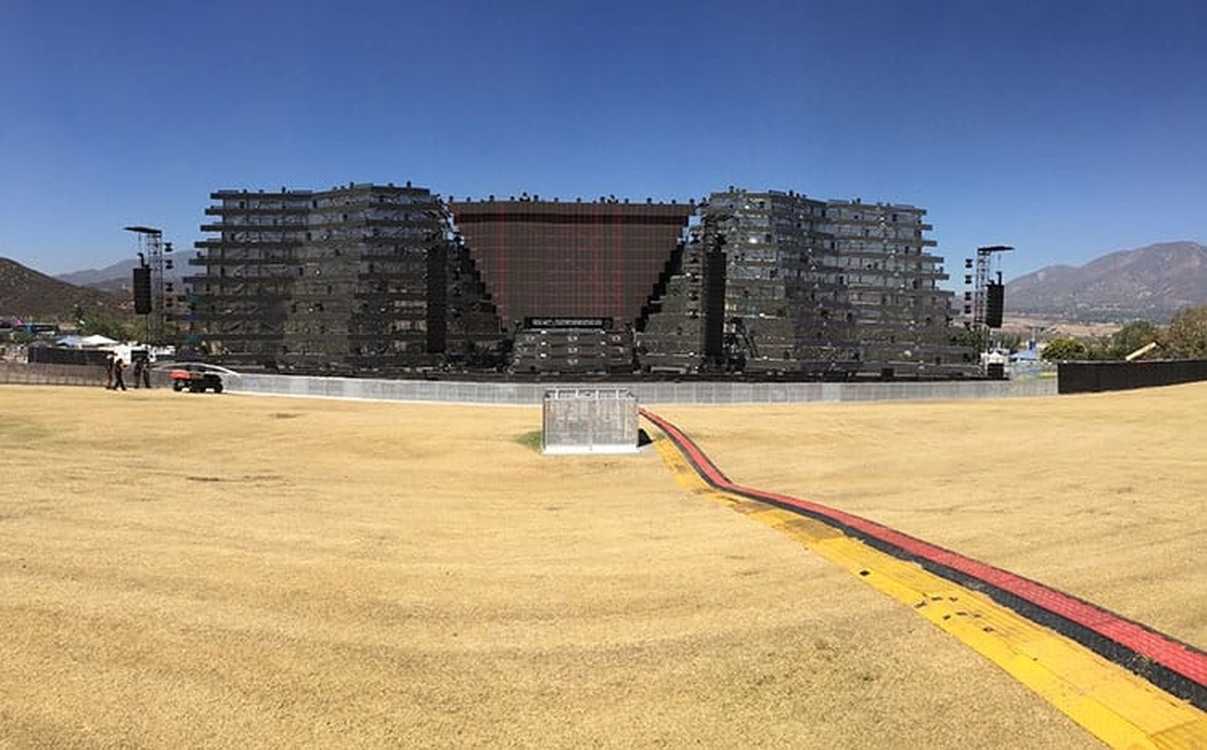 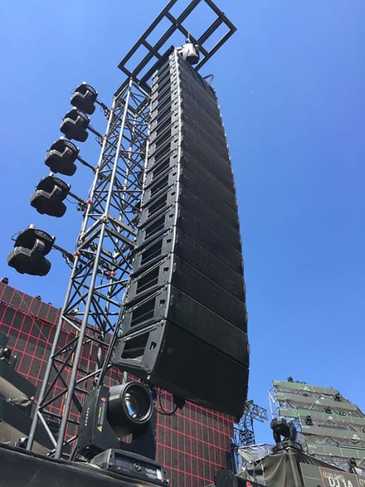 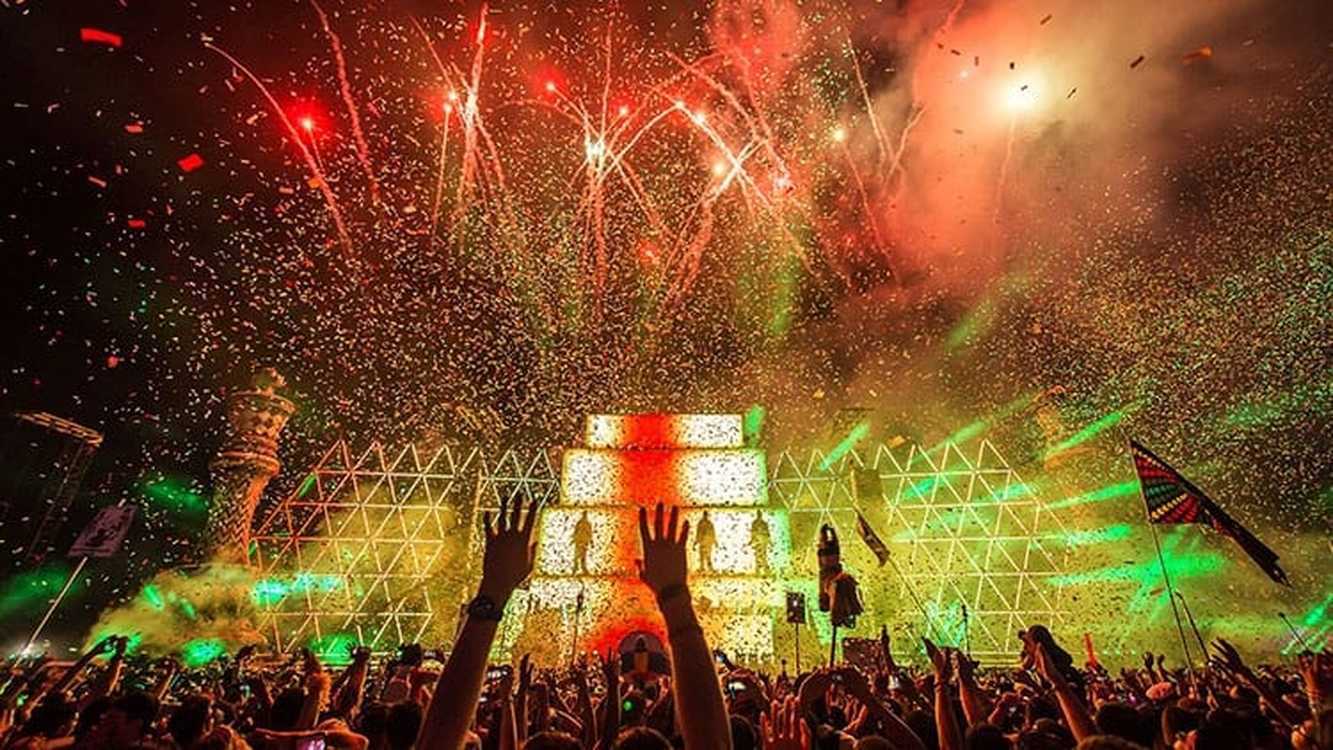 San Bernardino, CA––Insomniac recently held its 21st Annual Nocturnal Wonderland Festival at the San Manuel Amphitheater and grounds for crowds that totaled over 67,000 during three days of music, camping and merry-making.

Featuring leading EDM artists such as Bassnectar, Deorro, Above and Beyond, Coone, Big Gigantic, Knife Party, Chromeo, 3LAU, Audien and more, the event was comprised of three stages including Wolves Den that featured a Martin Audio MLA system provided by 3G Productions of Las Vegas and LA.

The setup for Wolves Den included main and side hangs of Martin Audio MLA with a large number of MLX subs ground-stacked in front of the stage in a combined broadband sub arc/end fire configuration to control noise beyond the audience area. There were also DD12's for center front fill and stacks of MLA compact on either side for off center fill because of the stage's extreme width.

Asked about the need for noise control, 3G System Engineer Manny Perez responds, 'The amphitheater is in a valley and if you're not careful the sound can travel through it and over the hills into surrounding neighborhoods.

'We used MLA's control capability to create a hard avoid area beyond the audience area over 500 ft. away as a means of eliminating issues with off-site noise complaints, which can be a problem with EDM shows. For this event, we only had two phone calls with complaints during three days of performances that ran from 4pm to 2 in the morning.'

Summing up, Manny concludes, 'Martin Audio MLA has become our go-to system when we need the sound to be loud and fat in the audience area and quiet everywhere else.'