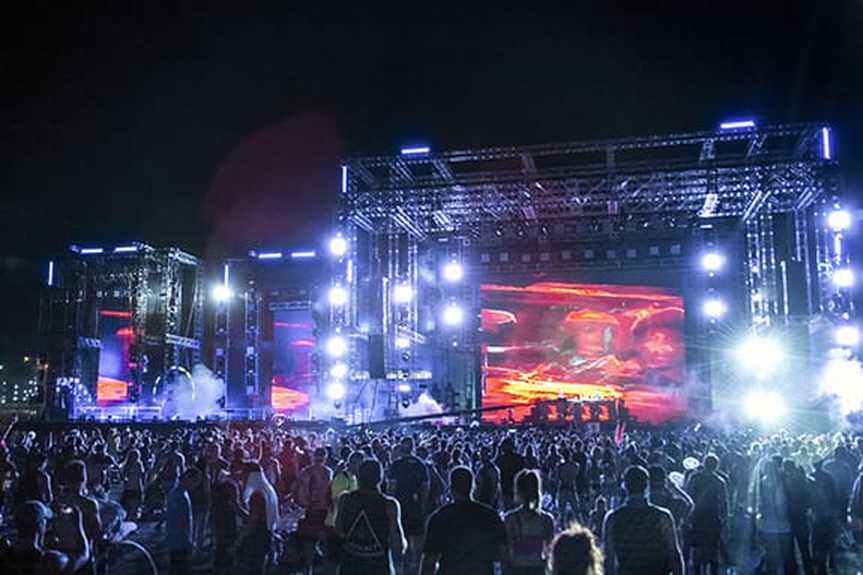 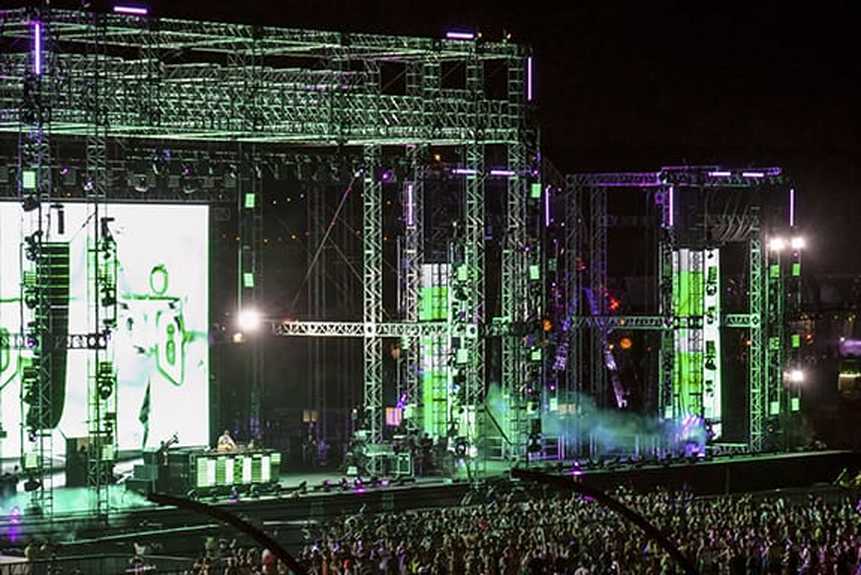 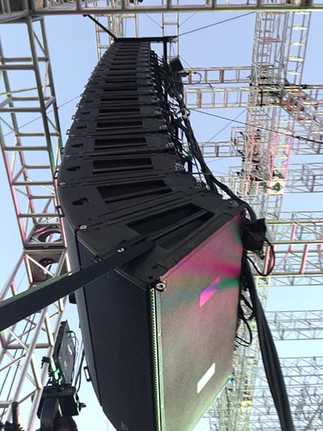 The landmark multimedia three-day event took place at the Las Vegas Motor Speedway and focused on providing a total entertainment experience for EDM fans with over 70 DJs performing each day.

The system for Cosmic Meadow stage consisted of 16 MLA and 2 MLAD enclosures per side, 12 MLA Compact per side for sidefills and 3 MLA Compact per side for front fills. More than the required amount of low end was provided by 40 MLX subs stacked one on top of the other along the front of the stage. A Yamaha CL5 console was used for Front of House and a Yamaha PM5D for Monitors.

Asked about the MLA, 3G's Keith Conrad said, 'the system performance each night was fantastic and the Martin Audio stage blew everybody away. The client (insomniac) was happy with the way MLA performed, the show was packed every day and the DJs and their engineers were really impressed with the system.

'Because Cosmic Meadow stage was facing out towards the speedway and wasn't competing with any other stage,' Keith adds, 'we got the full impact and power of the system, which was amazing. As it turned out, we didn't even need delay towers because the coverage was so exceptional. This was due in part because of Martin Audio's Display 2.1 modeling software.

'What makes EDC unique from other music genre festivals is the incredible amount of bass that's required for EDM. The MLX subs were so powerful the artists and their crews were smiling from ear to ear as soon as they turned it on.

'Of course,' Keith concludes, 'we were fortunate to have our secret weapon FOH engineer Manny Perez who is definitely a veteran with MLA and knows how to tweak the system so it sounds exactly right from the low to high frequencies, which made it an ideal situation for everyone. Overall, I'd say that the system exceeded expectations from every aspect.