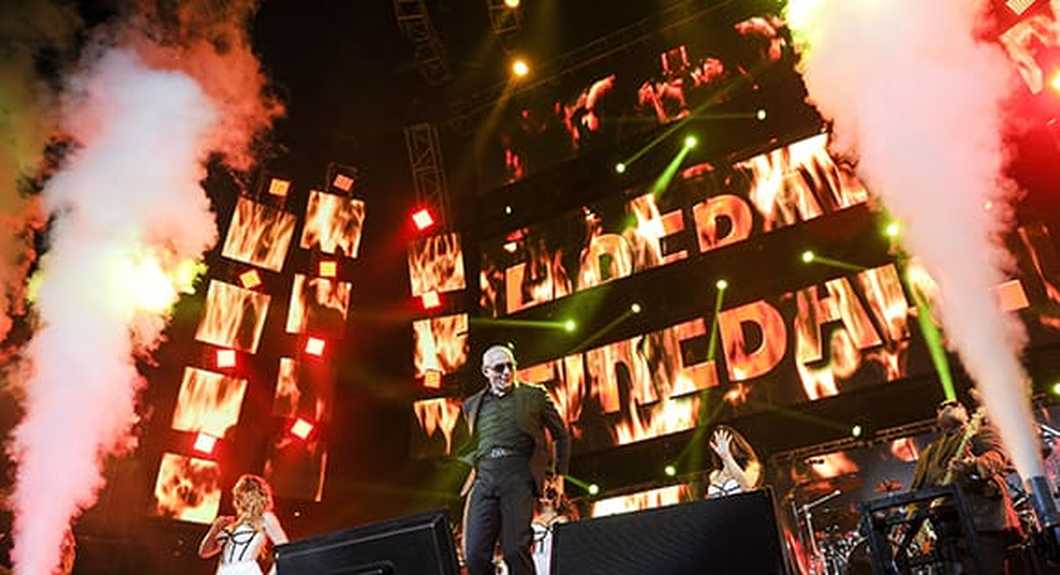 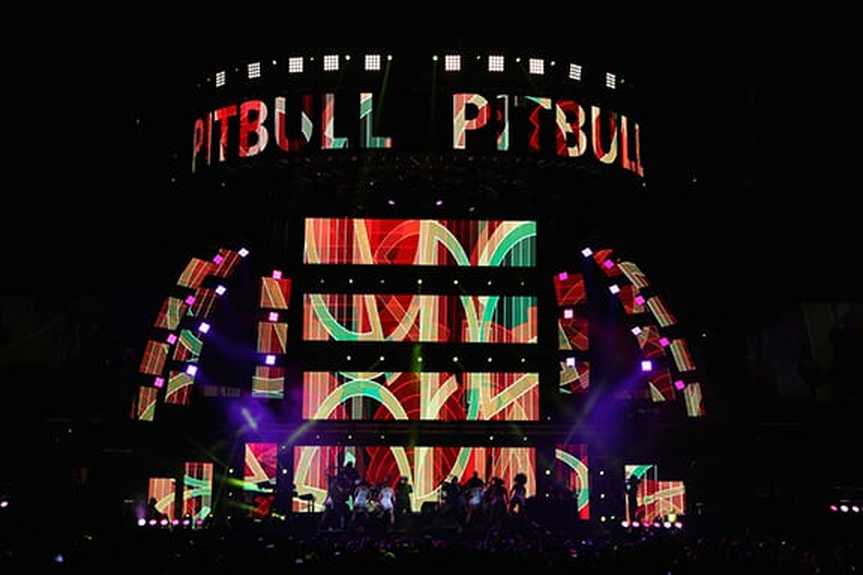 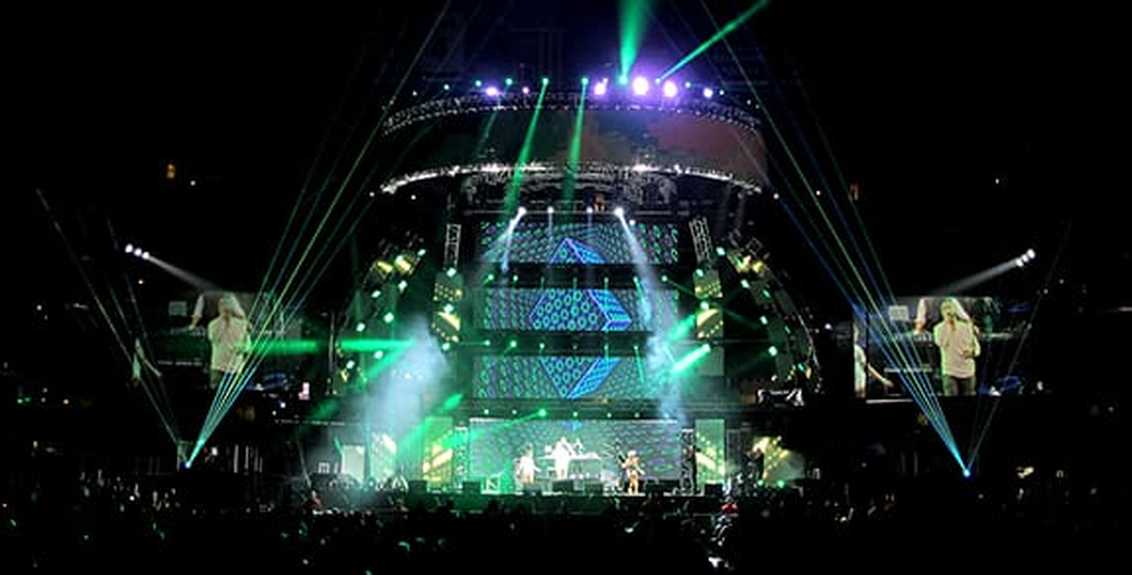 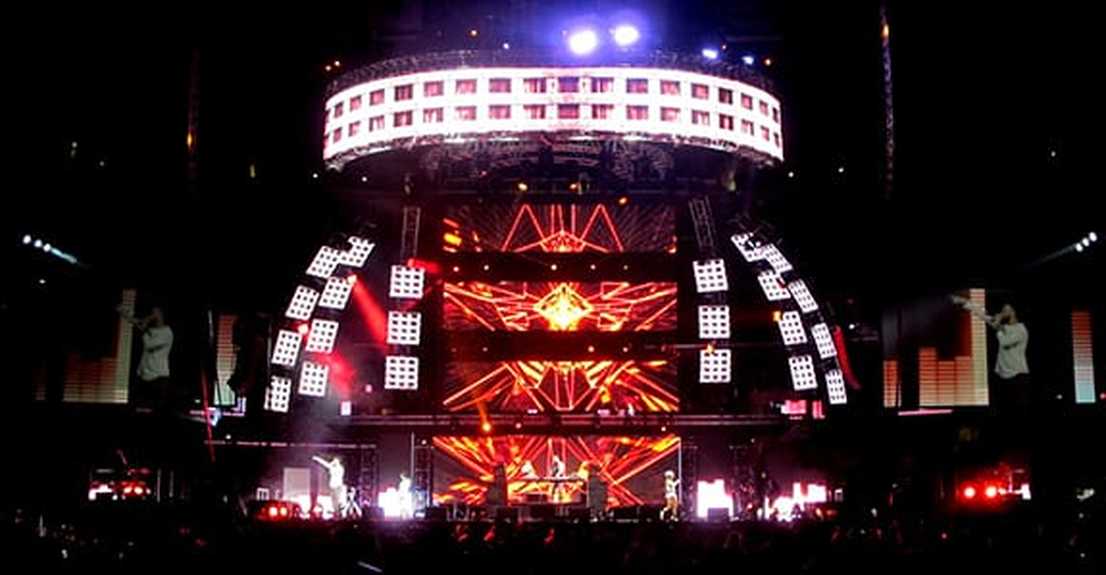 Calibash Los Angeles, held recently at the Staples Center was billed as 'the leading urban Latin music festival in the world.'

3G Productions of Las Vegas and Los Angeles provided a Martin Audio MLA system for the festivities which included 16 MLA and 2 MLD (downfill) a side for the main hangs; 16 MLA Compacts for side hangs; 8 MLA Compacts for the 270º hang and 28 MLX subs in double stacks––24 across the stage and a pair on each side pointed 90º to the audience. The mixing consoles for FOH included two pairs of Yamaha PM5D's for the festival and an AVID Venue Profile for headliner Pitbull.

'We also used Martin Audio DD12s for the front fills,' points out 3G Systems Engineer Manny Perez. 'They were awesome; really smooth, clear and responsive, like the whole system.

'In fact, the whole show went really well and all of the band's FOH engineers were happy, even ecstatic at some points. It was kind of like playtime for them; they didn't know what else they could do for their mix, which was a real change of pace.

'They ended up just hanging out, listening to each other's mix, watching what the other guys were doing. They all really enjoyed the MLA system. They'd all heard about it but many hadn't mixed on a big PA like that before.'

Asked about particular challenges for the event, Manny responds, 'Not that much really. It was a regular end stage set up but they sold seating that went all the way around so we ended up using the house PA to supplement the area behind the stage. We've been in Staples Center many times, and it gets easier every time we go in there. It was very fluid in terms of the load-in and setup, even when they snapped in the stage before we could set up the subs.'

Concluding, Manny adds, 'The MLA rig was great, we had plenty of headroom and there were smiles all round the room. At the level the engineers had it, which was close to 105 or 106dB, they were wondering what else they could do, because instead of struggling at that point, it was perfect. They also loved the sub bass being so powerful and smooth.'