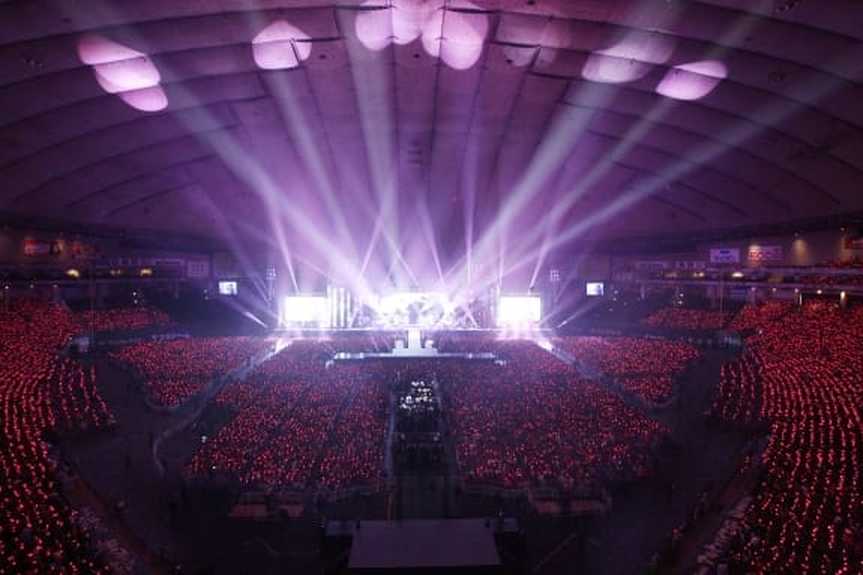 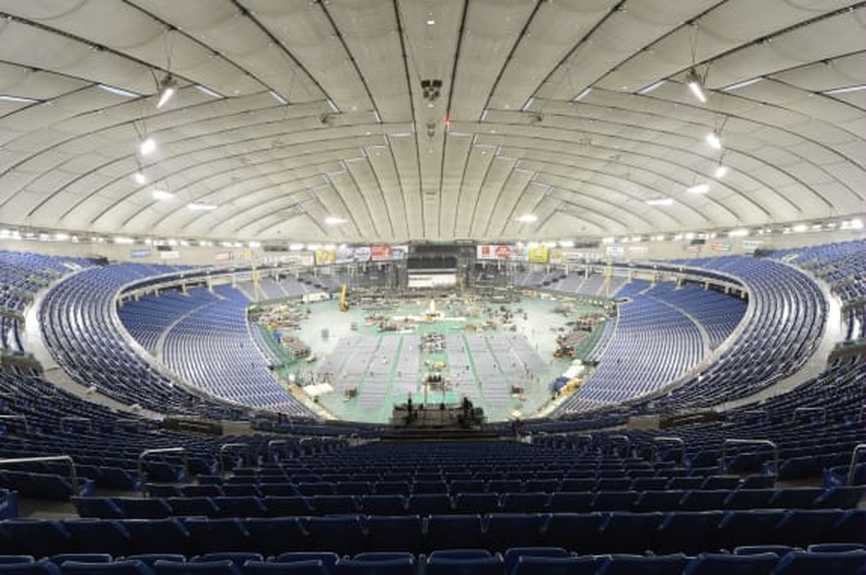 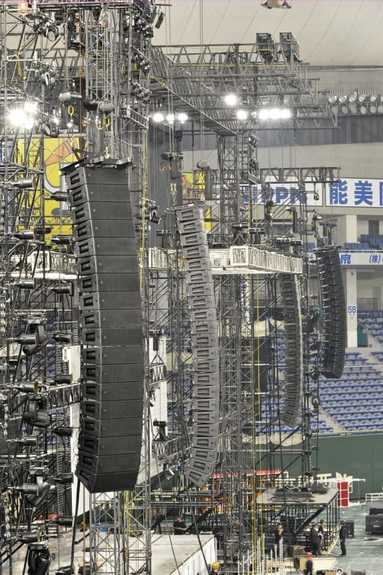 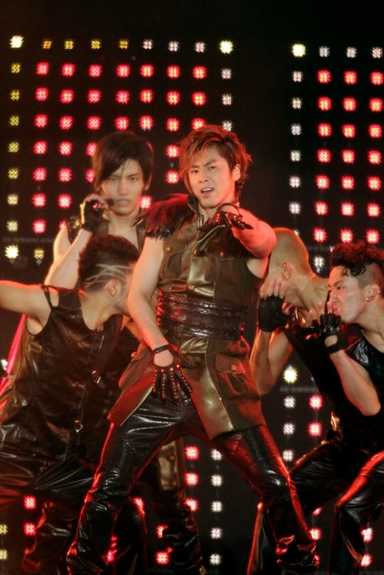 The idea of providing even audio coverage for Tokyo Dome's massive 55,000 seats - without the need for delays - has always been the holy grail of incoming production teams.

Finally this dream became a reality - when the award-winning Martin Audio MLA Multi-cellular Loudspeaker Array made its debut there recently, supporting one of Asia's most successful acts, TVXQ (an abbreviation of their Chinese name, Tong Vfang Xien Qi).

Major rental company, MSI Japan had chosen this venue for the début of its new MLA system - supporting the Korean electronica pop star sensations (now a duo featuring U-Know Yunho and Max Changmin). As a result, they put one of their senior FOH engineers, Takashi 'Shiro' Murata, in charge of the mix.

Traditionally, with all large concerts at the Tokyo Dome, delay towers have needed to be set to provide even coverage throughout the venue. These have been considered necessary to reach the third tier - set at 150m distance from the stage. Consequently, the seating positioned beneath (and behind) the towers could not be used for audience purposes, resulting in a capacity drop of several thousand seats.

As a result, everyone had been dreaming of this day on April 14th, when two PA hangs of 21 x MLA enclosures and one MLD Downfill (main array), supported by a further 17 MLA enclosures (and one MLD) for each side array, were all that was needed.

The main array delivered clear, intelligible sound directly to the third level. It achieved the same SPL and same frequency responses throughout the venue with a sound fidelity that had hitherto never been experienced.

The control and containment of sound was amazing as well, according to Shuzo Fujii, the president of MSI Japan, 'It reduced the sound reflections, which constantly annoys audiences at this venue and at the same time gave the promoters several thousand extra seats. The result was something that people have never experienced before.'

Furthermore, he said, Tokyo Dome frequently receives complaints of noise pollution from its neighbours. 'However, there was no such claim from anywhere this time. Such was the quality of sound and absence of any leakage exhibited by MLA that few outside the building could have recognised what type of show was taking place inside.

'In addition the absence of any towers meant we could reduce the number of tour trucks, making this a really cost effective exercise.'

With tickets for the concerts said to have sold out within 30 seconds of going on sale, it was easy to see why MSI Japan had chosen these artists for the début of MLA, concluded Mr. Fujii. 'Everybody involved in the production acknowledged that the system had delivered something unique, which they had never previously experienced. As a result we have had a lot of interest from major production and management companies.'

Footnote: The band has different names in different countries: in addition to TVXQ (in China) they are known as Dong Bang Shin Ki (DBSK) in Korea while the Japanese call them Tohoshinki. Either way, their name translates as 'The rising gods of the East' and they have a profound influence throughout Asia.