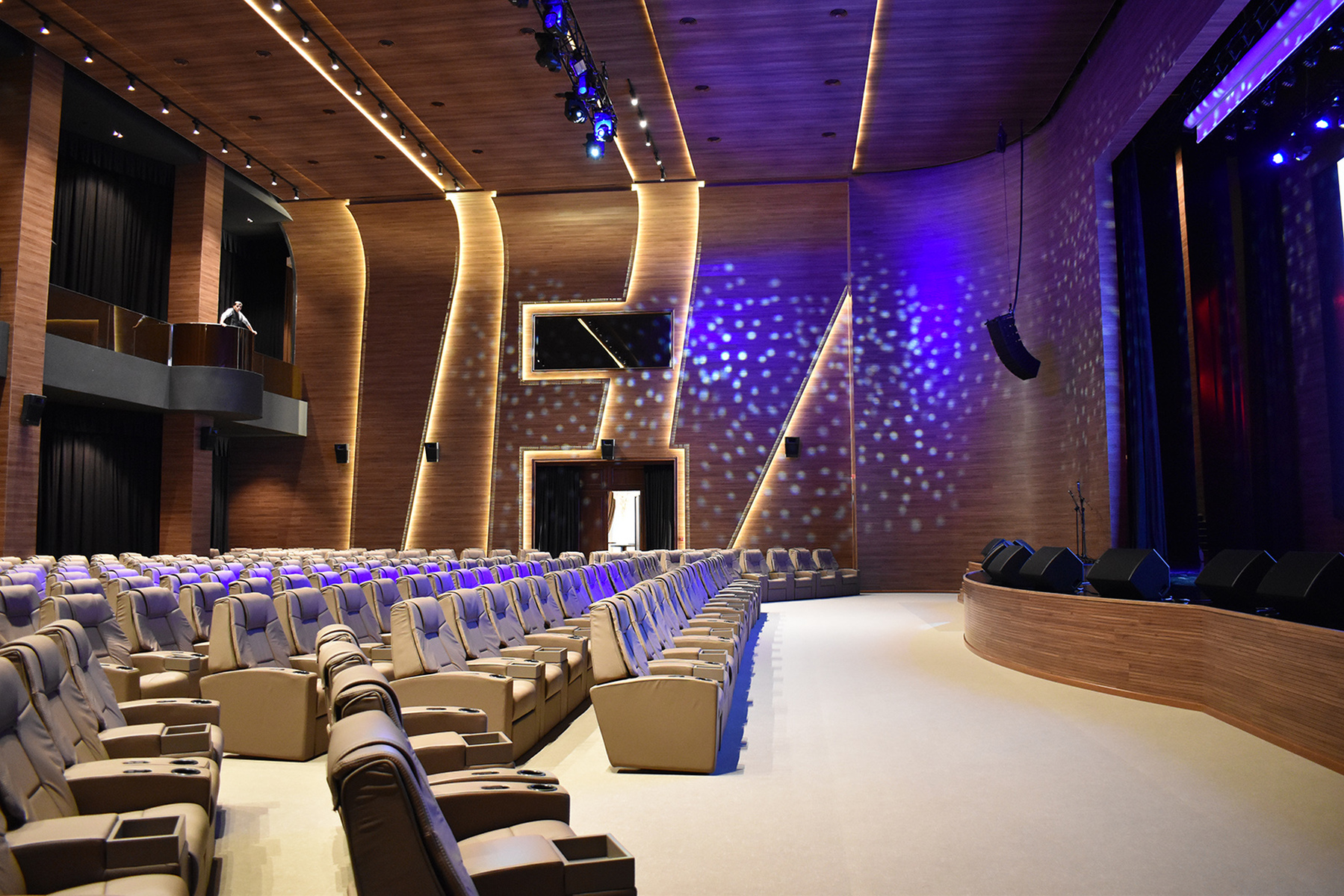 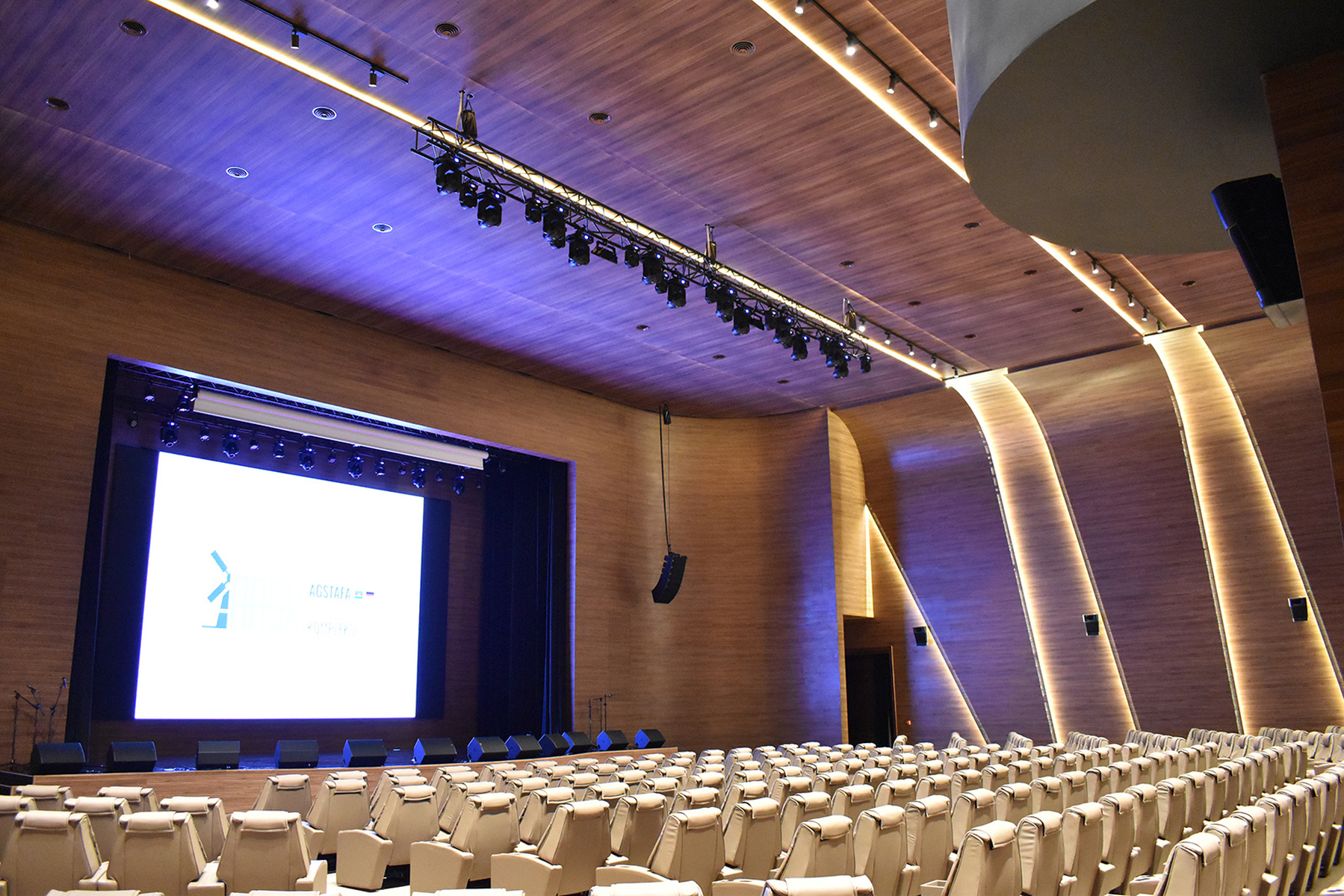 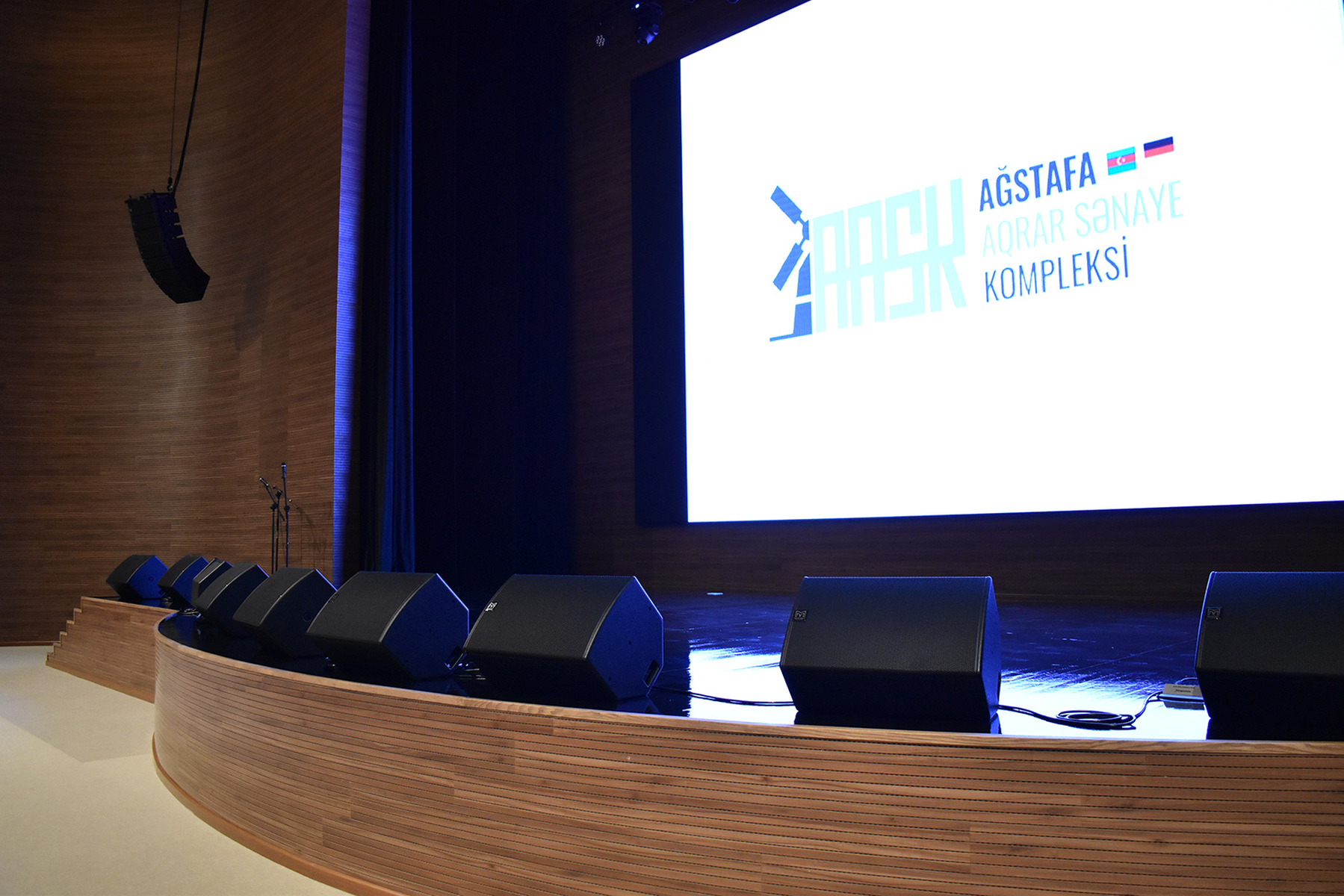 PROAV managing partner, Elshan Aliyev, stated, “When WPM first came onto the market, such was the trust we had in the Martin Audio brand name, we were happy to place an immediate order and we were the first to do so. When this latest opportunity came about we had no hesitation in specifying it again.

As Azerbaijan's agricultural development project, Agstafa Agro Industrial Complex plays an important role in providing the population's food security and increasing the country's export potential and sustainability. It has been operating in the west of Azerbaijan since 2009 and serves 15,000 hectares of land, using advanced agro technologies.

We are delighted with the versatility of the new sound system.

Within the large complex is a multifunctional event hall, and fueled with the confidence PROAV had in WPM, they recommended it as being best fit for purpose. “The reason for specifying it in this instance was because of the unusual shape of the hall and the objectives of the sound system,” reports Elshan.

“The client trusted us, and WPM was a logical decision. They were happy to take it on our recommendation.”

However, PROAV first had to win a competitive tender as they were up against another premier speaker brand. “But thanks to the efficiency of the system, and favorable pricing they chose us.”

This will meet all the requirements of the facility, from speech intelligibility during conferences, to full on live bands.

Elshan Aliyev says that WPM meets all the requirements, and the client agreed. Anar Orujov, Managing Director of the Complex, said, “We are delighted with the versatility of the new sound system, making it perfect for any event we are likely to host.”