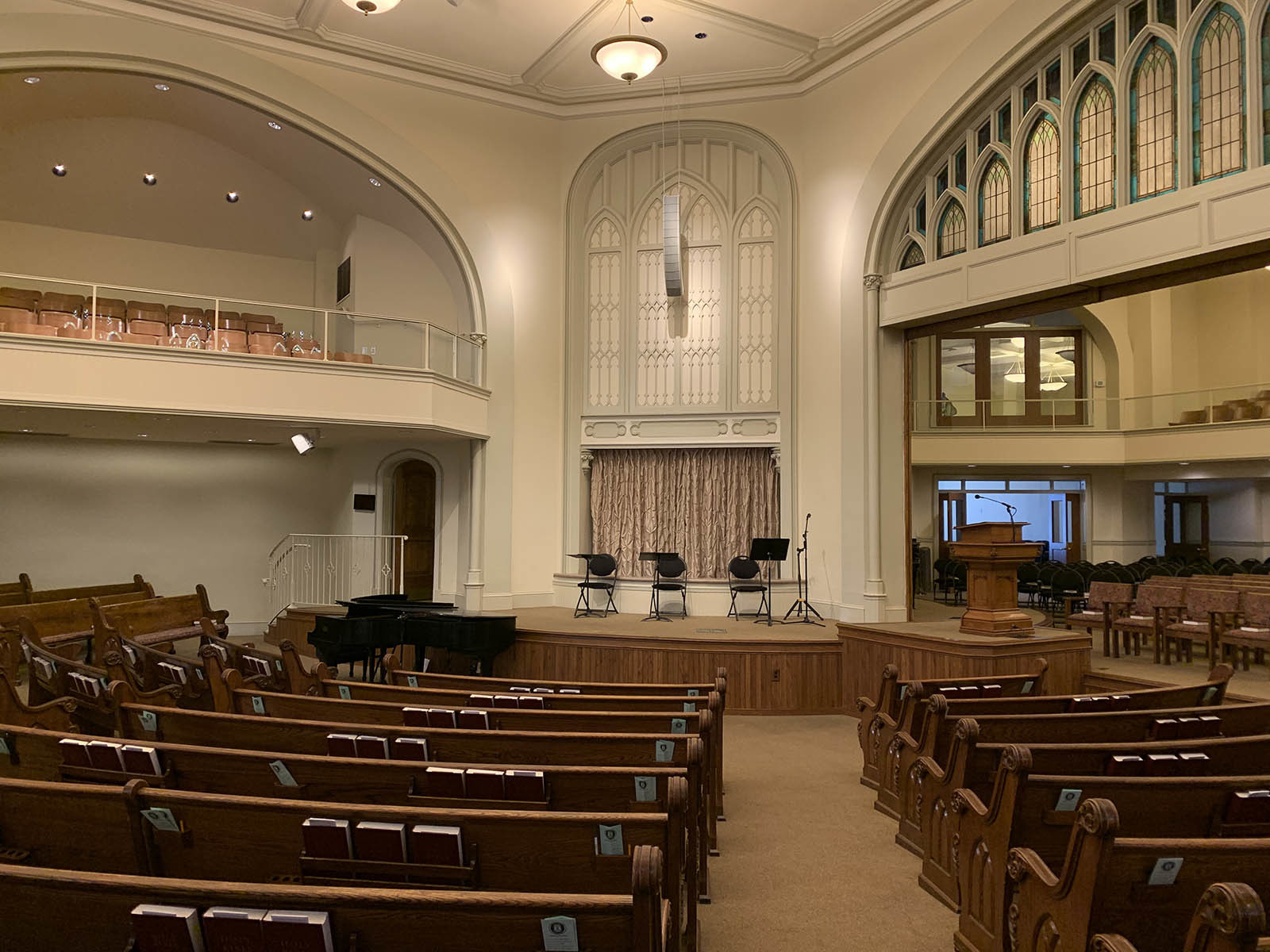 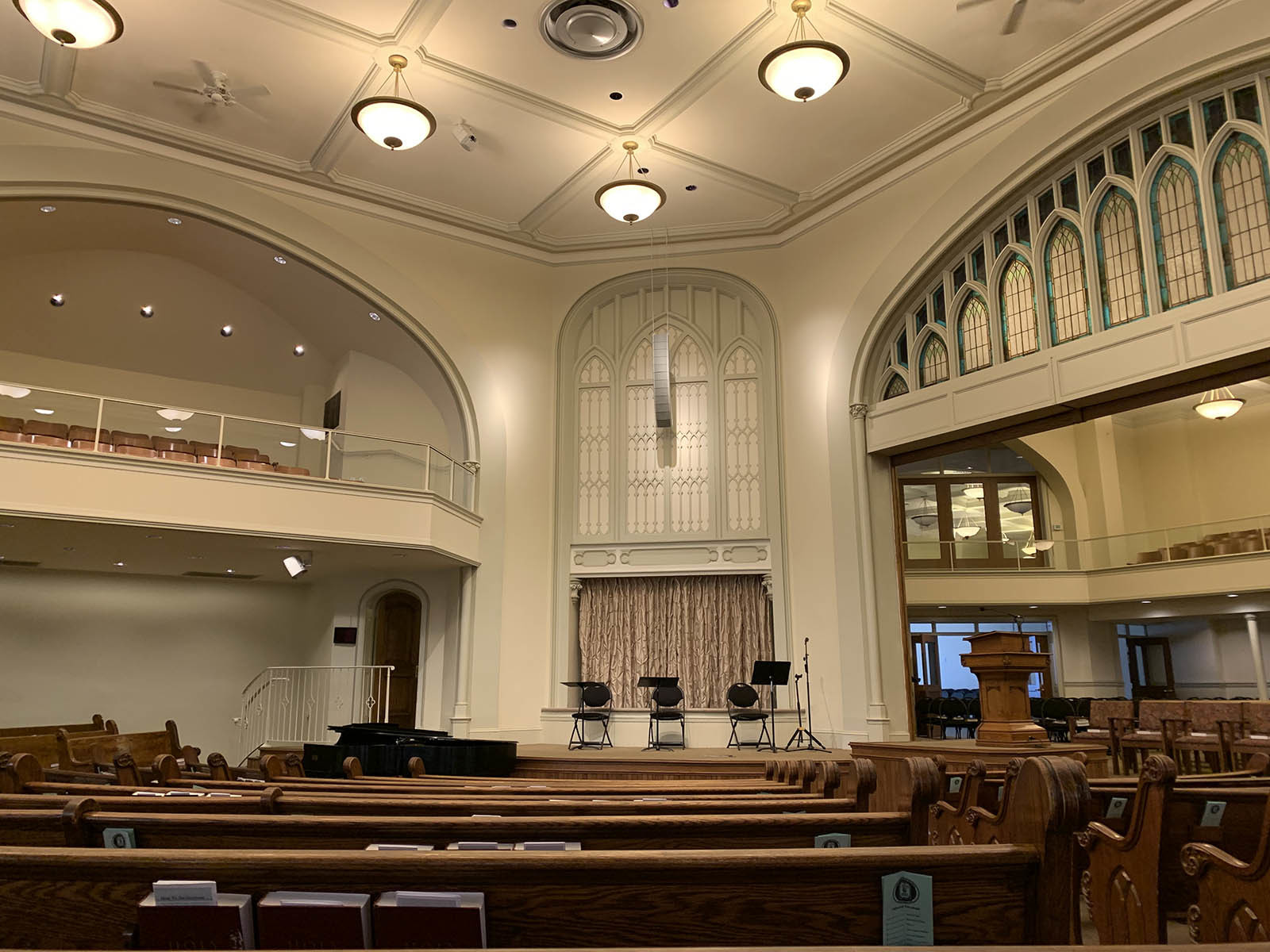 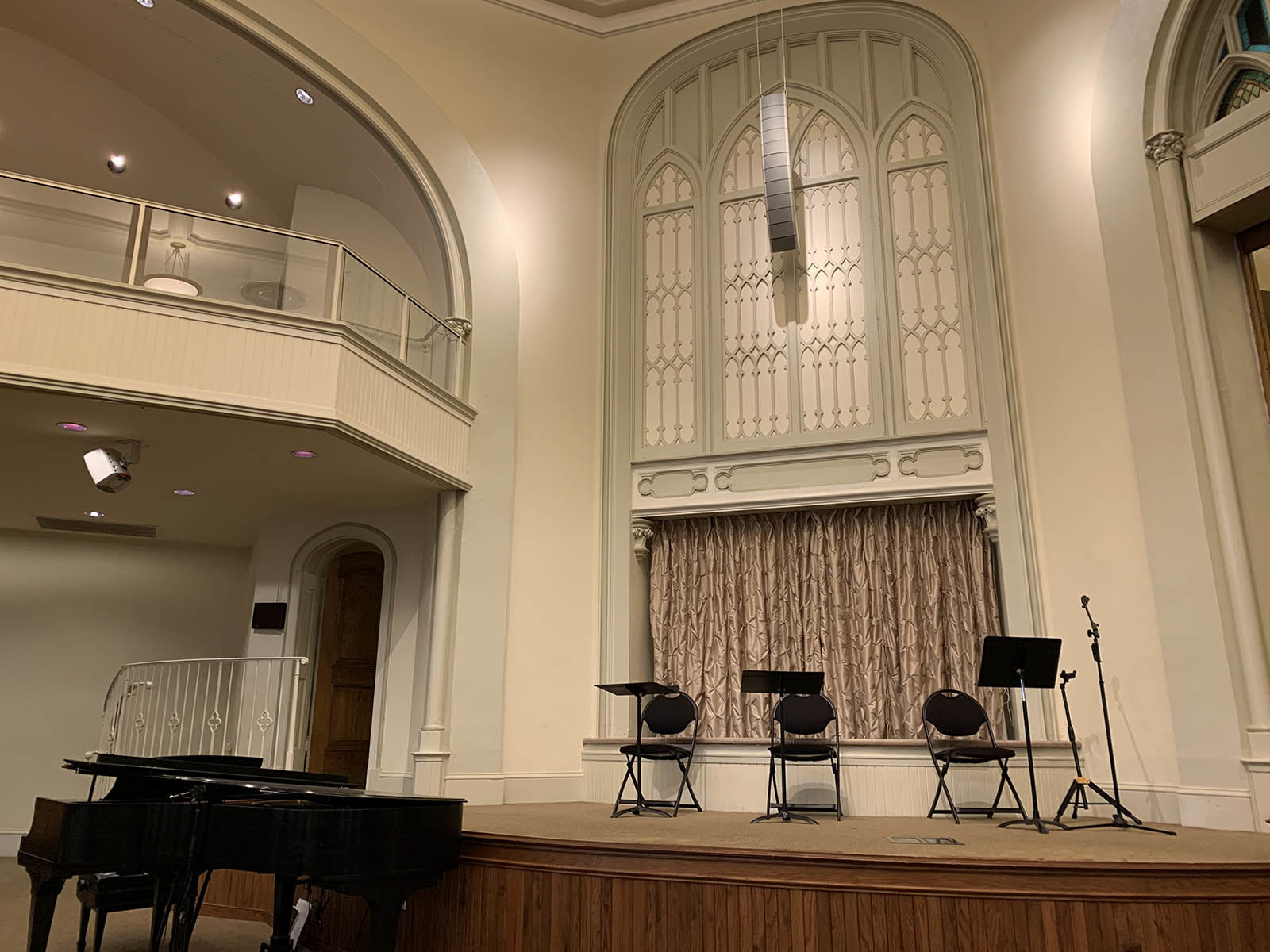 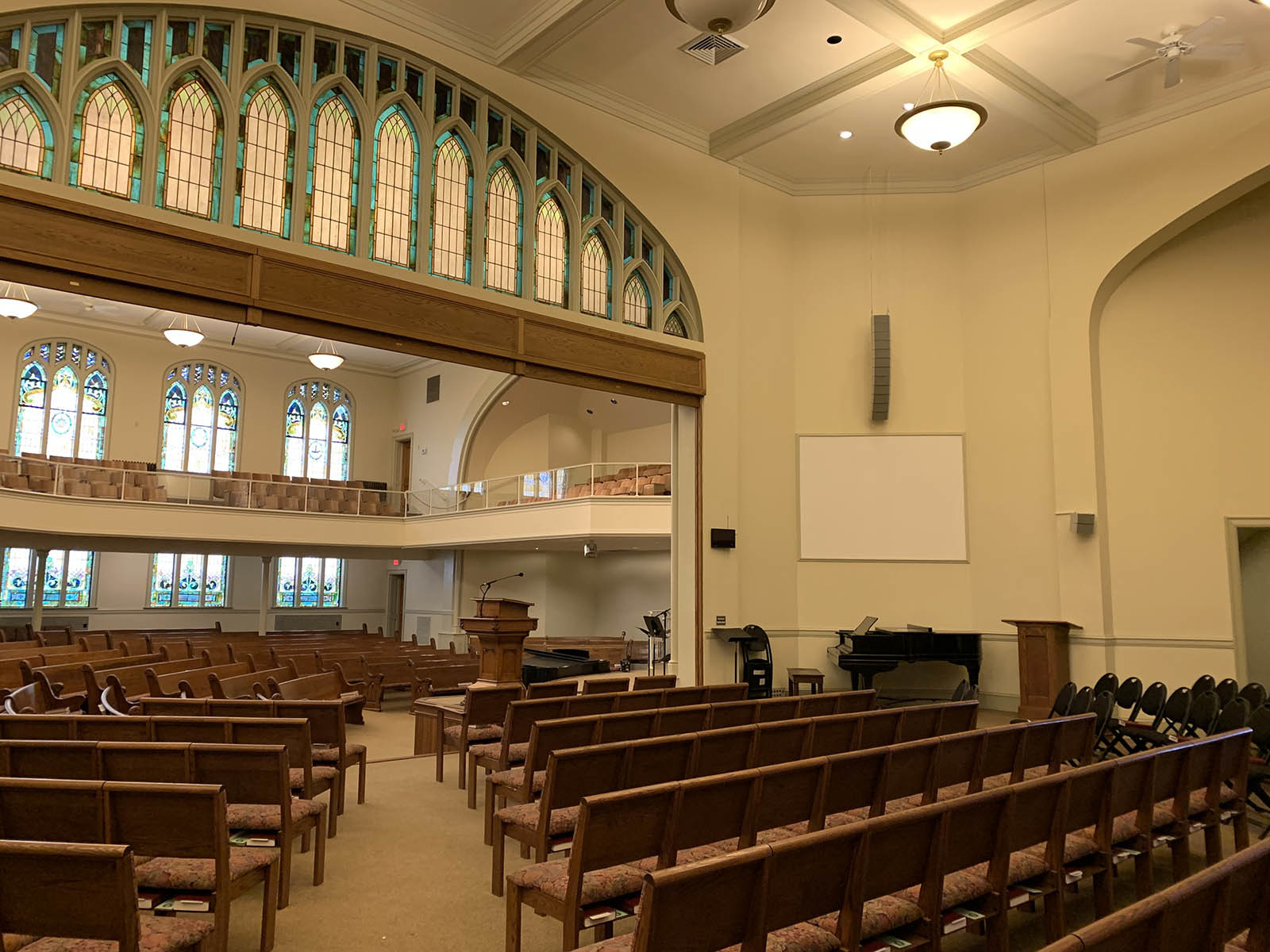 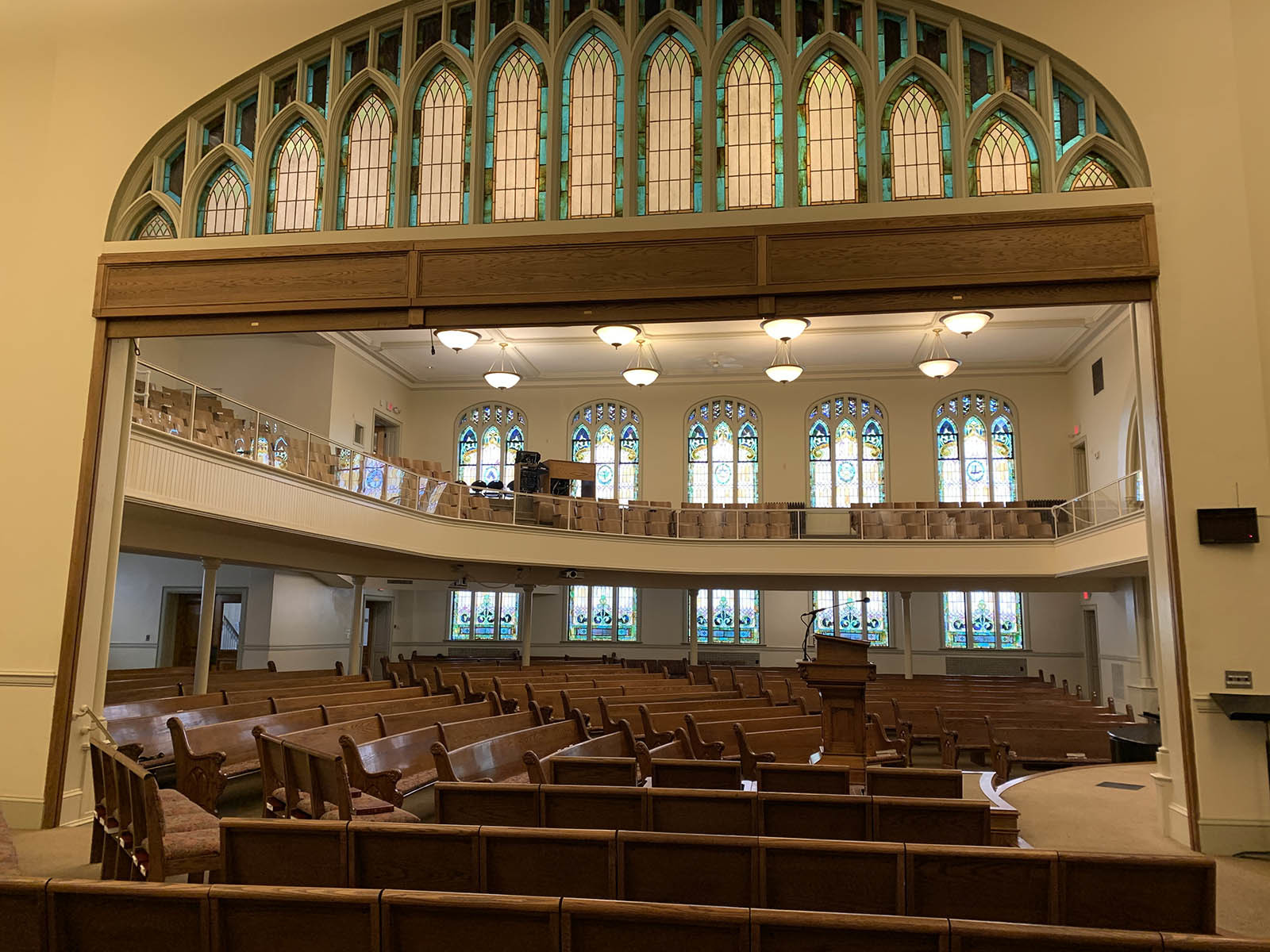 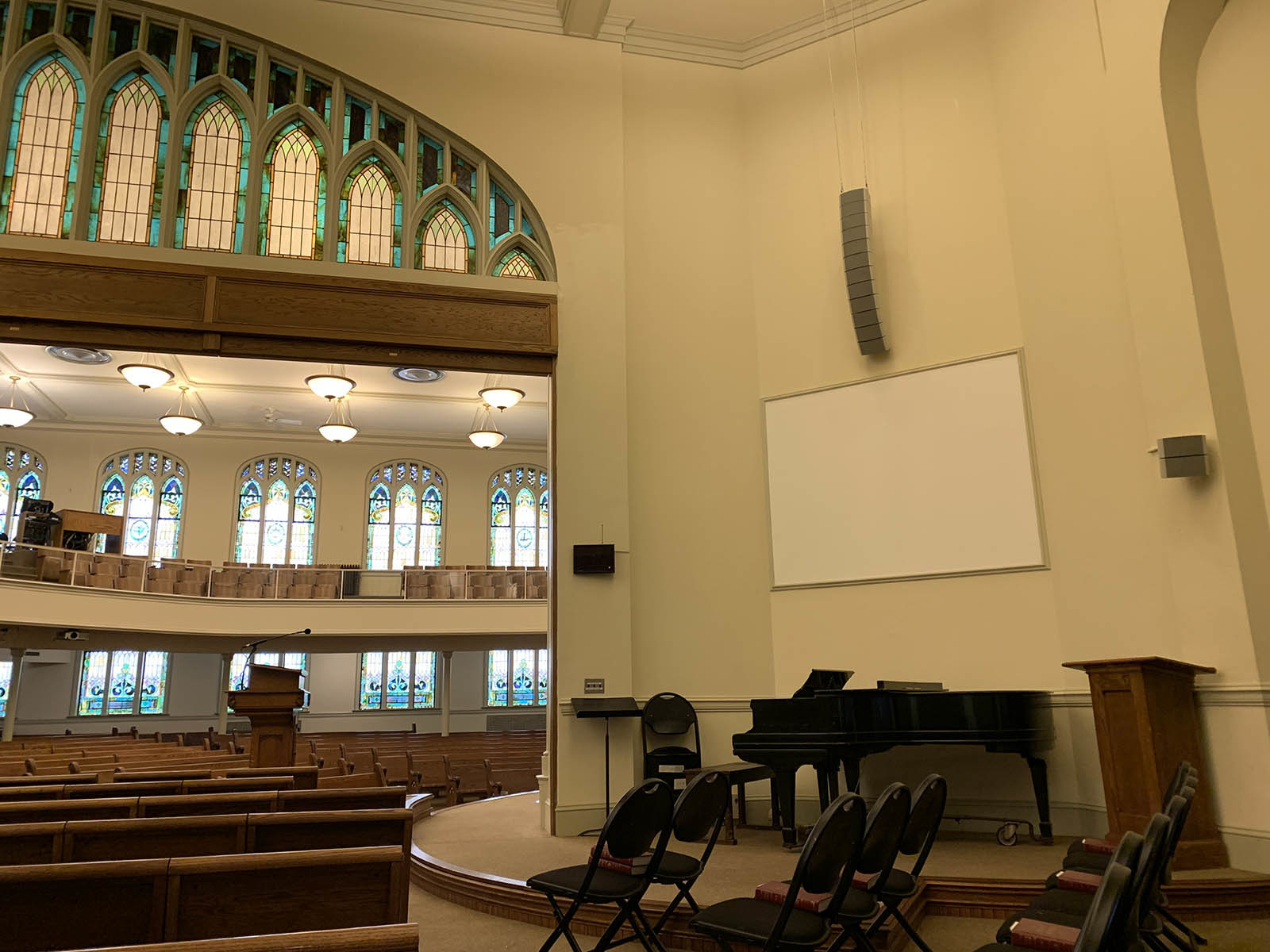 Originally founded as the Metropolitan Baptist Church in 1878, the church has recently grown under the stewardship of its current pastor, Dr. Mark Dever. It is a well-known landmark on Capitol Hill and is regularly visited by high ranking government officials.

Describing the upgrade, John Pierce, Director of Sales for Audio-Video Group, recalls: “We were called in for an initial consultation regarding an audio upgrade about four years ago. After that and subsequent product demos, they hired a consultant to do the design but we are an original designer and fully engaged in the entire process.

They were ecstatic about the system and blown away with the intelligibility and musicality of the O-Line system.

“They had an old and failing sound system that was never properly designed for the space to begin with, so they wanted the right solution for what is a very uniquely shaped venue because it’s been added on to over the years. The shape of the worship area is predominantly wide, about 150 ft., and seats from900 to 1200 people. We wanted a system to provide the church with speech intelligibility and exceptional music reproduction as well as consistent sound coverage front to back and side to side. Also, ease of use because all of their team is 100% volunteer, they don’t have a professional sound engineer.”

Matt Merker, Pastoral Assistant for the church, adds, “Our sound system hadn’t been updated in 30 years which resulted in uneven coverage depending on where you were seated and a lack of intelligibility for speech. We needed more even coverage and better clarity because it was disheartening that our preacher and singers worked hard to prepare meaningful worship services, and our congregants might not hear or understand what they were saying. Instead, they would be spending mental energy just to hear versus being in the moment and experiencing the message.”

Describing the solution, John points out: “The system consists of two stacks of 12 Martin Audio O-Line boxes a side flown above the platform. There are also two smaller stacks of two O-Line speakers for delays that cover the West Hall of the church and the library which is used for overflow seating. The mains are powered by a Martin Audio iK81 with 4-box resolution.”

In terms of challenges, he explains, “The church was never acoustically treated so it’s very live sounding and reactive. That, plus it’s a very historical space, so there’s a lack of cable pathways and an attic that’s over 100 years old. They were also very particular about choosing an integrator with experience working in historical spaces which is what we’re known for.”

Asked about the client’s reaction to the system, John responds, “They were ecstatic about the system and blown away with the intelligibility and musicality of the O-Line system. And even without subs, they were happy with the range those boxes provide—they go pretty low and sound good. Another part of the system’s appeal is that O-Line is small and visually unobtrusive, which is ideal for a historic space.

“I love the O-Line. I’ve done several systems in more traditional churches and they’re fantastic for speech and music as well. I walked in and even though the room hadn’t been tuned, there wasn’t a whole lot for me to do. Just had to get behind the console and do my thing. As a live engineer for many years, I’ve done a lot of rigs and O-Line really does sound fantastic.”

Summing up Matt concludes: "Before we completed the project, our sound was irregular. With the help of Audio-Video Group and our new system, the volume is consistently louder, the speech has a more polished sound, and our volunteers don't have to work as hard covering up errors. There are fewer distractions, and that's a huge benefit. Audio-Video Group was extremely responsive to all of our questions, the staff who installed were conscientious, easy to work with and we highly commend them for their personnel."