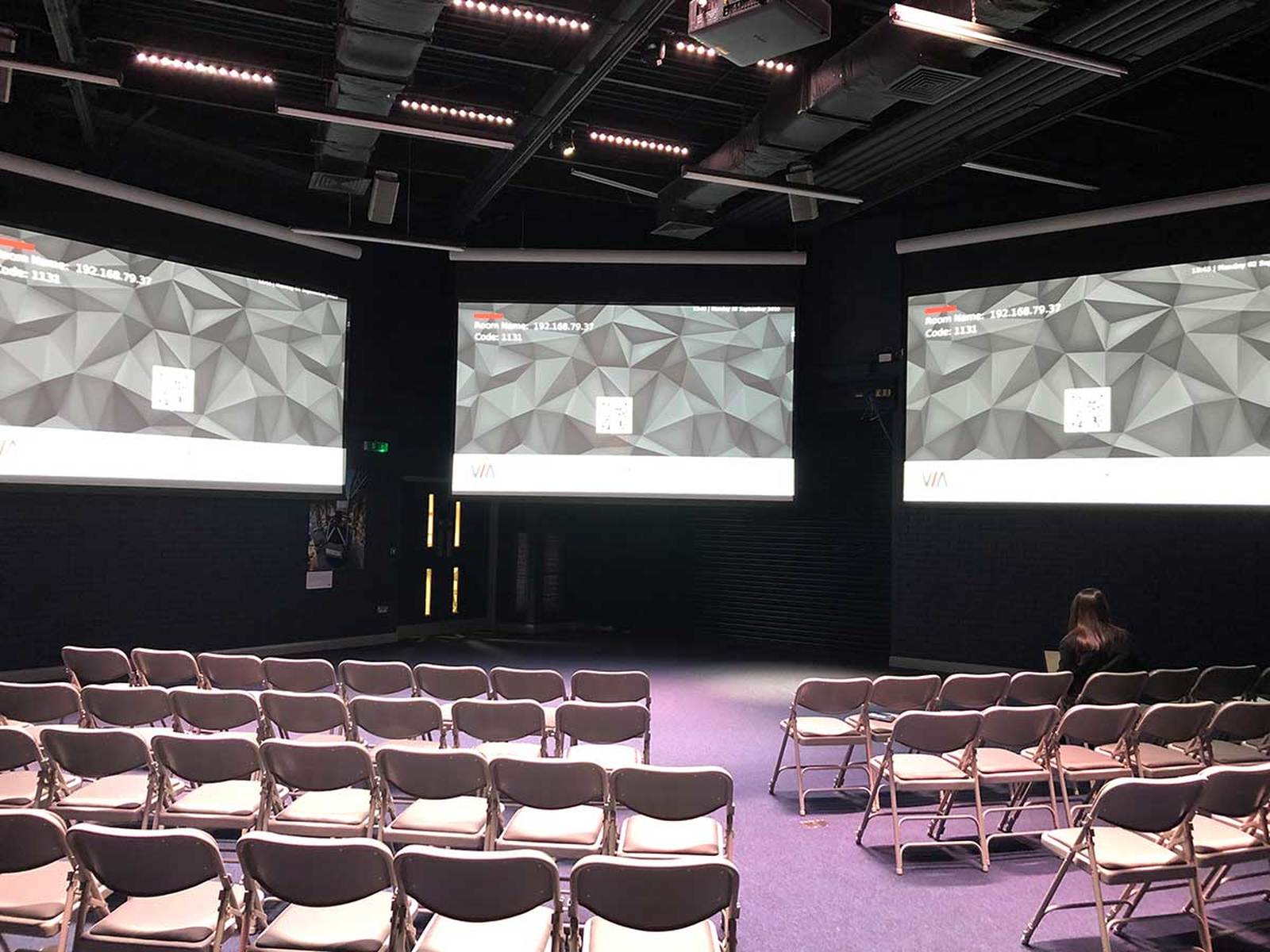 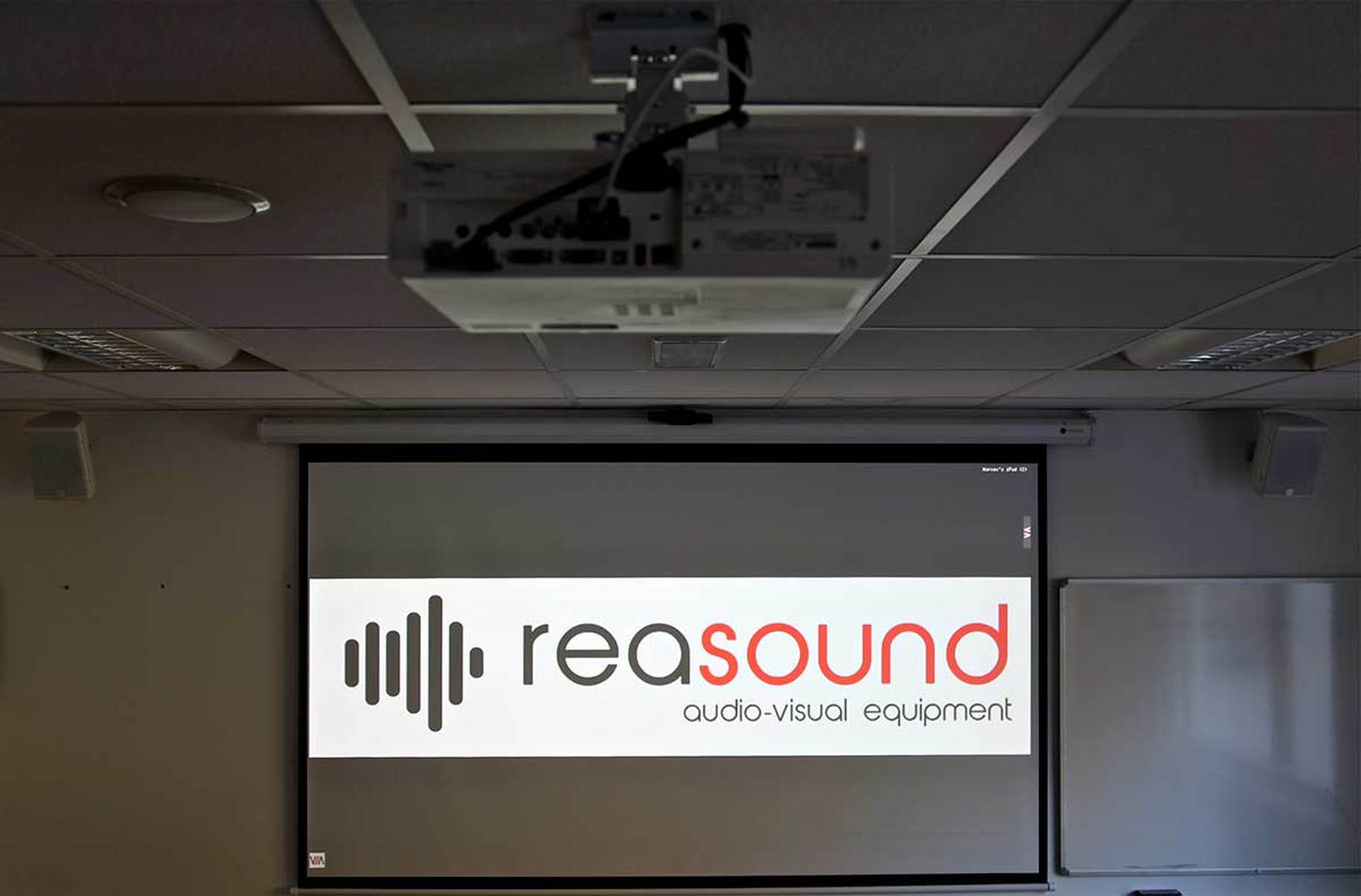 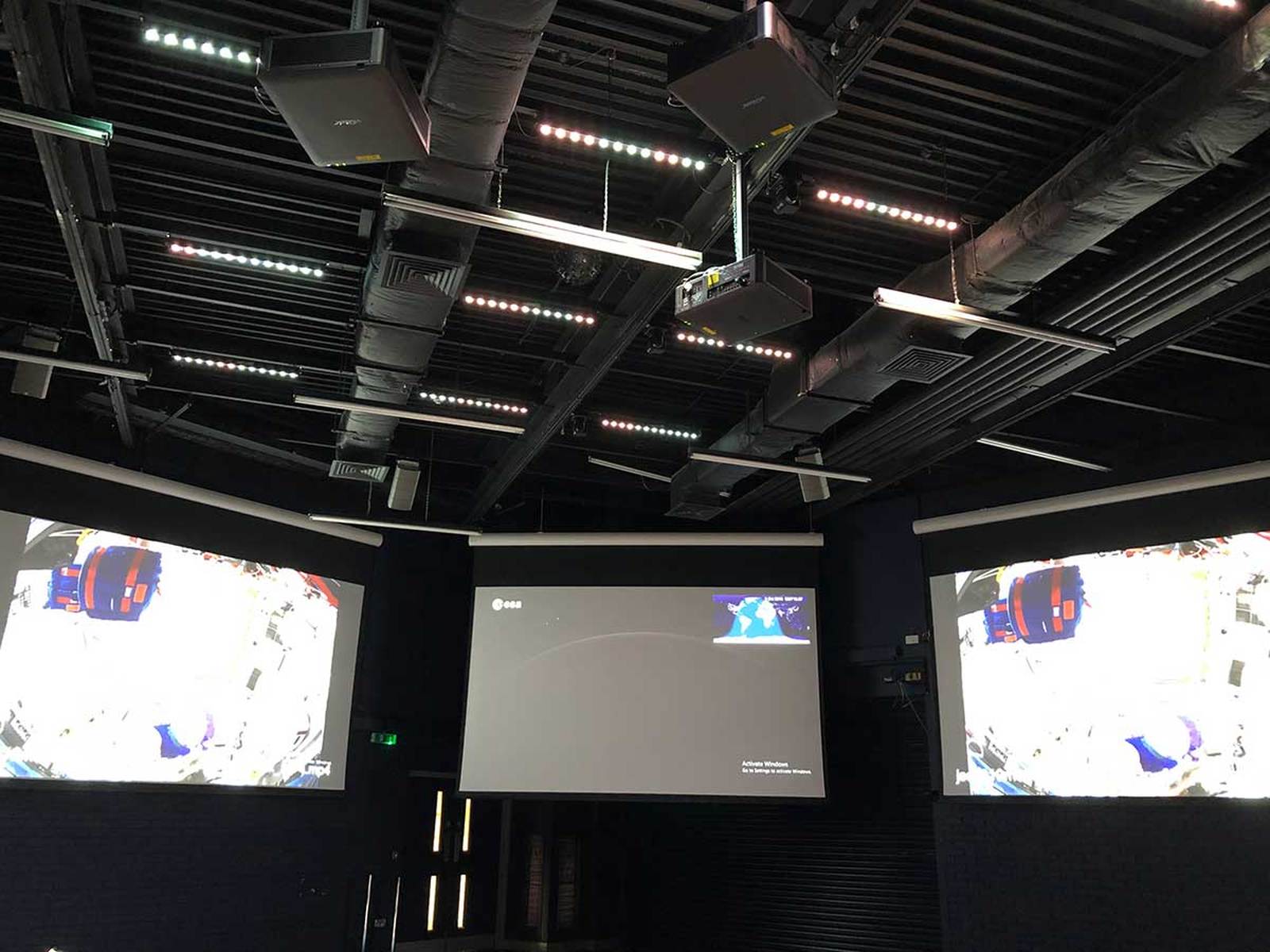 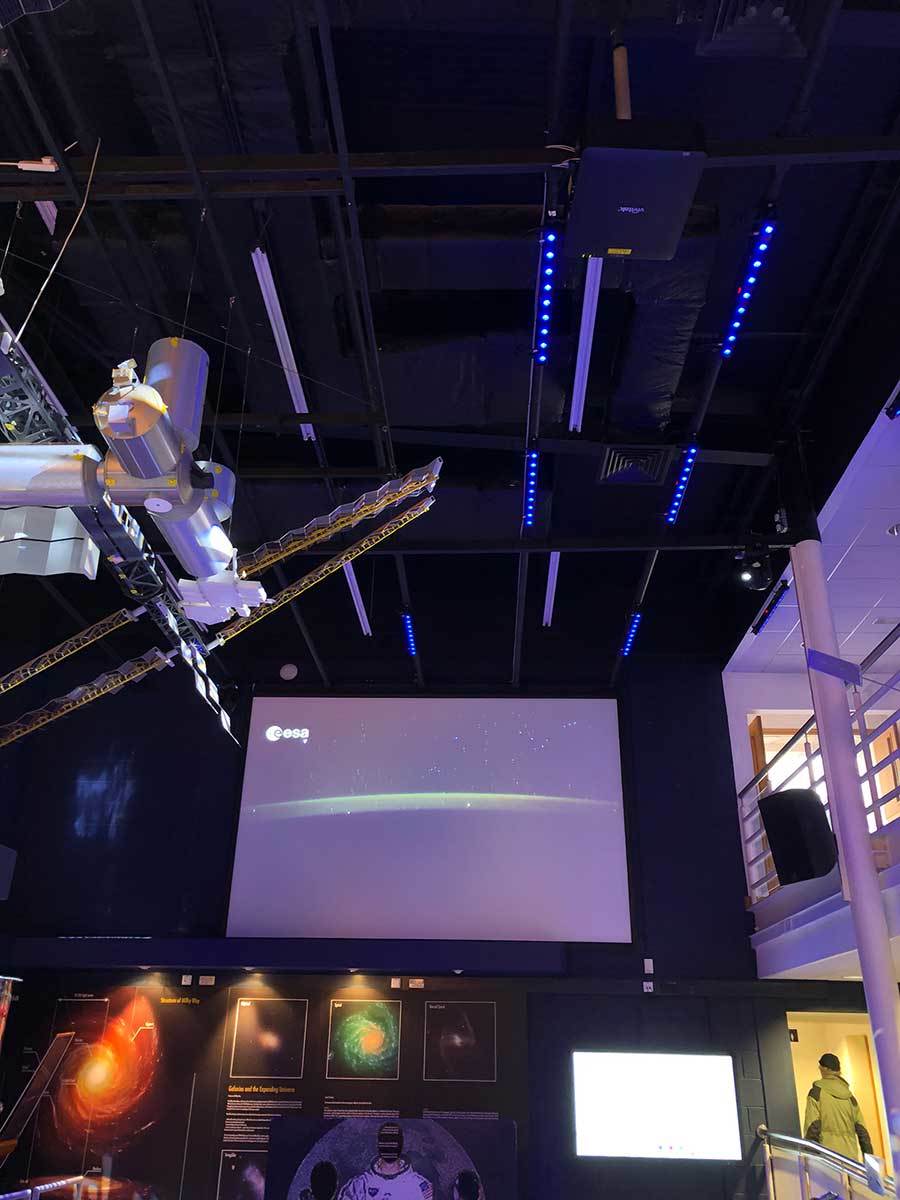 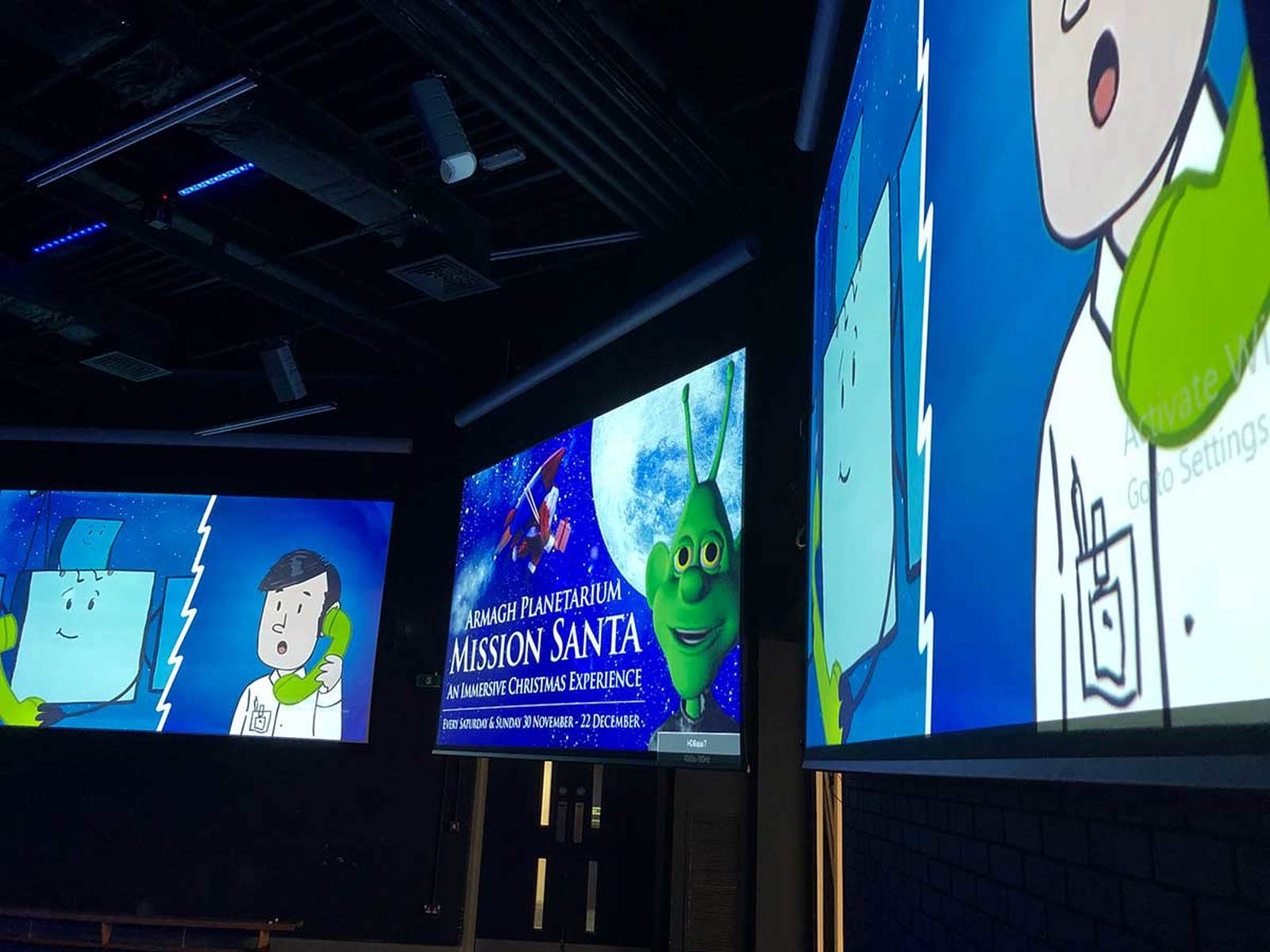 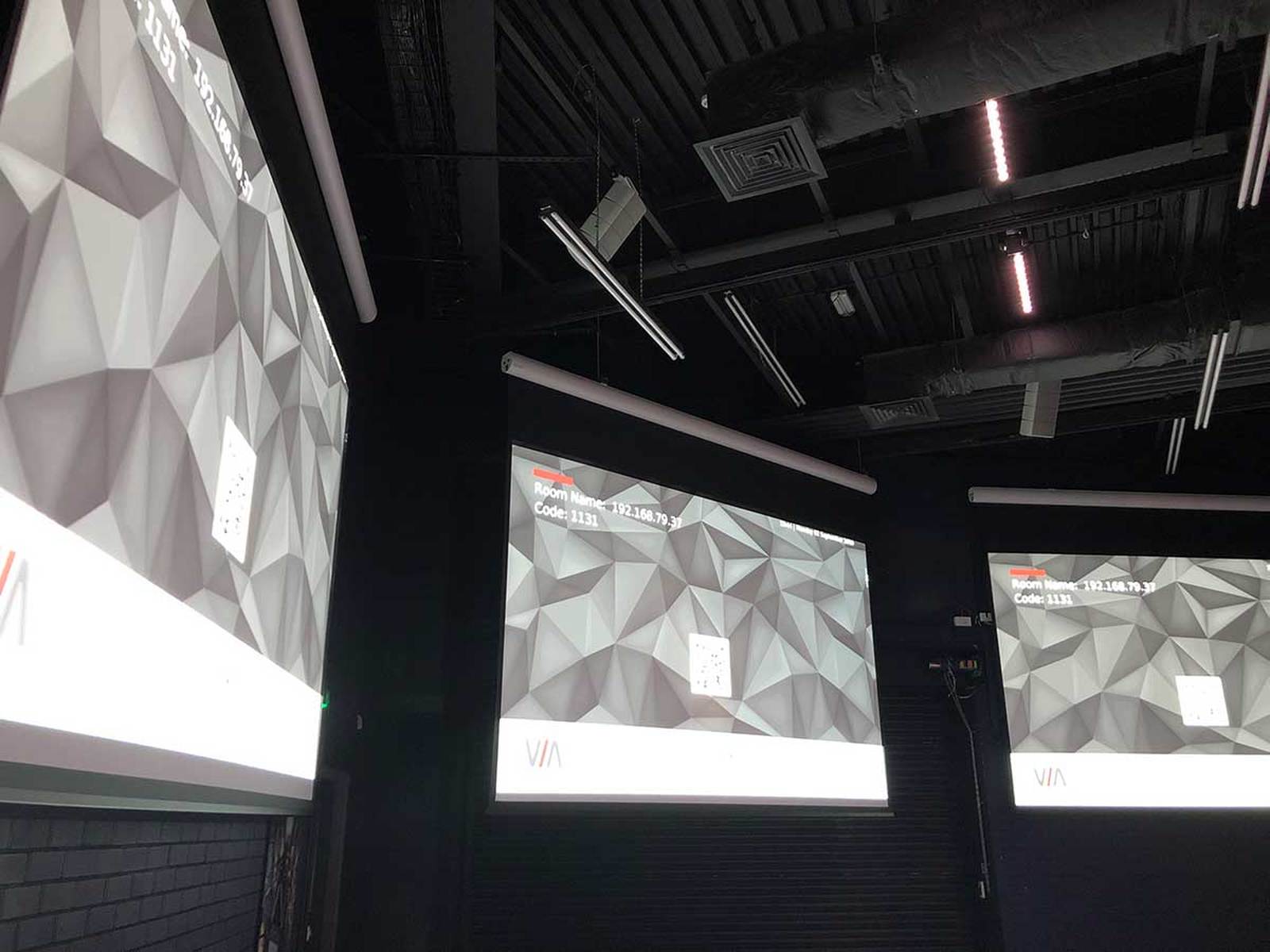 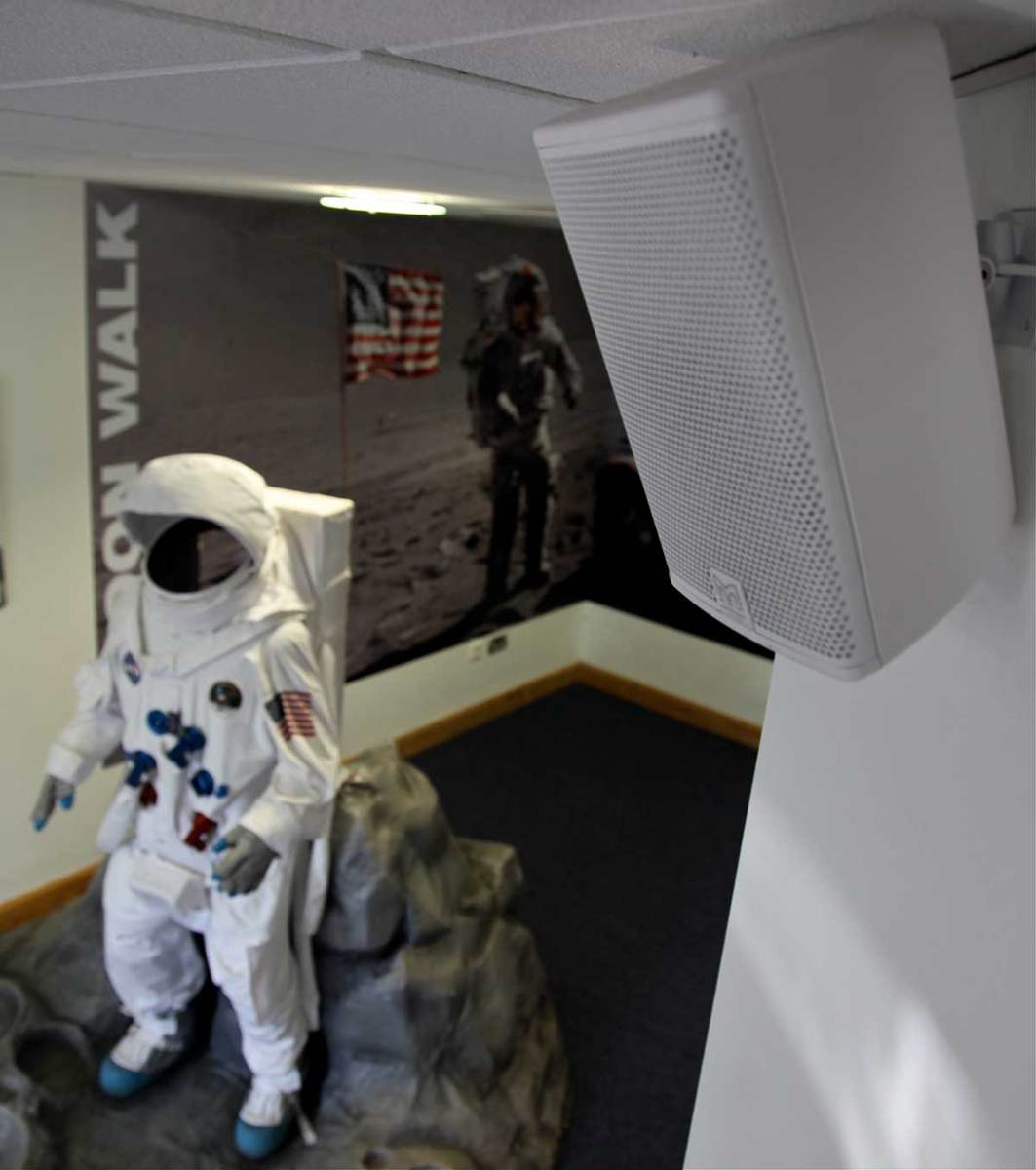 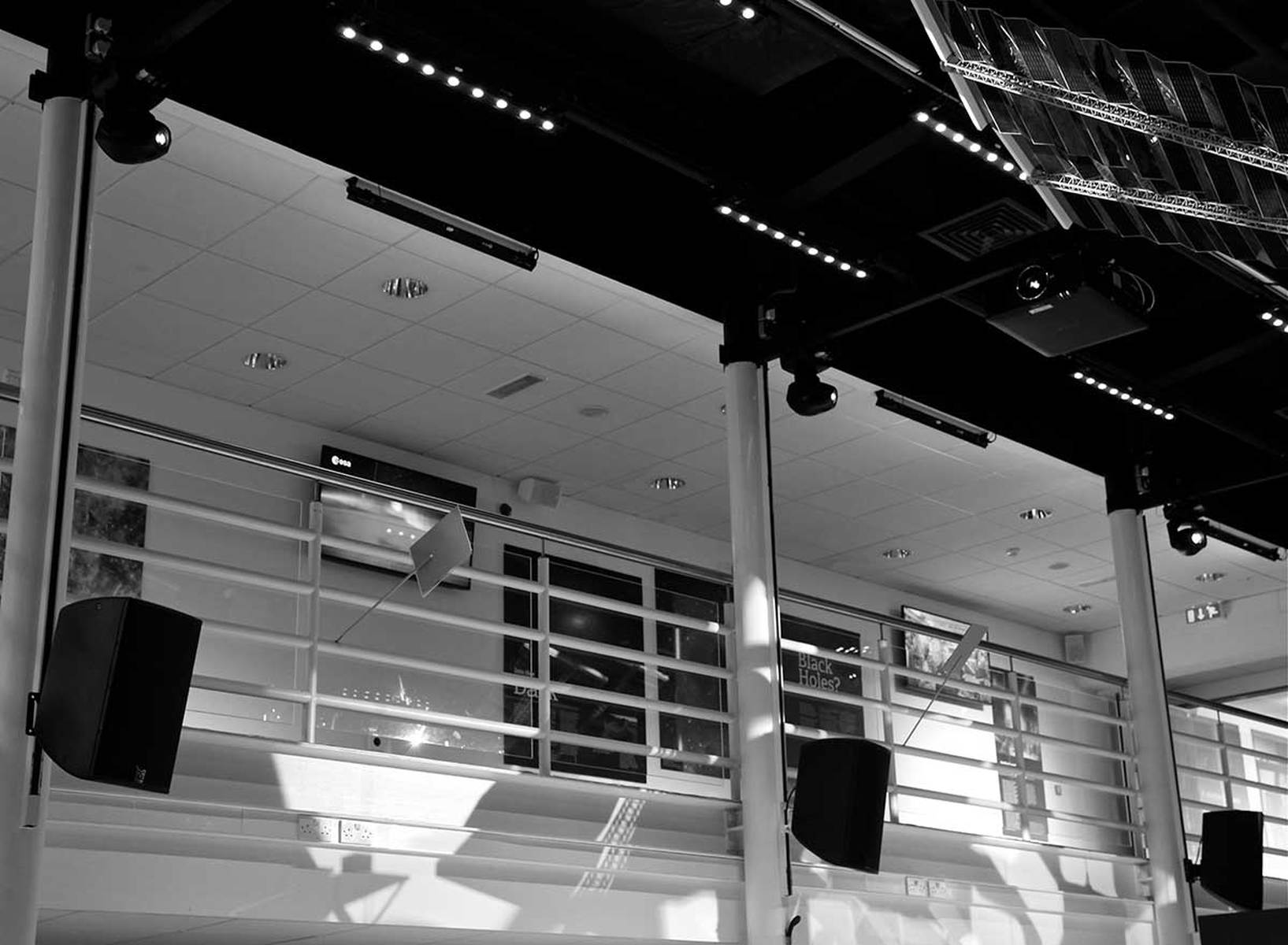 Occupying around 14 acres of landscaped grounds known as the Armagh Astropark, and flanked by the Armagh Observatory, Armagh Planetarium, is presently undergoing a major multi-phased renovation as part of the Education Authority Northern Ireland.

Long-standing local AV technology integrators and suppliers, Rea Sound, are on a select supply list for the complex, and having successfully tendered, have been upgrading the facilities with an end-to-end Martin Audio solution; this began over a year ago as part of what will become an advanced, site-wide audio-visual upgrade.

The initial scope covers all spaces with the exception of the dome, which will be subject to a separate contract at a later stage.

“The old system was 16 years old—it had reached end of life and was beyond repair,” he explained. “It was very clear from the word go that Martin Audio suited this because of the vast range of products in their catalogue. It met every single criteria.”

The new audio quality is fantastic, and can clearly be heard throughout. We are very pleased with the end solution provided by Rea Sound.

The flexible space known as the Copernicus Room offers three presentation screens, each 3.5m wide, offering 3D laser projected movies which explain the planet's relationship with science. “The space holds around 200 people and any or all three can be used in alternative set-ups. Therefore we have specified three hangs of four O-Line to compensate for these different set-ups,” continued McMullan.

“The client required clarity and even coverage, since there are lots of presentations from prominent people. The language needed to be clear, whereas the previous system just filled the room with noise.”

Describing O-Line as “a go-to system”, he explained, “we have done a lot of churches and lecture theatres with it over the years, and purely from experience we knew it would work here.”

Another key area is the large exhibition space. While it’s generally used for video playback, it is available for hire, and since it can accommodate a live band, Rea Sound have provided three CDD10s.

“CDD10 provides the flexibility to do all these things and deliver even coverage. The box is ergonomically pleasing, the sound quality is superb and it’s a nicely shaped box. After O-Line this is our next go-to product.” In a later phase a subwoofer will be added, for which the cabling is already in place.

The Board Room, meanwhile, is equipped with a pair of CDD6’s, using Coaxial Differential Dispersion technology, and playback from the computer. “It runs through an Allen & Heath dLive system and we can pick up feeds from the Copernicus Room,” Roger McMullan continues. “In fact we can route from anywhere to anywhere.” This installation is also mirrored in the Breakout Room, and the Kepler Room—a small 50-seat space, which is used by schools as well as an overflow area, linked from another room.

In the Reception area there are four ADORN A55’s for general playback and as part of the paging system (linked to the house PA/VA) with Allen & Heath custom control. Since there is also a large videowall, presenting space footage, with the appropriate range of sound FX, a Martin Audio SX110 ultra-compact sub adds bottom end presence where required. “ADORN is a very cost-effective, high quality speaker in that price bracket and carries on the Martin Audio tradition for value,” appraises Roger McMullan. “It’s also a nice-looking box.”

In fact A55s can be found in various locations such as the Café (where there are four wall-mounted enclosures), as well as the Corridor and public spaces, back offices, warehouses and workshops, where they are used as a highly cost-effective utility speaker.

Rea Sound have now completed two of the four phases and they already have more CDD5 and CDD6 speakers lined up for the Library and Rocket Room, which will form the next phase.

“Thanks to the upgrade in loudspeakers, interactive screens and digital networking the facility will now be able to extend its scope of marketing to a higher standard, making it more competitive than other venues,” stated Roger McMullan in conclusion. “In fact it is already being used by a number of multinational brands.”

Stated Ciaran Magee, Head of IT, Armagh Observatory & Planetarium, “The new audio quality is fantastic, and can clearly be heard throughout.We are very pleased with the end solution provided by Rea Sound.”