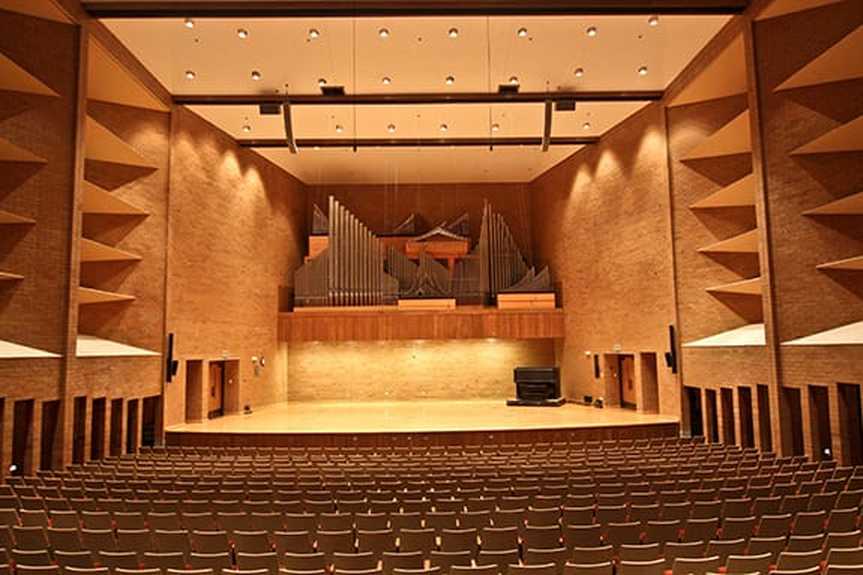 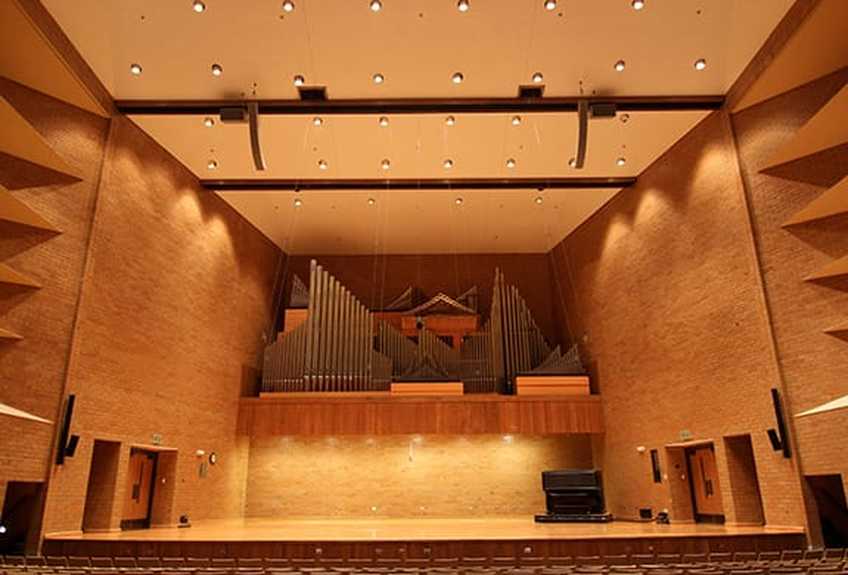 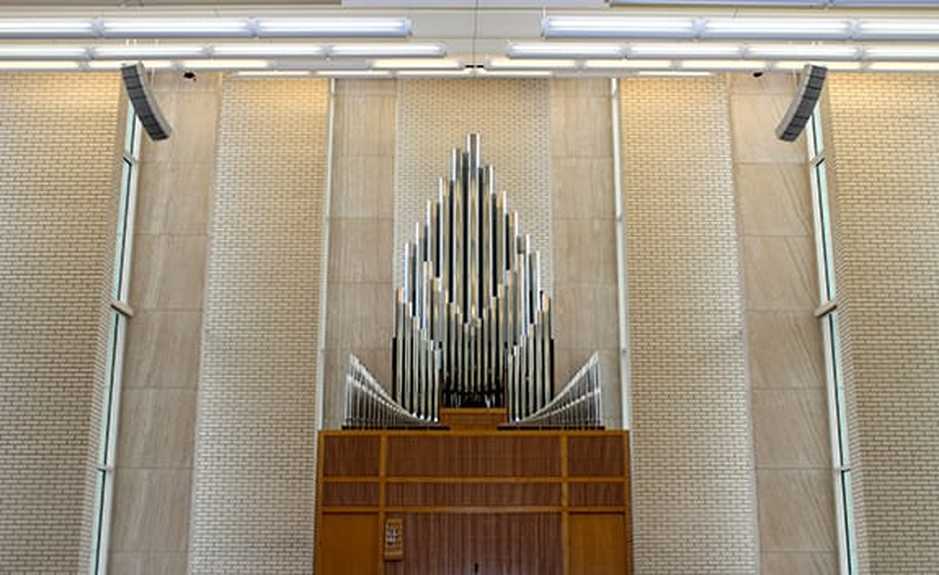 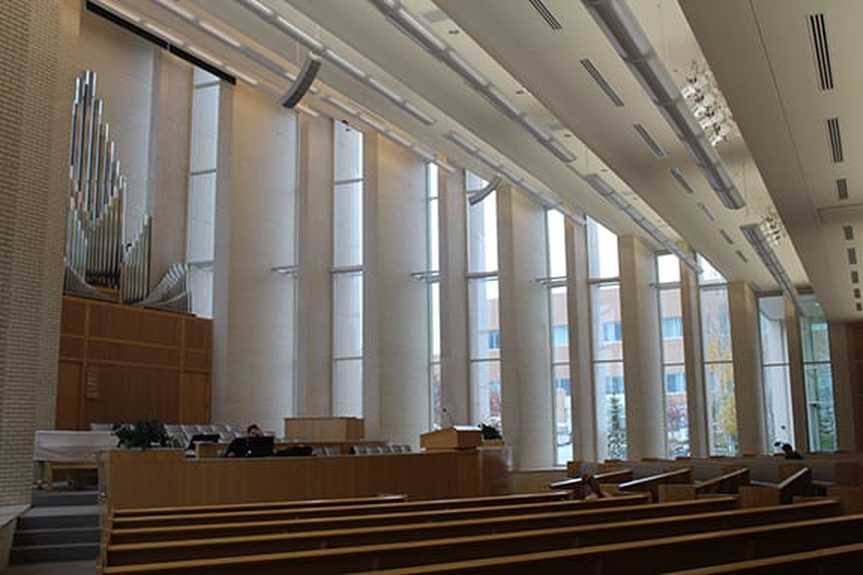 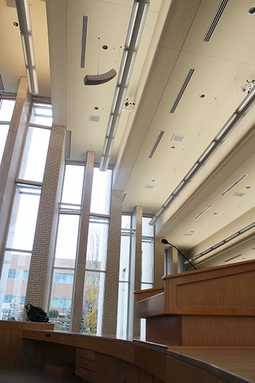 Jon Perdue, A/V Production & Broadcast Manager for the University details the challenge: 'Barrus auditorium also functioned as a chapel and the original sound system lacked clarity and wasn't up to today's standards in terms of quality for vocals and instrument reproduction.

'The university had authorized us to upgrade but the music department was very concerned about hanging a conventional system in the room or having ground-stacked speakers alongside the stage for feat it would look intrusive.

'I was speaking with my friend Robert Weddings at RMB Audio,' continues Perdue, 'and he had been telling me about this amazing sounding and ultra-compact OmniLine array from Martin Audio. We arranged for a system to be sent to us and proceeded to demo the OmniLine in both venues. After extensive testing, we were convinced this was the system best suited for these acoustically challenged environments.'

Coupled with its impressive sound, OmniLine's unobtrusive appearance proved to be decisive: 'The array's small size and the aesthetics of the system were crucial factors for the administration,' Jon points out. OmniLine passed with flying colors in both rooms and the Administration thought the clusters looked very attractive in the venue. To be honest, it was a very easy sell. The results were jaw dropping!'

In order to cover the Barrus Auditorium, a spacious 682-seater which hosts over 110 events a year, Perdue and his crew hung 16 OmniLine modules per side, each with an AQ210 sub flown alongside to support the low frequency requirements for the program material without losing any clarity.

When the stage is extended for certain events, the four bottom modules can be turned off to compensate for the first five rows. This setup has proved to be far more than adequate for the choral and orchestral groups, pianists, light jazz ensembles and acoustic music events that are held there.

Commenting on the Barrus installation, Perdue adds, 'Because it's such an acoustically 'live' apace, they wanted a natural-sounding system. It had to be accurate and lend itself architecturally to the room's design. That was a huge challenge, but the fact that the OmniLine boxes sound so musically and acoustically transparent was a major plus.'

The Taylor Chapel is a multi-purpose venue that holds approximately 450 people with an overflow capability in three smaller rooms that can accommodate an additional 850. Two discrete eight-module OmniLine arrays hung on either side of the rostrum cover the chapel along with two AQ210 subs under the stage cover the chapel.

While Barrus auditorium is ostensibly designed for sound, the Taylor Chapel is another story. 'The room is very challenging,' Perdue explains. 'The roof line is stepped, very high over the stage, then drops down three feet every four feet through the rest of the room. The sides are splayed outwards and made up of floor to ceiling windows, also a problem, but the OmniLine works really well for speech intelligibility, which is the main concern as well as reproduction of acoustic music.'

Summing up the impact of the audio upgrade, Jon concludes 'Since the installation of these two systems, the university has had nothing but positive feedback from the audience to performers and administration. Our A/V team's experience with the Martin Audio team and products has been a positive one in terms of quality, professionalism and customer service."