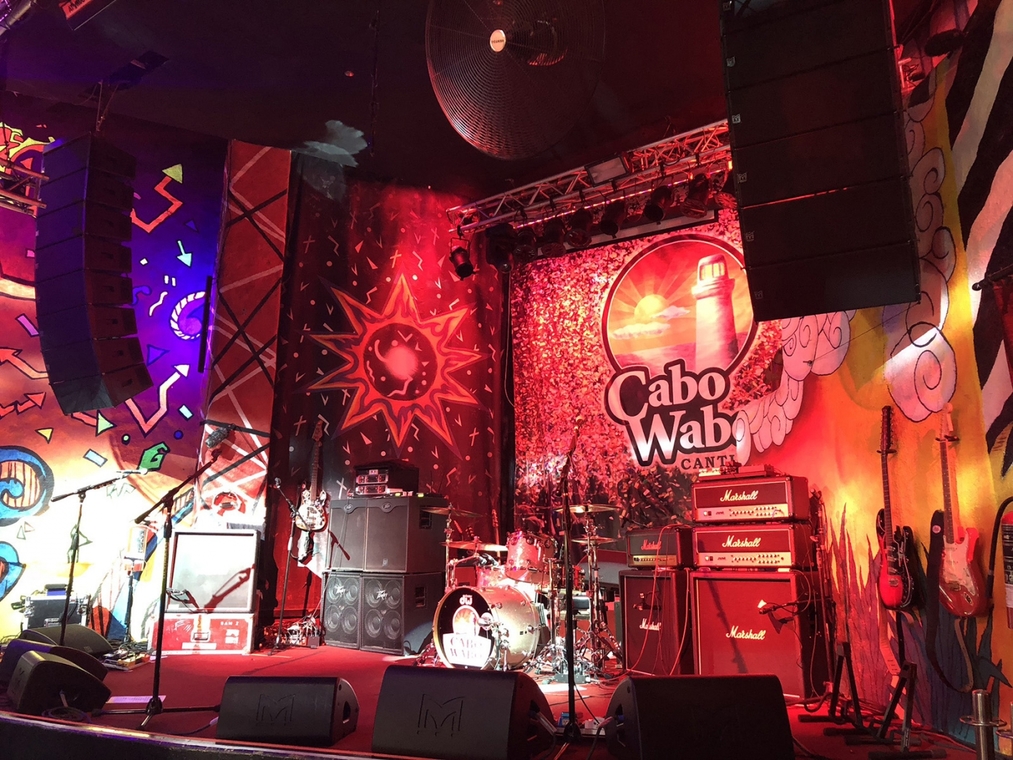 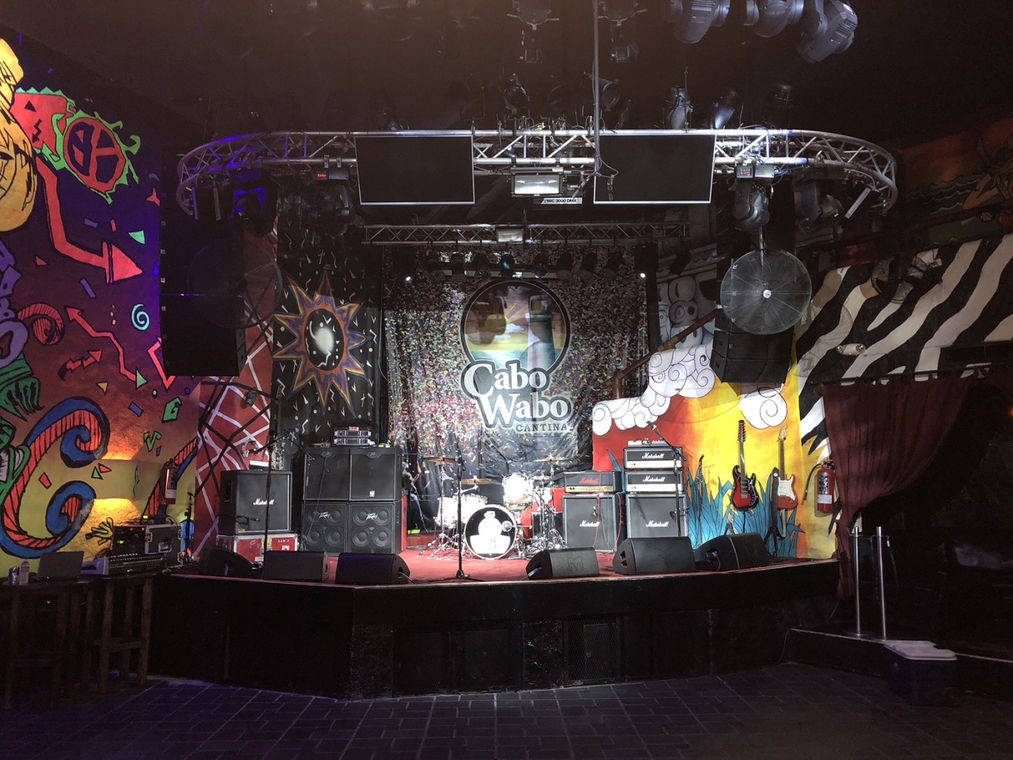 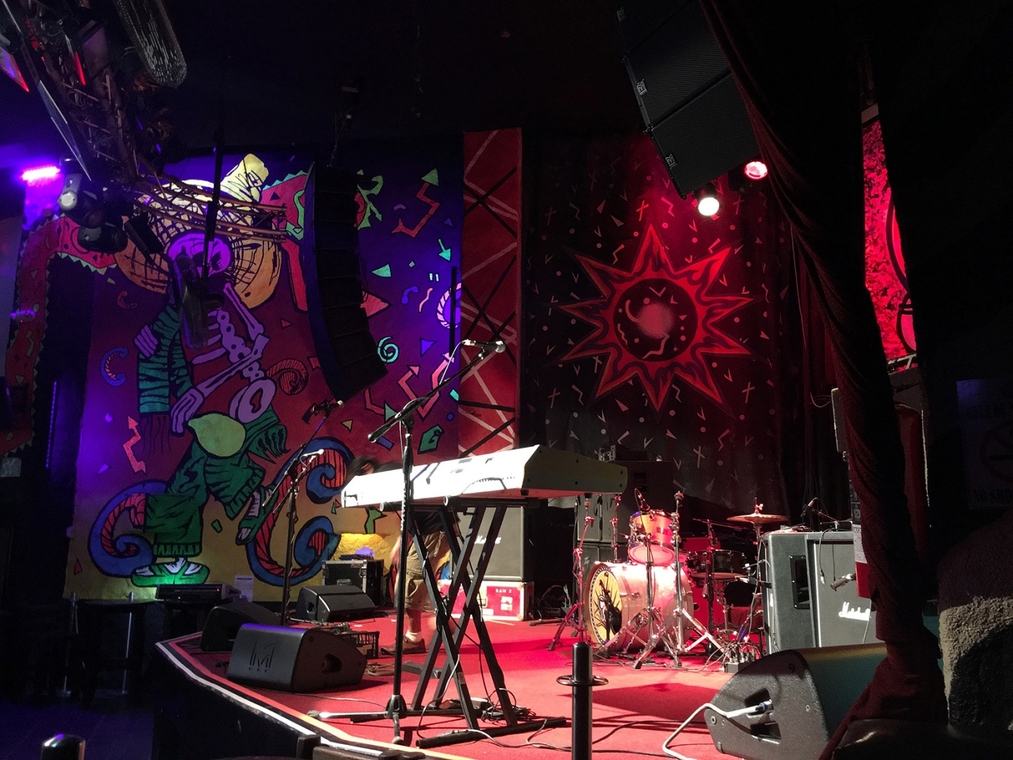 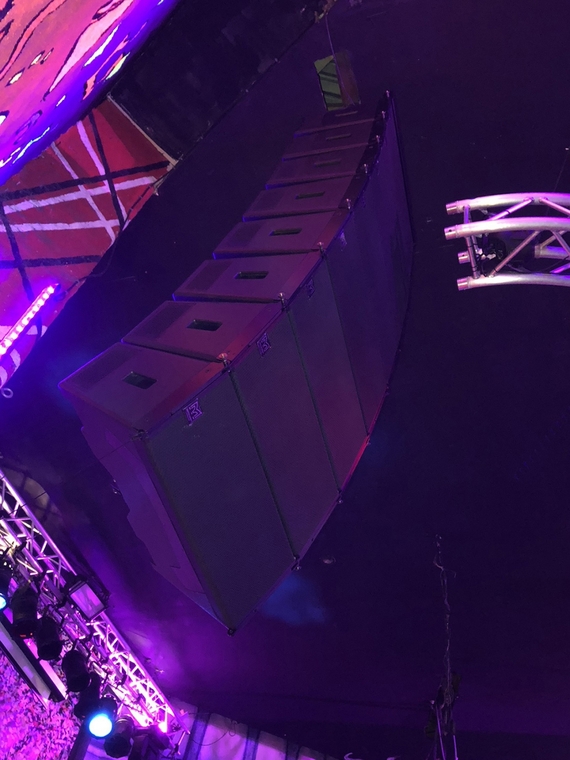 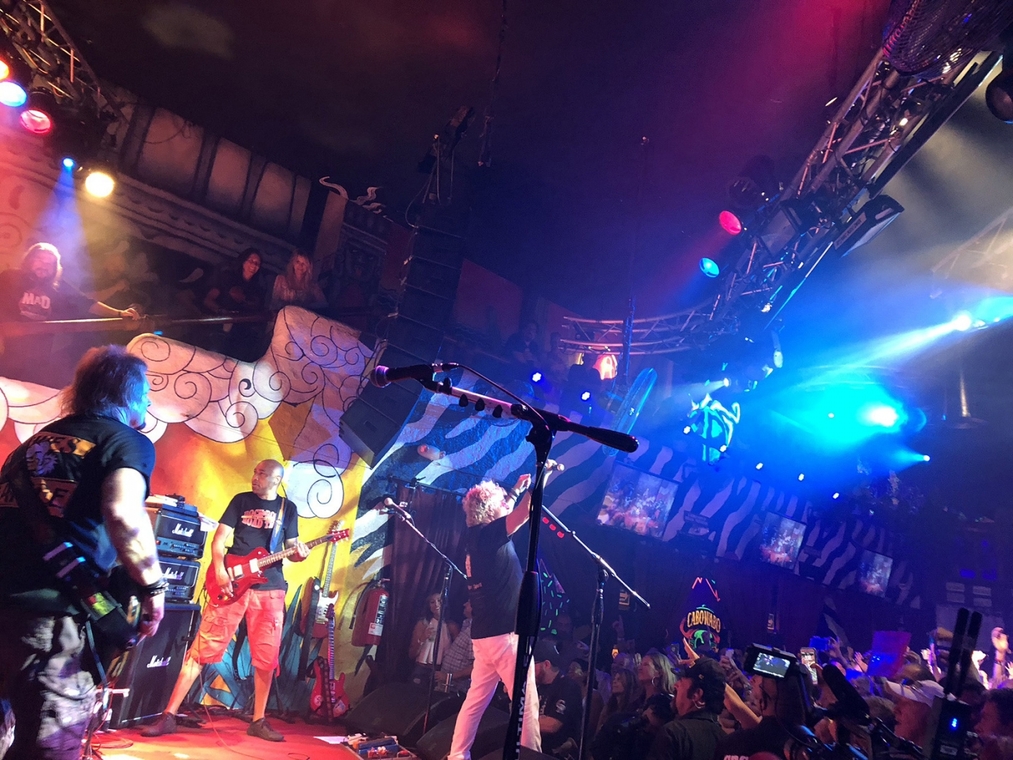 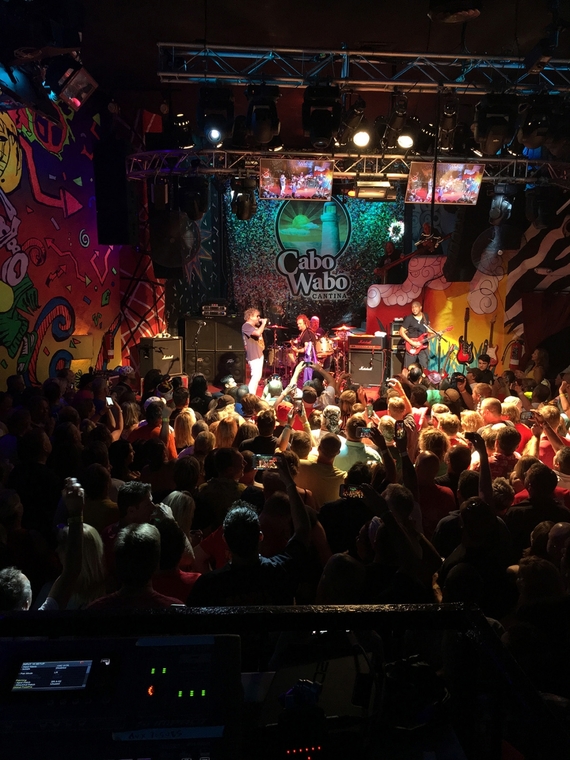 The Wavefront system for Cabo Wabo was designed and commissioned by Jim Risgin of OSA International, Inc. working in collaboration with local contractors and Martin Audio Distributor Audio Acoustica. Initially founded in 1990, Cabo Wabo needed a new PA system after 27 years, especially given the Birthday Bash was coming up in the near future.

According to Jim, who installed and tuned the system, 'Martin Audio WPC was chosen because it was the proper form factor, right size and had a good aesthetic look for the club. They needed a substantial PA, so we flew six WPC boxes a side with four SX218 subs mounted in the front face of the stage. The monitor complement includes four Martin Audio XE500s and four XE300s.'

The XE Series monitors feature Martin Audio's unique Coaxial Differential Dispersion technology and are designed as a complete system that maximizes the capability of the monitor while ensuring both engineer and artist will experience the same high level of consistent performance from an XE monitor anywhere in the world.

'The system will be used 365 days a year and we fully anticipate the reliability to be great,' Jim explains. 'There's a grand total of nine iKON iK42 amps installed for system control and DSP tuning is all done inside the amps. We used 2-box per channel resolution which worked out well, the coverage is spot on. All and all, the system did what we wanted it to do and more.'

Asked about reaction to the WPC system's performance, Jim responds: 'Everyone is really happy with it. The club manager and Sammy's partner Jorge Viana was ecstatic about the way it sounded and how well it worked for the venue. The house sound guys were very impressed by WPC's performance and capabilities and they're looking forward to mixing on it every day.'

On first encountering the XE Series monitors Jim recalls, 'Sammy walked up to the wedges, sang a phrase, looked over at Jim Jorgensen, his monitor engineer, and said, 'I've never heard myself like that before.' Then he looked at me and asked, 'are you the guy who's responsible for this PA?' before thanking me and saying, 'First time I've ever heard myself in here.'