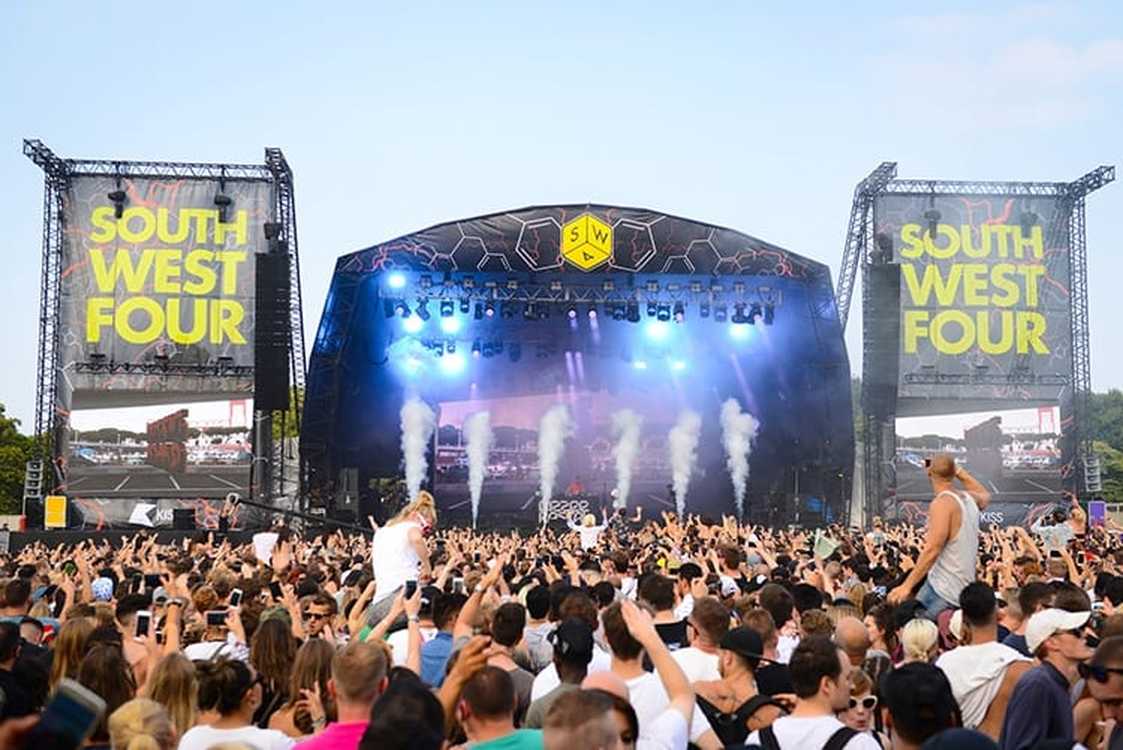 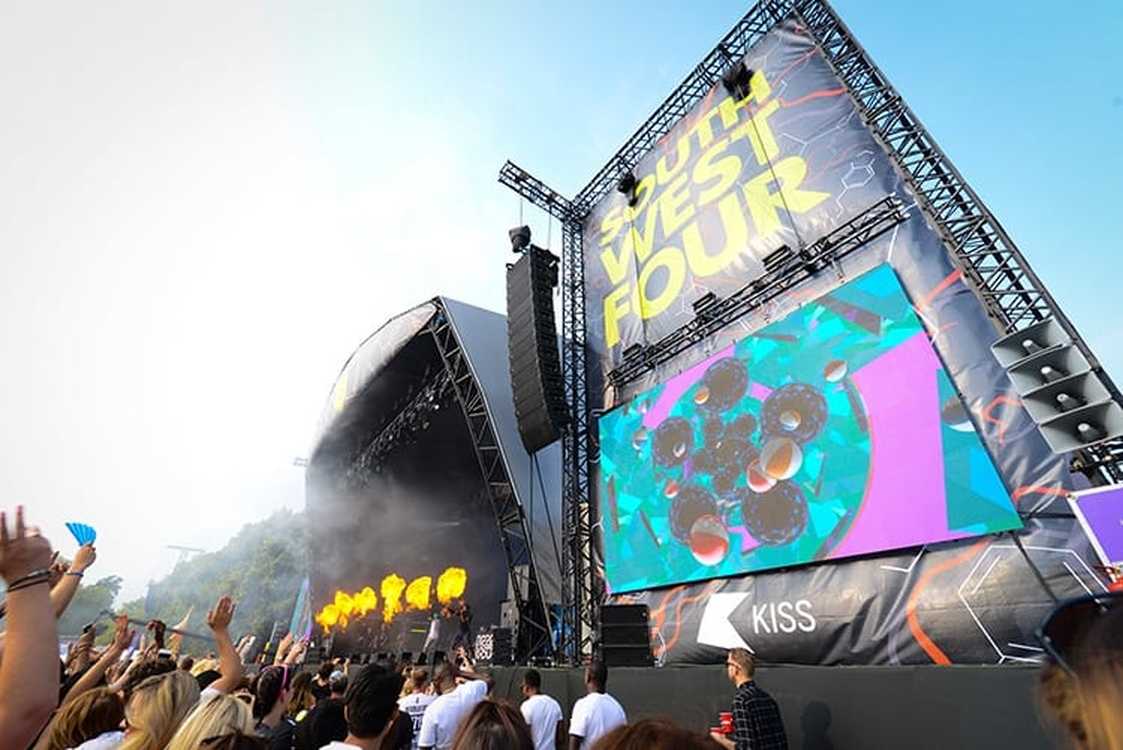 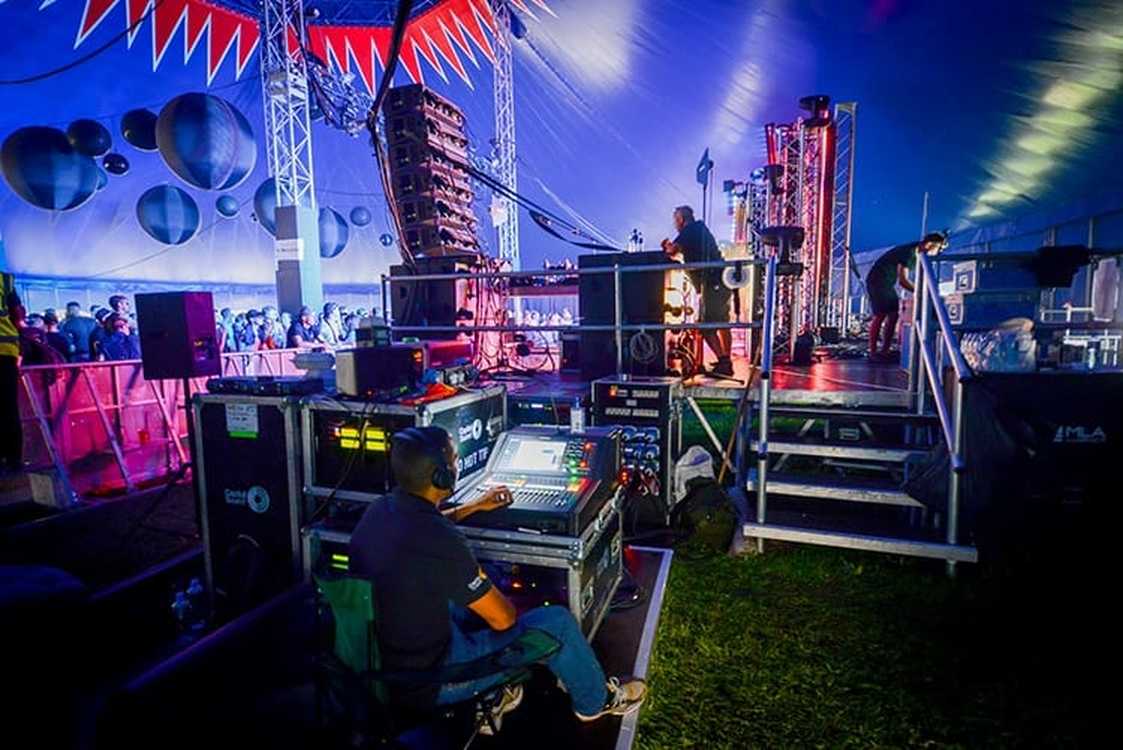 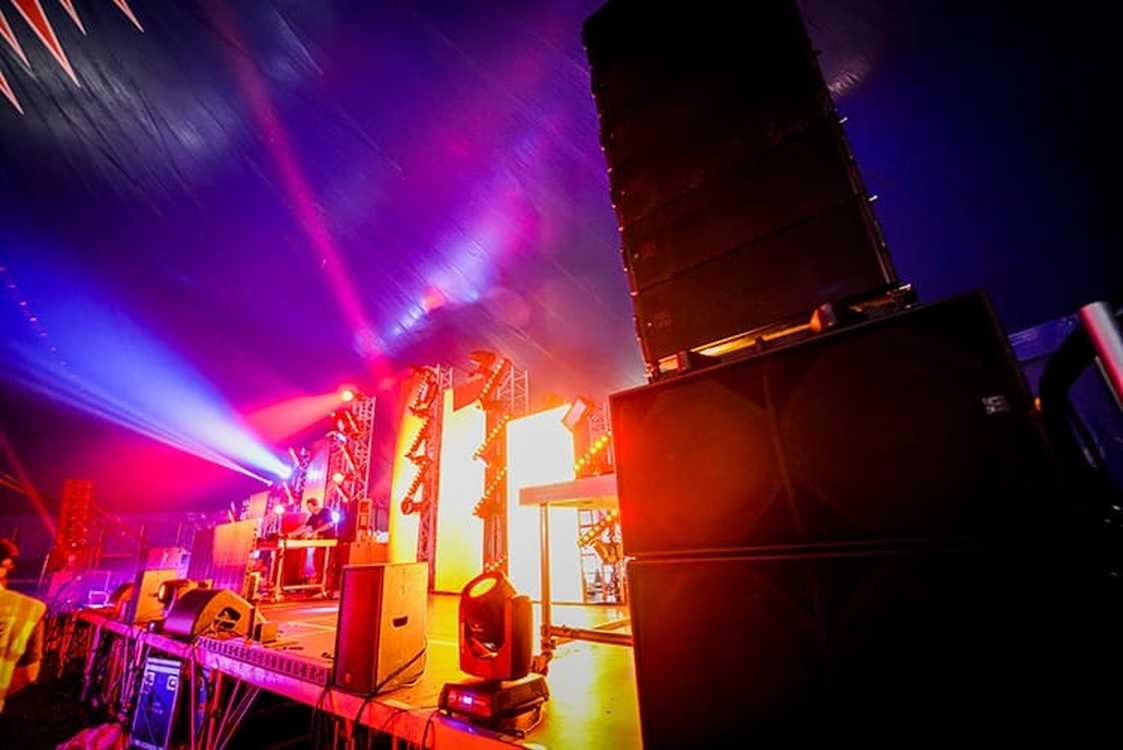 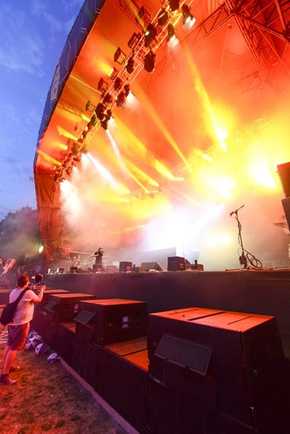 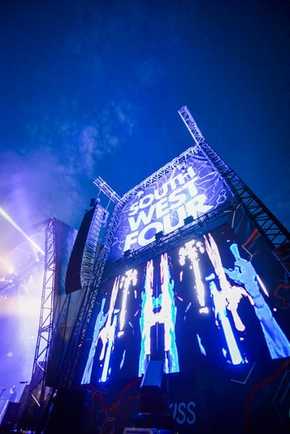 CAPITAL AND MLA RAISE THE TEMPERATURE AT SW4

Capital account manager Martin Connolly confirmed that while the MLA family was again featured in all areas, the MLX subs were deployed in two different formats, namely a broadside cardioid array on the main stage whilst stages 2 and 3 had cardioid stacks under the hangs. On Stage 4, four WS218X subs were set each side on stage in an end-fire configuration - all of which saved on valuable space between pit and barrier, normally occupied by the sub arrays.

But the biggest change on what has traditionally been a noise sensitive site, was that late in the day Lambeth Council issued guidance of control documentation, confirming the new sound thresholds. However, they set the limitations in C-weighted values (rather than the more customary A-weighted figures recognized by sound engineers. Three Spires Acoustics were again appointed as the on-site measurement consultants.

The Festival had announced these sound level increases as 'Breaking News' late in the day on the official website, stating. 'We would like to take this opportunity to say a truly massive, heartfelt thanks to each and every single one of you who has personally supported us over the last three years (and in particular this year) with our fight to get sound levels increased on Clapham Common …  We look forward to bringing you the biggest, most explosive and loudest South West Four EVER.'

Martin Connolly welcomed the formal documentation which legitimised the sound levels but was surprised by the decision to impose this in C-weighted values. 'These measurements include much more of the low-frequency range of sounds than the A and B scales. However, C-weighted is very difficult for live engineers to interpret.

'We were fortunate, however, that by using the new [Martin Audio] DISPLAY software, with FIR filtering to improve LF control, we could achieve really good levels and work within the offsite limits.' Capital were also fortunate in having the experienced system tech Toby Donovan on hand to carry this out.

For the Chemical Brothers' experienced sound engineer Shan Hira, using an analogue desk and outboard set-up, this correlated to a maximum of 102dB(A) at the mixer - with all other stages closing at 9pm. 'However, I was surprised we managed to peak at the same level for Rudimental the previous night, as all the other tents were still functioning up to 10pm-10.30pm,' noted Connolly.

While Main Stage and Stage 2 both featured an MLA rig, Stages 3 and 4 were equipped with MLA Compact. The subwoofers were as described above, with one notable exception. Martin Audio R&D director Jason Baird suggested an asymmetrical dispersion pattern on the main stage sub array to make the dispersion narrower on the noise sensitive side. Again, Toby Donovan took care of the programming, helping to monitor offsite sound spillage from a cabin behind FOH, along with Three Spires,

Summing up, Martin Connolly said, 'This was a landmark for Clapham Common and I know the promoters were happy with the sound levels achieved. Historically, Clapham Common has only been 96-98dB(A) - so by raising this to the equivalent of 102dB(A) while still hitting the offsite limits with MLA it was a major breakthrough.'