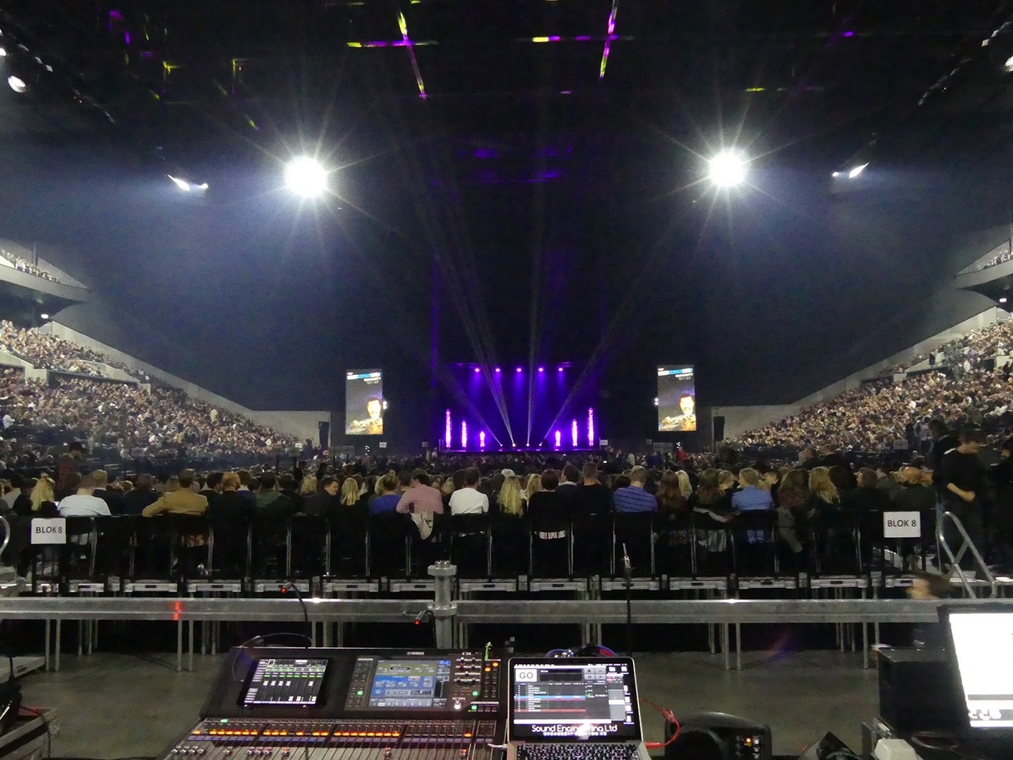 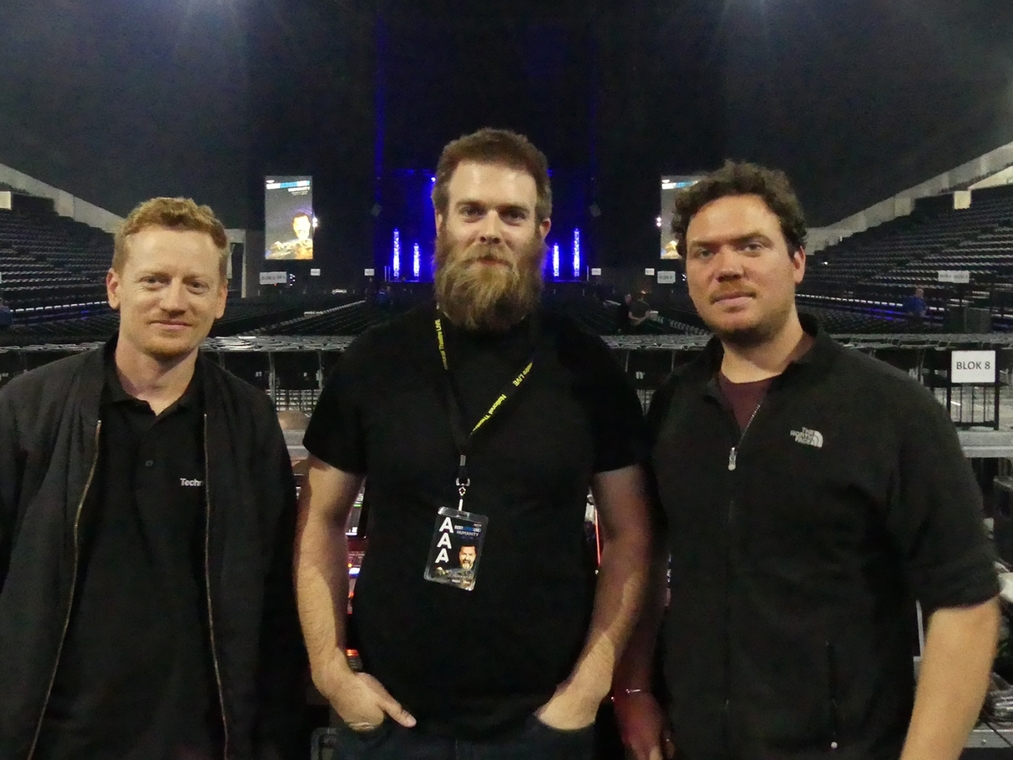 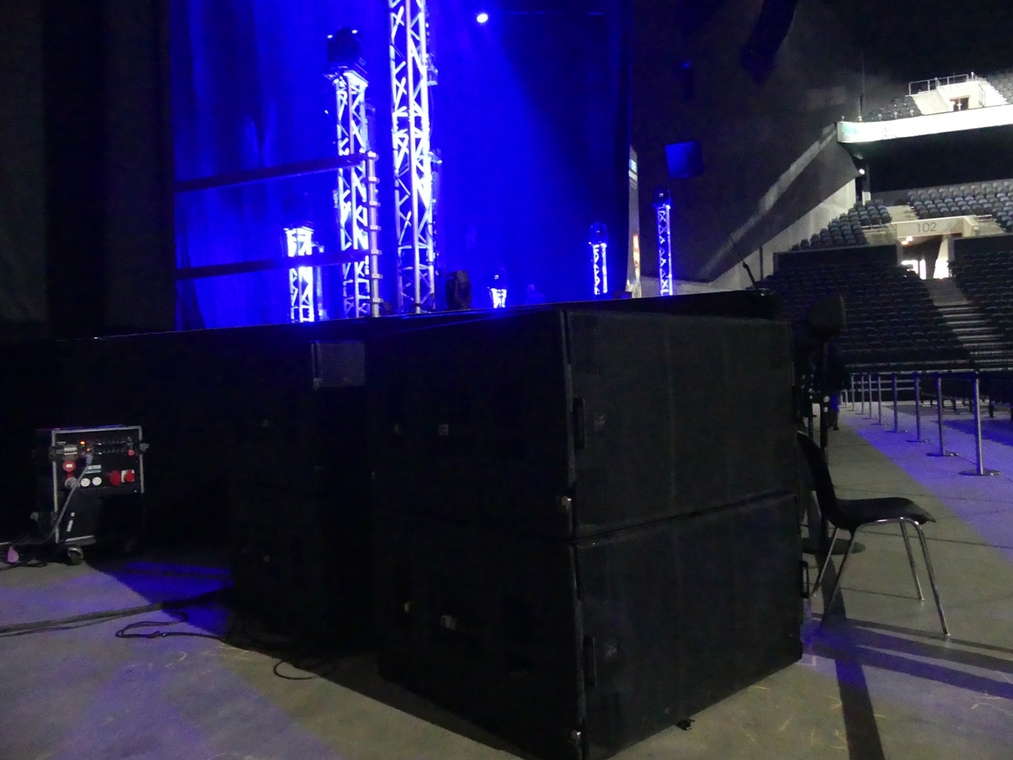 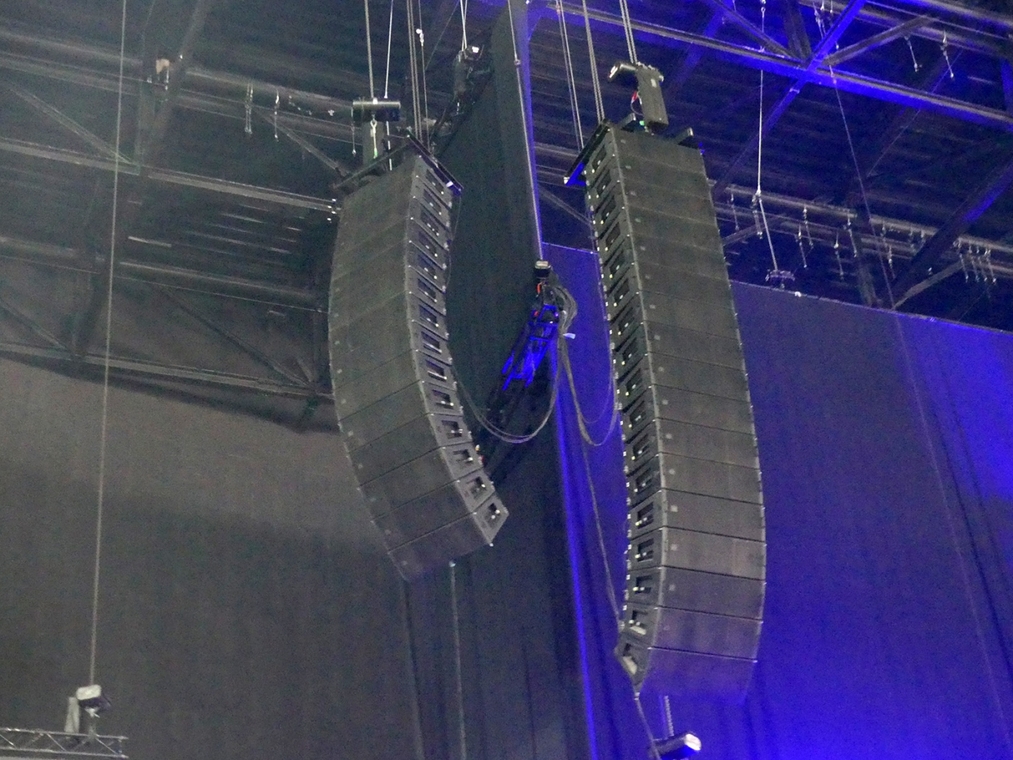 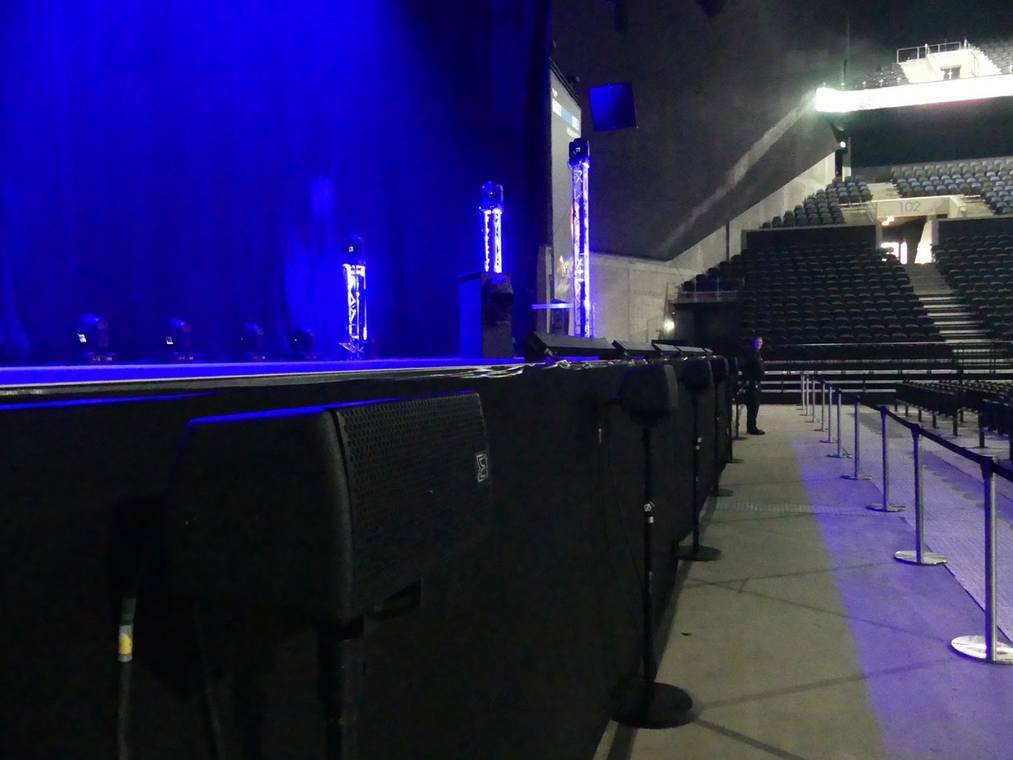 Ricky Gervais recently performed a sell out show at the Royal Arena in Copenhagen - just ten days after another successful gig at the Oslo Spektrum in Norway, as part of the Humanity world tour.

The Humanity tour is his first new show in seven years has been wowing critics with many believing it to be his best and most considered standup.

Sound reinforcement for both Nordic shows was handled by Capital Sound, whose Operations and Development Director, Paul Timmins, reports that his company had been approached by sound designer Chris Whybrow. The latter had been aware of the London-based production company's flagship Martin Audio MLA, with its unique multicellular controllability, and sensing this would raise production values, he swiftly introduced them to the artist's production manager, Gordon Isaacs.

Whybrow recalls, 'I knew on paper that we should achieve a more controlled environment onstage from this system; however I didn't quite expect the experience of standing on stage, in a 15,000-seat empty arena, with an omnidirectional microphone turned on, to hear the arena so precisely controlled.' He added that achieving minimal reflection back onto the stage had been their main focus.

Capital Sound and MLA has pedigree when it comes to comedy, having handled numerous tours for the likes of Michael Macintyre, Lee Evans and Kevin Bridges. The challenge for comedy in large arenas is to deliver an intimacy through coverage consistency and intelligibility because if the audience misses one word, the joke's not funny. With MLA the ability to control sound reflections in an arena and deliver smooth coverage consistency throughout ensures every word embraces the audience and enables the sense that the performer is right in front of people, no matter where they sit.

If the Oslo concert was deemed a success, the second show in Copenhagen became officially the largest comedy show ever to be staged in Denmark, with the 14,500-capacity venue completely sold out.

The PA system for both comprised 17 MLA elements per side, with a single MLD Downfill at the base, supported by side hangs of 13 x MLA. Four MLX subwoofers, in end-fire configuration, extended the low frequencies while eight Martin Audio DD6 provided front fills. Sound at the rear in Copenhagen was provided by four delay hangs, each comprising six elements of MLA Compact.

Capital supplied a four-man PA crew at both events, headed by Joseph Pearce and Finbar Neenan, with local MLA techs provided by partners in Scandinavia.

In conclusion, Chris Whybrow stated, 'When asked to provide a sound design for these two arenas, I trusted MLA would give us the best outcome for what we needed. It certainly delivered on all fronts, every seat evenly covered with minimal reflection back onstage.'