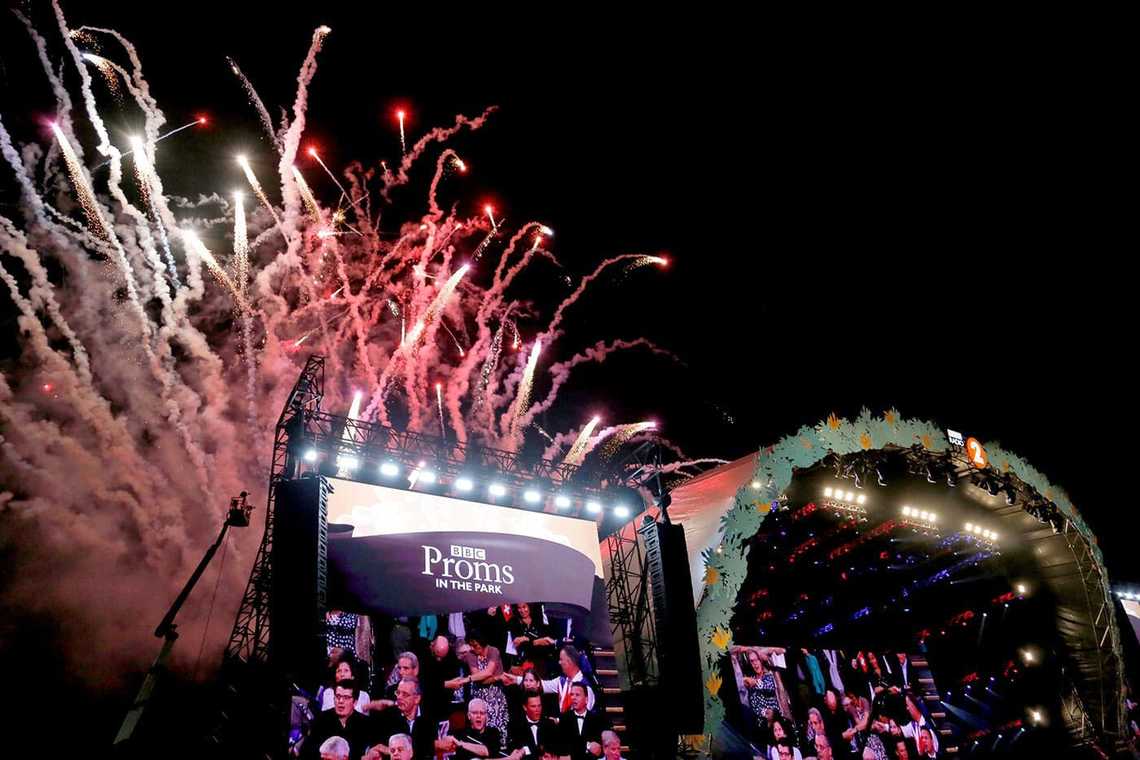 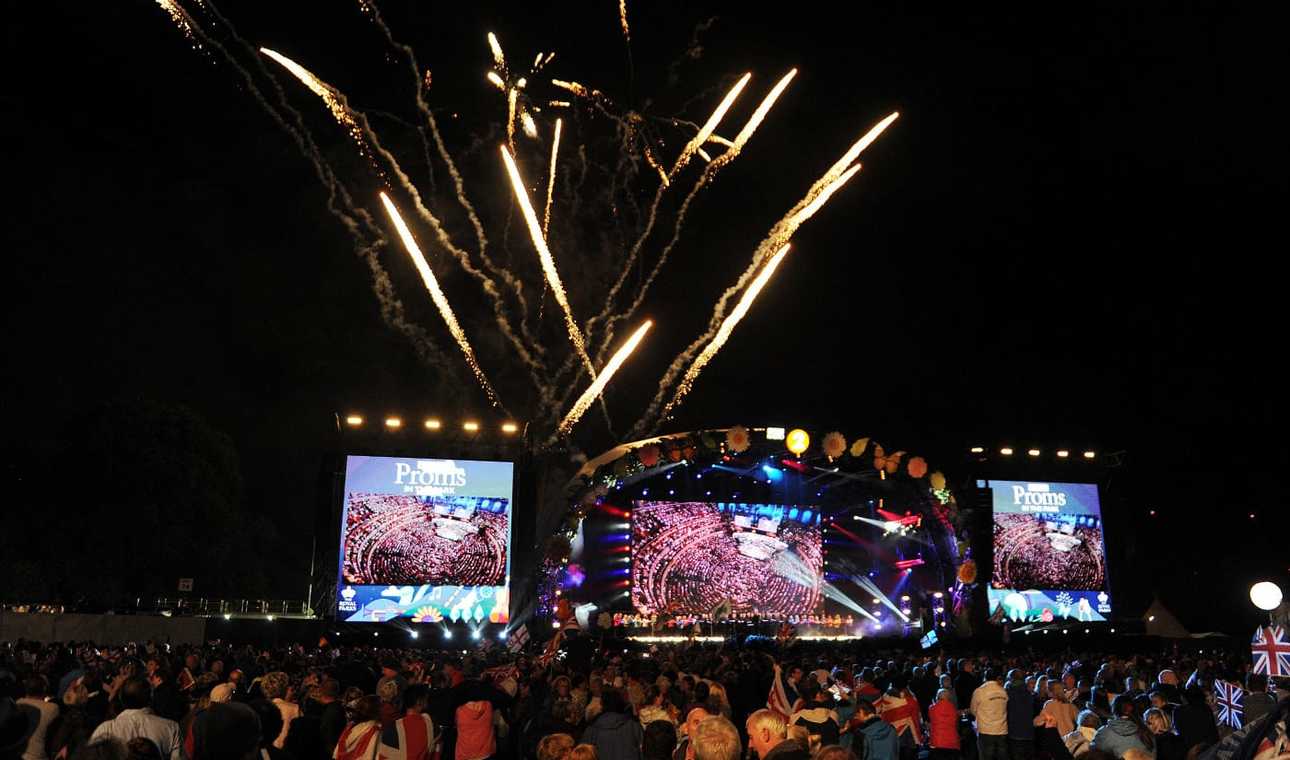 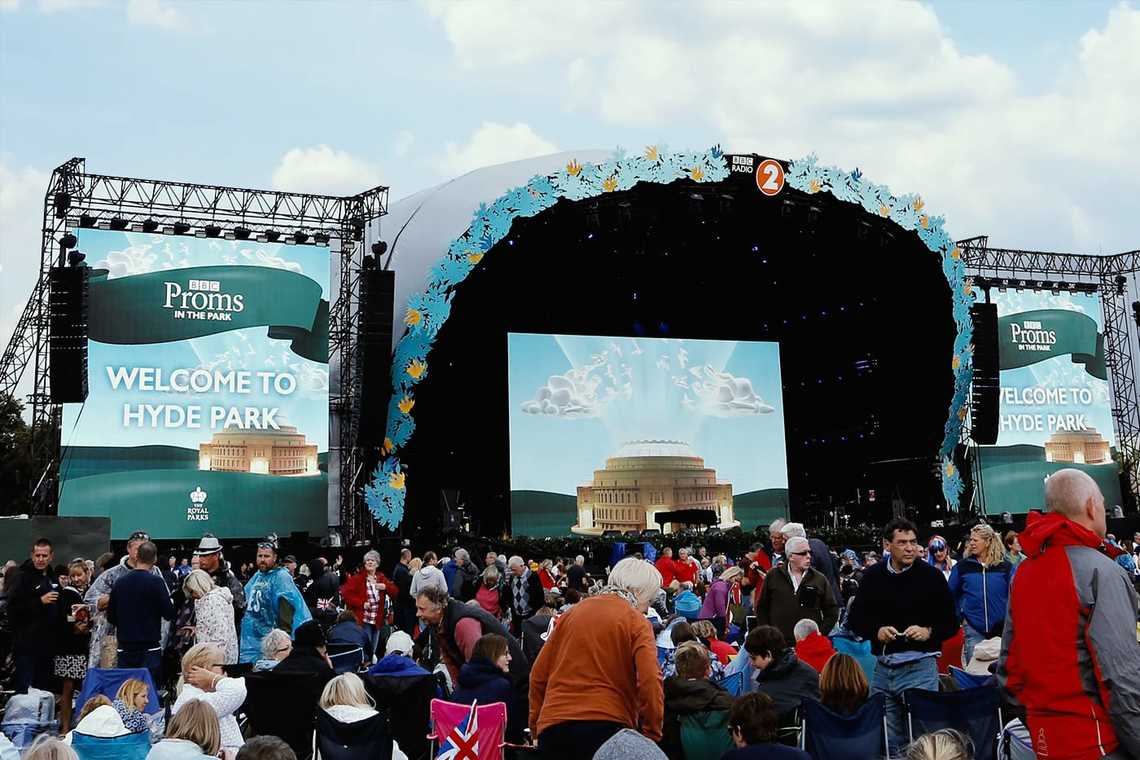 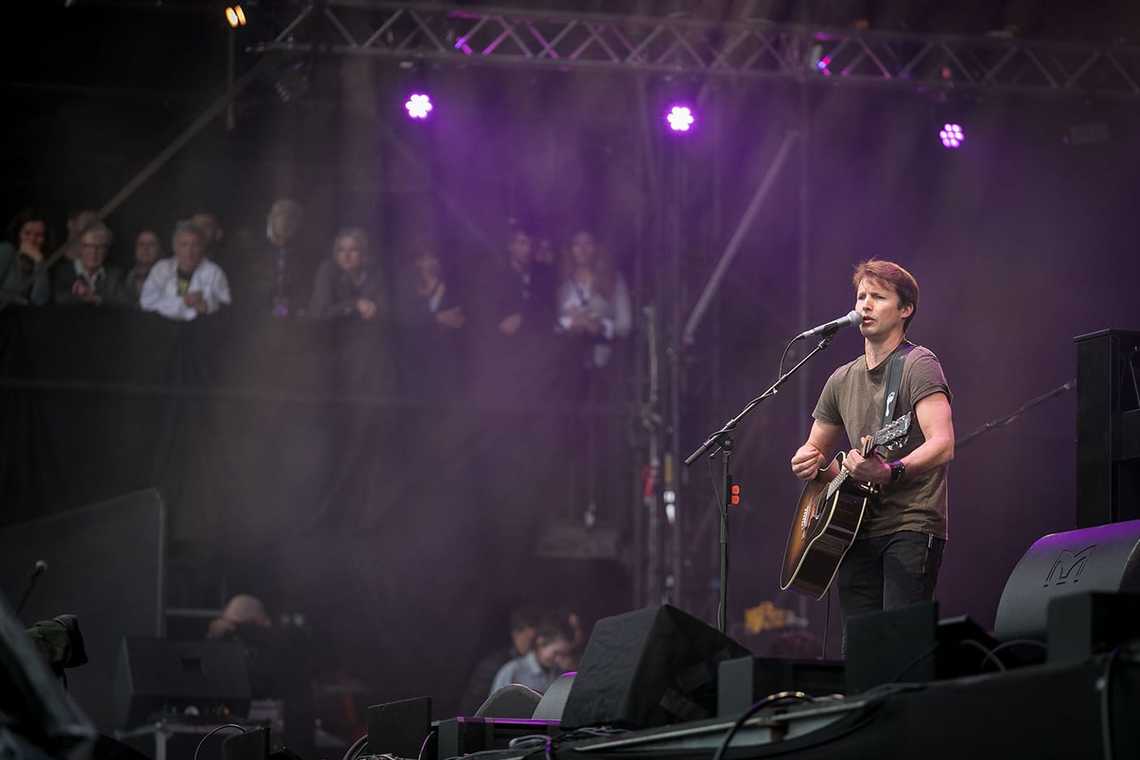 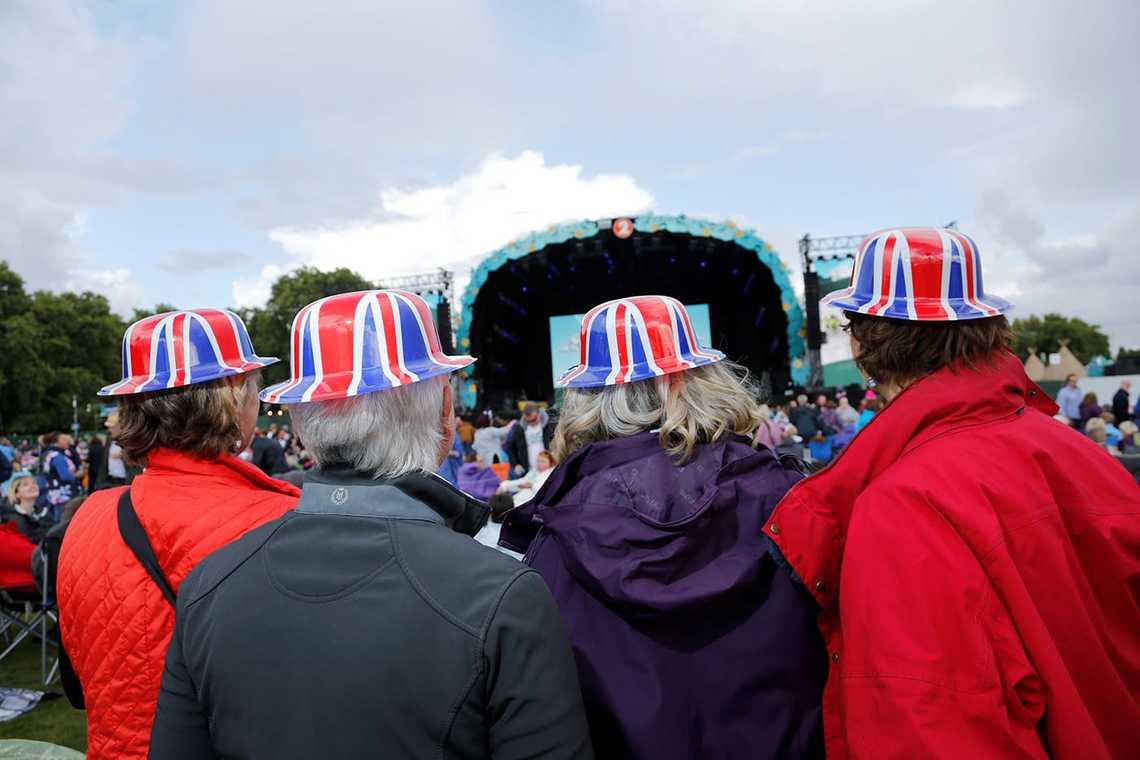 CAPITAL SOUND'S MLA SCORES ANOTHER PROMS IN THE PARK TRIUMPH

While the overarching memory of BBC Radio 2's big weekend in Hyde Park was of James Blunt crowd surfing in a dinghy at the end of his set, for Capital Sound it was just another monumental production, successfully deploying their Martin Audio MLA PA to bring the summer season to a close.

Radio 2 Festival in a Day followed BBC Proms in the Park. Sir Ray Davies headlined the first day, designed to coincide with the Last Night of the Proms at the Royal Albert Hall, joined by Steps and Sir Bryn Terfel, while Take That and Shania Twain were the headline acts on the Sunday, bringing the curtain down on another wonderful Weekend in the Park for the BBC, despite the weather.

With PA control and set up in the capable hands of system tech Toby Donovan production standards again met and exceeded the requirements of promoters, Festival Republic, and their Head of Production Dick Tee.

As to the PA design, the main hangs again comprised 16 x MLA and an MLD Downfill each side, with 12 x MLA per side acting as sidefills.

Capital again fielded 26 MLX subs in a broadside cardioid array - 17 forward facing along the front, and nine on top reversed. A pair of Martin Audio W8LM was positioned on every other sub stack, with a further stack of three W8LM as 'wing fills' on each side. Distribution around the site was via a 13-node Optocore fibre ring.

Martin Audio's LE1500s were provided for stage monitoring along with some WS218X as side fills, while 12 x DD6's were stationed at the VIP interview stage outside, with 12 x Martin Audio F8's inside.

Four positions were equipped with three MLX in cardioid pattern. And It was the fourth ring of delays that enabled MLA to achieve the levels and contain the sound within the boundary, without exceeding offsite levels of 75dB(A).

Finally, for the VIP grandstand they maintained their new standardisation of 14 x DD6's inside the pavilion and 12 outside, all controlled from the main desk.

Each night brought a different kind of dynamic. For the Proms notable for the pomp, ceremony and national fervor, it built towards the fireworks crescendo, while during the evening the FOH desk received stem mixes from the BBC - not only from the Royal Albert Hall but other UK sites.

Summing up, Capital Sound account manager Martin Connolly, said, 'It was fitting that such a great outdoor season for us ended with such a spectacular crescendo. Coupled with the success of British Summer Time, Hyde Park will leave many fond memories this year.'