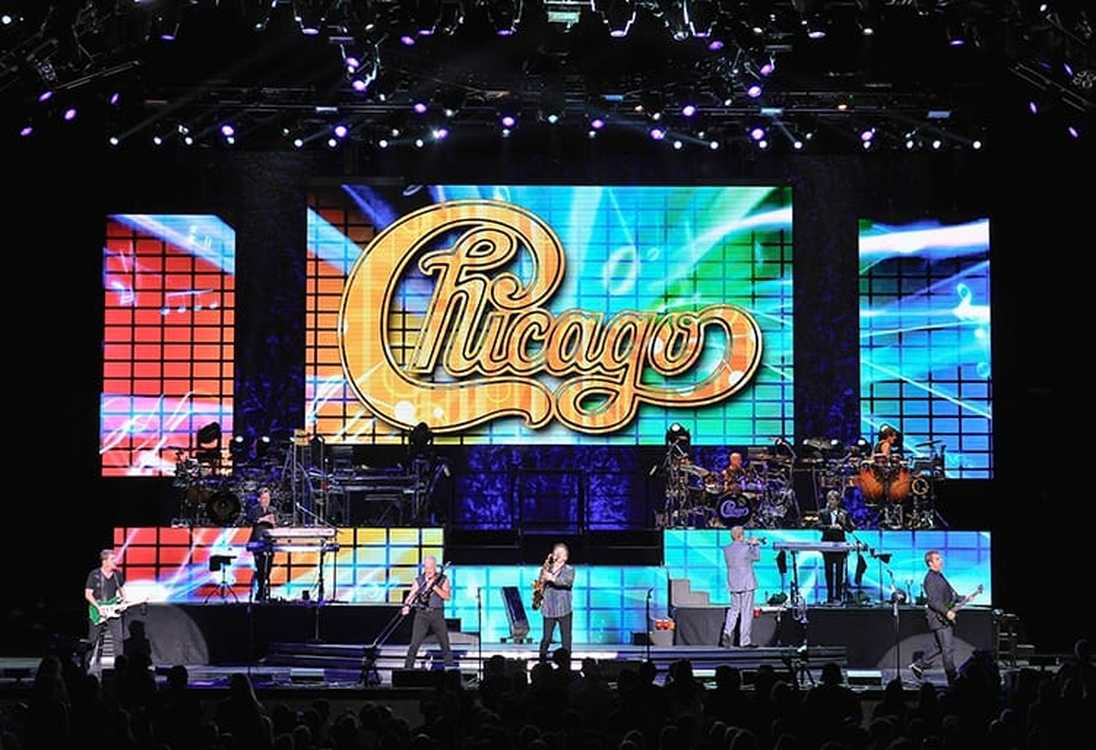 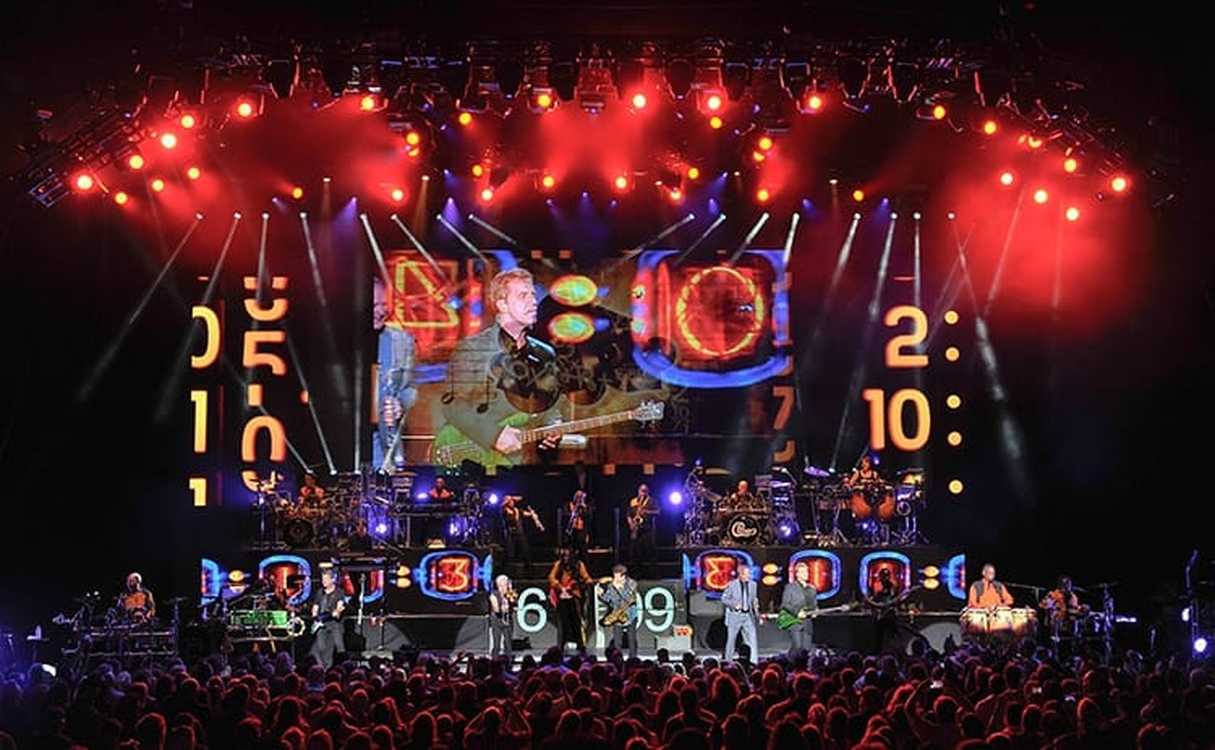 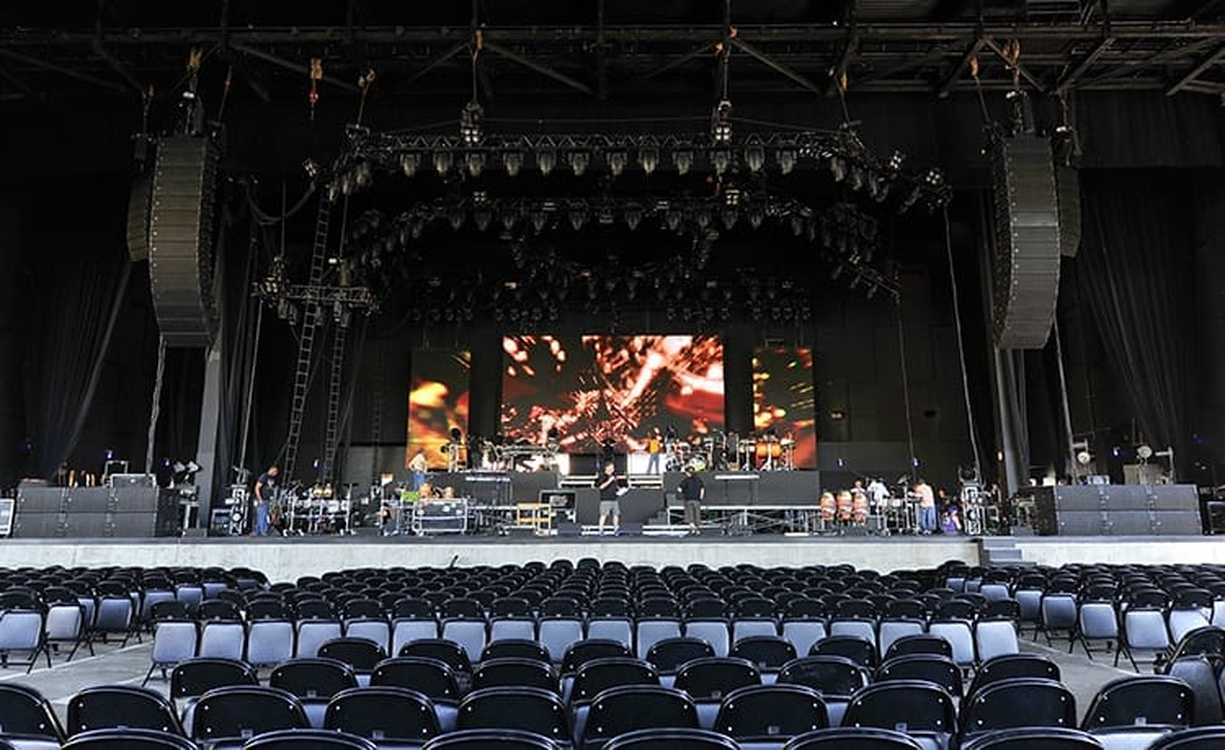 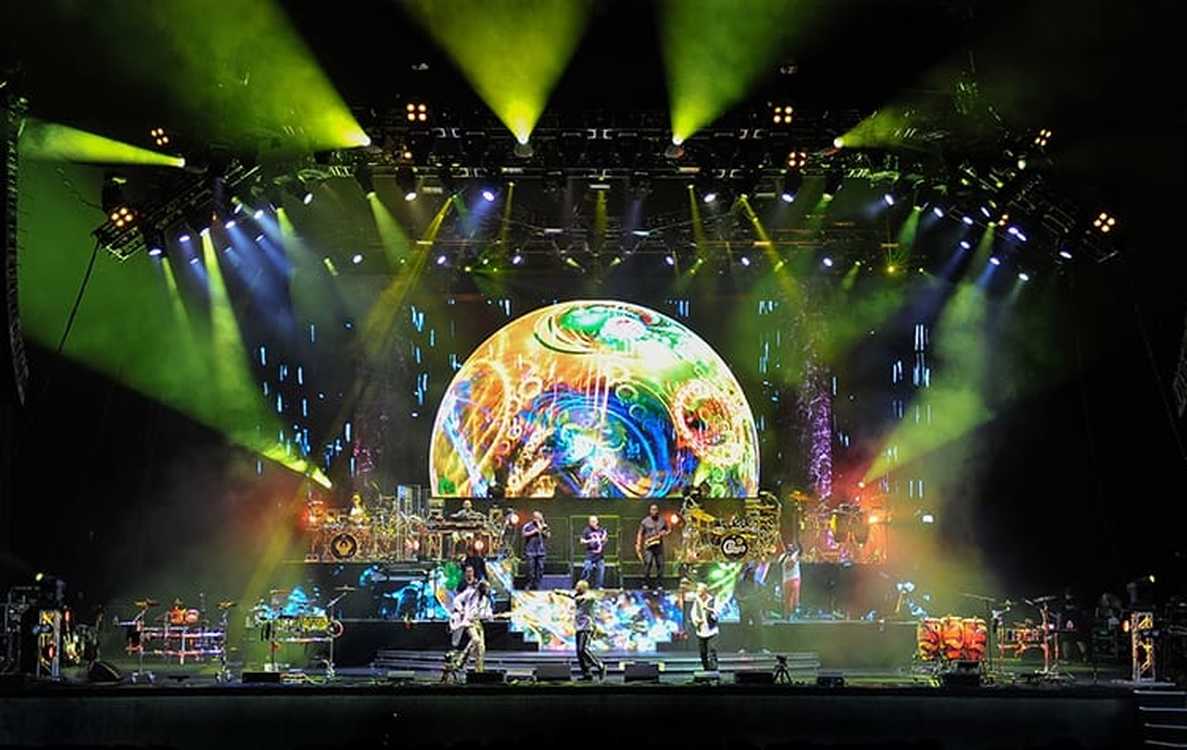 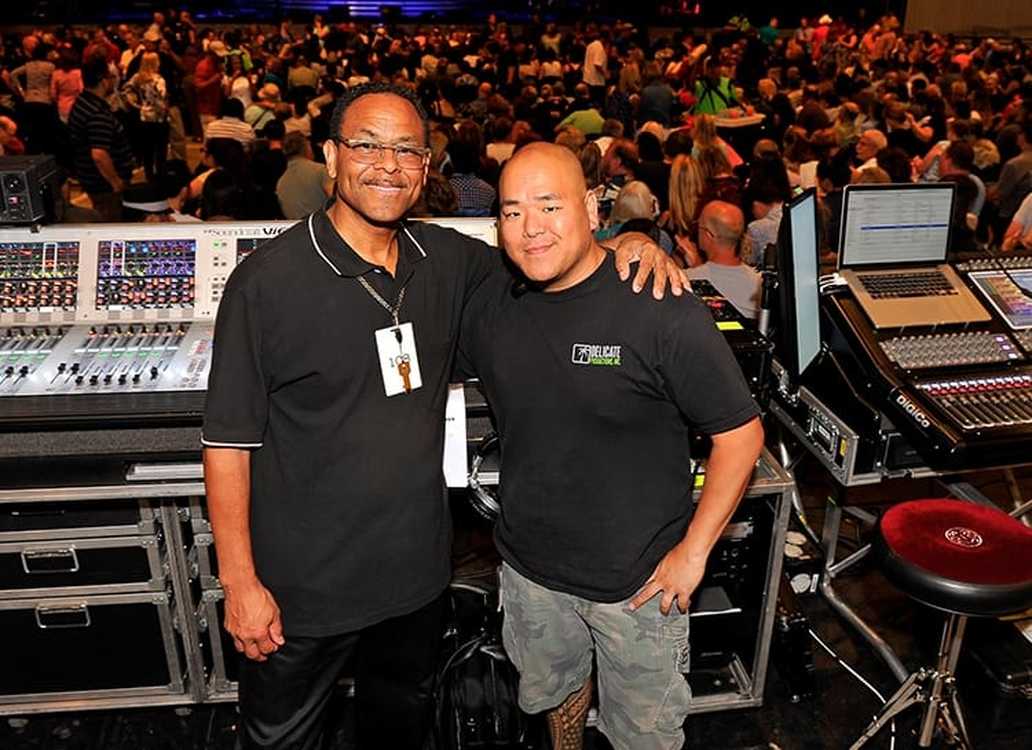 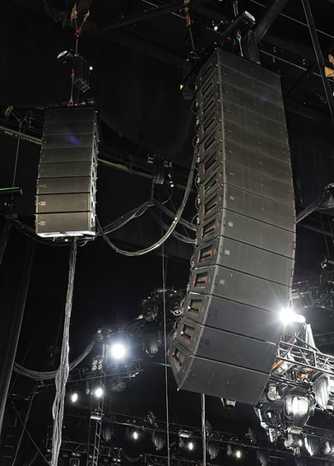 CHICAGO AND EARTH, WIND AND FIRE TOUR WITH MLA

Chicago and Earth, Wind & Fire recently wrapped up their co-headlining 'Heart and Soul Tour 2015' of amphitheaters, casinos and arenas with a Martin Audio MLA system provided by Delicate Productions of LA and San Francisco.

One of the main challenges for the tour besides scaling the PA system for different venues was the fact that both bands open and closed each show with 'greatest hits' medleys featuring 21 musicians and vocalists on stage at the same time. With back-to-back hits such as Chicago's 'Free,' 'Does Anybody Really Know What Time it Is?,' '25 or 6 to 4' and EWF's 'September,' 'Sing a Song' and 'Shining Star' for the closing medley, the audience was left with a guaranteed nostalgic thrill ride as their show conclusion.

All well and good, but the crews were faced with the challenge of finding and maintaining 47 clear active channels of wireless for the musicians and vocalists during the medleys plus mixing for both bands without too much volume.

As Nate Lettus, FOH engineer for Chicago who had mixed with a MLA Compact system on a previous tour explains, 'The biggest challenge for the medleys and the shows in general is overall volume, trying to keep everything under control. We have a lot of energy onstage and can end up with a big powerful sound and these bands don't sound that good at really high volumes. I find my levels are pretty consistent, especially with the Martin Audio MLA system.

'The boxes sound really smooth from bottom to top,' Nate adds. 'I'm actually rolling off some high end because there's so much of it, which is good because I'd rather have more than less. We've got plenty of low-end with six MLX subs per side that are tight and punchy. The show just sounds so good and I'm barely doing anything, my inputs are just high passed and my outputs are barely touched on a day-to-day basis.'

Typically, the MLA setup for amphitheaters is either 12 or 14 MLA and 1 MLD (downfill) cabinets per side with 6 to 8 MLA Compacts for outfills and side hangs. Six MLX subs per side are ground-stacked on the floor or the stage depending on space in the venue or sightlines. For the arenas, the system included 16 MLA per side, a side hang of 12 MLA Compact and a 270 degree hang of 10 MLA Compact.

This tour was the first time Earth Wind & Fire's FOH Terry 'TJ' Jackson mixed with the MLA system. 'The first day I heard the system it sounded really clean with a lot of high end,' he points out. 'A high fidelity type sound, which I really like. It's easy to get the vocal out which is very important. I would definitely recommend the speakers without question. They're very controllable and sound really good, I'd put them on the rider.'

Considering the problems Chicago's Monitors Engineer Scott Koopman and his EWF counterpart Terrence Chism had coordinating and mixing close to 50 wireless frequencies and controlling ambient noise on stage, the MLA system was a welcome addition.

'You've got a lot of microphones on stage with the potential to pick up ambience,' says Scott, 'especially in a venue where FOH is mixing louder than normal and we're getting a lot of crowd noise or the room is naturally loud. The sound can get messy really quickly. Using the full MLA system greatly improved rejection on stage, especially from the sub-bass, which is a huge deal with Chicago because it's hard for the horn players to find their pitch when there's a lot of sound washing up on stage. They feel they have to play over it which often causes more problems.'

Asked about the delicate wireless balancing act Scott explains, 'I'm self taught and have my own way of getting the job done, but in this day and age with the FCC buying up all the frequencies, it's getting really hard to find and maintain clear channels. In the world of monitors Terrence and I live in, that's the hardest part of the job.'

Summing up about the system, Delicate MLA Audio Tech Kyle Anderson concludes, 'MLA is a great sounding box right off the bat and makes a lot of things easier. It does the processing for me, so once I get my angles, set it up and do my optimization, it pretty much sounds good everywhere in the room. I'll still do some time aligning and adjust a few EQ settings for the room in the software. But once you put that stuff in, everywhere you tell it to sound good will sound good.

'Here's a good example of how the software can help out. There was a top tier for the Pepsi Center at the side hang which we hadn't expected to be sold so we didn't cover that zone. But when I found out that the ticket sales grew, we were able to splay the coverage upwards for that whole area just by using the DSP and software as the show was happening. You can't really do that with any other speaker that I've used. It's a real advantage to change the coverage quickly without changing the angles on the boxes or redeploying the speakers.'