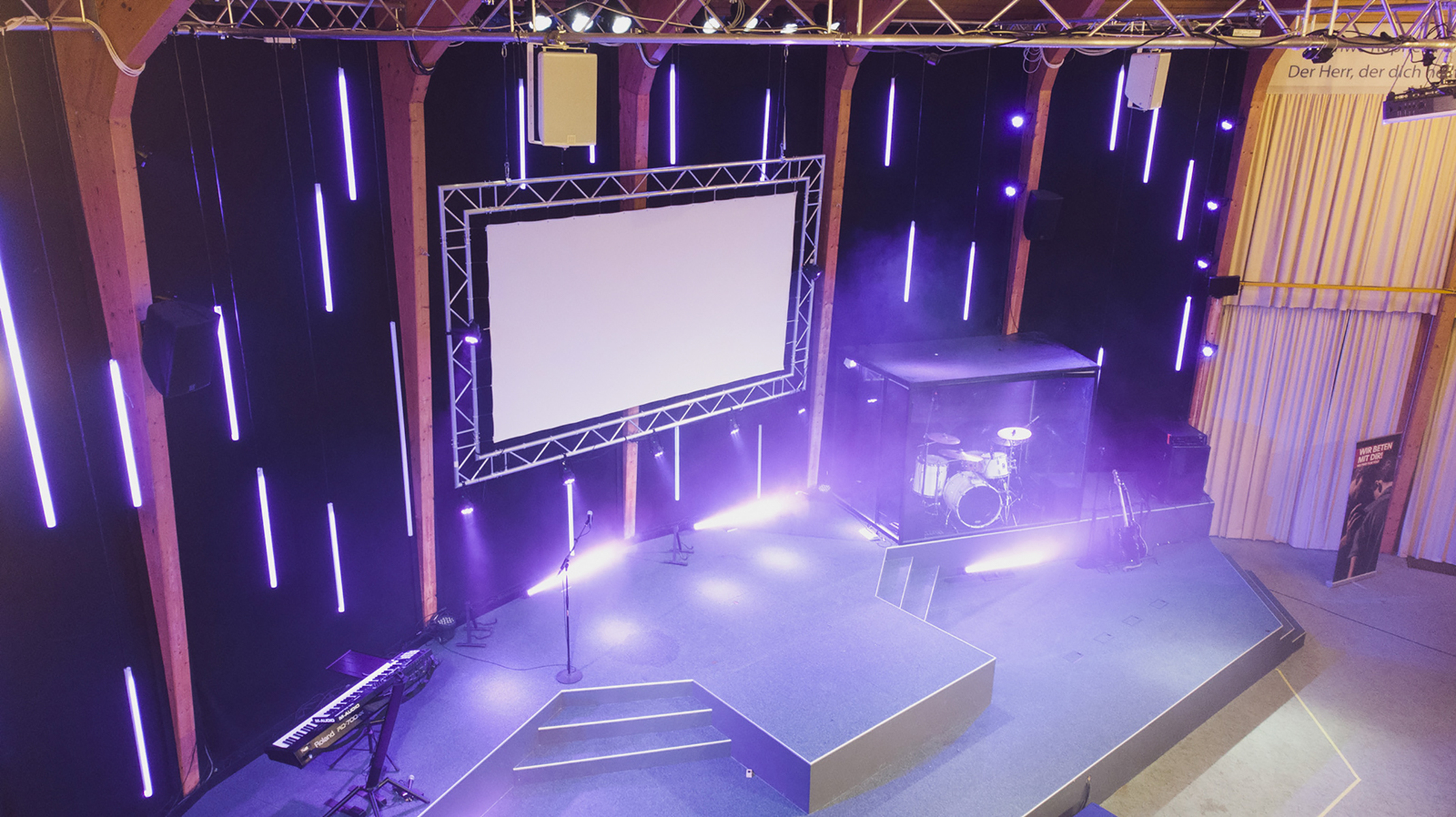 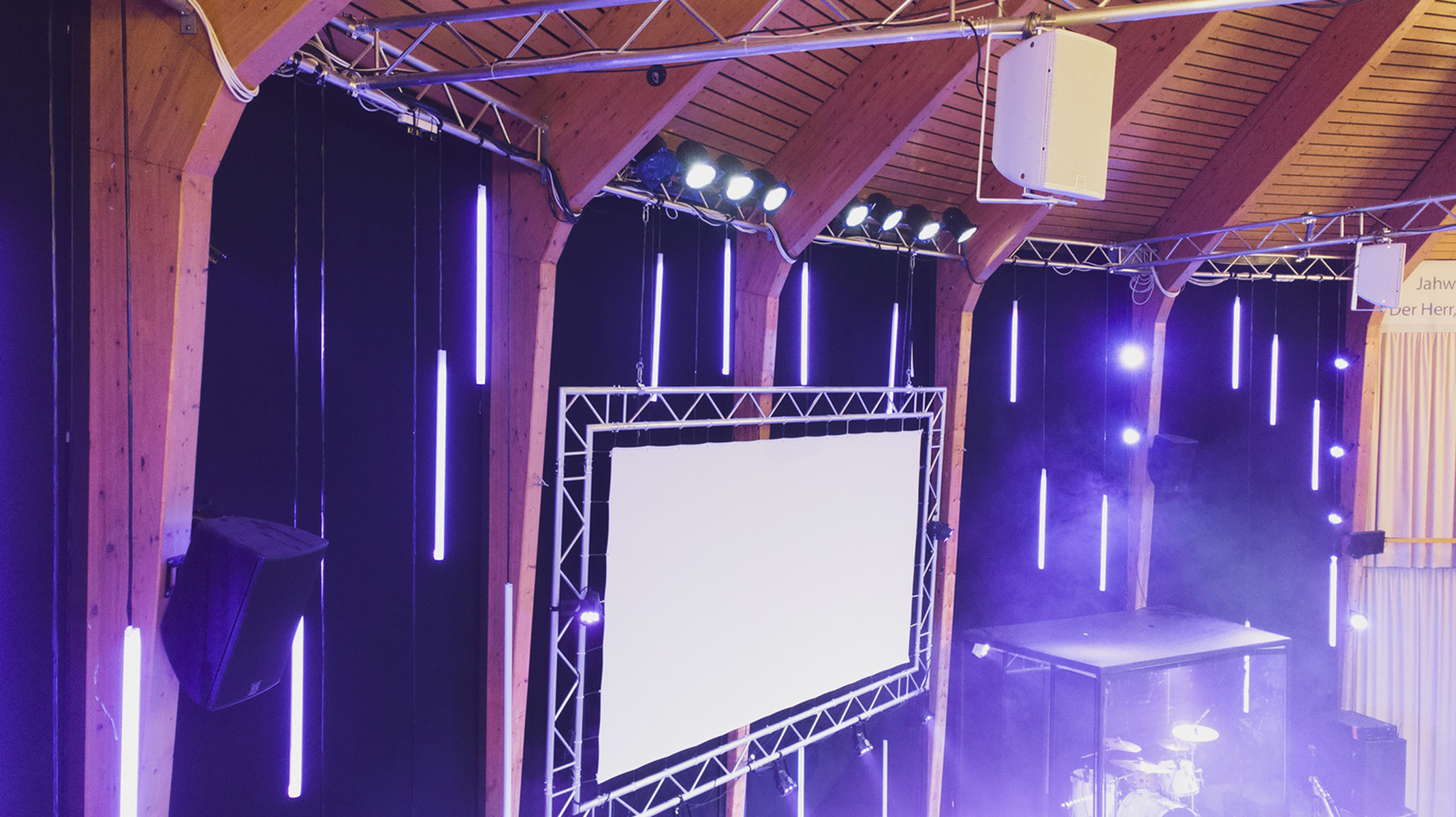 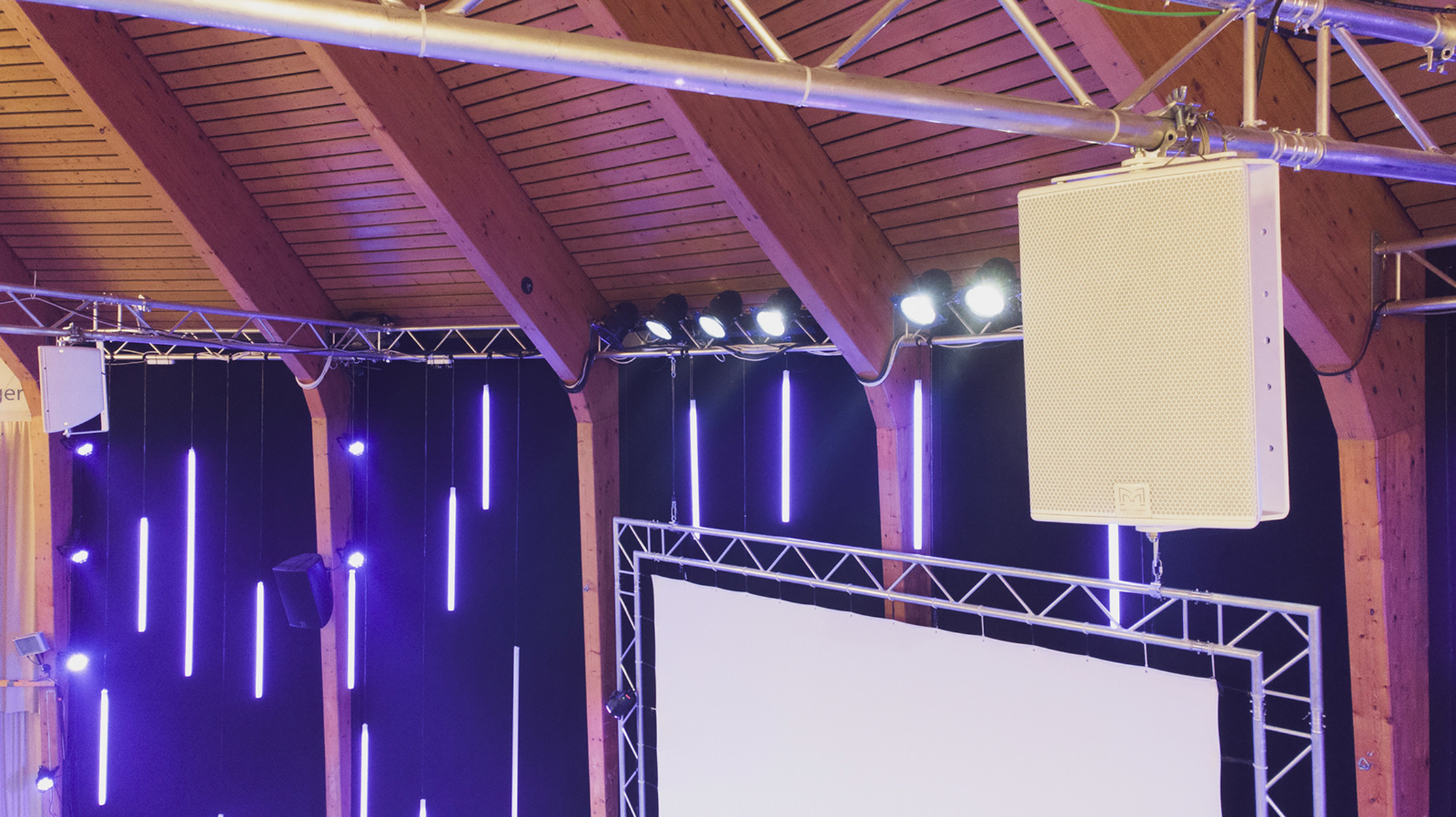 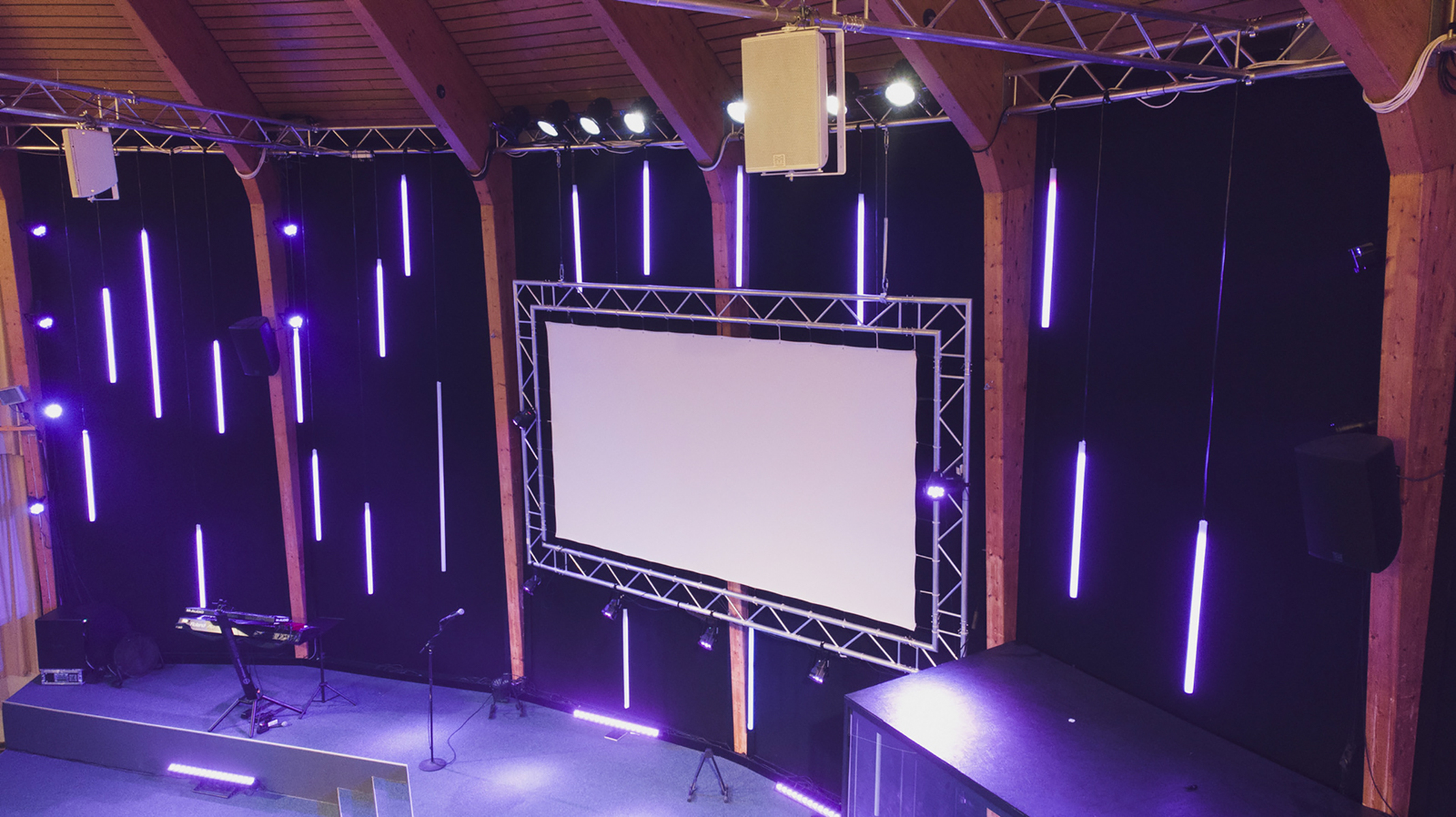 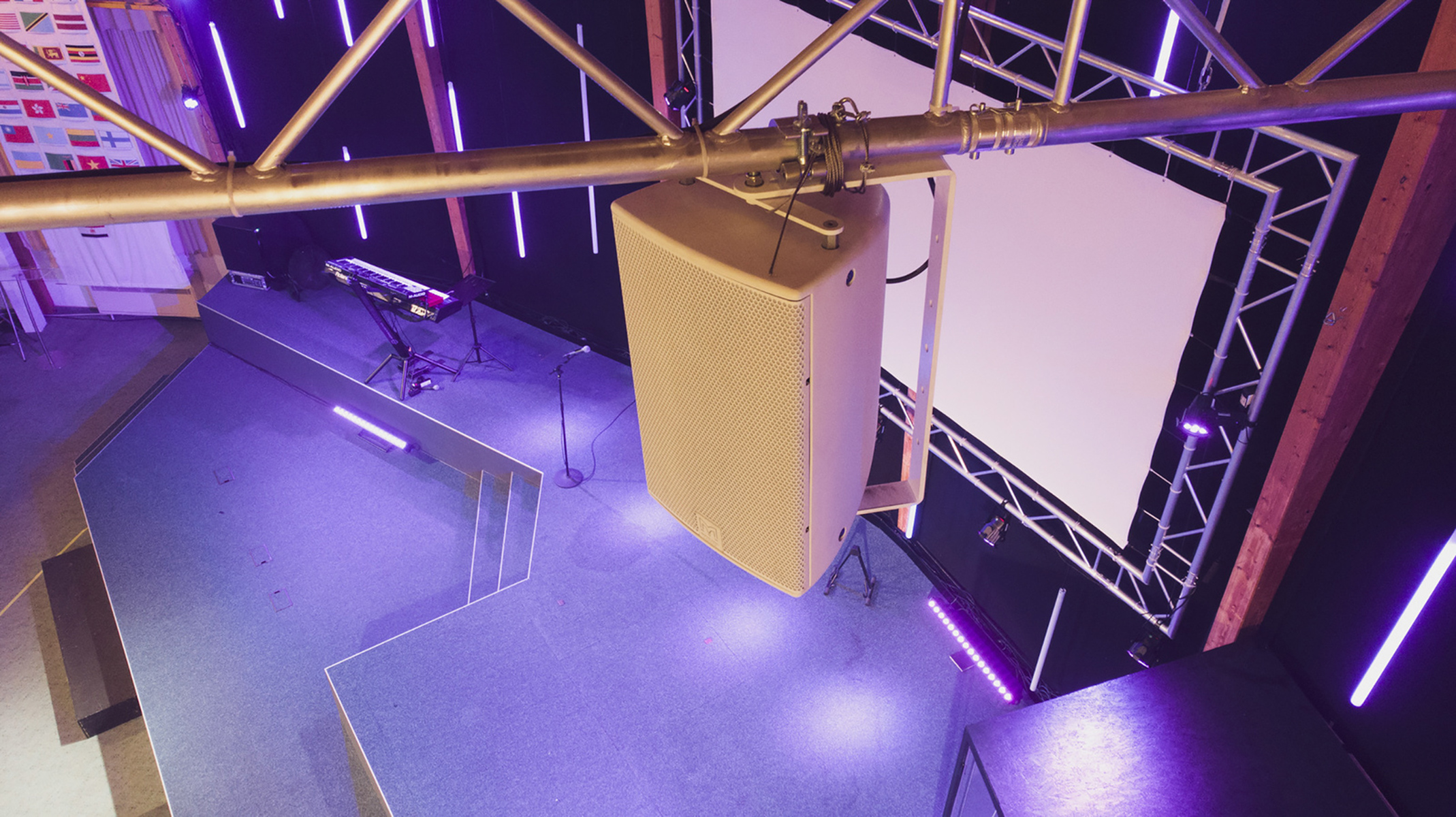 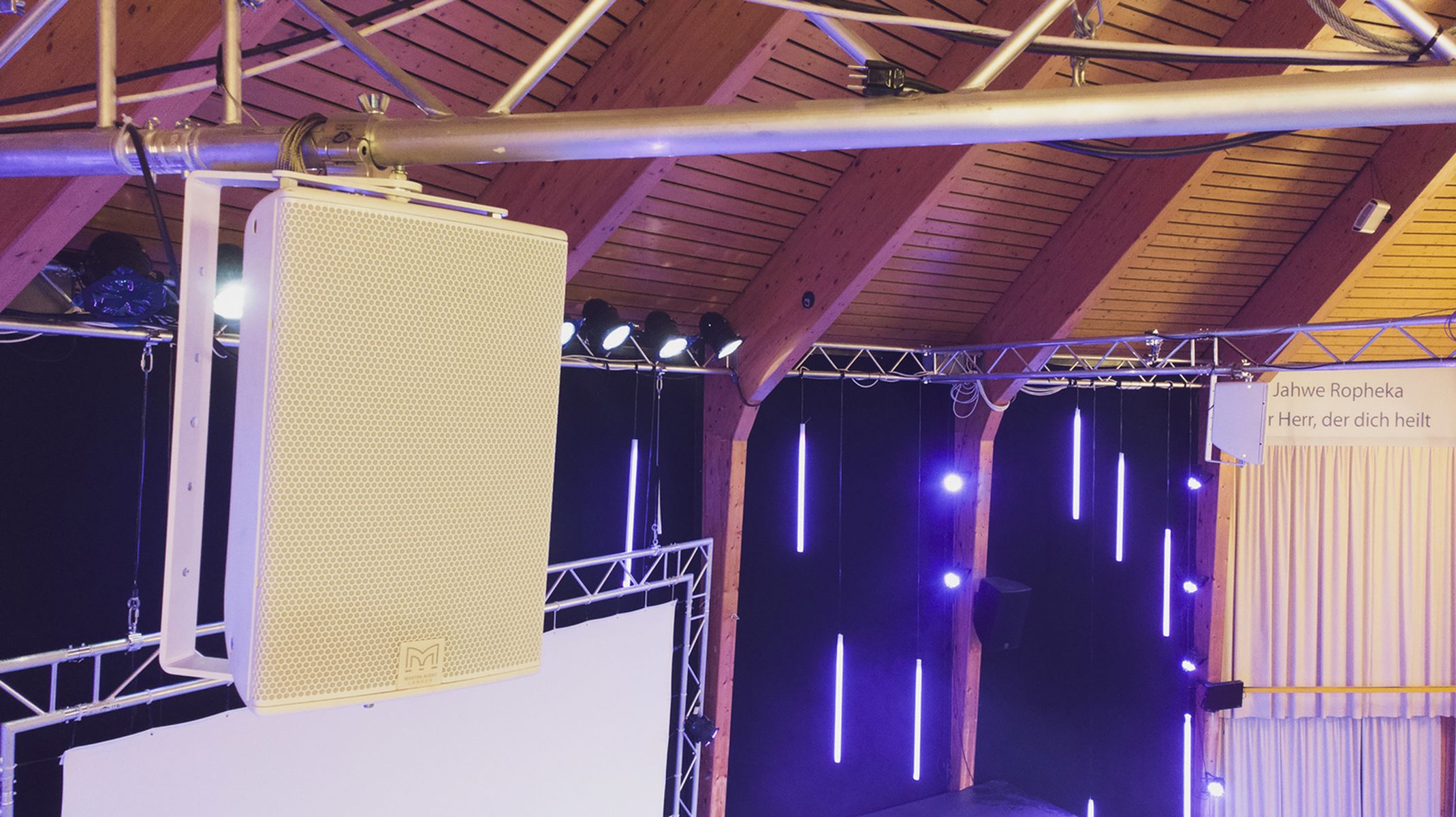 The CLW in Bonn-Bad Godesberg is a protestant free church and open to believers of all nationalities and generations. The parish has a church with an adjoining kindergarten and offers, among other things, services for the whole family every Sunday at 10.00 am. The Living Word (CLW is an acronym for Centrum für Lebendiges Wort) is the focus of the services, in the form of sermons and musical contributions. The live music component in the church has grown steadily in recent years, so an upgrade of the sound system was necessary.

Julian Betker, trainee pastor and vicar at the CLW, states: "We have been working on a new sound reinforcement solution to meet our many requirements for a while. On the one hand, we wanted to use our existing technology, including mixing consoles, microphones and subwoofers. Our church lives through, and with, live music—which could be heard with our old system outside the church building as well. However, the positioning of the loudspeakers meant that there was always a risk of feedback. The last important point was to stay within budget. We are a donation-financed institution and thus have to pay particular attention to expenditure.”

Several loudspeaker manufacturers were approached to develop a solution. The company Klein Beschallungs- und Kirchentechnik from Cologne, together with Audio-Technica, created a concept with loudspeakers and power amplifiers from Martin Audio. Great emphasis was placed on seamless integration into the existing system. Owner, Paul Klein, stated, "We have been working with Audio-Technica's products for a long time and for the first time we’ve been able to offer Martin Audio loudspeakers. The quality of the CDD series convinced us. Combined with VIA series power amplifiers and the DX0.5 system controller, we were able to create a convincing argument. In addition, we were able to use the ADORN loudspeakers to provide sound in adjoining rooms at a reasonable price, yet still offering high quality.”

After comparative listening, the decision was finally made in favour of Martin Audio. Since the church building is a rotunda with a gallery, the sound system was divided into sections. The area in front of the stage is the largest area to be covered (with two CDD12s). The upper tier, which uses a glass pane as a parapet, was covered with two CDD10 loudspeakers. The difficulty was to hit the glass surfaces as little as possible, in order to avoid reflections.

Paul Klein: "With the CDD series we can cover the audience area very precisely. Because of the very precise output pattern of the speakers it was possible to steer the sound away from the glass balustrade of the balcony to minimise these reflections." CDD6 loudspeakers were used below the gallery, and A55 speakers from the ADORN series were used inside the rooms. Everything is driven by VIA5002 and VIA5004 power amplifiers, optimised by presets provided by the DX0.5 system controller.

"With the CLW we’ve been able to implement a very nice sound concept,” continued Klein. “The CDD loudspeakers deliver sufficient level in the hall; at the same time they are not susceptible to feedback and there is hardly any escape to the outside. The installation was very successful, also thanks to the many helping hands of the CLW.”

Julian Betker adds: "We are very happy to work with our new sound system. Our live music sounds more vivid than ever—at every seat. We are positively surprised that the integration of our existing technology worked so smoothly. Once again a big compliment to Paul Klein and his team … the cooperation was great.”