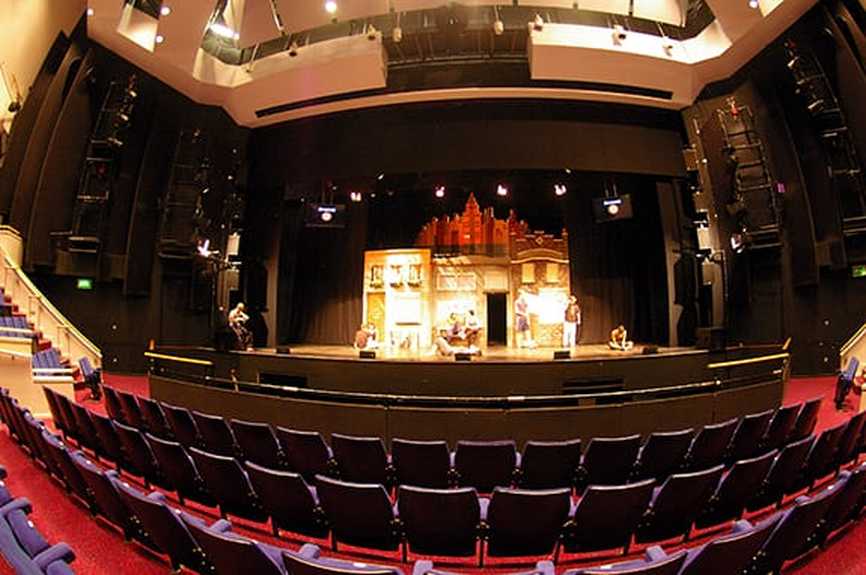 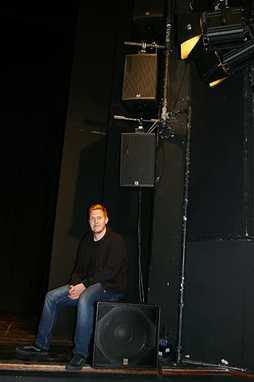 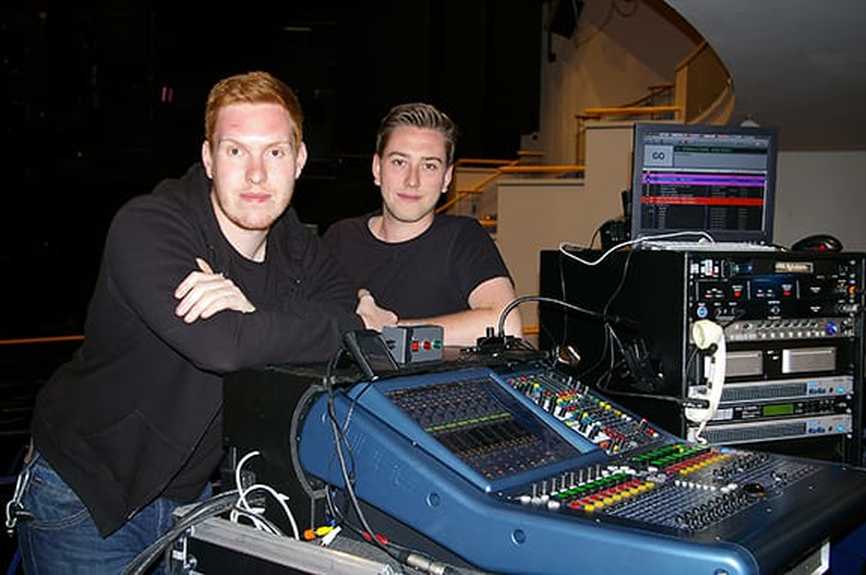 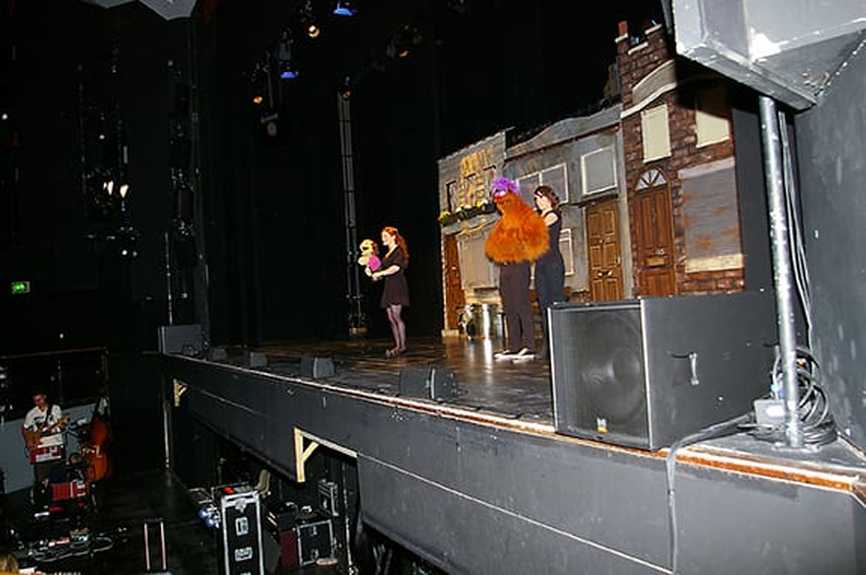 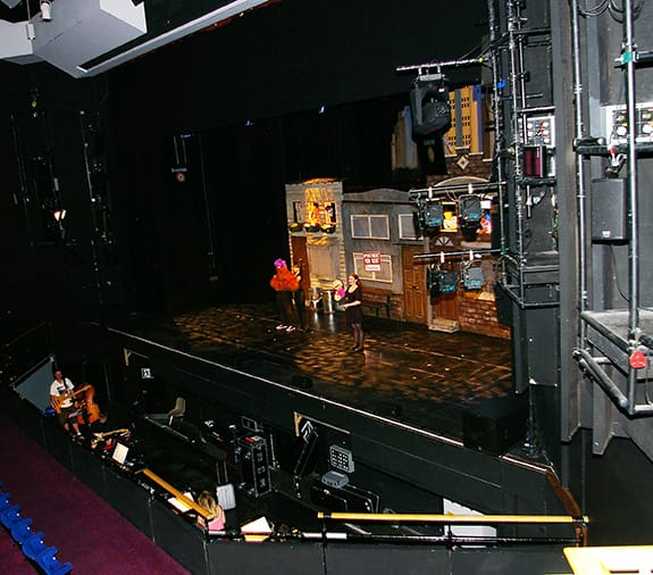 DBS SOLUTIONS TAKE XD12 AND DD6 OUT FOR AVENUE Q

When Martin Audio rental stockist, dBS Solutions, was tasked by production company, Sell a Door Theatre Company, to design a sound system that would take the touring version of the long-running West End show Avenue Q across the UK, the company's MD Chris Bogg was faced with his stiffest challenge in the company's nine year history.

Not only was this puppet-based production the largest tour the company had undertaken, but the size of venues would vary enormously; and on tours where truck space is at a premium, trucking the minimum amount of kit, while keeping the production scalable, was crucial.

The Warrington based company's relationship with Martin Audio dealers, LMC Audio Systems was also critical, and the latter's sales manager James Lawford was able to put a creative deal together that enabled Bogg to secure the new generation theatre system that he had been wanting.

In the era after the Wavefront WT3 theatre boxes, Martin Audio has now introduced the versatile, sophisticated and purpose designed XD12 and DD6 (Differential Dispersion) technology, each with rotatable horns, and voiced for musical theatre.

The dBS owner admits, 'I bought the XD12s and DD6s specifically for this tour. We were always looking to add more Martin Audio boxes to our fleet [to complement the 16-box W8LM system] but what made it affordable was securing this tour. It meant I was able to design the sound around exactly what the show required, without compromise, rather than base the spec on what we had in our inventory - and XD12 was the box I wanted to use.' Run with the DD6 and WS18X single 18in subs, he also saw it as a legacy system that would open the door to further similar projects.

'I had heard demos of the DD6 cabinets and colleagues had passed comment on how great they were, while the XD12 was the right size and dispersion, and sounded great when demoed,' summarised Chris Bogg.

Although on larger shows, such as Manchester Palace, the company had fielded all eight XD12s and DD6s in their hire fleet, venues like the Swan Theatre, High Wycombe called on five DD6's to be placed along the stage lip as front fills, with a further pair of the ultra-compact boxes rigged on the flanks of the stalls to provide outfills to complement the in-house delay boxes, Run passively, six of the multi-angled, lightweight XD12s were rigged, three a side and focused into the stalls and balcony tiers.

In venues with very wide stalls sections where two boxes are used, the rotatable horn is used discerningly to create even coverage without comb filtering or exciting the walls of the venue. 'For instance, in some cases the 80° x 50° configuration would be too wide when paired with another box if it wasn't for the fact that they are rotatable,' notes Bogg. 'This speaker also runs down to 60-70Hz with an EQ boost at 65 Hz. We remove this in the stalls, but leaving it in place between 3dB and 6dB in the upper tiers allows for a fuller rounder sound whilst eliminating the need for extra subs in these areas.'

At the same time he draws attention to the DD6's exemplary HF pattern control and the fact that it can be used in portrait or landscape configuration. 'They are perfect for fills or delays - and I like the Differential Dispersion technology element as well as the universal brackets, which can be used in both orientations; this means we don't need to carry two sets of brackets.'

Anything that lightens the weight and rigging time on tour is appreciated. Another huge bonus, hit on by both Bogg and his touring sound operator Joe Green, is the SpeakOn group switch on the back of the DD6, which saves them from carrying additional heavy copper cable.

In essence Martin Audio has provided four Neutrik NL-4 SpeakOn connectors and a two-way switch, which allows the technician to choose which pair of circuits in the 4-core cable the speaker is powered by. Two sets of four can be run on a single stereo amplifier in a single NL-4 run, allowing left-right alternation or for delay purposes, inner-and-outer or near-and-far circuits.

For Joe Green this solution is perfect. 'While I have enjoyed working with all the Martin Audio kit this switch on the DD6 is certainly my favourite item; we can make use of the second set of pins and run one four core cable for delay and front fills - running two feeds down one cable.'

The remainder of his touring control is based around a Midas Pro 1 mixer with the show (including all cues for AV and video click tracks) stored in a QLab software environment, which MIDI triggers the console, along with Sennheiser Evolution 500 series radio mics, DPA 4061s mics for the cast and personal monitors for the six-strong pit band.

Proof of concept having been established - much to the satisfaction of production manager, Will Mauchline - Chris Bogg is already looking ahead to the future. 'The XD12/DD6 combination covers everything I would want for theatre, and the XD12 is voiced similar to our W8LM line arrays - which is brilliant for our future work. And the passive or bi-amped option gives us further flexibility.'

In fact dBS Solutions have already been asked to undertake further work for Sell A Door as a result of this tour, and as a result of Avenue Q (as well as other work) they have been nominated for the Technical Theatre Awards hire company of the year.