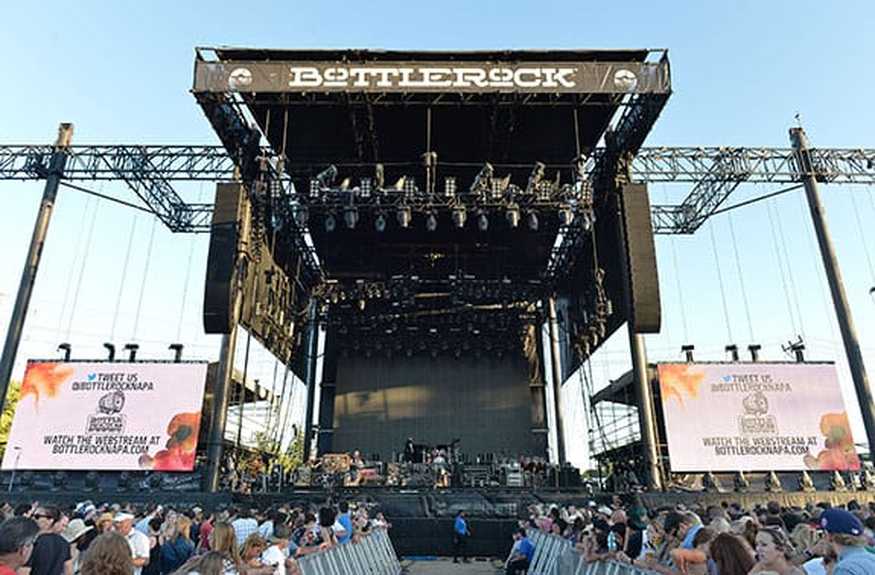 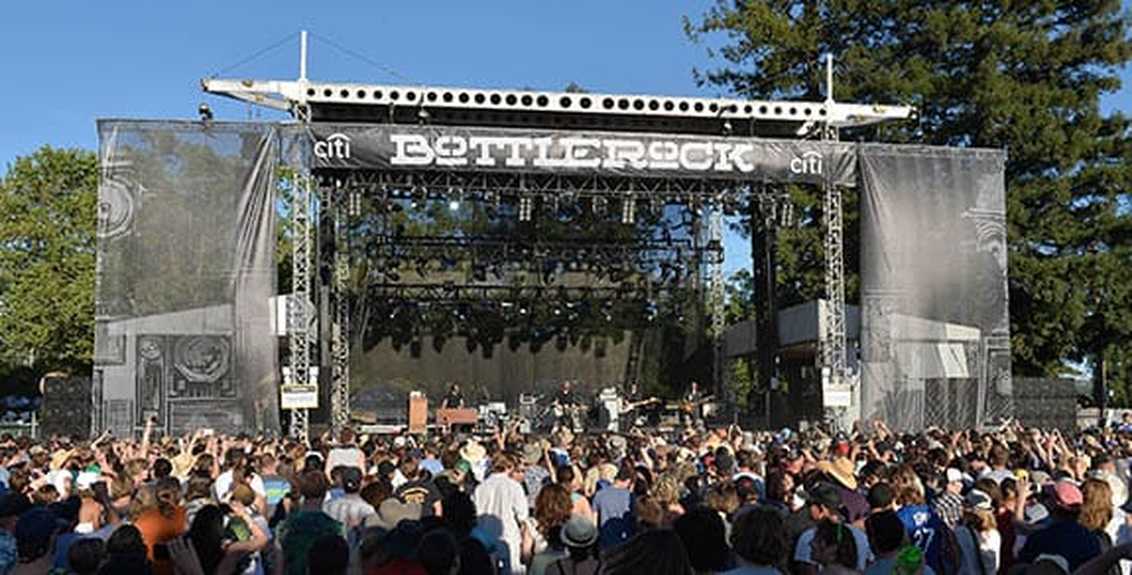 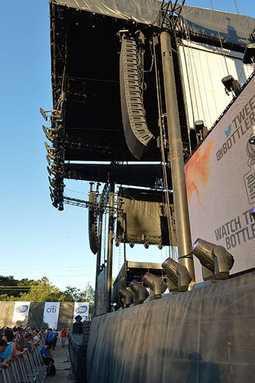 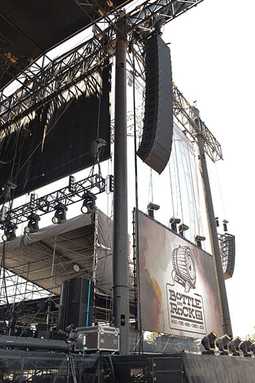 DELICATE AND MLA AT BOTTLEROCK FESTIVAL

Fittingly, the festival was held in one of the country's greatest wine regions at the Napa Valley Expo fairgrounds in the heart of downtown Napa, California, just blocks away from restaurants, wine tasting rooms, art galleries and hotels.

Delicate Productions of Camarillo and San Francisco was in charge of audio, lighting and LED for what was the inaugural run of the festival. Simply controlling audio in a fairground located in the heart of Napa with houses just across the street was enough of a challenge for any production company, not to mention supporting the festival's five stages for four full days of music.

The need to provide exceptional coverage while eliminating noise spillage in such a tightly defined area was a critically important factor for BottleRock, which explains why the MLA (Multi-cellular Loudspeaker Array) system was chosen for the main stages along with a full complement of Martin Audio for the other stages.

Delicate's design team for the system was comprised of lead audio engineer Brian Basilsky working with company President Jason Alt and General Manager George Edwards. The main (Sliverado/Willpower) stage consisted of a L/R hang with16 MLA and 4 MLD Downfill cabinets per side, a left-left side hang of 6 MLA Compact (no right-right side hang because of nearby houses); 12 W8LM for front fill; 24 ground-stacked MLX subs, and 16 MLA Compact enclosures for delays. The Monitor/Stage system included L/R hangs of 4 W8C; 4 W8CS compact subs; and two WS218X subs for side fills, along with four WS18X drum subs.

Rounding out the full complement of Martin Audio at the festival was a MLA Compact system with DSX subs at the second stage; W8LC systems for the third and comedy stages and a smaller trapezoid WT3 system for the local stage.

Commenting on why they chose MLA for this situation, Jason Alt says, 'There's no system out there that could duplicate what we achieved in terms of audio control with MLA. The way we were able use to steer the subwoofers and the system, our ability to determine an accurate end point and really have audio die off before the end of the property line was so important. The only audio that people heard at a distance was because of the immersion layer in the atmosphere. It had nothing to do with audio really spilling that far.'

Considering all of the challenge at the BottleRock event, what was the biggest specific problem Delicate had to face?

'The fact that the fairgrounds property line is literally 100 feet across the street from houses,' Jason responds. 'And those residents were very concerned at the beginning that having a big rock concert going on that close would cause all kinds of problems in terms of the noise and even their paintings falling off their walls. But by the end of it, because of what we did with steering the system and especially the subs, there were no problems.

'Even though the stage was only 200 feet from the end of the property line,' Jason explains, 'we were able to get the subs down to -35dB fifty feet from stage right––the low end dropped off that dramatically. If you stood across the street it was hardly even noticeable. But if you walked to the side of the stage feeding into the fairground, there was full-on 90º bass coverage. It all came down to really impressive calculations from Brian and Ferrit (MLA specialist Martyn 'Ferrit' Rowe) that produced those results. We had interaction and worked with all of the people on that street throughout the festival and not one of them complained. Most sat on their porch and enjoyed the show.'

Looking back at the festival and the need to fulfill the needs of 80 acts within necessarily tight time frames, Jason acknowledges MLA's many other advantages: 'Besides the control, MLA helped us work much more effectively with all of the different acts at BottleRock. The system gives you such a blank canvas for what each artist wants the system to sound like; we were able to accommodate all of their sonic wish lists quickly and effectively. Deploying MLA and getting it up happened in a timely fashion so that every artist had enough time to set up and the headliners were all able to tune the system, take a good listen to it, and adjust it to their specific needs.

'Coverage-wise, we didn't do a typical right-right hang because of the neighborhood's proximity, but we did cover 30,000 people very well with a decent amount of boxes. I don't think we could have achieved the same sonic goals with another system, especially with the county's noise ordinances. One of the headliners, Zac Brown, carries MLA as their touring rig and their system tech didn't make a single change to the way we deployed it. They didn't even have to EQ it that much.

'We actually got very positive feedback from all of the artists and engineers,' Jason adds, 'including those smaller bands who were opening up the main stage. Even though they were only playing to a few thousand attendees because it was early in the day, the crowd wasn't getting blown away because the engineers didn't have to mix too aggressively. MLA really did its job of working with every artist on every level.'

Asked to sum up about the overall performance of Martin Audio at BottleRock, Jason concludes, 'As the largest Martin Audio house in the country, we're fully committed to all of their products, especially for an event like this. Every place we deployed it, every version of every Martin Audio box we have was used, whether it was speakers on a stick, WT2s, WT3s or W8LMs, we pretty much used everything everywhere to fill in every need the festival had.

'The MLA Compact rig on the second stage was especially impressive. We debated back and forth on the distance coverage for that area, but the Compact outperformed even what we thought it would do and covered an area 300 ft. out. And once again, we could control it to keep the sound inside the property line, so it all worked out really well with MLA and Martin Audio, which was not surprising for us.'