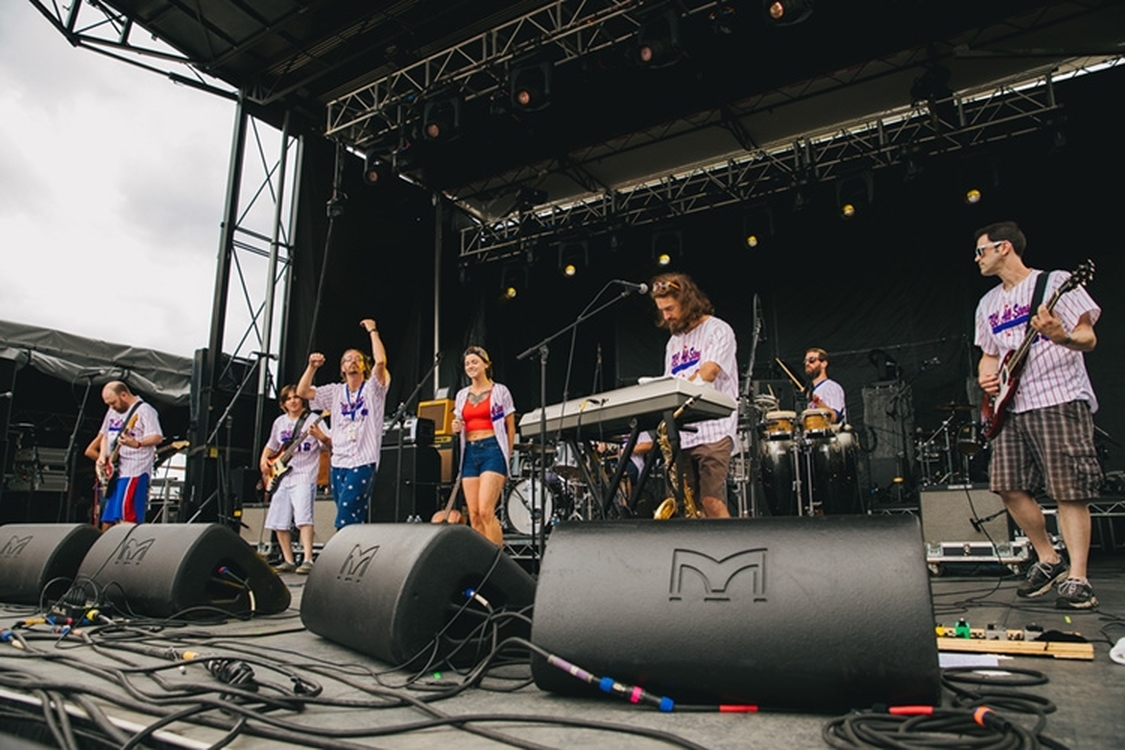 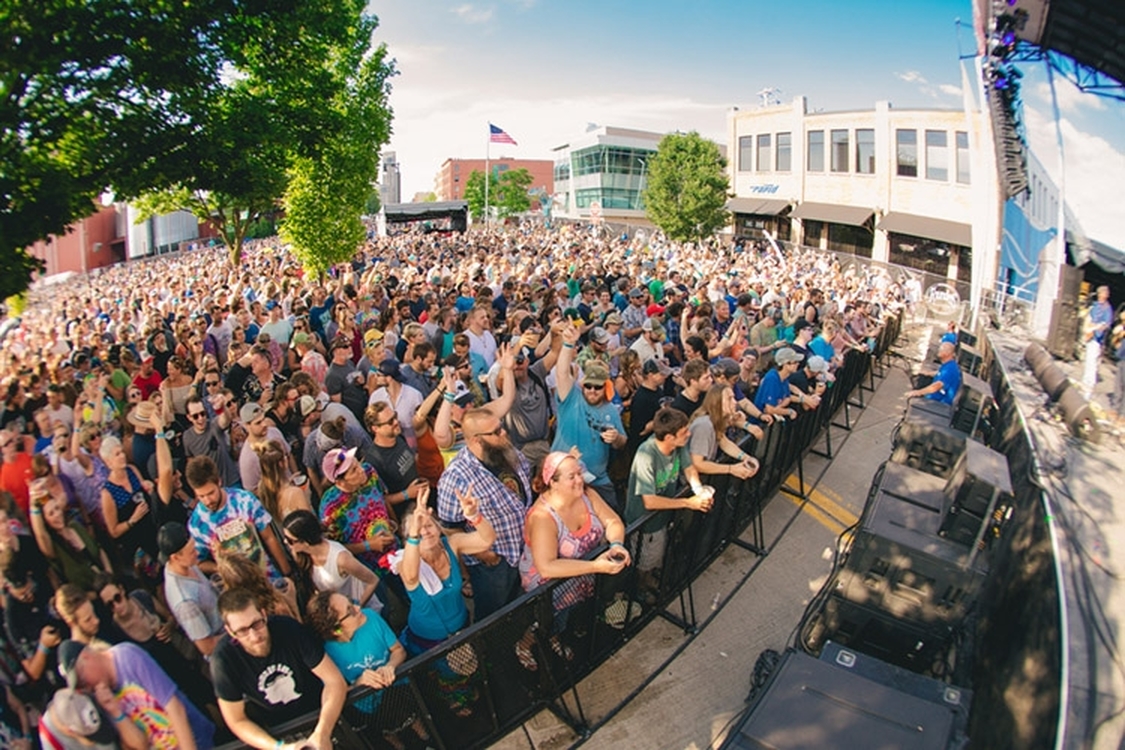 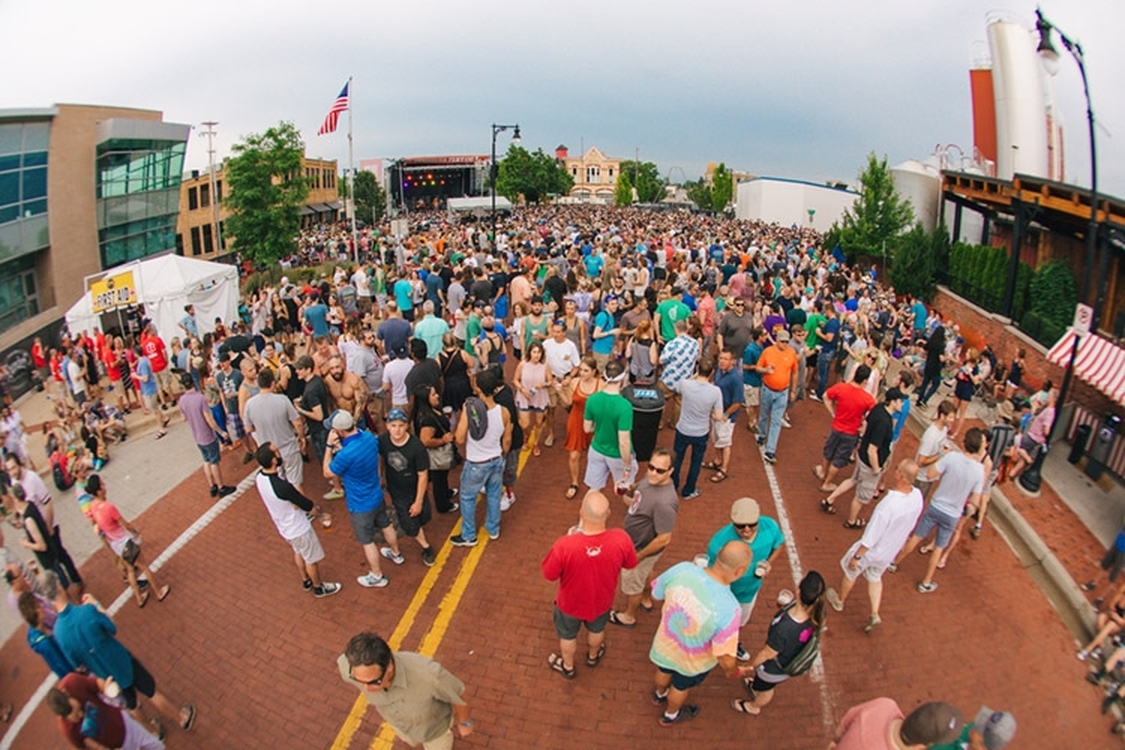 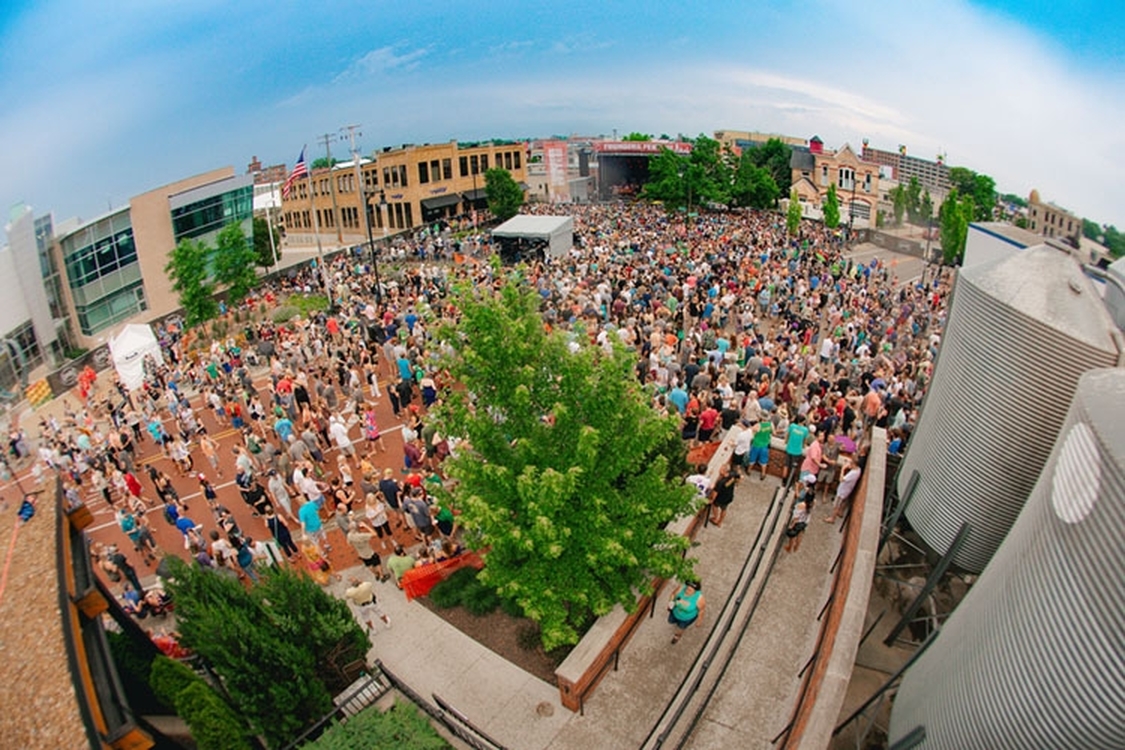 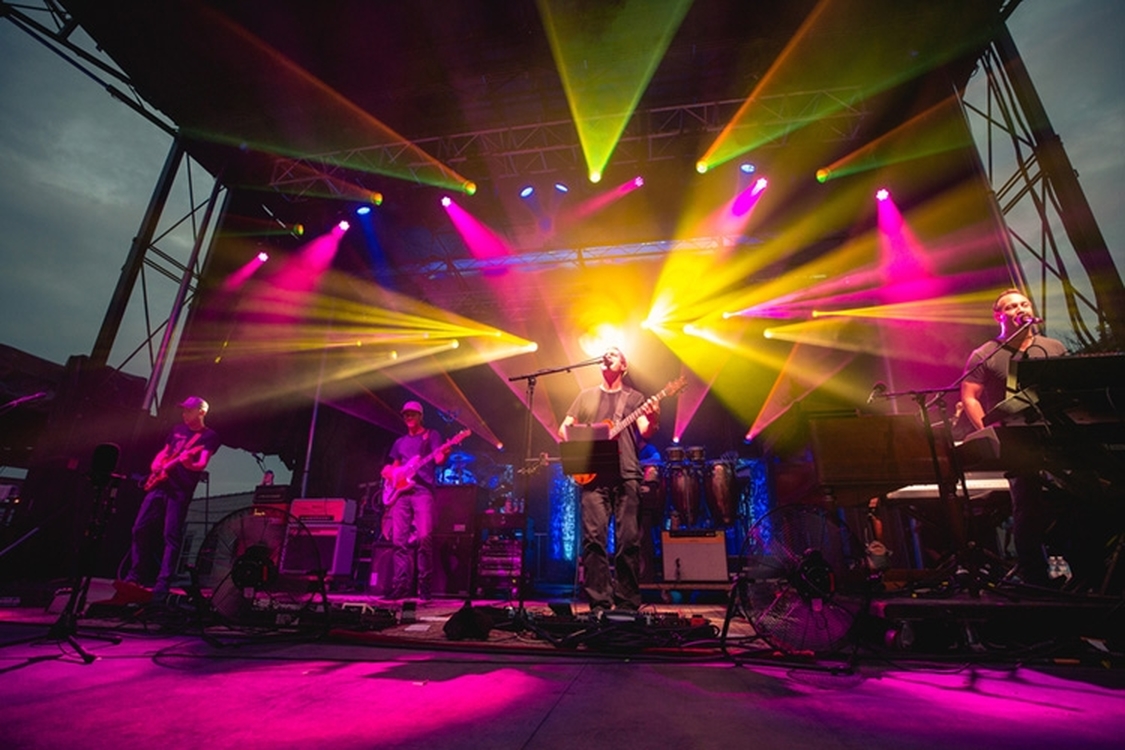 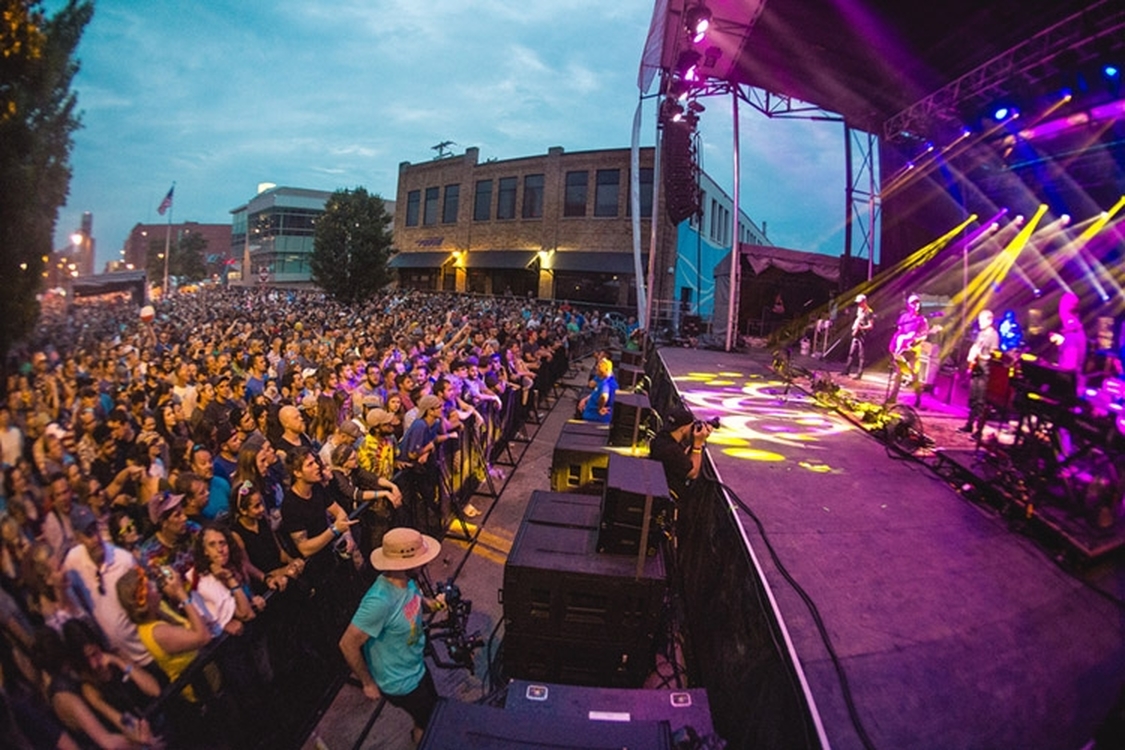 Featuring an eclectic lineup including Umphrey's McGee, Blues Traveler, Leftover Salmon, Mustard Plug, The Accidentals, The FBC All-Stars and DJ Omega Supreme the festival was held on the streets of Grand Rapids, MI to an audience of close to 8,000.

Discussing the event's challenges, Technotrix Audio Department Manager Brent Bernhardt explained, 'The concert was held just south of the brewery with the surrounding streets closed off and the stage aimed at the building. In years past, the company had used smaller stages and another provider, but this year they wanted to up their game and attract bigger bands with nice staging, PA and lights. So, they opted to go with us and we had them upgrade to a huge Stageline SL320 package with large wings, a crossover, dock and all that.

'We had buildings to the left, right, behind and everywhere you could see, so we were concerned about echo and reflections because there was a façade only ten feet away from House right PA and the House left PA had to fire through trees to get to the crowd––not the ideal situation.

'Another concern was not disturbing the neighbors with what is a larger PA,' Brent continued. 'And we had to make sure Umphrey's McGee, Blues Traveler and the other bands got the coverage and audio quality they expected. We fired through the trees with success and clarity, avoided reflections from surrounding buildings and that eight-box array covered 300 ft. from the stage to the brewery with no problems.'

Asked about reactions to MLA, Brent responded, 'I was getting comments like, 'Walking on to the site, the sound was crystal clear across the entire area, even with the trees and buildings.' We had engineers who had concerns about the trees, but once they heard the system, they were just fine with it.'

Luke Sass, Promotional Manager for Founders Brewing Company, concluded, 'Founders Fest takes place in a tight urban setting. By using Martin Audio equipment our event finally sounded and felt the exact way our team has always envisioned. Martin Audio not only provided the reach and clarity we always dreamed of, their equipment also made it possible to exclude neighboring communities from an onslaught of potentially unwanted sound. All of these factors were key to the evolution of Founders Fest in 2017. I would encourage any event producer, veteran or amateur, to take a listen to Martin Audio'