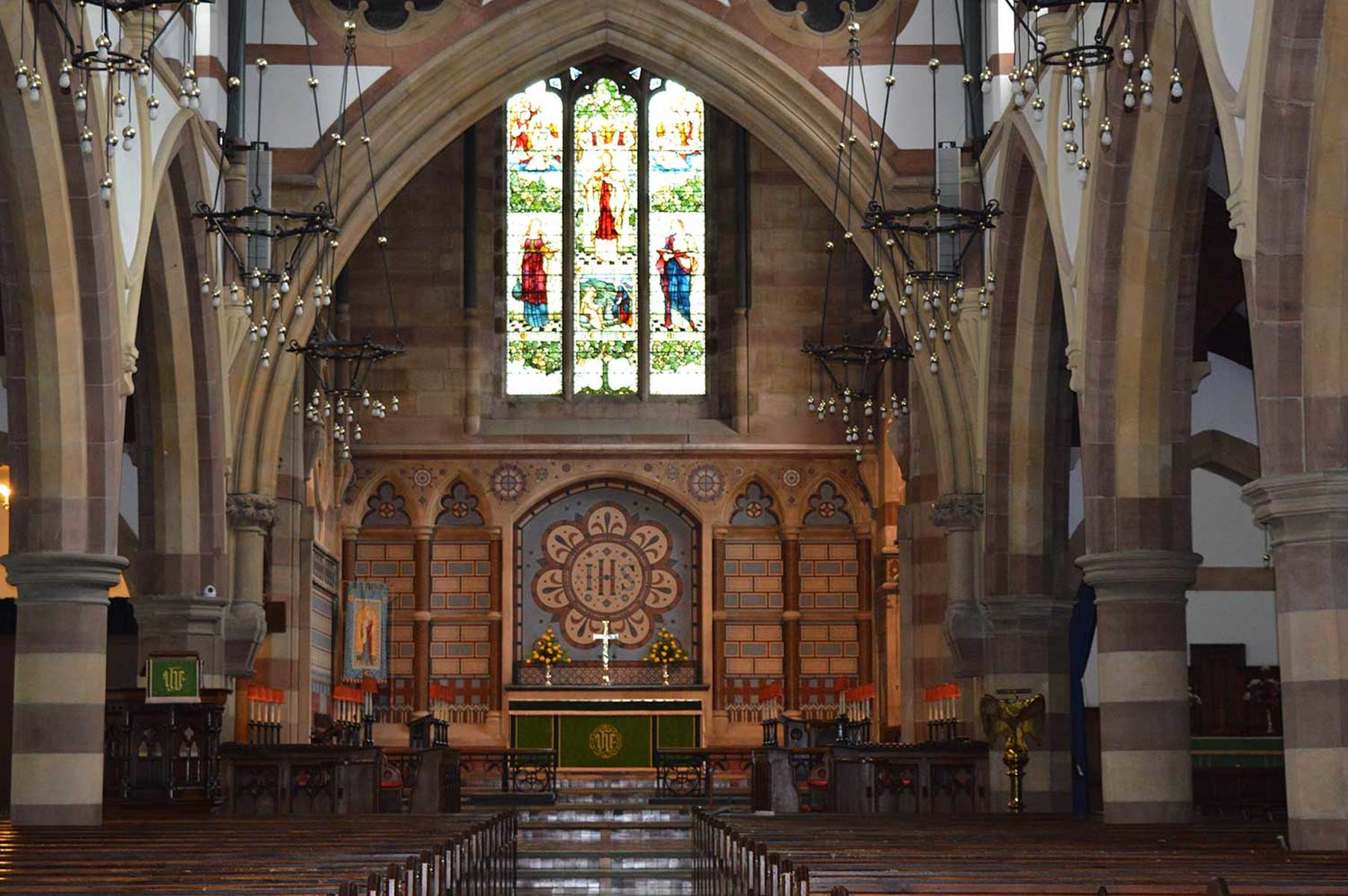 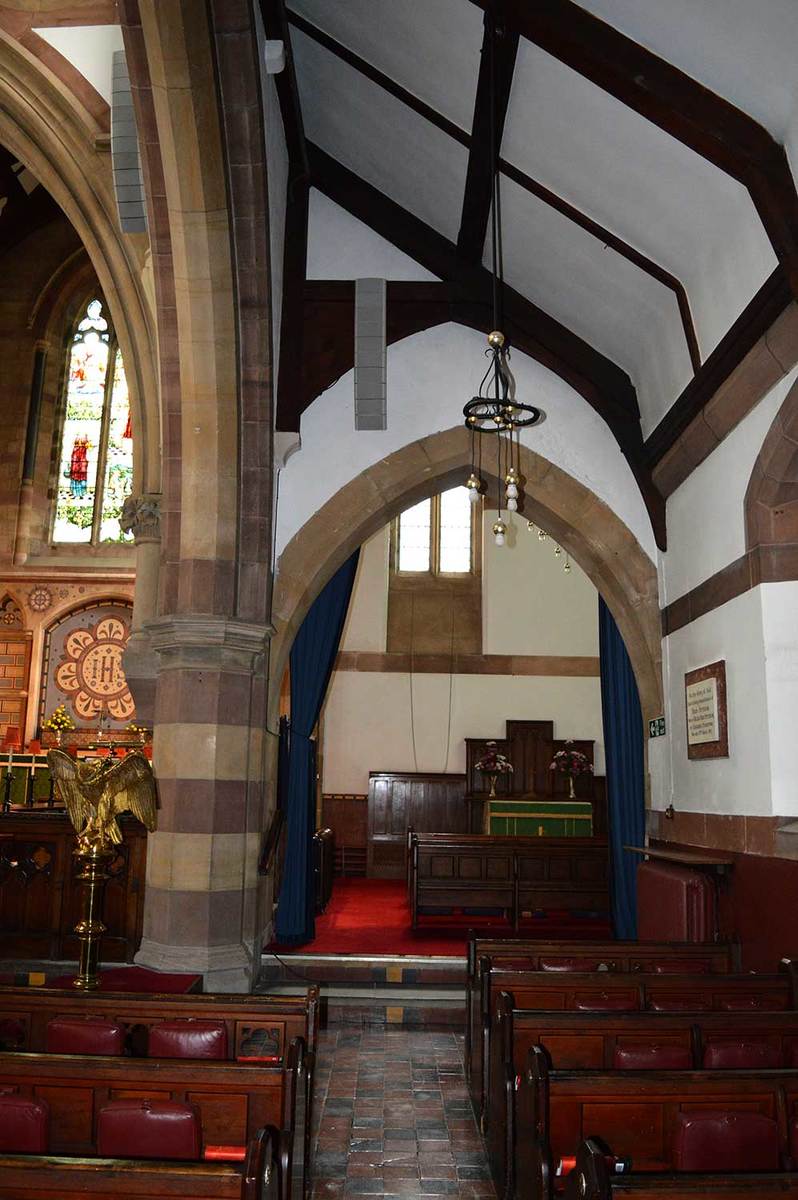 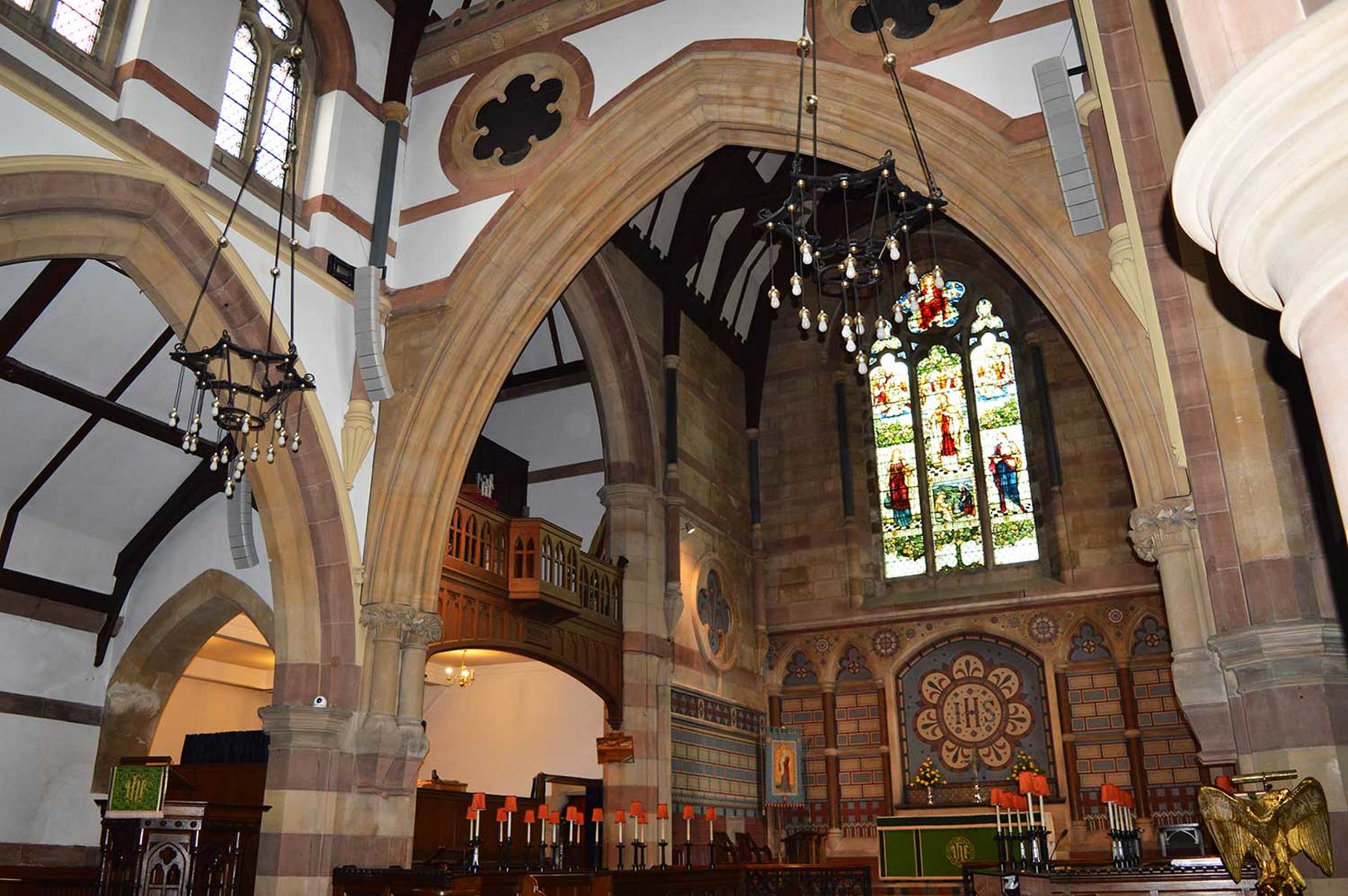 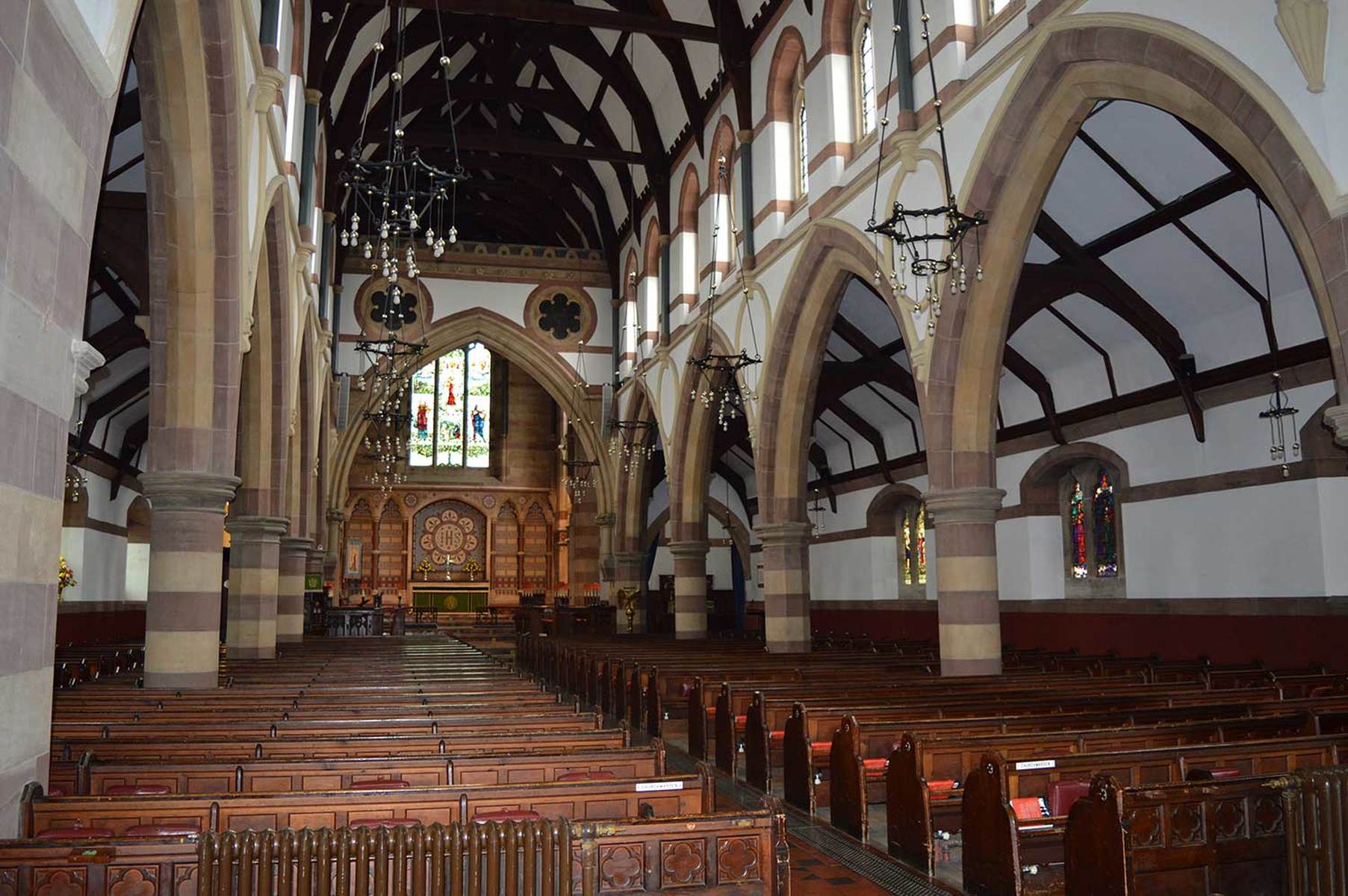 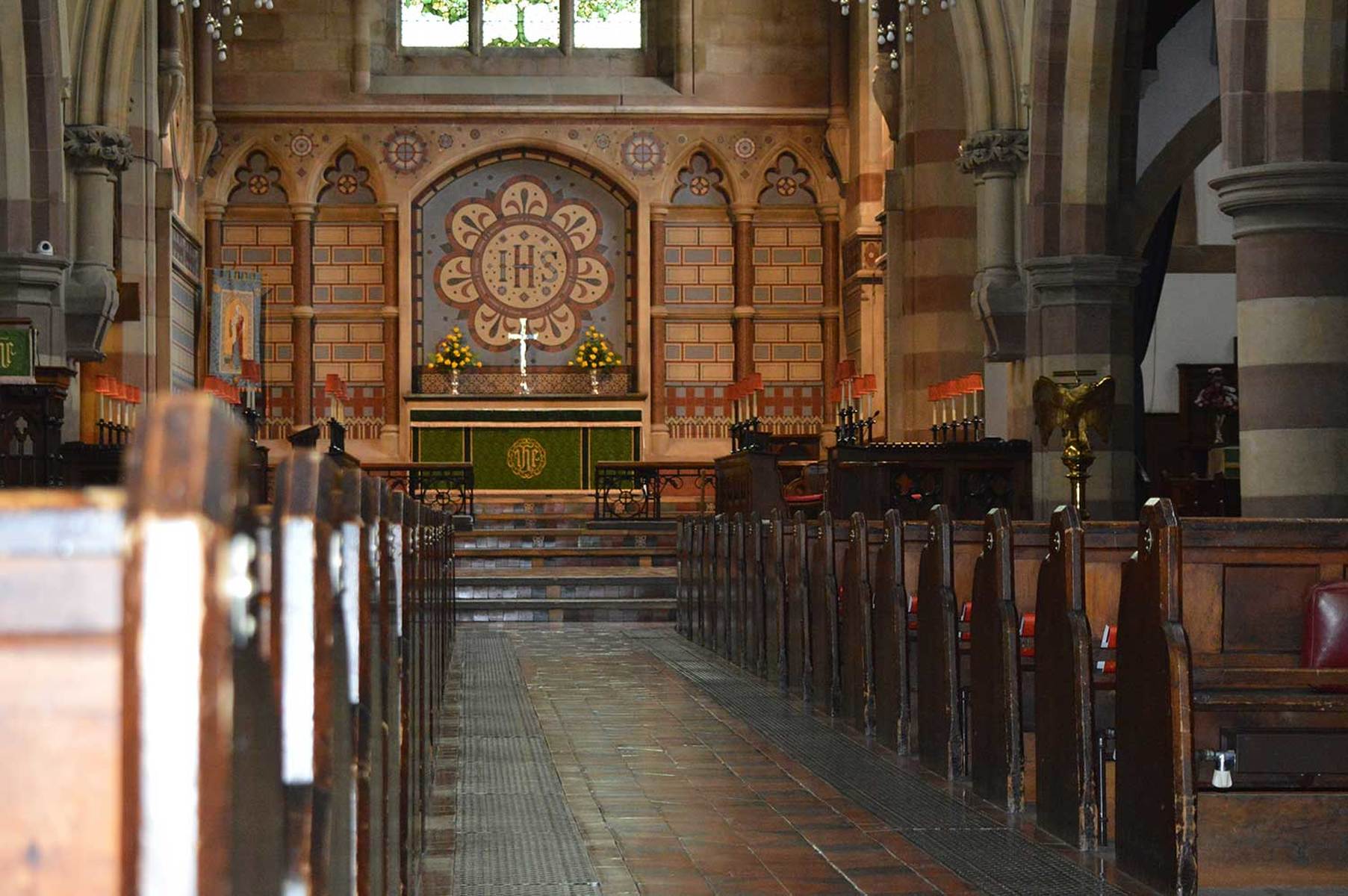 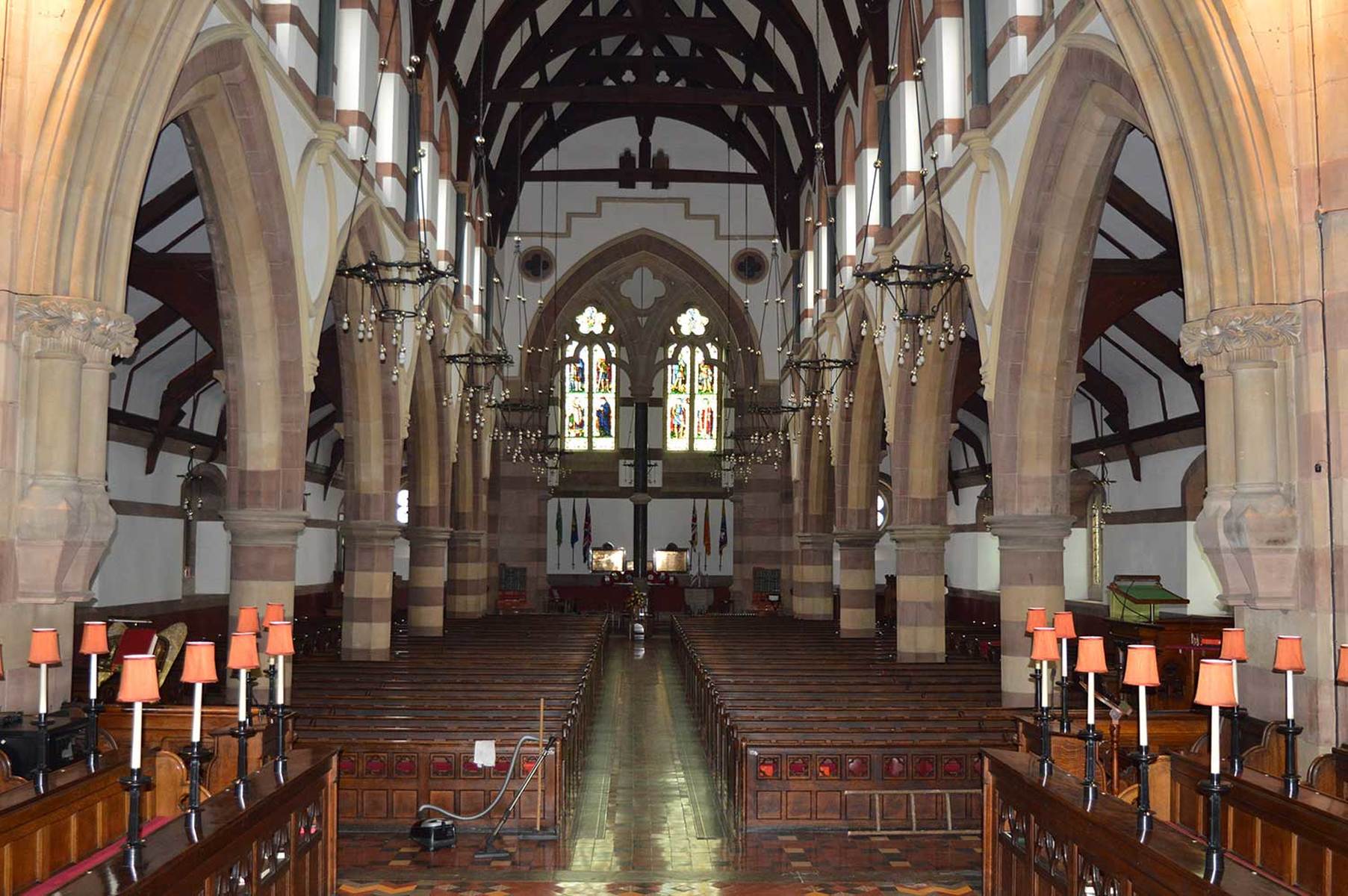 Situated in the Dundela district of Belfast, St Mark’s Church has a remarkable heritage. Historically, it has strong links with the author CS Lewis, whose grandfather was the first rector of the Parish.

Designed by celebrated Gothic architect, William Butterfield, in 1876, it recently underwent a complete overhaul of its sound system, with Martin Audio partners, Rea Sound (under the project management of Roger McMullan), installing the manufacturer’s sleek and discreet O-Line software-optimised micro line array, which is purpose designed for houses of worship.

Rea Sound had introduced O-Line to the Irish church market as soon as it was introduced back in 2007 — and wherever budgets have permitted, they have continued to specify the award-winning solution. “Nine out of ten people don’t believe it will deliver such clarity of voice reproduction until we demonstrate it,” McMullan informs.

The audio quality in every seat is exactly what we wanted

In this instance the facility wanted an effective sound system that would provide just that clarity from front to back of the long rectangular space. “At the same time they didn’t want to have visible loudspeakers everywhere—and so O-Line was the obvious choice.”

The Grade A-listed Church of Ireland establishment had first approached Rea Sound back in 2018 after responding to an advertisement in a church magazine. “The previous PA was an old 100V line system and people in the centre and rear of the church couldn’t hear,” noted the Rea Sound project manager. “They had spoken to other sound companies, who had wanted to put speakers on pillars, which they didn’t approve of.”

Rea Sound duly arranged a visit to their facility in before setting up a demo of an eight-elementO-Line hang on site. “We wanted to let the choir master, minister and organist hear the quality over the area they wanted to cover, and they were all blown away,” he reports. And this won Rea Sound the contract.

Rea Sound had noted the 28m distance from front to back of the church (along with the Heritage restrictions placed on them). Dividing the building into five sound zones (including three O-Line zones), their solution was to have two hangs of eight O-Line elements left and right and two hangs of 12 in the centre to provide even coverage along the length of the rectangle, with a 6m trim height.

The coverage and clarity of spoken word over the congregation area is now without comparison and the reverberation time is minimum. In addition, a pair of Martin Audio CDD5’s provides choir stall coverage behind the pulpit, via an Allen & Heath Qu-16 digital mixer. A third CDD5 takes the feed into the newly built creche.

Roger McMullan’s theory for the low reflection value and near perfect acoustic is based on the fact that the ceiling is covered in Belfast Linen. “And that fabric probably helps considerably.

“We have delivered exactly what was requested, including a digital wireless system,” he summarised. “In fact they can now hire it out so that bands can play through O-Line as a full range system without the need for additional subwoofers.”

Dr. Sarah Bass, from the Vestry committee, added: “We are very pleased with the end result and the delivered audio package from Rea Sound.The audio quality in every seat is exactly what we wanted.”