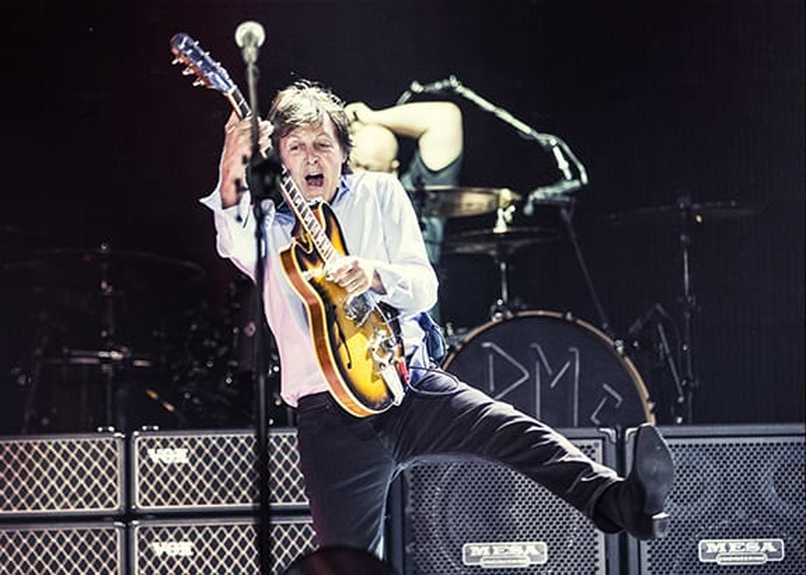 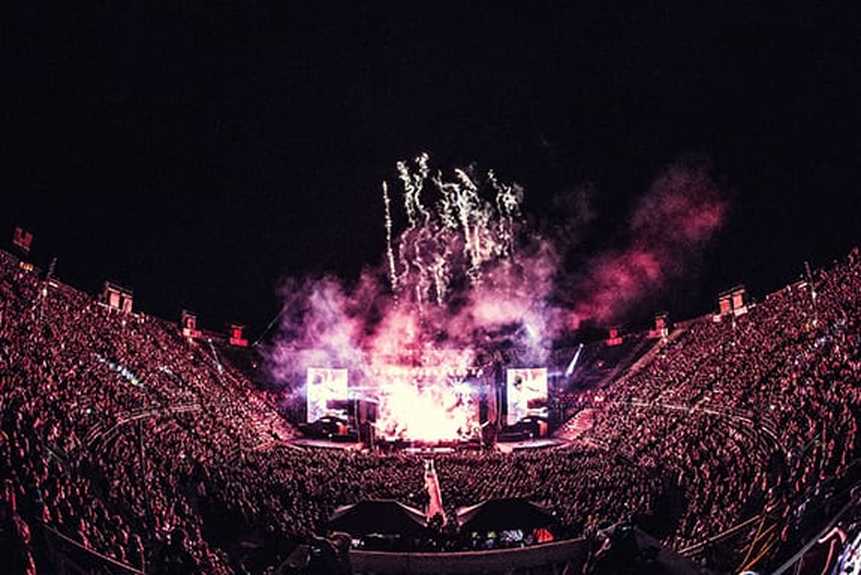 Paul McCartney's 'Out There' tour recently landed in the Arena di Verona, the historic Roman amphitheatre that for thousands of years has provided entertainment spectacles for the people of Verona.

Touring logistics meant that Paul McCartney's regular PA system could not make the Verona date so local supplier Amandla Productions stepped in to provide a Martin Audio MLA system, supported by All Access, the owners of Italy's largest MLA rig.

Paul McCartney's long standing FOH engineer Paul 'Pab' Boothroyd' was at the helm for the show, ably assisted by his touring system tech Chris Nicholls. Both were impressed by the systems performance.

'I had heard a lot of good things about the new Martin Audio rig and was happy to use it for this show' stated Boothroyd. 'Everybody was really happy with the show, the coverage was great and the detail and clarity in the system made it an enjoyable show to mix. It's great to see Martin Audio right at the front of new design, the first systems I mixed on were Martin Audio Phillishave rigs and that powerful musical sound got me going in my career.'

All Access system tech Red was able to demonstrate the unique control of the MLA to Chris Nicholls with good effect: 'the way the system was able to cover a steeply raked venue with relatively few boxes was very impressive, it didn't look as though they had enough curve on the array, and we gave them a really tight weight target to hit so they couldn't add more boxes, yet the flatter array shape was great for the throw required. With a quick adjustment in the software they had the system covering great right up to the back seat without adjusting its angles and that's something I've never heard a system do before.'

The system deployed in Verona included 12 MLA per side for main hangs, 6 MLA per side for out hangs and 2 MLD in the orchestra pit for front fill. The out hangs were particularly challenging as they had to be flown off of the ancient stepped seating within a scaffolding structure. The manageable weight and size of the MLA cabinets made this difficult manoeuvre possible. 'The MLA is less than 88kg' reported Red 'and being based around horn loaded 12's meant we could physically lift the cabinets and fit them in between the steps and the scaffold structure, anything heavier or taller simply would not have been possible in the space available.'

The 'Out There' tour continued on to Vienna before returning for a run of shows in America. 'we're back to our normal touring PA after this show but I'll look forward to mixing on MLA again, this rig is right up there with the best in the world' said Boothroyd at the end of the spectacular 2 ½ hour set that featured a huge range of songs from the McCartney, Wings and Beatles back catalogue.