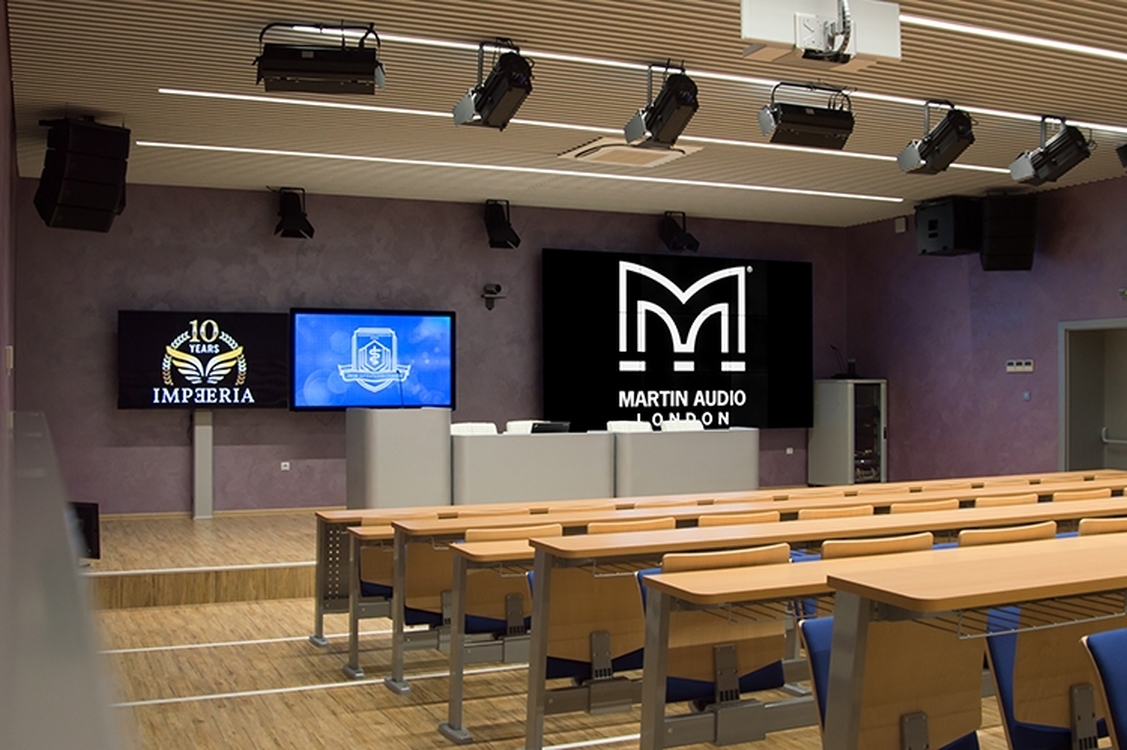 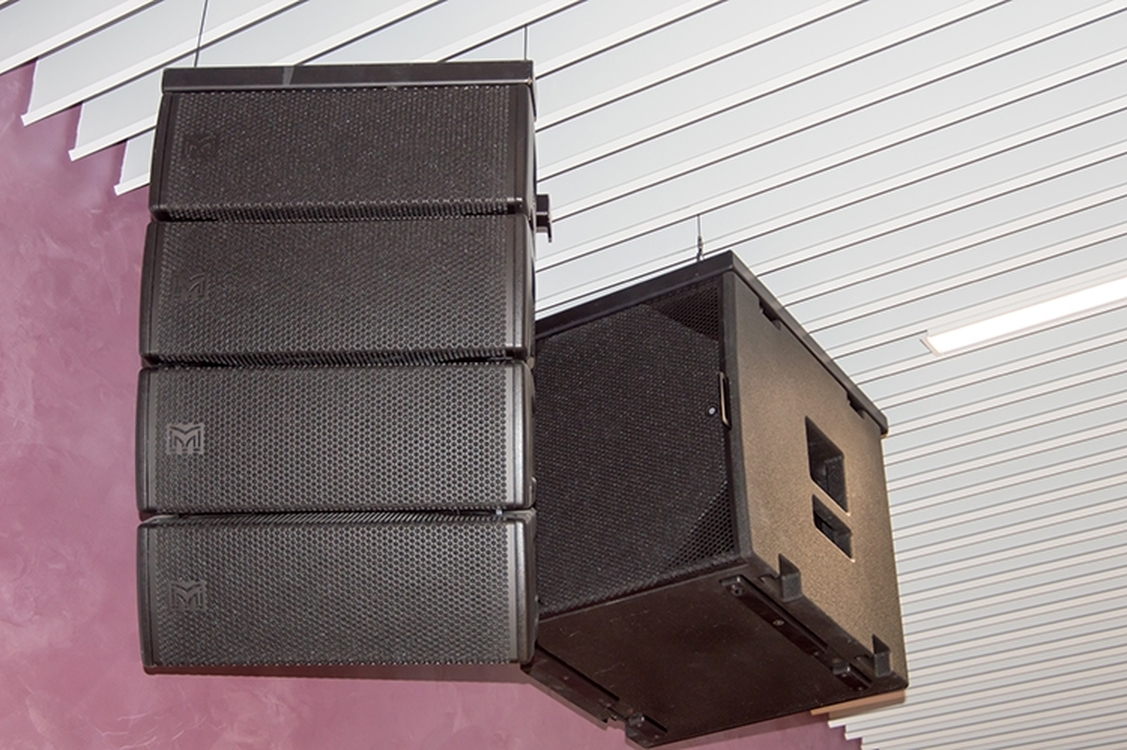 A Martin Audio MLA Mini system has been installed in the renovated Auditorium 1 at Varna Medical University in north-east Bulgaria.

Opened in October 1961, Varna Medical University was the response to the growing public need for highly qualified medical staff and specialised medical assistance in the country. It led to the setting up of a new facility for training, research and development purposes and its expansion urged the building of new hospitals with different specialisations.

The growing importance of Varna MU as an institution in the field of education and science, duly brought the need for modernisation of the training and lecture halls, with the idea of integrating videoconference study and audio-visual distance learning, enabling lectures to be webcast via an IP network to remote locations.

The final stage of the development involved the opening of the renovated Auditorium 1 in the Rectorate building, where equipment includes a video wall, displays and interactive boards, TelePresence collaboration system and AV matrixes.

Imperia AV were then tasked with completing this integration with a sound system. The company's AV manager Galin Aleksiev noted that there were complex functionality issues and acoustic performance requirements, which suggested a Martin Audio MLA Mini would provide the best solution.

'On the one hand, the sound system had to be equipped with a digital configuration and control system to make it compatible with the other products, but it also needed to be easy to operate by non-technical personnel such as lecturers.'

The bench seating area also needed to have uniformly distributed SPL. 'But there was no way we could fit a large number of speakers on the walls, due to the rigid interior design concept, which only allowed for a minimum number of visible objects,' Galin continued. 'The multipurpose profile of the lecture hall required the use of bass enclosures to complement the full-range concert system, but there was no place specified for them.'

'The demand was for speakers that could be located close to the walls, in the corners next to the lectern, in order not to overlap the big video wall and at the same time not cause mic feedback at the lectern. The sound pressure in front of the speakers had to be high so that it could uniformly cover the hall to the back rows, but at the same time the use of a classical line array would have generated strong reverberation from the walls (located within centimetres of it), and would reduce speech intelligibility to critical values.'

Imperia AV concluded that this complexity of requirements demanded the use of Martin Audio's revolutionary, Multicellular Loudspeaker Array technology in the shape of MLA Mini. In Auditorium I, four full-range speakers are situated on both sides, with one MSX bass-speaker installed behind each of them - this enclosure houses amplifiers and DSP modules for all speakers on the respective sides.

The electrical and acoustic measurements in the hall following the installation proved once again that optimisation via the customised Martin Audio MLA software produces results which are unsurpassed in the field of professional sound systems, even in the compact class.

'We would like to thank the University management for providing us with the opportunity, through this unique challenge, to present the unique features of MLA Mini to such a wide audience,' concluded Imperia AV's Galin Aleksiev.