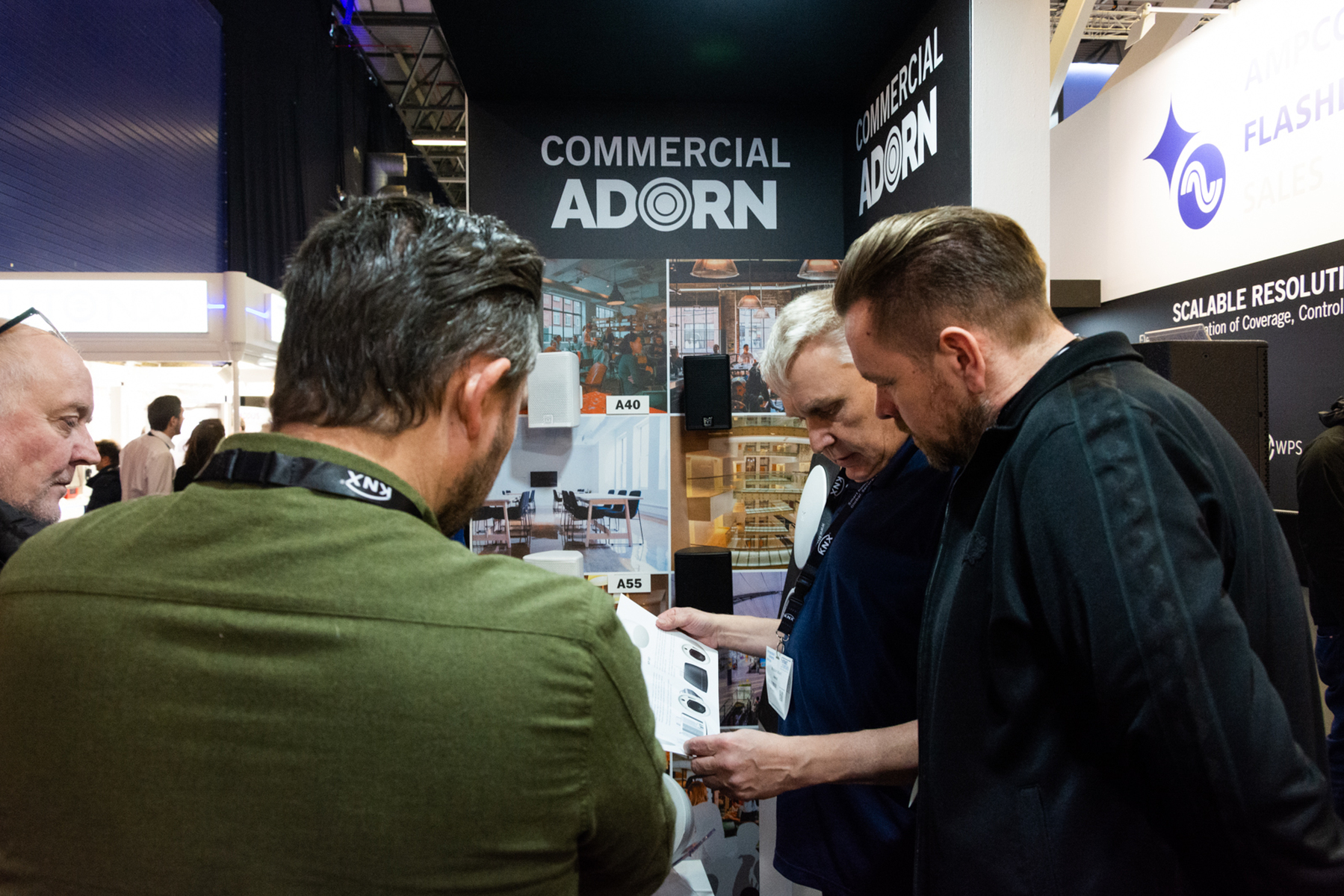 Despite all of the challenges that were thrown at Integrated Systems Europe 2020, it once again managed to be a successful show for Martin Audio. A busy demo room and high-quality meetings were the major success stories, with a “Best of Show Award” for the new ADORN Ceiling loudspeakers an unexpected bonus.

With 2020 marking the final outing for ISE in Amsterdam, it is sure to go down as a show that everyone who was there will remember. The disruption caused by both Storm Ciara and coronavirus meant that there was a very different feeling on the show floor at the RAI. But with full credit given to the show organiser, those who did manage to make it to Amsterdam were determined to make the best of it and do the business they came for.

This means that while the numbers were undoubtedly down on the previous year, the quality of meetings on the Martin Audio stand was as high as ever. Visitors to the booth were eager to learn about the 10 new products that have been launched so far this year, with the ceiling and pendant additions to the ADORN family receiving a great deal of attention.

The advantage of the reduced numbers through the door was the increased quality of conversation that could be had on the booth. With many meetings unavoidably cancelled there was more time to spend in discussion with visitors about real projects and how Martin Audio systems would be the right fit.

If the booth felt a little quieter than usual, the opposite was true for the demo room. People flocked to hear the new systems, such as the new X218 double 18” subwoofer and the five new members of the ADORN family, alongside a wide range of the Martin Audio portfolio. A packed room for every session was able to hear the classic Martin Audio sound run through the whole range, from ceiling speakers to line arrays.

The unexpected highlight of the show was the award-winning performance of the new ADORN ceiling and pendant speakers. Following an explanation of how they can fit in with the rest of the product line to help venues maintain the same sonic signature in every space from the lobby to the stage, and a demo of their capabilities, the new family members won a Best of Show Award.

“ISE 2020 will certainly go down as a memorable end to the show’s time in Amsterdam,” said Dom Harter, Managing Director at Martin Audio. “While it wasn’t the event that people were expecting, it was ultimately successful despite the challenges that were thrown at the organiser. In the end, we saw people from all over the world and were able to have conversations about real business. Our popular demo room was full for every session and the Best of Show Award was a wonderful way to end our time here. We’re looking forward to see what Barcelona brings in 2021.”

For those who were unable to make it to Integrated Systems Europe 2020, there is another chance to hear the full catalogue of Martin Audio speakers at the first of this year’s UK Open Days, taking place March 17-19 at our headquarters in High Wycombe.