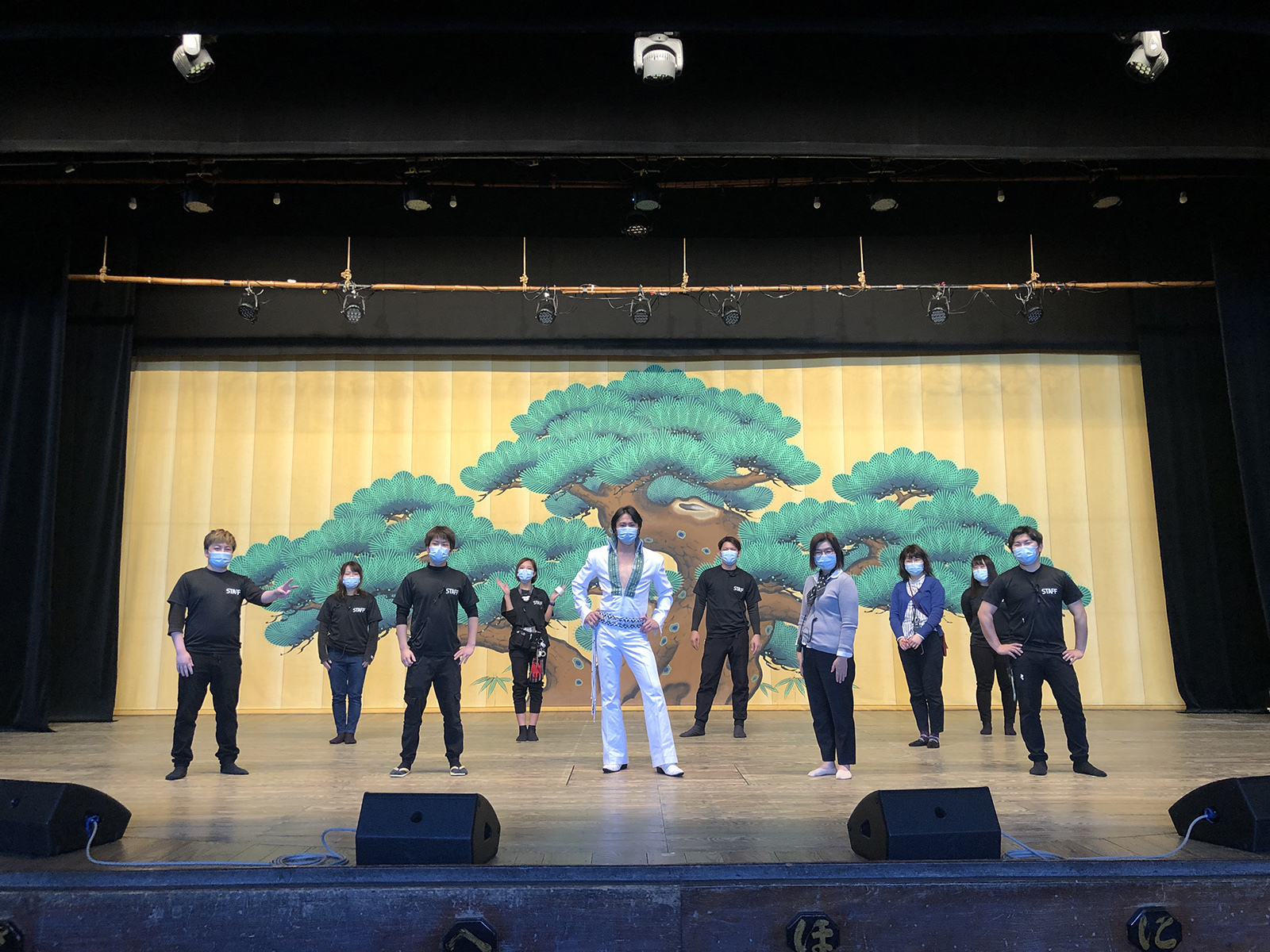 The Kaho Theater in Iizuka City, Fukuoka, has survived many difficulties since the original building appeared in1922 and along the way this playhouse has been designated a Japanese national registered tangiblecultural property.

The predecessor of the current Kaho Theatre, Nakaza, was originally opened as an entertainment place for people working in coal mines in the Chikuho region. Mainly traditional drama, Kabuki, standup comedy, juggling and silent films were performed during that era.

In recent years, it has been used as a multi-purpose event venue, and at full capacity can host audiences of 1200. In addition to traditional performing arts, various events such as music plays, lectures, talk shows and concerts have all been staged there.

Because of Covid-19, the theatre was recently forced to close, but in collaboration with rental company, Toyo Amuse, who own a Martin Audio Wavefront Precision Compact (WPC) rig, they have been able to stream live online various performances at the theatre, creating a lot of impact in the media.

As a partner that supports both regional activity and traditional Japanese culture, I anticipate further success with WPC in the future.

This is known as the ‘Yumebutai Project’. With fewer professionals coming to play at the theatre because of the pandemic, the production team decided to embark on a policy of open recruitment of performers, who in turn can feature their work online via a livestreaming service.

Mr. Masanori Keuchi, CEO of Toyo Amuse explained, “When all events and concerts were cancelled due to Covid-19, the theatre decided to collaborate with us to record and deliver performance online, to make people happy.”

As the main programme has generally been traditional performing arts a loudspeaker system was previously not required. This has now all changed and Toyo Amuse have been able to install a temporary speaker system including WPC, XD12, LE100 from their own stock, for a much broader range of presentations. “This makes it fully compatible with all music applications," he says.

Toyo Amuse are recent converts to Martin Audio’s signature sound, and WPC represents their latest investment. The 10in, 3-way bi-amp cabinet has excellent coverage and control, and can be used for a range of applications, from arena venues to theatres, and indoor and outdoor events.

At Kaho Theater they have ground-stacked eight WPC elements, with four SX218 subwoofers providing the low frequencies. The sound is further enhanced by a pair of Martin Audio XD12, and eight LE100 floor monitors are available for use as the performers’ reference sound.

"It is important that the artistes maximise their performance even in an unprecedented environment without audience,” Mr. Keuchi continues, “and Martin Audio speakers have an excellent reputation for their amazing sound and ease of use.”

In conclusion he says the acquisition of a premium Martin Audio PA by his company has done much to boost staff motivation. “It was an inevitable move for us,” he summarises. “As a partner that supports both regional activity and traditional Japanese culture, I anticipate further success with WPC in the future.”