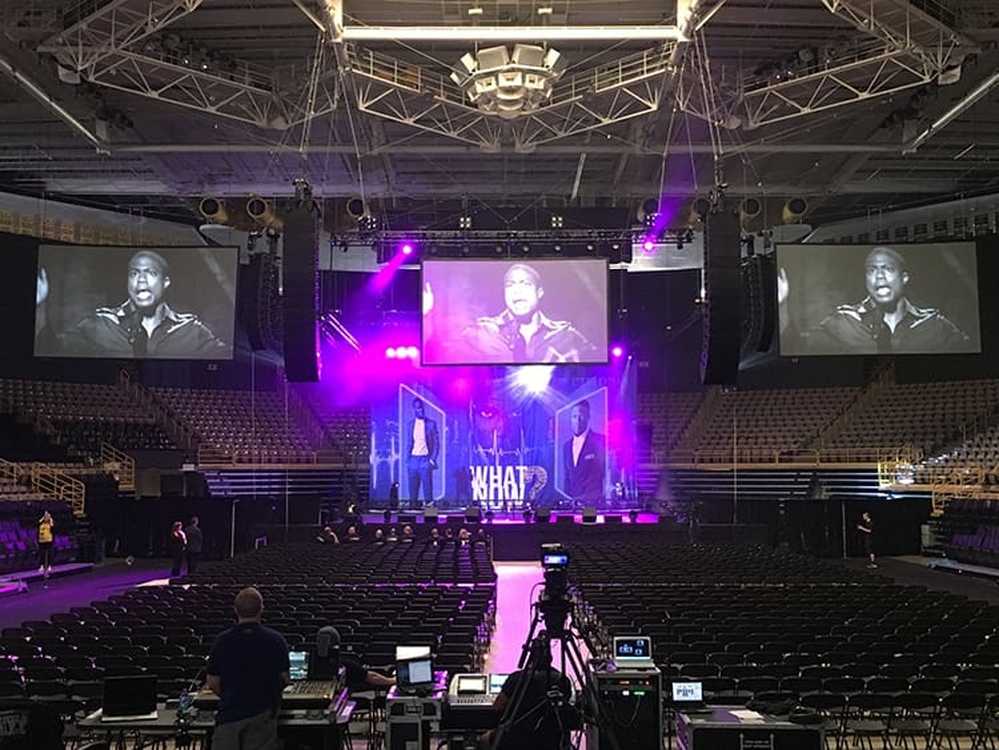 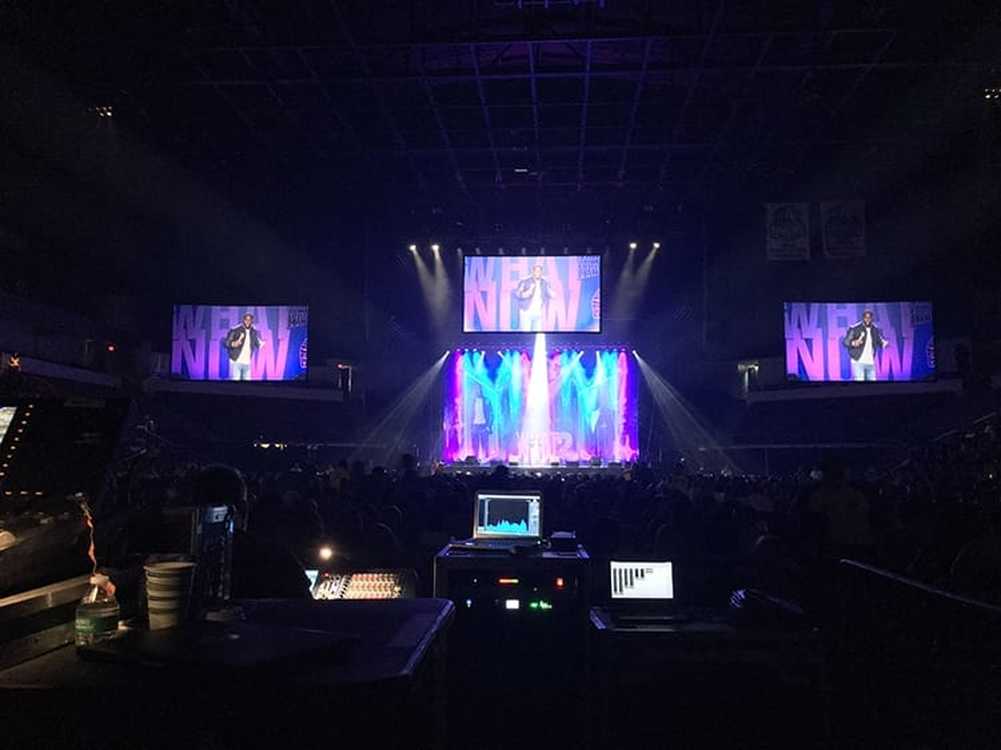 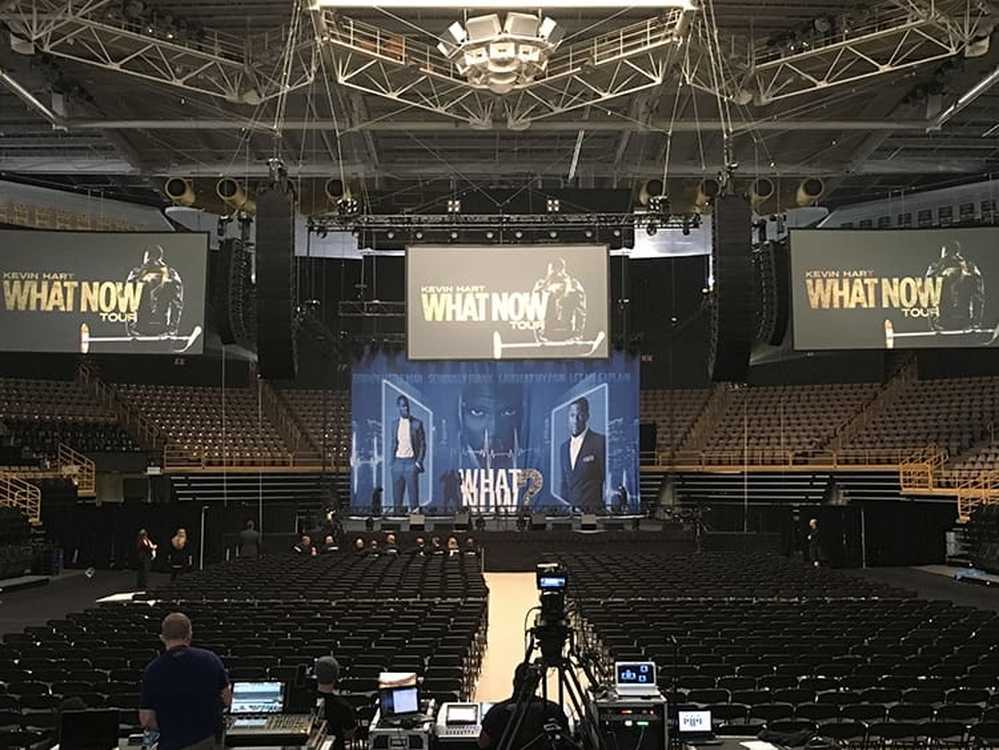 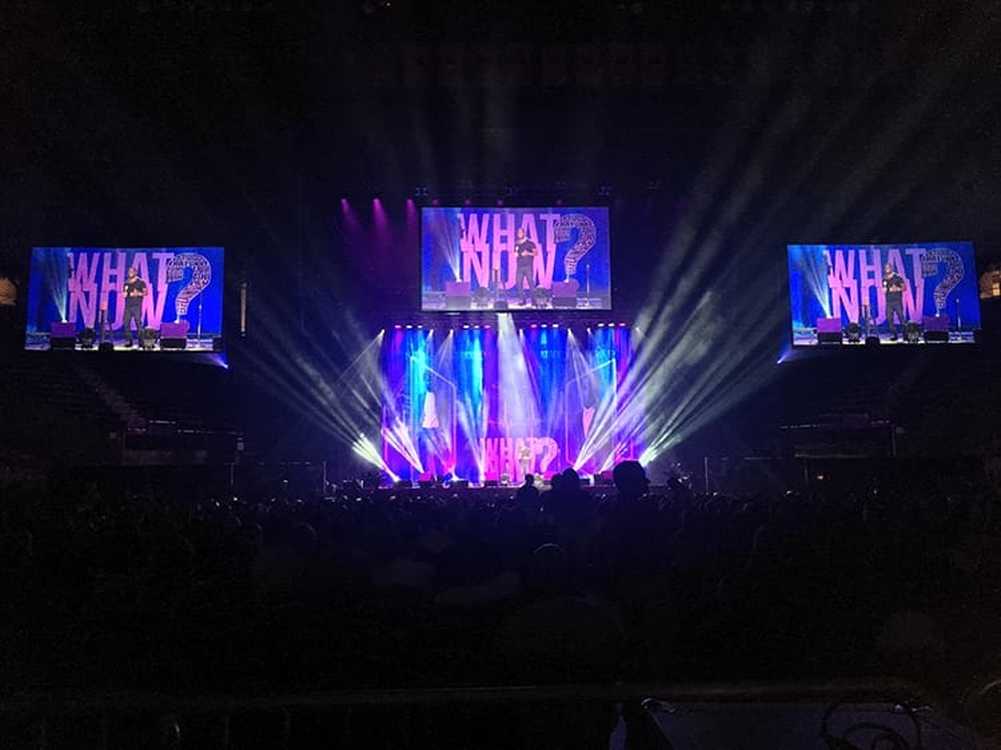 After completing a successful sold-out tour of the U.S and Canada for much of last year, with a Martin Audio MLA PA provided by Showtime Sound LLC, popular actor-comedian, Kevin Hart, and his production manager, Scott Tydings, ensured they maintained continuity by asking Capital Sound to provide a similar rig when the What Now? tour arrived in Europe.

One of America's fastest rising comedy talents, Hart has released four comedy DVDs and appeared on numerous TV shows and in blockbuster films; he has over 20 million worldwide followers each on Facebook, Twitter and Instagram.

As for Tydings he had clearly enjoyed the MLA experience both with Kevin Hart and fellow comedienne Amy Schumer. The fit with Capital Sound, who also specialise in providing sound reinforcement for top-drawer stand-up comedians was an obvious one - although as general manager Paul Timmins explained, the route was not a direct one.

'We were told how popular MLA had been by Rob Hofkamp [Director of U.S Operations] and we learnt that it was their first choice, and they were keen to use it again in Europe. The UK promoters Live Nation work with another Martin Audio customer, SXS Events in Bristol. As we have MLA we became a partner company, working on their behalf. It was a short notice request but has worked out extremely well.'

With Kenny Hoyt again mixing the house sound, assisted by experienced MLA system tech Toby Donovan, production adopted a slightly different configuration to that used in North America. 'Our proposal was for our standard comedy touring rig for the five arenas, which has worked out perfectly.'

In fact they rigged 17 MLA enclosures plus one MLD Downfill, each side of the stage as the main hang, with outfills provided by 16 MLA Compacts. For the LF, eight S218X were deployed in conventional 4+4 L/R ground stacks, with eight tiny DD6 Differential Dispersion loudspeakers mounted on top, performing frontfill duties. For the larger arenas, six W8LM Mini Line Array enclosures provided the delays.

Stage monitoring was limited and the foldback mixes were handled from FOH on a Midas Pro6.

Earlier, Scott Tydings had stated that the Martin Audio MLA rig had been a big help. 'We first used it for the What Now? tour after hearing the MLA Compact at a demo. We've wanted to use it for a long time and just needed this opportunity to put it out there and showcase it.

'We thought it was a great fit for Kevin especially in terms of intelligibility in the arena because if you miss one word he says, the joke's not funny. It's more important to have even coverage and intelligibility for a comedian than any rock concert you're ever going to do.

'Kevin's definitely noticed the difference in articulation and even coverage in every seat with MLA. I was using another system before with three hangs a side and we were still getting sound complaints from people in the upper sections of large arenas about not being able to hear or get the clarity they needed.'

FOH engineer Kenny Hoyt, echoes Scott's impressions: 'MLA is amazing, the clarity and coverage is so much better when capturing a single voice in a large auditorium and making sure that every word gets out to the audience than other systems I've used. Other PAs are ok, but mixing with an MLA system is like nothing else I've ever experienced. I just know that the sound's going to be smooth and consistent with all the right overtones.'

Wrapping up, Scott adds, 'There's been a world of difference with the MLA rig. It's night and day. We've just had some fly dates and Kenny's never happy when he has to leave the MLA rig and do the same show on another system. It's just never the same.

'For me, MLA is like having 3-D audio. Instead of sounding like it's coming from a speaker a few hundred feet away from you, Kevin's voice is right in front of your face no matter where you're sitting.'

Paul Timmins agrees. 'MLA just continues to deliver,' he says. 'In the stand-up world it has already proven a winner with artists of the calibre of Michael McIntyre, Lee Evans and Kevin Bridges.