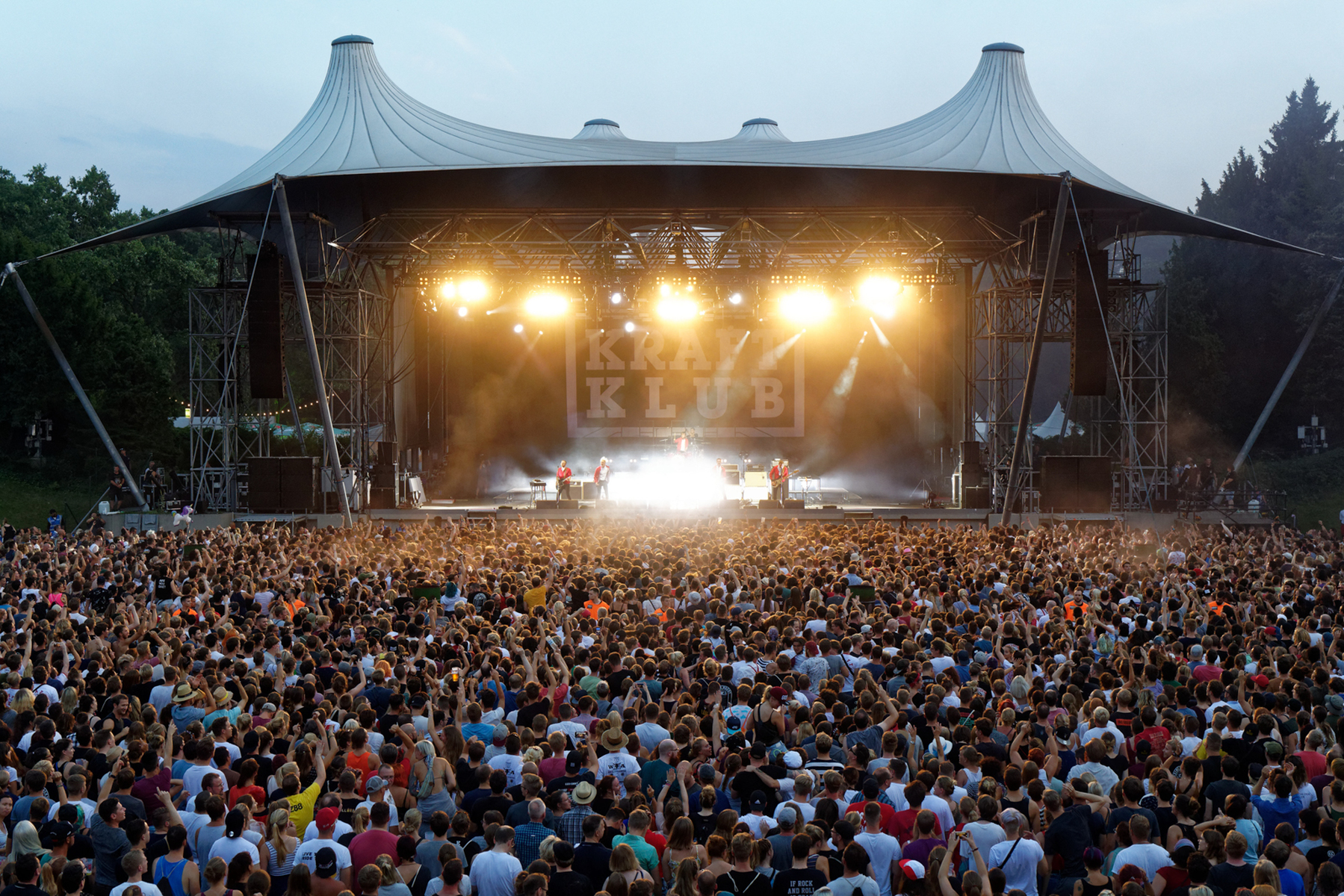 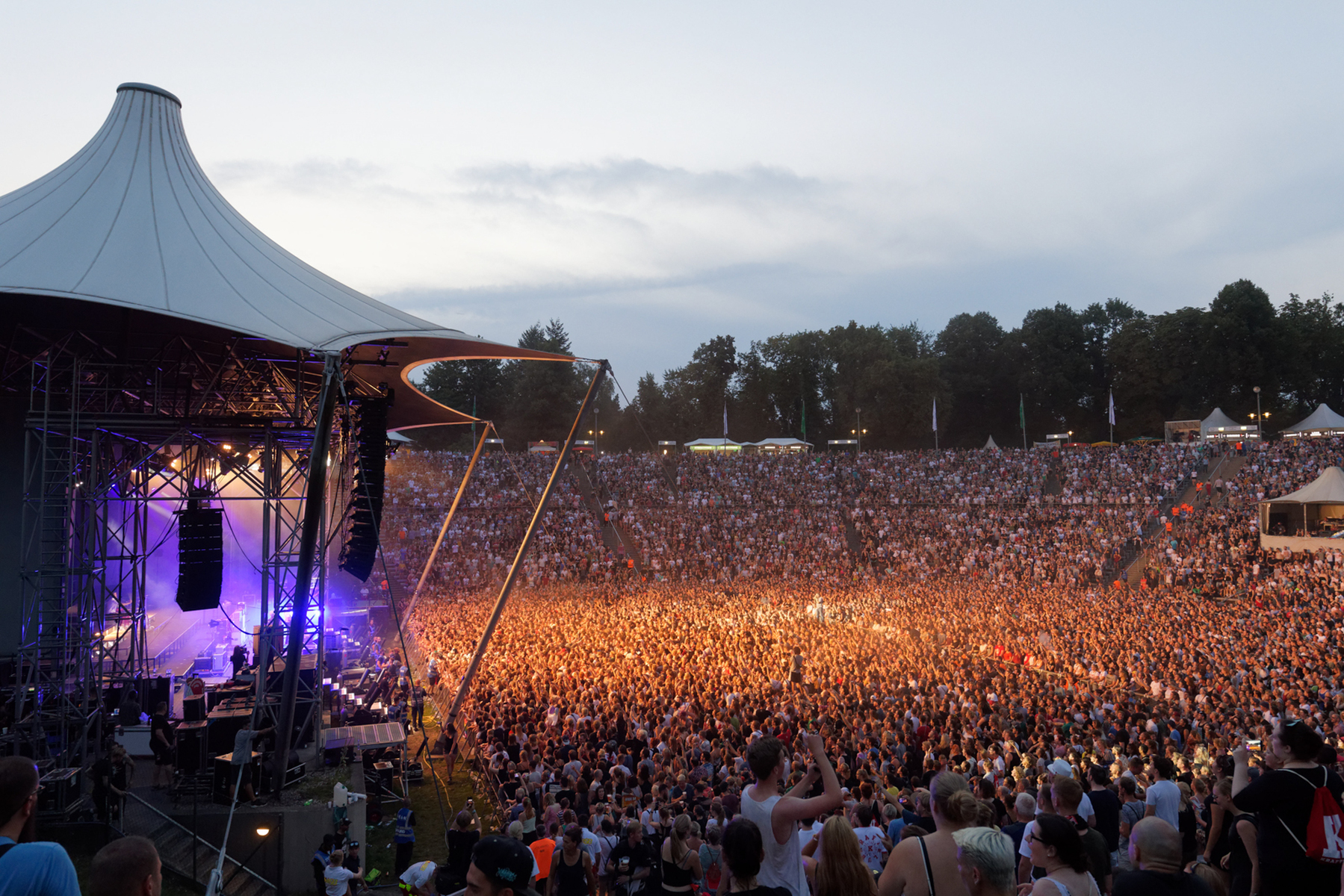 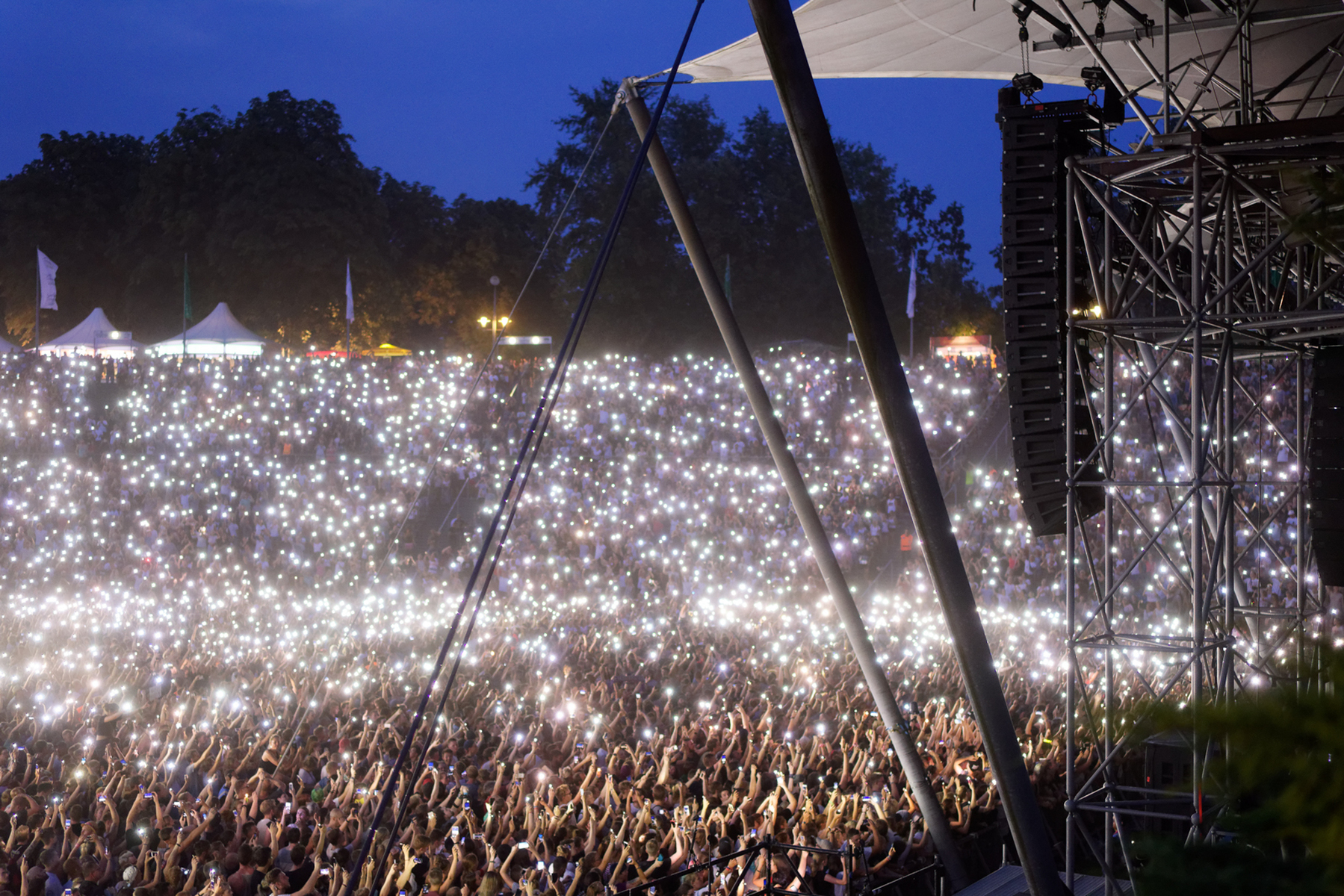 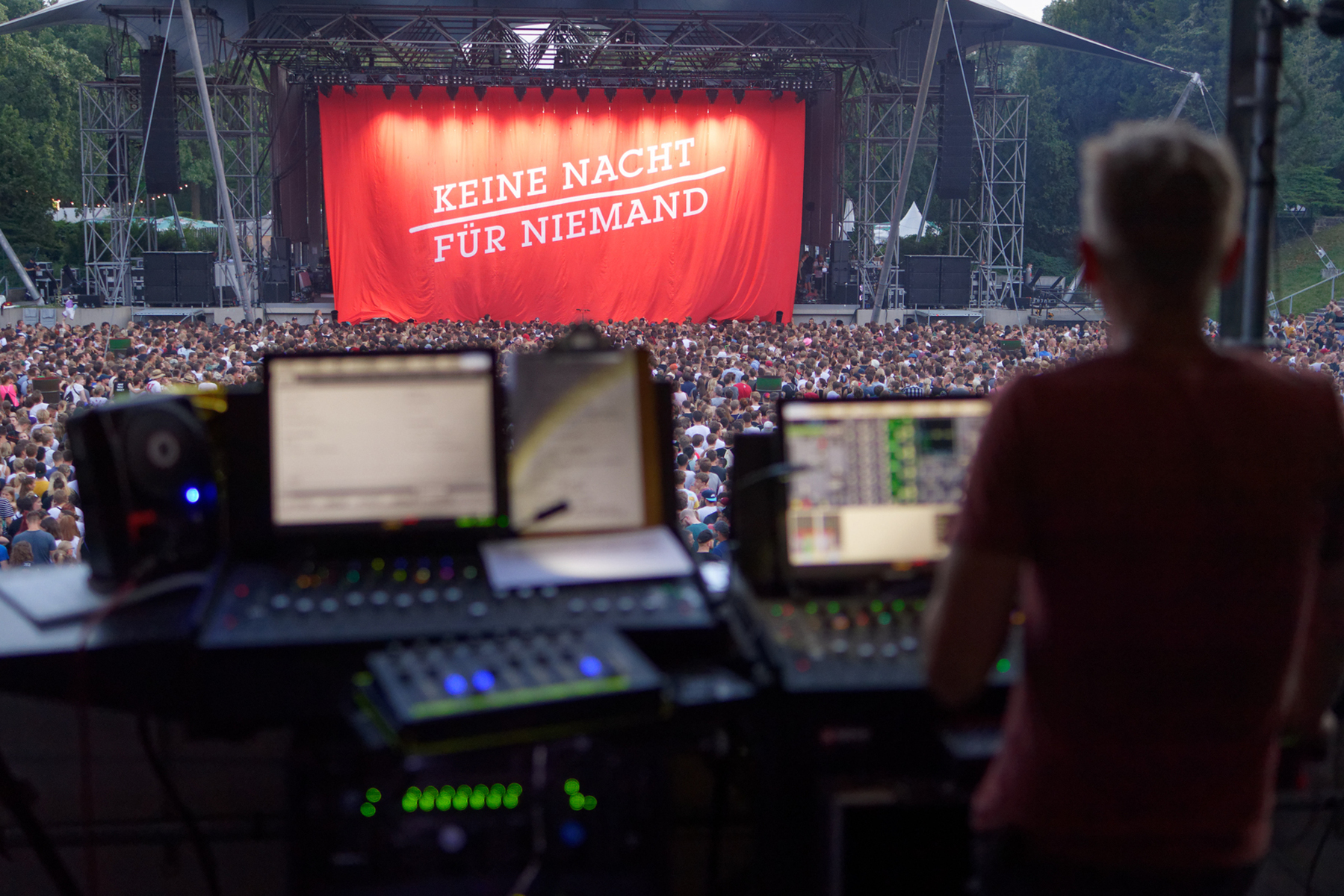 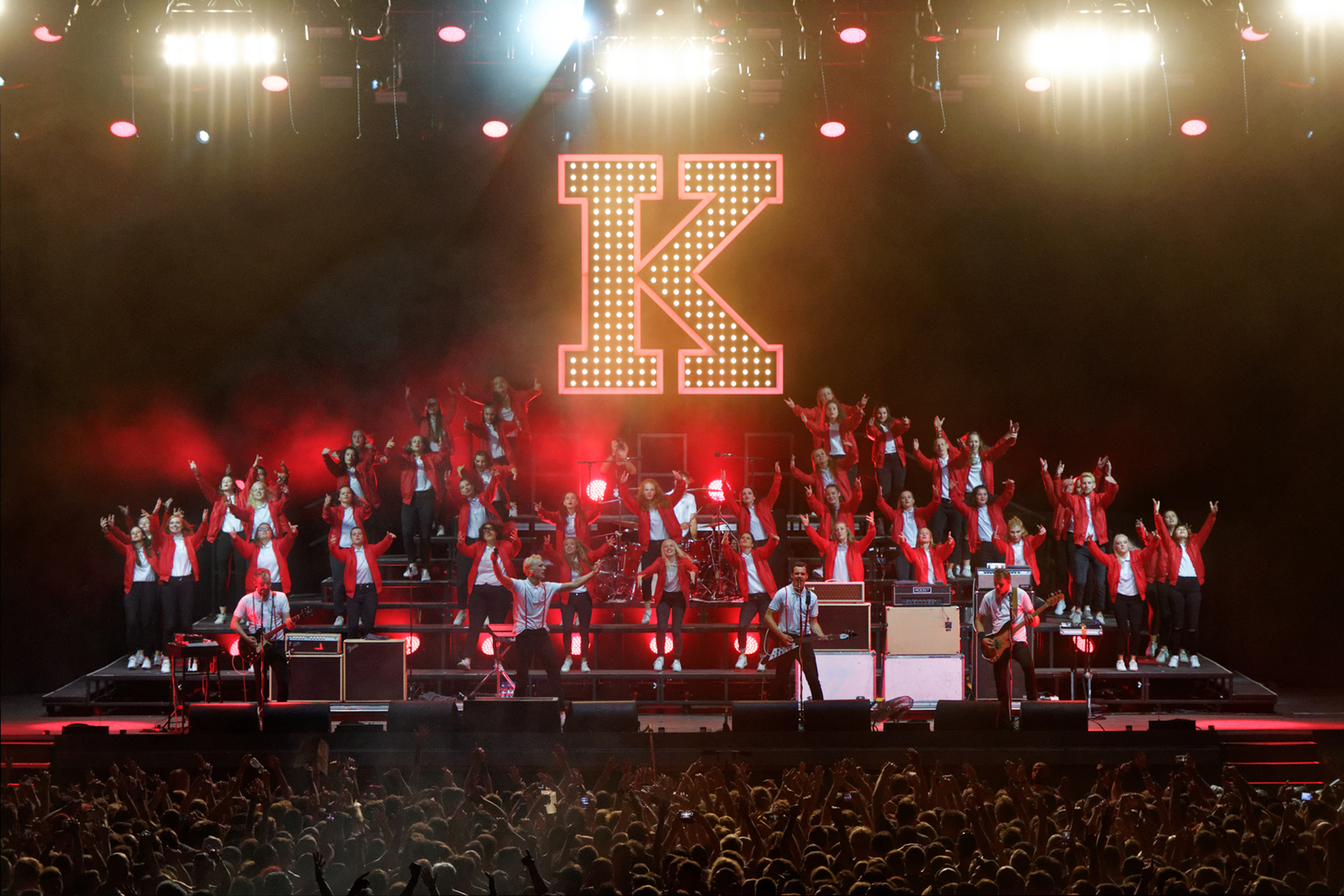 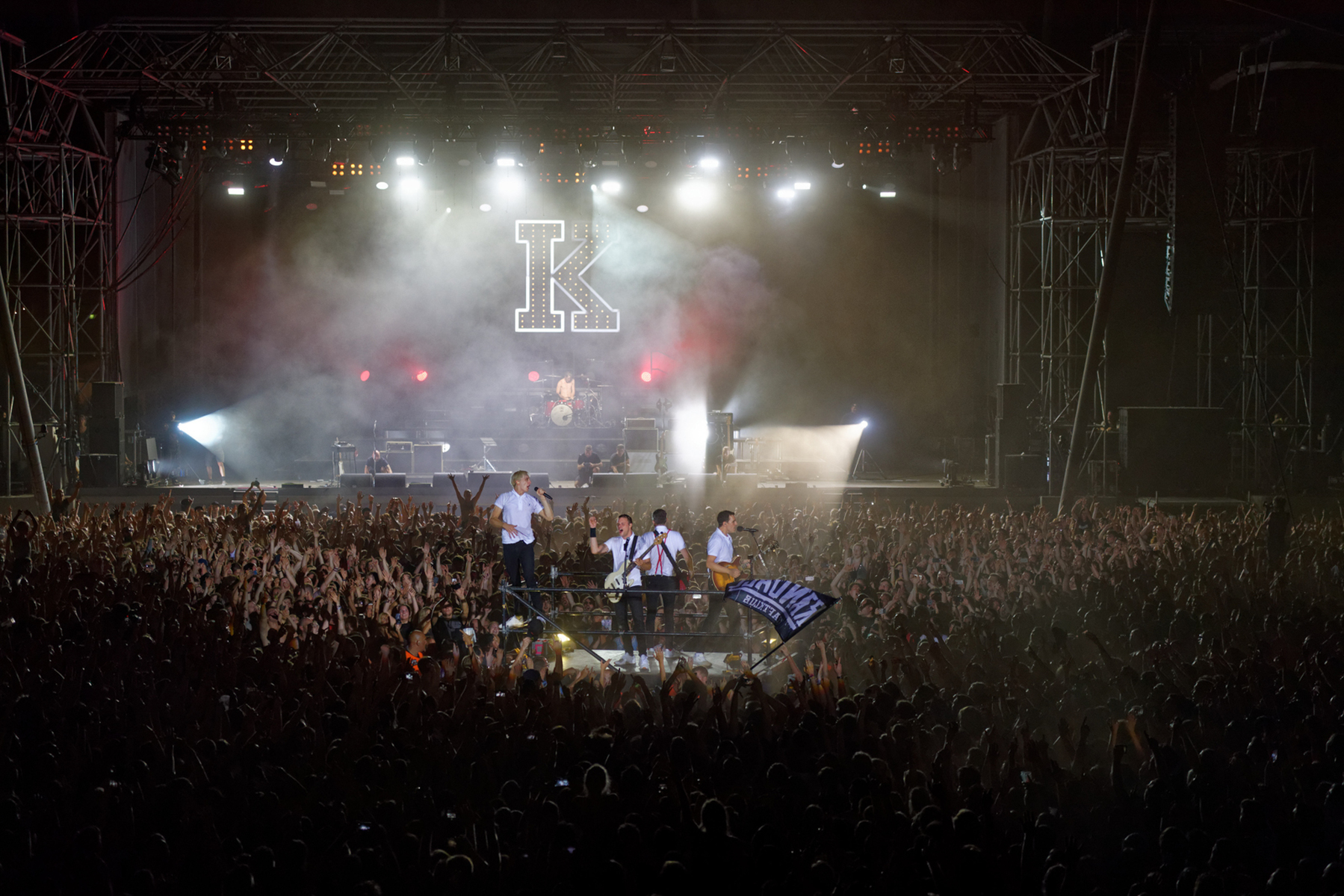 When German band Kraftklub performed before a sell-out 17,000 crowd at the Parkbühne open air venue in Berlin’s Wuhlheide, they did so once again through local PA company, Complete Audio’s Martin Audio MLA loudspeaker array.

The show formed part of the band’s festival tour, where they carry only FOH and monitor control in the truck, tasking local companies, such as Complete Audio, with providing the PA and lighting.

At the Parkbühne, Complete Audio rigged 12 x MLA elements and an MLD Downfill enclosure per side as the main PA, with two sidefill hangs, each comprising eight MLA Compact.

We had to avoid as much spill over the edge as possible … but with MLA´s ‘Hard Avoid’ feature that is easy as pie.

Low frequency extension was provided by 20 x MLX subwoofers, set two wide and three high, stacked on stage underneath the main PA, and a further four stacks of two alongside the stage at floor level.

Whilst the venue is geared up for flying such systems, with adequate rigging points provided, sound spill outside the bowl remains an issue. The sound measuring point is situated on top of the bleachers, and according to Complete Audio MD, André Rauhut, “We had to avoid as much spill over the edge as possible … but with MLA´s ‘Hard Avoid’ feature that is easy as pie.”

Complete Audio were working with an experienced sound team. Crew chief Benny Franke was responsible for the sound design, and he was accompanied by Julian Hoffmann and Roman Herbert, while Nico Lindner, the band’s regular FOH tech, handled the sound mix.

The five piece band combines its unique brand of indie rock with ‘Sprechgesang’, spoken German lyrics, using vocal techniques between singing and speaking, which presents MLA with different challenges. André Rauhut said that the PA was more than able to handle everything thrown at it. “MLA and MLX is a pretty tight system in the low mids, which always makes it a good system to mix through with a guitar/vocal rock act. Because of its power, MLA has lots of headroom and this provides an excellent dynamic.

“We certainly didn’t receive any complaints about the quality of the sound!”