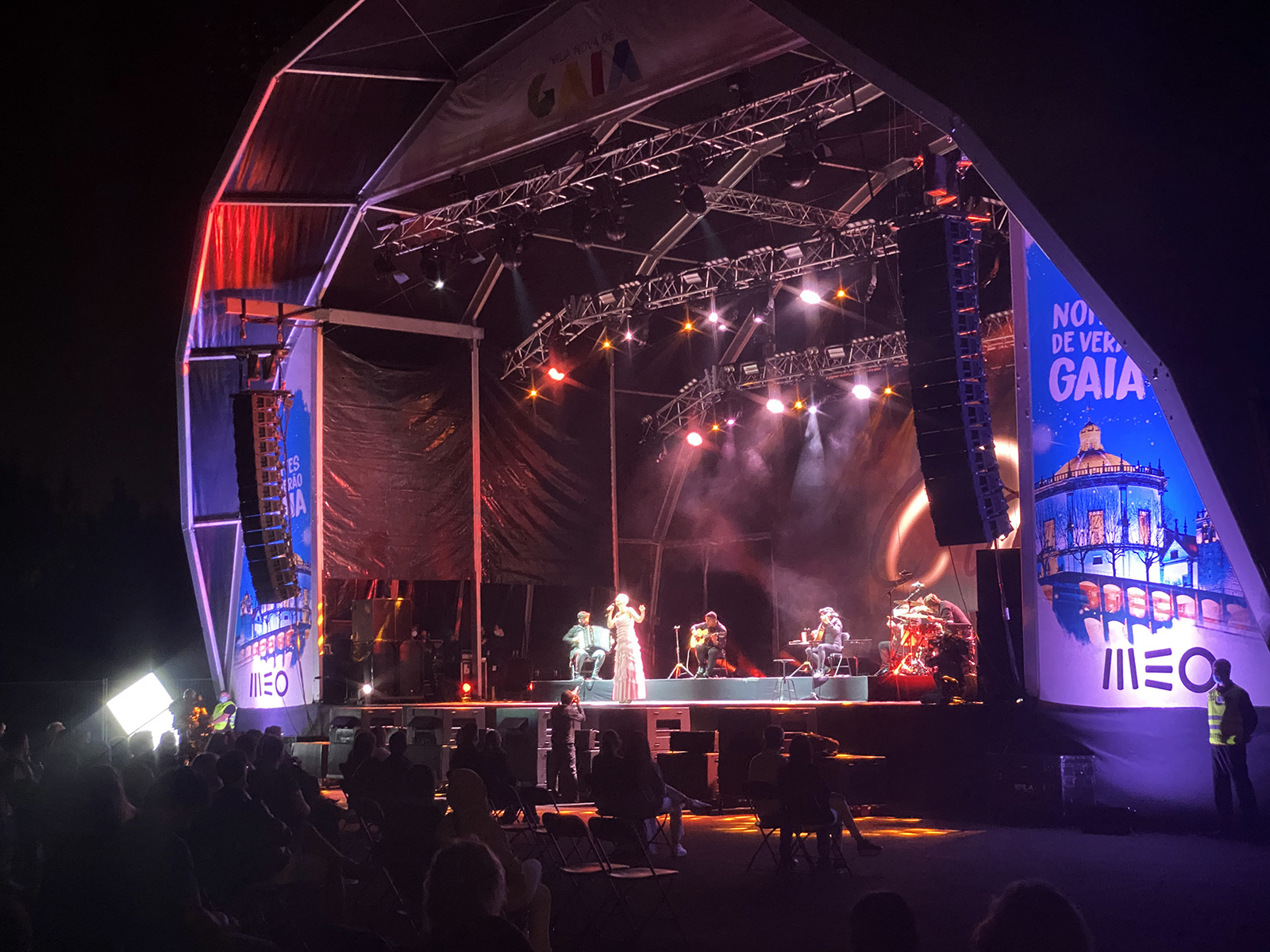 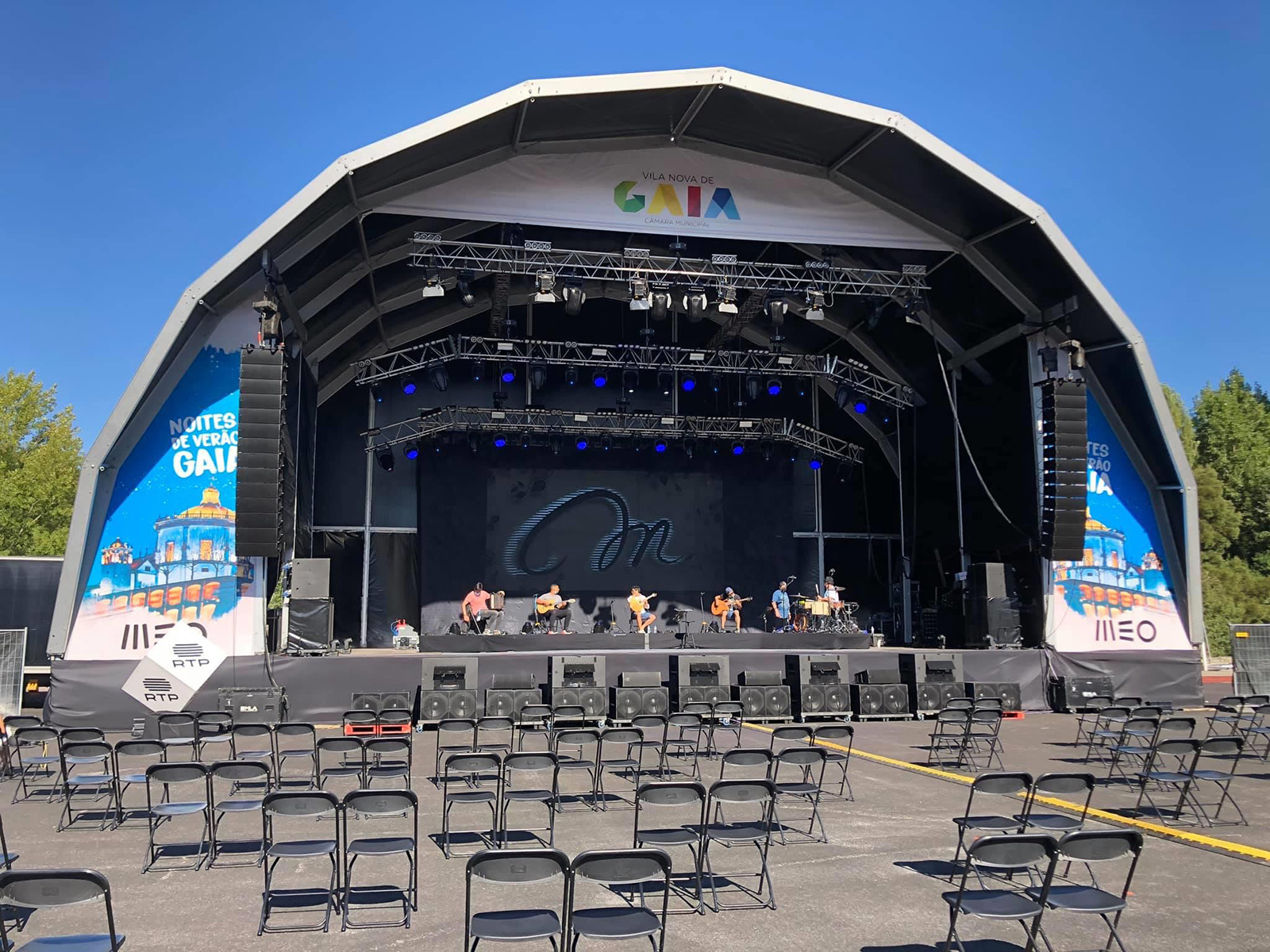 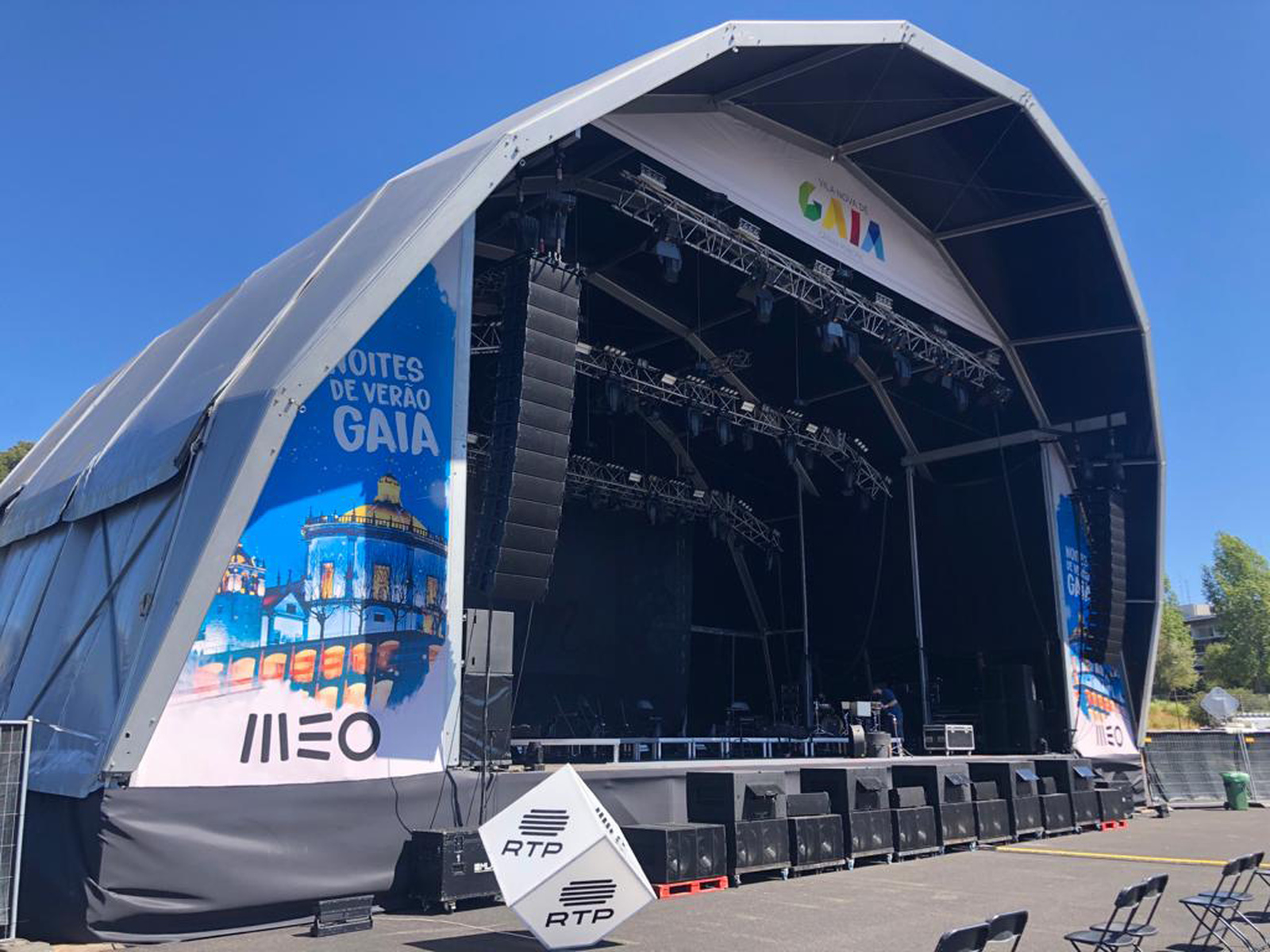 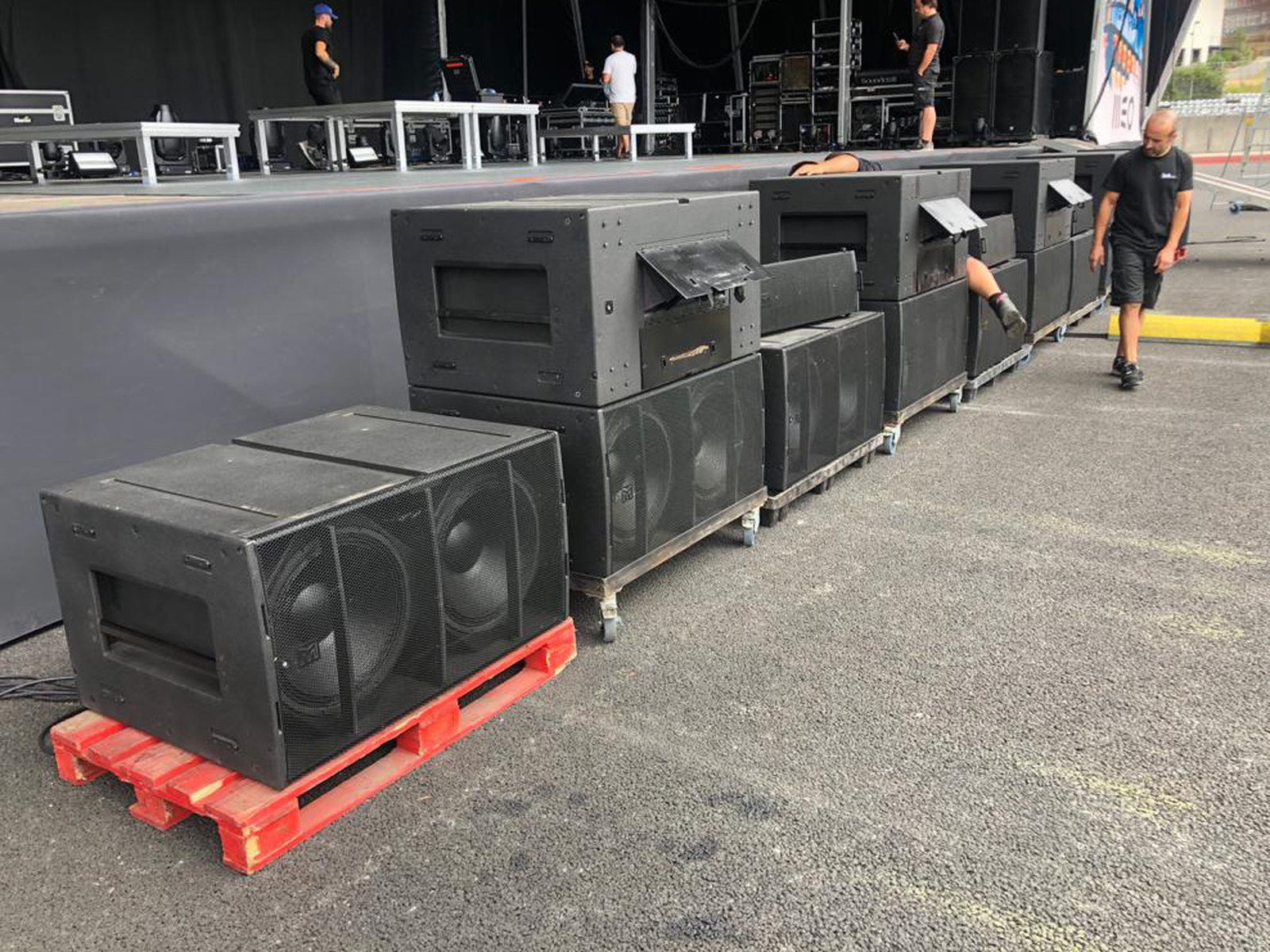 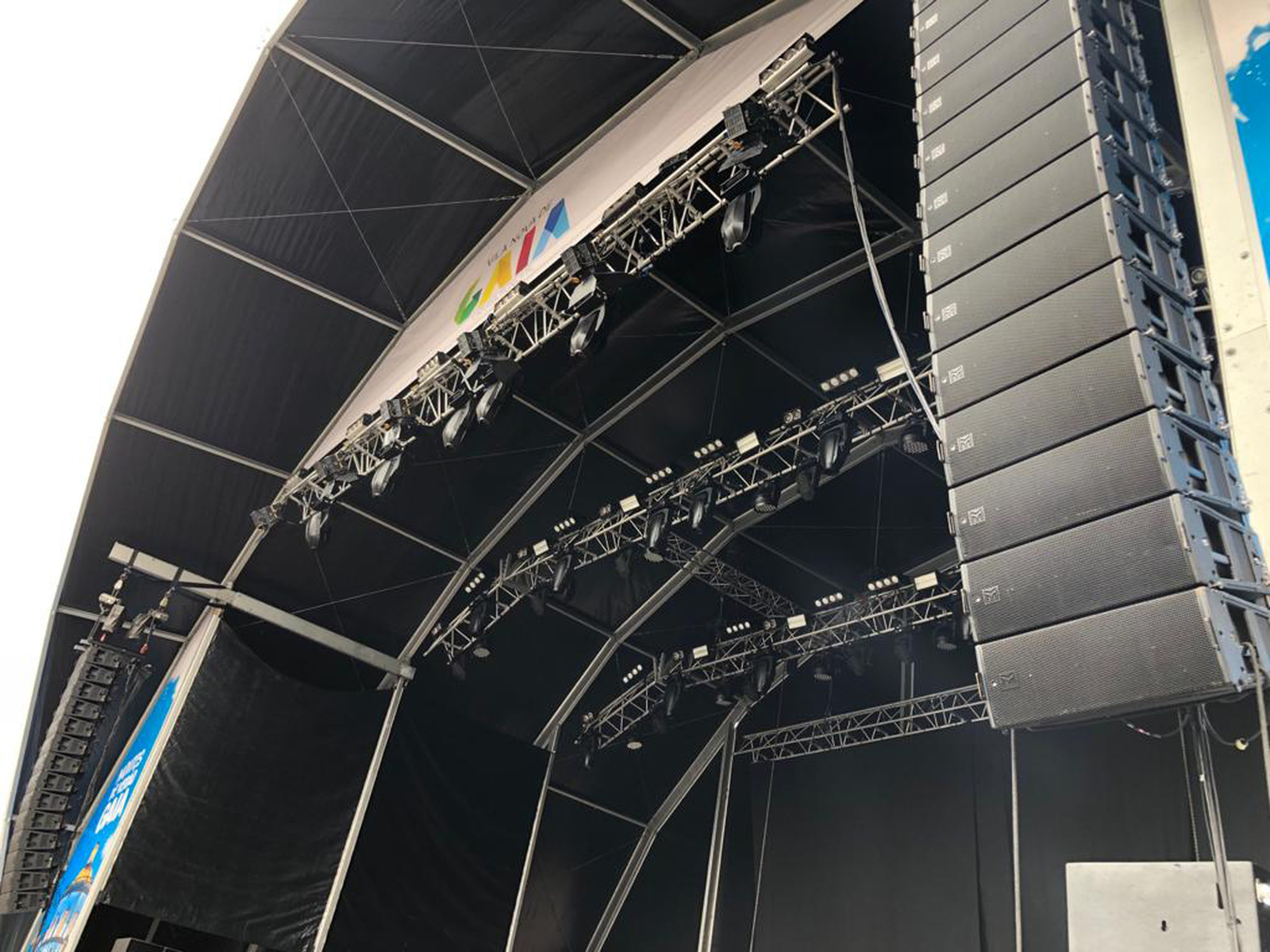 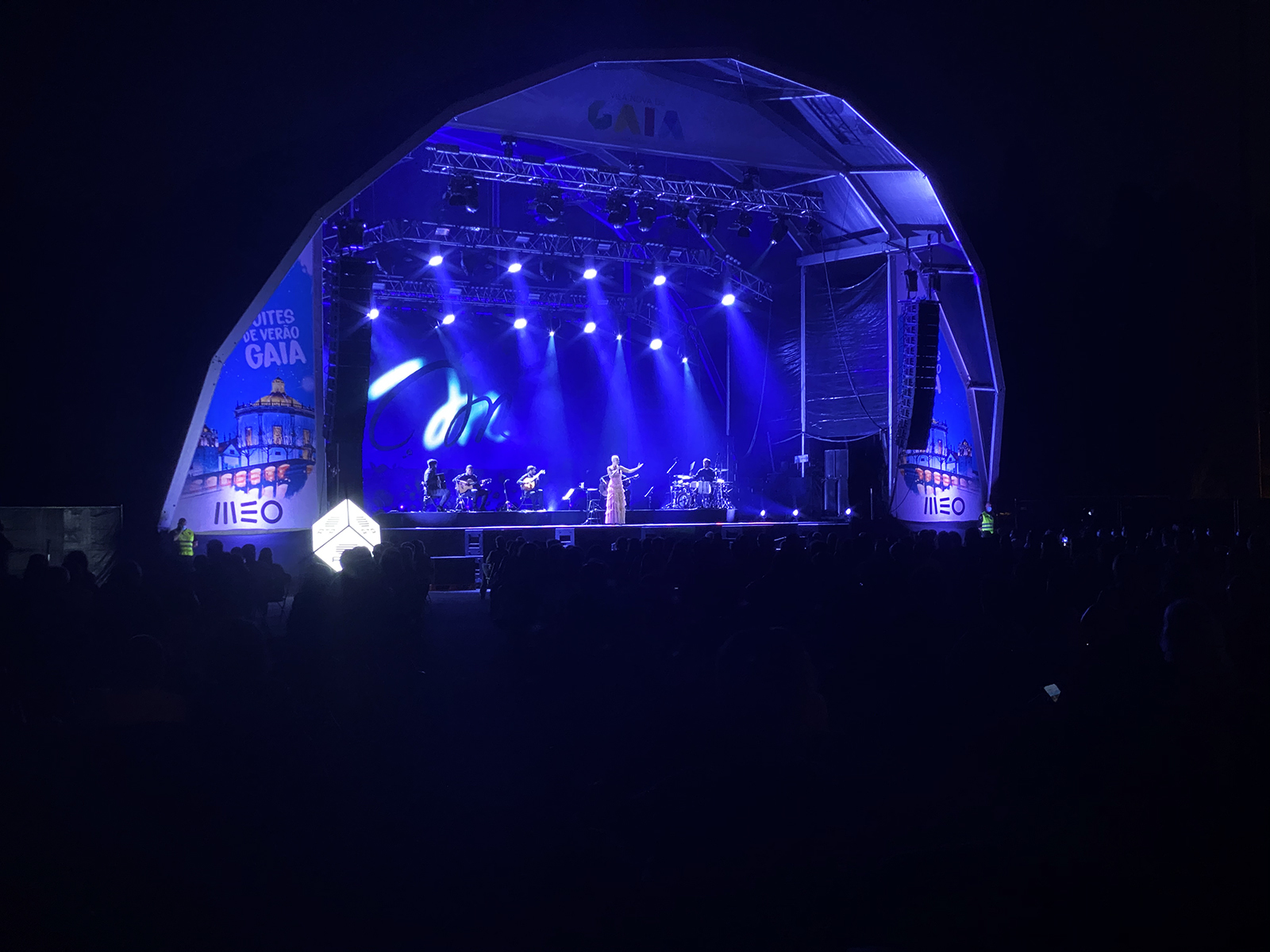 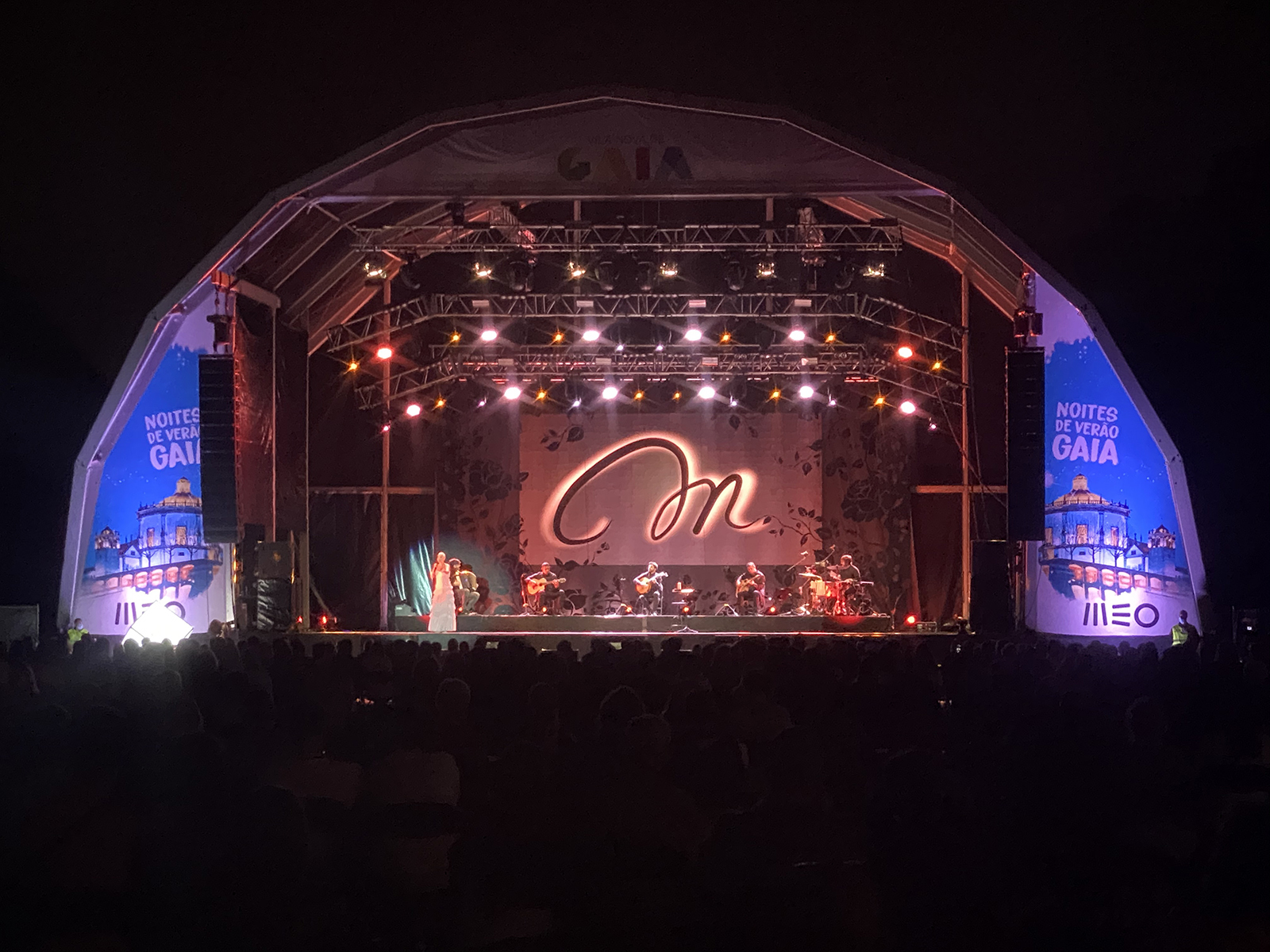 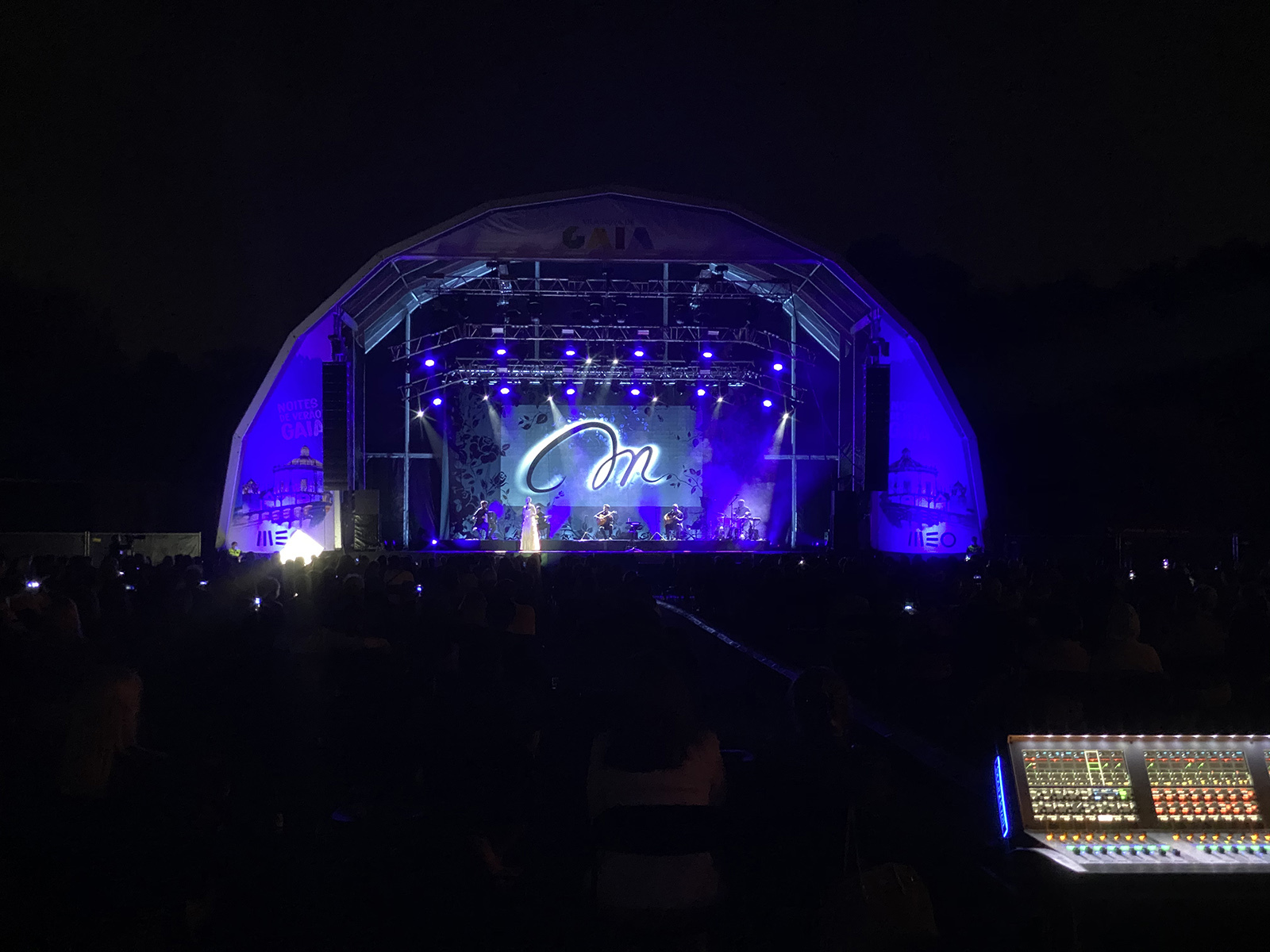 As director Miguel Lindo emphasised, “Since the very beginning of our company we have placed our trust in the Martin Audio brand.”

Their upgrade to MLA came after they experienced the multi-award winning system at the Rock In Rio festival in Lisbon, sensing that they would have plenty of deployment opportunities in a work roster that prior to the pandemic included all types of show, from arenas, festivals and touring, to corporate events.

They were helped in their choice and set-up by fellow countryman and friend, Joe Lima, who now works as Product Support Engineer at Martin Audio North America. “He is the best professional we know,” exclaims Lindo. “In March this year he trained our entire team.”

MLA is without a doubt the best system in the world, and puts us at the very highest level.

LVT Audio’s most recent deployment has been at the high profile Noites de Verao em Gaia (Gaia Summer Nights)—an eight-day festival promoted by PEV Entertainment that took place in the Gaia district of Porto in late summer. The location was an open space at the Municipal Stadium of Lavandeira.

“It was the first live event held in Portugal in the middle of a pandemic,” continued the LVT man. “All security measures were taken by the local authorities and by the event’s producer, and these socially distanced shows served as an example for others.”

The Festival line-up featured the best national artists and was capped at 2,000 spectators each day … which was a sell-out. These included Xutos & Ponta?pe?s; Miguel Araujo; Mariza; Pedro Abrunhosa; Herman Jose?; Ana Moura and many more.

The sound was processed and optimised by system tech for the event Anto?nio Costa, using Martin Audio’s proprietary DISPLAY software, and the event was a complete success.

The production company will next provide the full rig at Portugal ao Vivo (Portugal Live)—a celebration of Portuguese national music at the Super Bock Arena in Porto, during November and December. This will feature 24 artists.

Here LVT Audio will deploy 36 of their 40 MLA Compact elements in two hangs of 18, with 16 MLA DSX subwoofers in a broadside cardioid sub array. Outfills will be provided by 24 MLA Mini, in two hangs of 12, with six MSX subs adding nearfill, and a further four MLA Compact as sidefills. Four W8C and four WS218X subwoofers will again provide stage fills.

Summing up, Miguel Lindo says, “MLA has helped to change the face of live entertainment in Portugal and improve the acoustics of theatres and arenas. Since we have been running MLA in our hire fleet we have experienced an unparalleled improvement in the sound quality of our services. MLA is without a doubt the best system in the world, and puts us at the very highest level.”