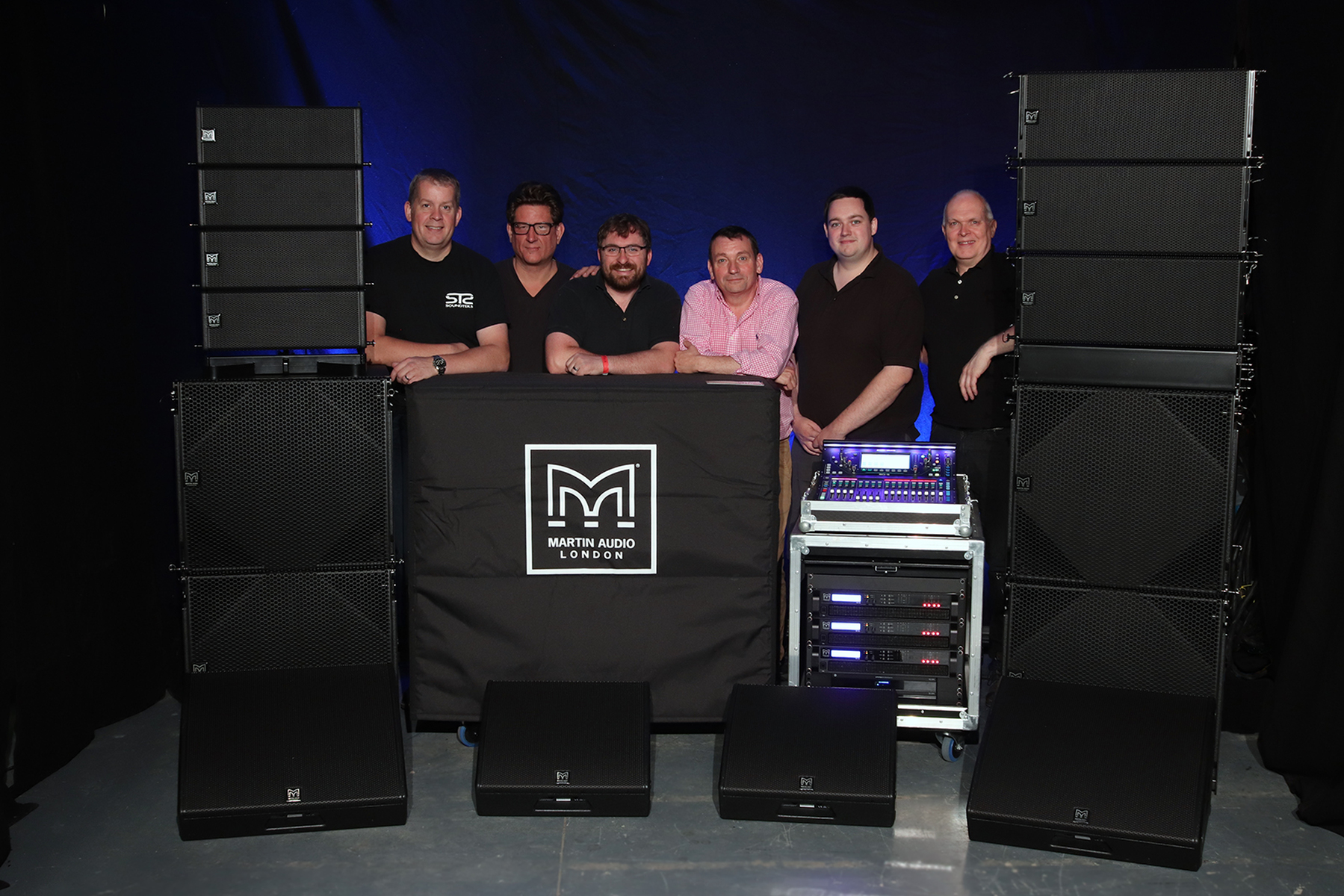 Mainline Show Productions have invested in both Martin Audio’s Wavefront Precision WPS and WPM rigs—the advanced platform that was recently recognised with the Queen’s Award for Innovation.

The Manchester-based event providers, described as a one-stop shop for most technical aspects of live production and dry hire, decided to extend their capacity rather than simply replace existing PA. “We saw WPS opening up more possibilities for us on small to medium festivals, so went for 16 boxes. WPM will give us flexibility on smaller gigs in its own right, or as fill for WPS-rigged stages, so we opted for eight enclosures,” states Director, Rob Lorton. He confirms that the company will also be pushing further into corporate and installation work as the industry emerges from lockdown.

Carrying on the festival theme, he says, “We're confident the kit list should double our capability for a reasonably sized independent festival stage or major festival supporting stage. We'll now be able to supply to multiple smaller stages. The ability to pole-mount [Martin Audio] LE100 or LE200 wedges will be useful too. Murphy's Law normally sees us split across multiple jobs on a weekend, having to divvy up boxes, amps and cross-hires.”

The search for a new system began in earnest at the beginning of 2021. “We were soon well down the line considering a rival system that ticked so many boxes for us,” he admits. “We tested the water with our good friend James Jewry (soundteks.co.uk) who suggested Martin Audio might suit us better, with more immediate appeal.” And so it proved.

Their existing front-line system was nearing end of life: “It was tired and never had the live sound industry appeal we hoped for,” Lorton continued. After making a significant investment in LED screens they had time to reflect. “We realised we didn’t have a PA that would suit an AV package, i.e. more compact, better sightlines, better audience coverage. Any new system needed to give us better market reach. Having Authorised Retailer status is also a great opportunity for us.

We were so impressed with Wavefront Precision and subwoofers—a big step up from our previous position.

“But most importantly, a replacement had to be flexible enough to cover the wide range of our existing event and client demands, while also enabling us to grow, not just a like-for-like replacement of our old PA. It would need to handle smaller bar gigs with a band, indoor raves for 1000+, and outdoor music festivals. We’d need great manufacturer support and a network of other suppliers for cross-hiring and collaboration.”

Mainline also considered design and product life aspects. “A new system had to use newer technology, otherwise we’d still be behind the curve. We also wanted to reduce rigging weight—help the planet and reduce backache!”

Suffice to say the search for a system to meet all the criteria had been an exhausting one and they thought they had found the answer … until a Martin Audio demo was arranged with CS Audio.

At that demo the sound crew immediately noticed the sheer audio quality, according to Rob Lorton. “It really upheld the Martin Audio brand reputation we'd read about. We were so impressed with Wavefront Precision and subwoofers—a big step up from our previous position. “Furthermore, he adds, “With out-of-the box cardioid sub options, that’s now a great selling point for clients with a design challenge for controlling spill into non-audience areas.”

Once again, they sensed that smaller 15” and 18” subs would boost sightlines and rigging flexibility. “At dance events we’re looking forward to seeing reaction to the extended low end of the heavyweight SXH218. Cardioid sub options SXCF118 and SXCF115 are very musical and will be so useful for low end noise control. Again, that's a great selling point for clients where we've struggled previously, chewing up transport and amp channels.”

Finally, he says, the icing on the cake is the new iKON amplifiers enabling them to offer full box resolution control. “We'll be taking full touring racks including power distribution.”

Implementation of the advanced DISPLAY software will initially be supervised by experienced system techs, James Jewry and Alan Lee. “However, I see most of our team being involved,” notes the Mainline director. “Even our lighting guy Mark is excited, as he can import his SketchUp files into DISPLAY!

And this versatility even extends to Alan Lee, who proclaimed that he would consider using WP at home as a potent hi-fi system.