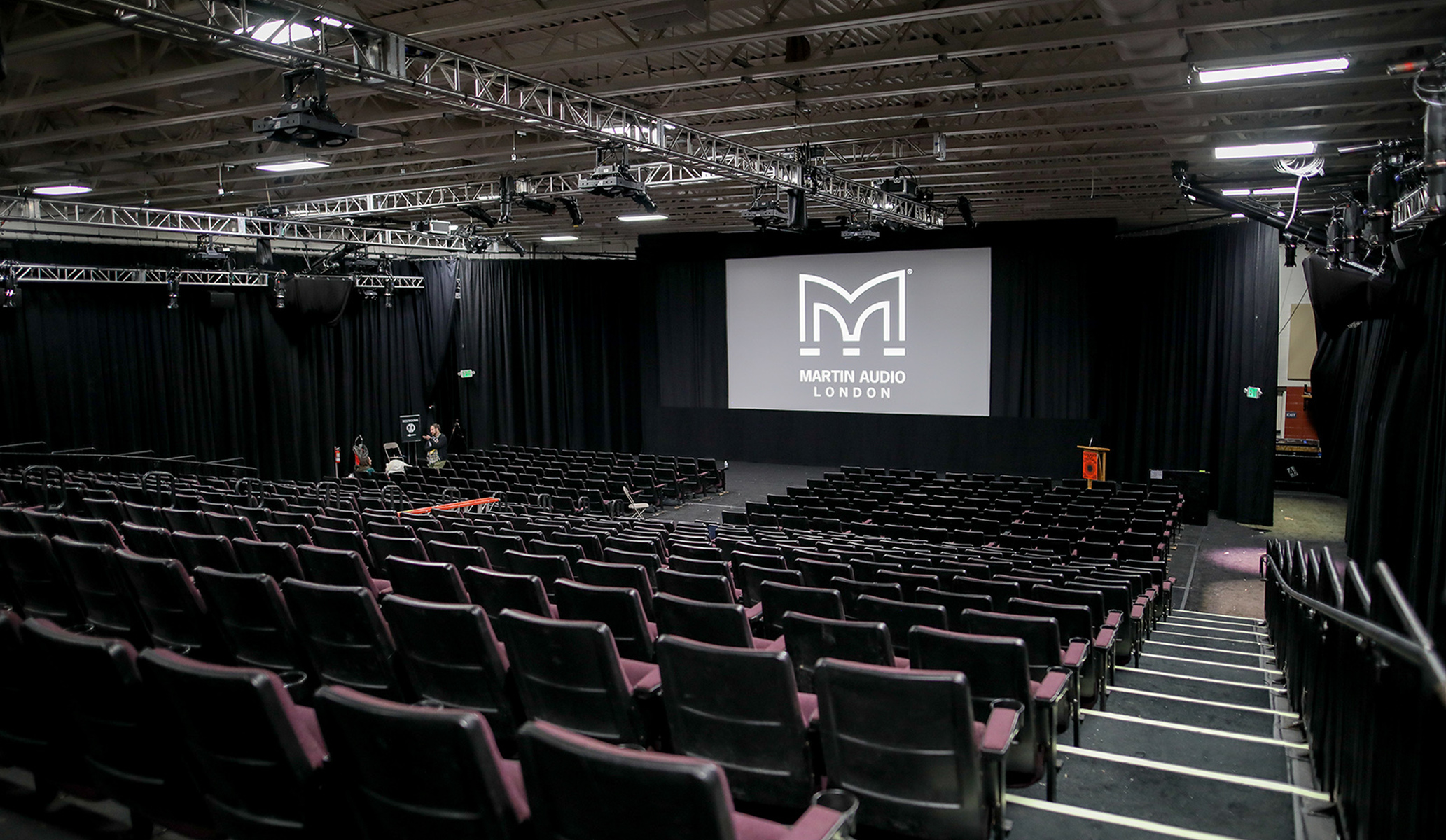 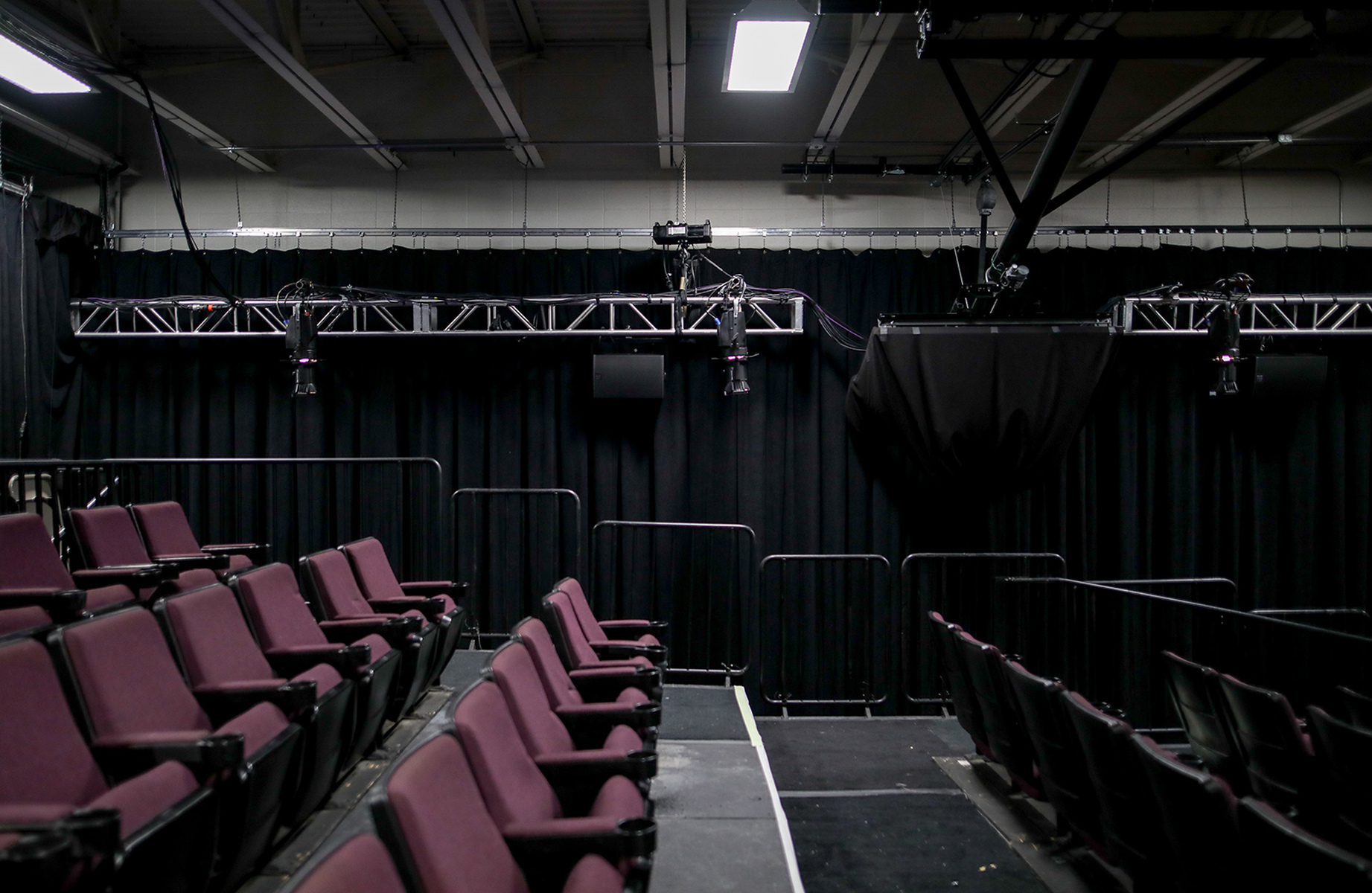 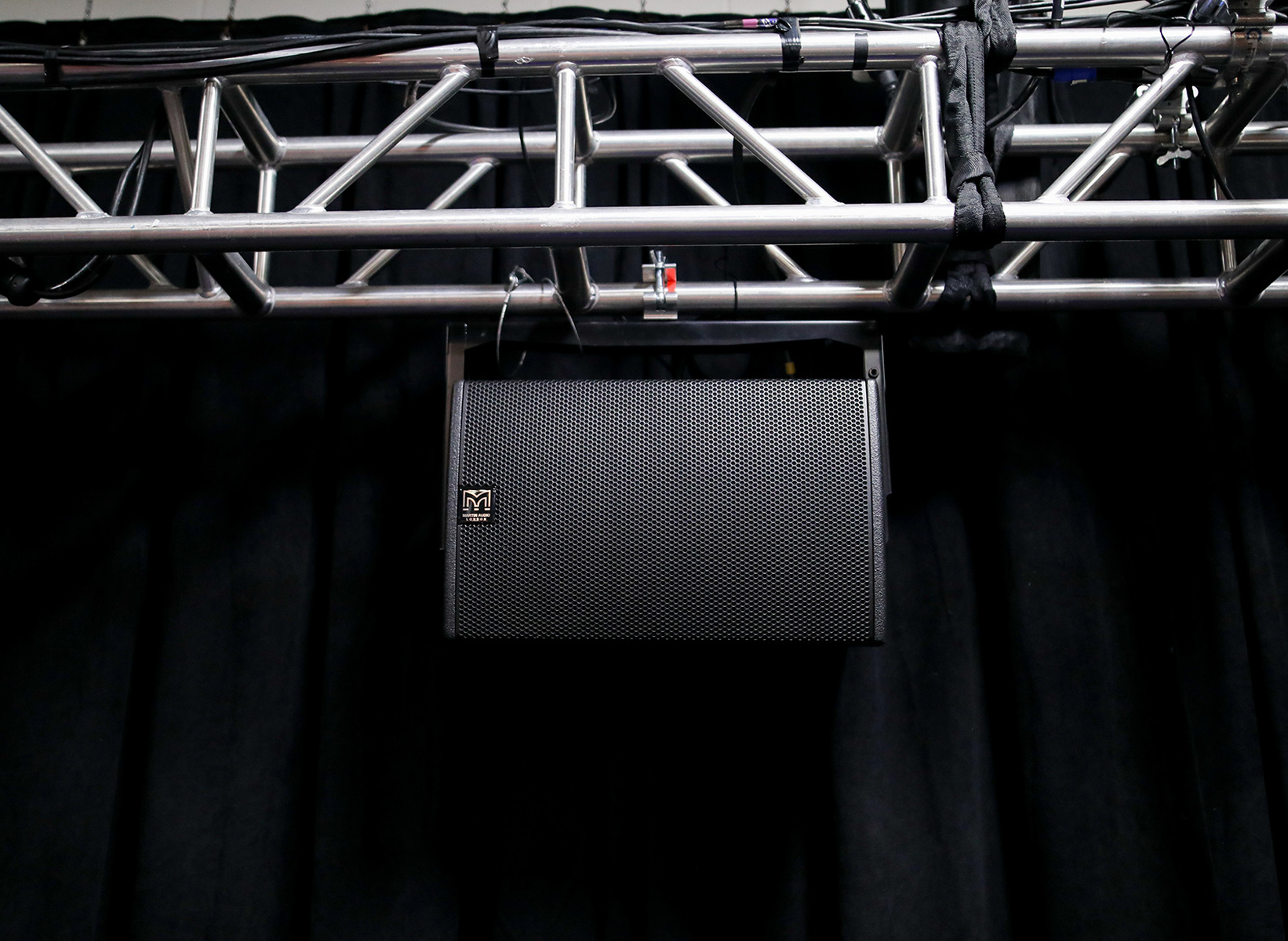 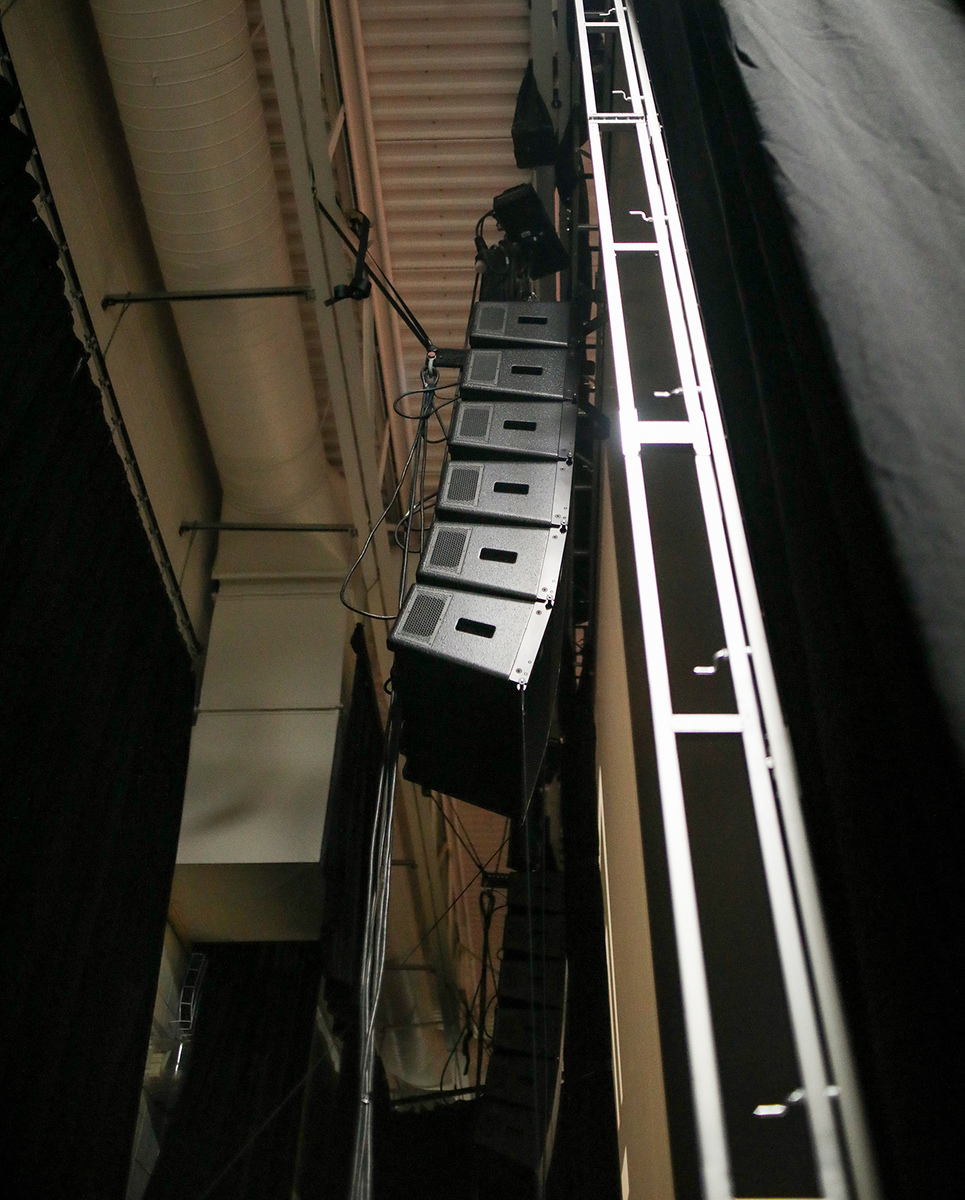 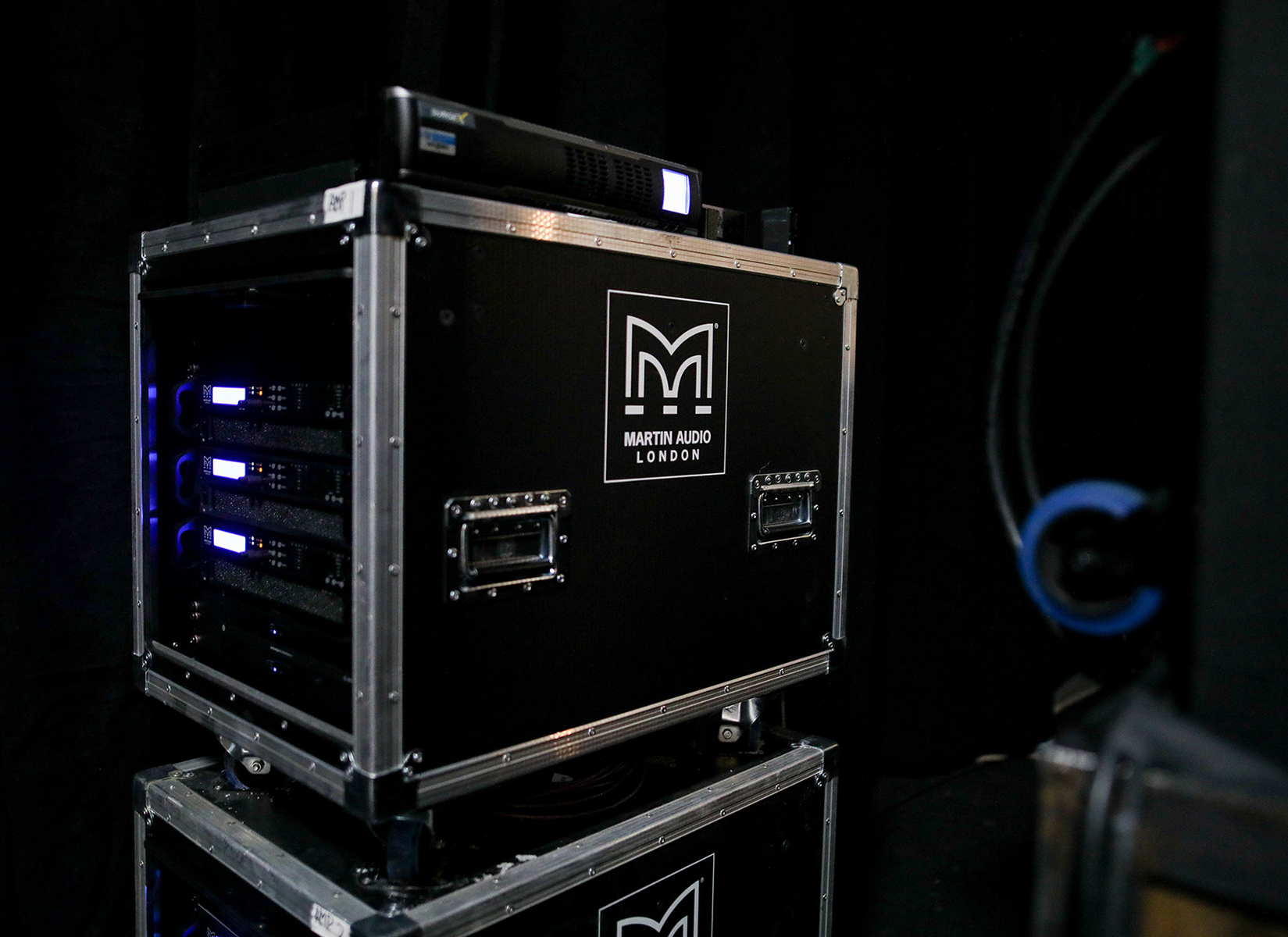 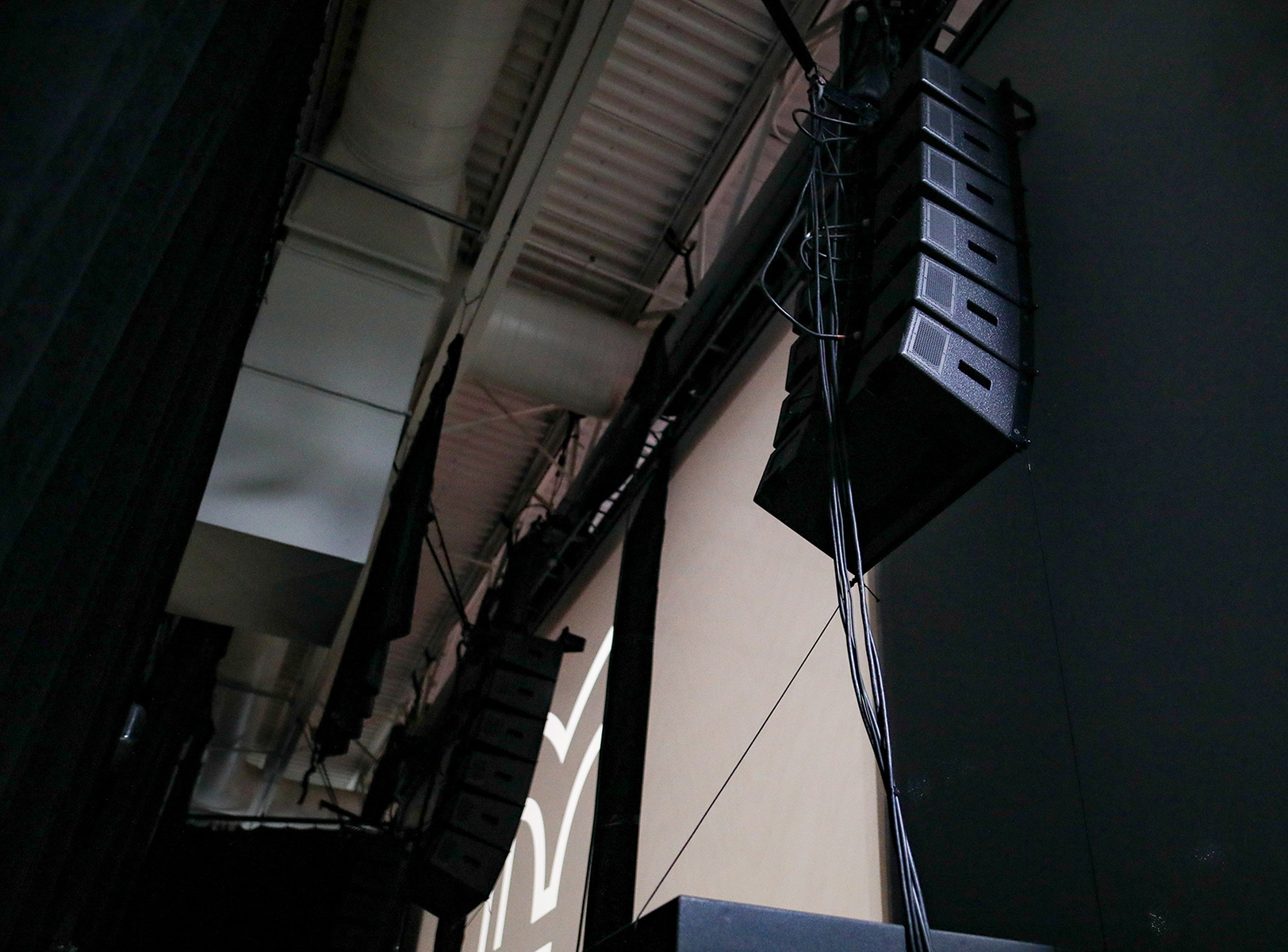 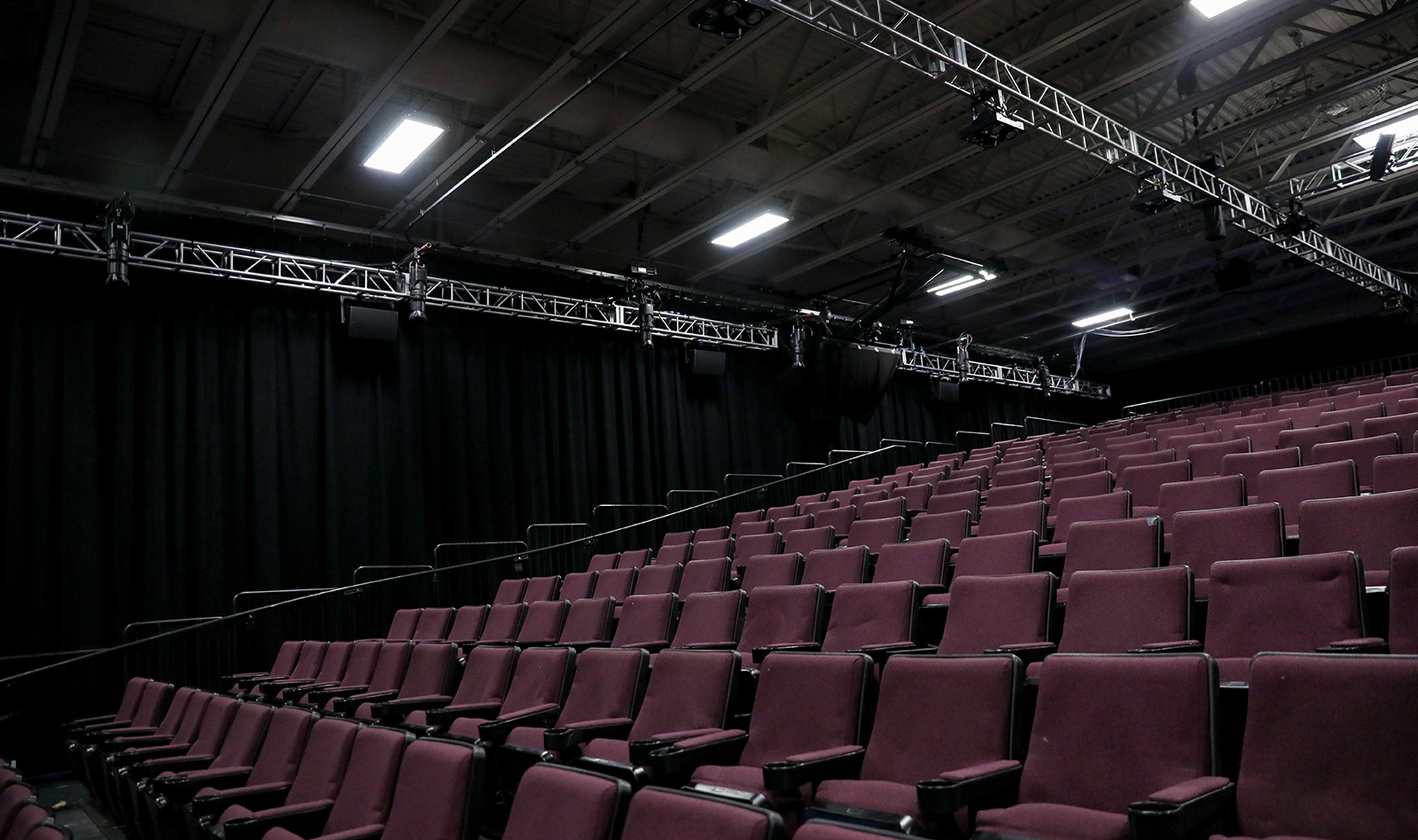 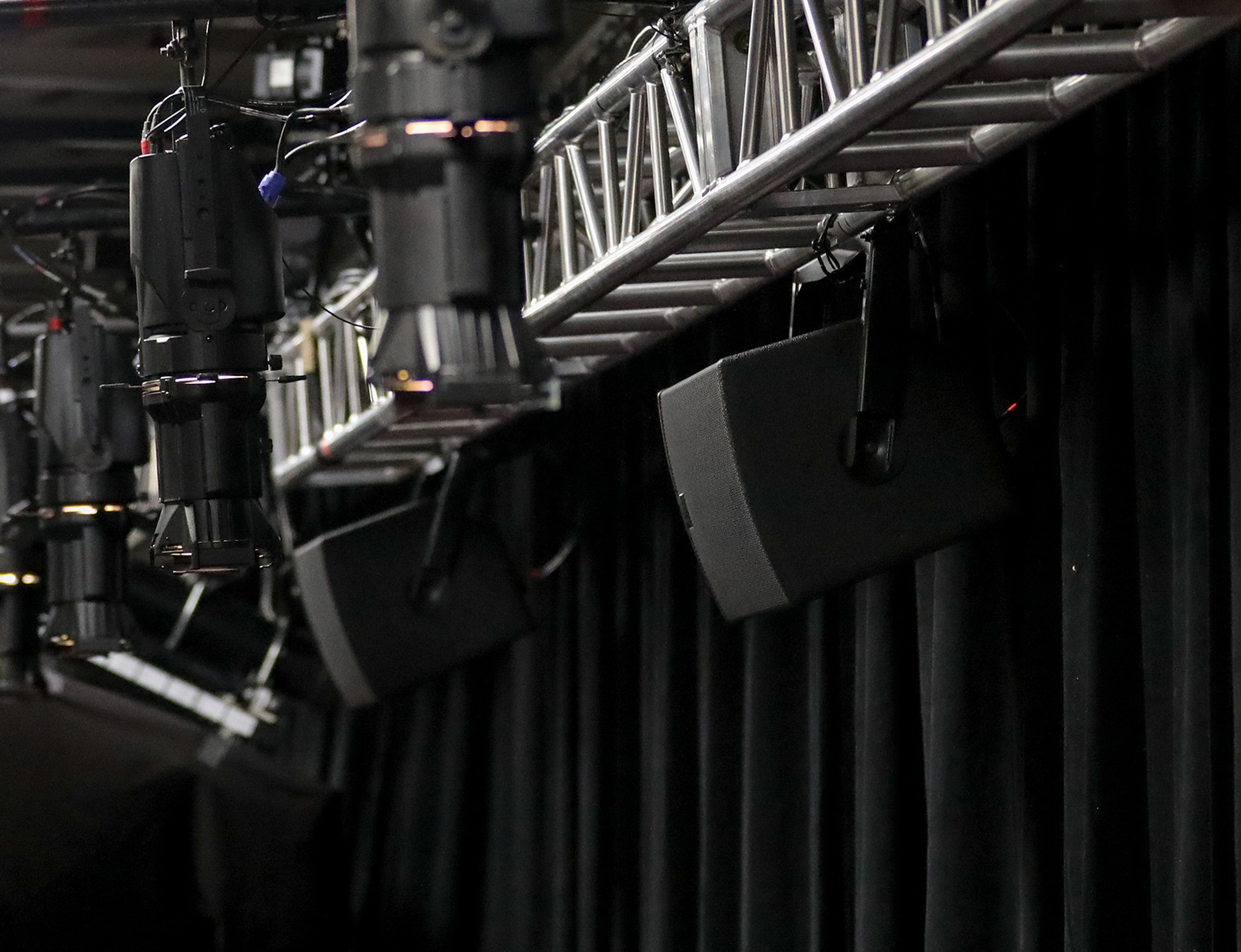 When the MARC Theatre in Salt Lake City underwent a major renovation in 2012, converting it from an indoor sports facility at the Park City Municipal Athletic and Recreation Centerto a 564-seat high class movie theatre, it quickly established itself on the circuit of the world-famous annual Sundance Film Festival.

Co-founded by Robert Redford in 1981, in an attempt to draw more independent film makers to Utah, the Sundance Institute had formally renamed the original US Film Festival the Sundance Film Festival ten years later, (reflecting Redford’s character in Butch Cassidy & The Sundance Kid).

A long-term member of the technical crew at Sundance, Dan Beedy took over as technical project manager in 2013, and in the last three years has focused on upgrading the event’s audio reproduction capabilities, noting how far audio was lagging behind the technological visual leap made by digital projection. This has resulted in the installation of a state-of-the-art Martin Audio WPC scalable resolution line array, as the centrepiece of a 7.1 system.

“We realised that the sound systems hadn’t seen an upgrade since the 90’s,” he said. Although some had received Dolby Atmos fit-outs, the MARC, which hosts many prominent festival premieres, had been neglected. “Sundance has always had a focus on presenting their films to a high standard so we needed to find partners to help bring the audio up to spec,” he reports. Enter Production Project Manager, Ben VanDonkelaar, senior audio engineer at BlueWater Technologies, and Martin Audio’s North-eastern Regional Sales Manager Martha Callaghan, who set about designing and specifying a system.

Beedy and VanDonkelaar had long worked closely together (notably on the Traverse City Film Festival). “When Sundancewas looking for a new partner I suggested they look at Bluewater, and specifically Ben,” Dan Beedy continued. “We have a great short hand together about how venues are set up and what the goals are. While Ben’s team were in charge of flying the rig my team were in charge of tuning it.”

The Martin Audio system exceeded the expectations of the festival

The 7.1 system comprises Left/Centre/Right/Left Surround/Right Surround/Left Rear/Right Rear plus the subs. “We used hangs of six WPC for the Left/Centre/Right channels and each of those arrays also had an SXH218 for low frequency extension,” he explained. A separate SXH218 provided the dedicated subwoofer and a further 12 CDD-Live 12’s were used for Left/Right and Left Rear/Right Rear surrounds.

The WPC hangs were optimised in 2-box resolution and powered from two touring racks of three iKON iK42 multichannel amplifiers. According to Martin Audio Product Support Engineer, Joe Lima, “this required eight continuous hours of pink noise and individual multi-band PEQ tuning on every pair of elements to meet the Dolby standard curve and SPL coverage. Quite an adventure I must say.”

The installation marked Martin Audio’s initiation at Sundance, as Dan Beedy explained. He had originally been introduced to Martha Callaghan by Ben VanDonkelaar during a sound upgrade at the ICA in Boston that had proved a challenging space. “She recommended Martin Audio’s O-Line Micro Line Arrays, which worked brilliantly in that space. And so we began talking about participation in Sundance, which is how the MARC system was born.”

Beedy has since had every reason to be confident in the brand. “I’ve used Martin Audio products for a number of live cinema premieres,” he confirms. “Cinema products aren’t designed to meet the more exacting specs of a premiere room. Typical cinemas are ±10dB front to back, but we shoot for ± 1dB front to back in a room, as we’d like every seat to have a similar audio experience when we are designing for premieres. Cinema products aren’t designed to meet that kind of specification so we turn to live event audio products.”

In addition to Ben VanDonkelaar, support was available from Joe Lima, who provided tuning support, while Simon Purse from the UK office assisted in the design. “We actually pushed what the speakers were capable of and needed help to unlock some of the software to accomplish that,” Beedy reveals. “Overall, the Martin Audio system exceeded the expectations of the festival.”

So marks the end of a long journey in what has historically been a problematic venue. “When the venue was first commissioned it was in the orientation that we have now returned to this year,” he explains. “The tech team and festival at the time received a lot of complaints on the audio in the room. They were using traditional cinema equipment and it sounded less than optimal.” They experimented by changing the room orientation to a wide format but have now reverted back to the original set-up. “It’s been a good switch,” he says, noting that the traditional cinema equipment used previously just wasn’t fit for purpose.

In fact both Beedy and Sundance Institute Technical Director, Holden Payne, had been itching to re-imagine the space once they had access to high-class products, such as the scalable Wavefront Precision Compact. “I convinced the festival management that if we could spin the room back to its original orientation, it would not only improve the audio quality noticeably, but retain or gain seating capacity.” Despite resistance, they agreed.

All previous audio problems are now a thing of the past and this year’s event, under the expertise of sound engineers Ben VanDonkelaar, Mark Cheney and Don Rykse, was a major success. “With Martin Audio’s help we knocked it out of the park. We received numerous compliments on the audio, and everyone was blown away by how well the room sounded,” concluded Dan Beedy. “We were able to get to ± 3dB front to back in the room and we came away with a lot of knowledge about Martin Audio’s product.

“Next year we have a plan to achieve ± 1dB front to back!”