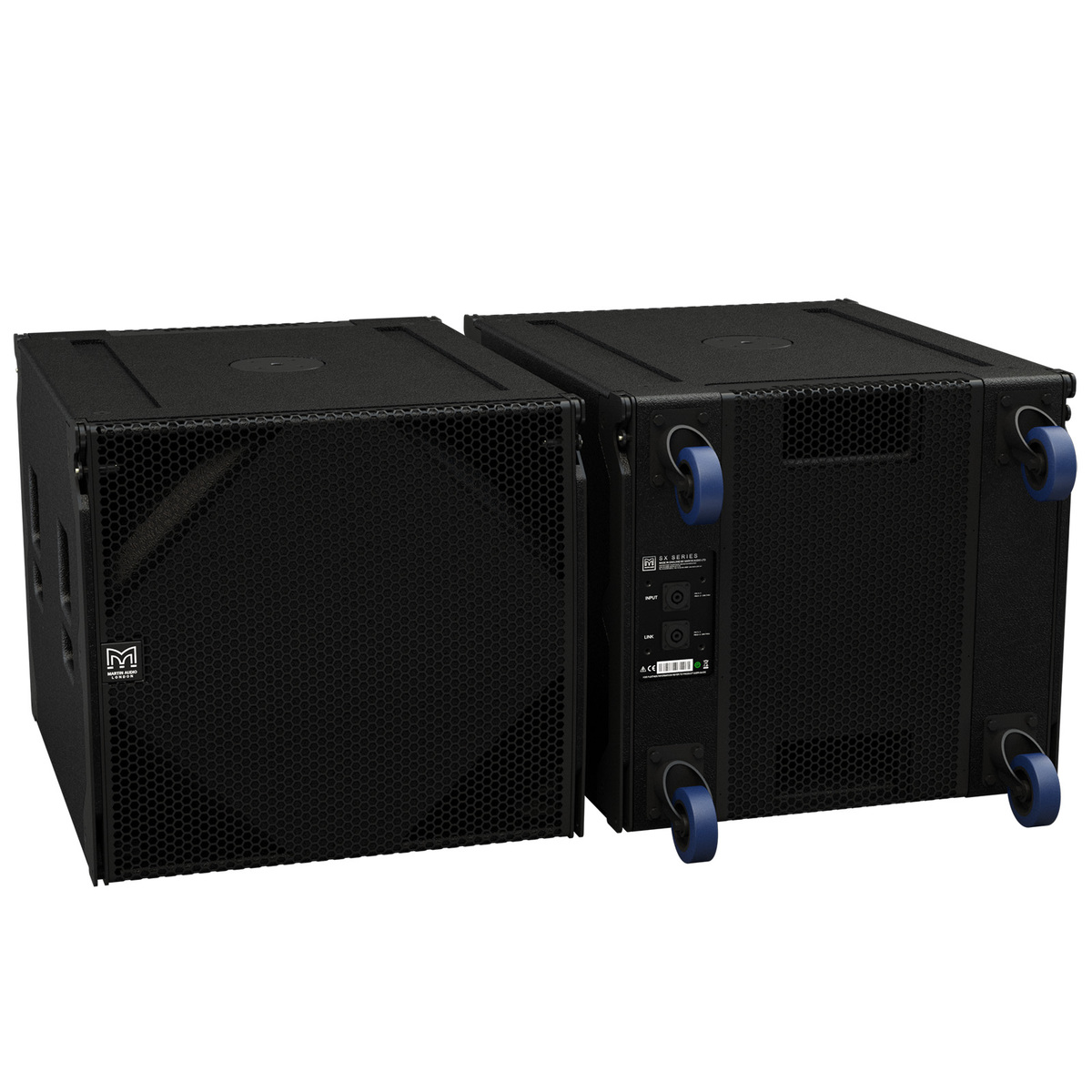 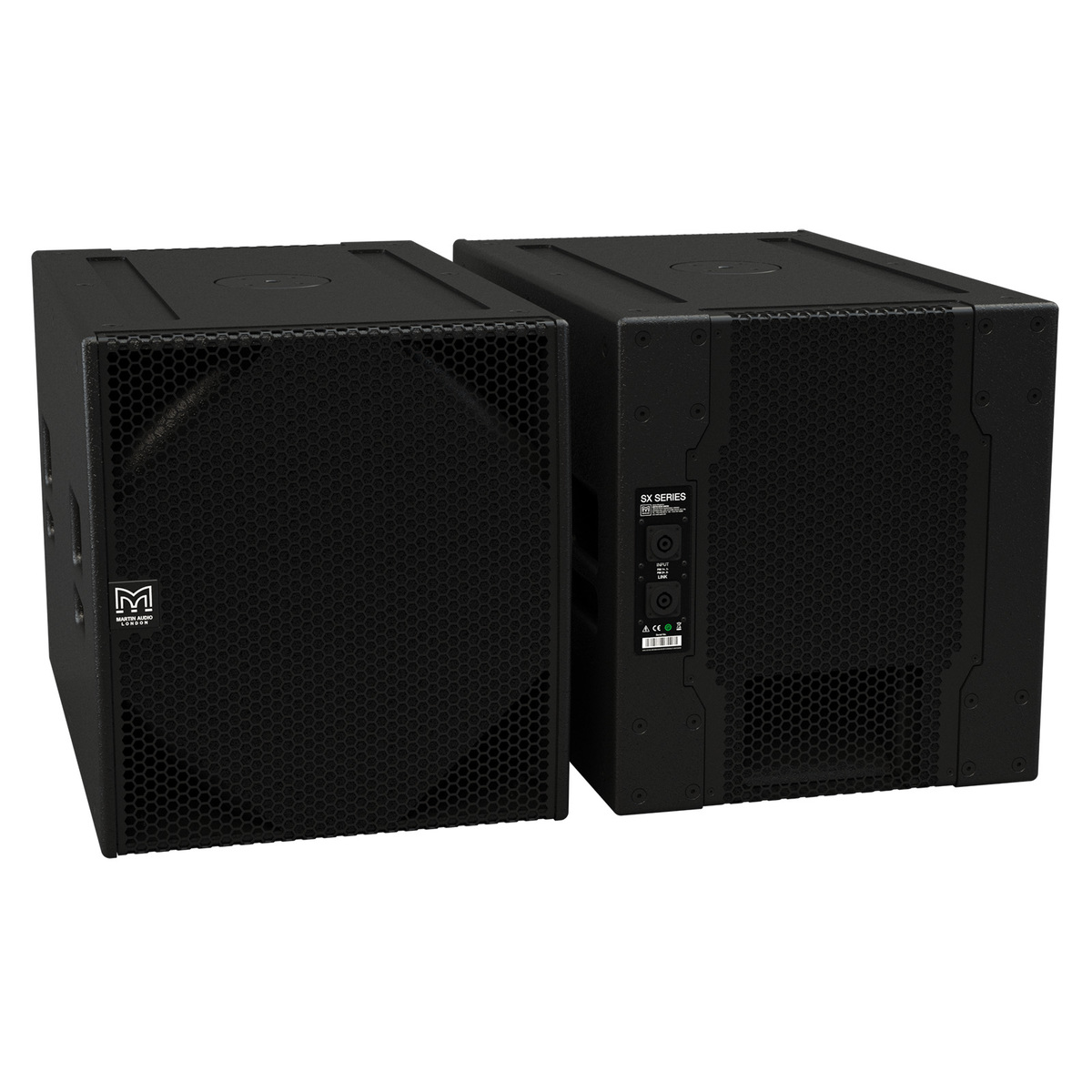 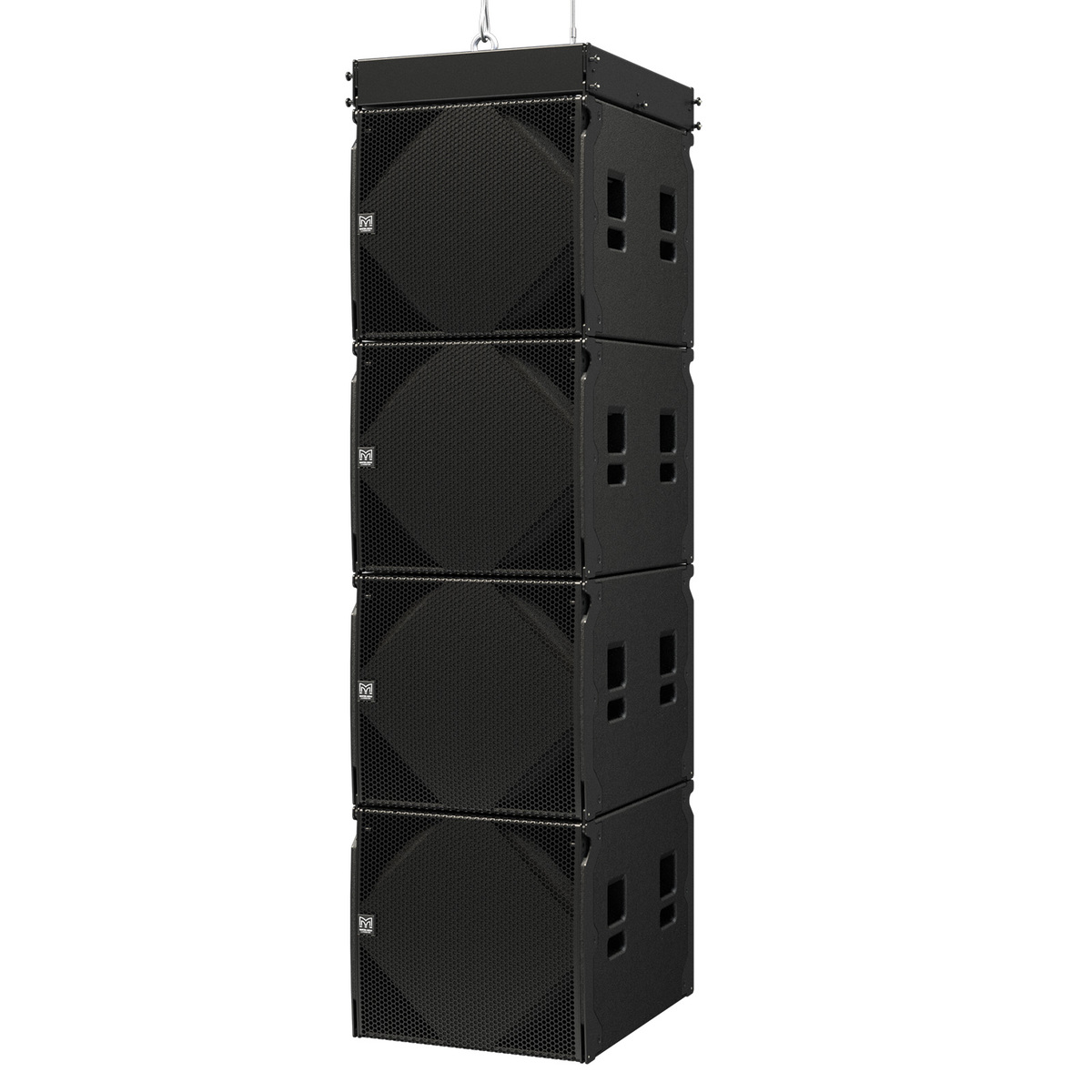 Martin Audio has announced the release of two new compact, high performance cardioid subwoofers, the SXCF118 and the SXC115, suitable for both live sound reinforcement and fixed installations.

The SXCF118 is a flyable version of the SXC118 released last year and has been purpose designed to accompany the WPS optimised line array system, while the ground stack SXC115 is set to partner WPM.

The SXCF118 combines maximum low frequency output with exceptional pattern control. It features an 18” (460mm) forward facing driver and a 14” (356mm) rear facing driver, each driven independently by separate amplifier channels and DSP. Each driver has its own chamber with optimised bass reflex porting.

This arrangement produces a cardioid dispersion pattern which maximises the front radiation, while reducing unwanted radiation behind the subwoofer. The recommended iK42 amplifier optimises the DSP parameters for front and rear drivers to maximise the rear rejection—from 21dB at 43Hz to 28dB at 75Hz. This keeps low frequencies away from stages and walls as well as reducing reverberant energy in the room—greatly improving low frequency response accuracy and impact.

In front of the enclosure, the output from the two drivers is additive, giving an extra 2dB of output when compared with a conventional 1 x 18” subwoofer.

The enclosure is constructed from tour-grade plywood and finished with a hard-wearing textured polyurea coating. It is equipped with four grab handles, while foam-backed perforated steel grilles protect the front and rear drivers. Integral flying hardware, coupled with the WPSGRIDT touring flying frame, allows the SXCF118 to be incorporated at the top of a WPS array, or flown as a separate array alongside.

The SXC115 follows similar principles and contains a 15” (380mm) front facing driver and 12” (300mm) rear facing driver, each driven, again, independently by separate amplifier channels and DSP. Each driver, similarly, has its own chamber with optimised bass reflex porting. In front of the enclosure, the output from the two drivers is additive, giving an extra 1dB of output when compared with a conventional 1 x 15” subwoofer and 21dB at 43Hz of rear rejection. It is the perfect accompaniment to WPM or indeed with a pole mount for Martin Audio point source loudspeakers.

Summarising, Dom Harter, Managing Director, said, “We were delighted with the response to our initial cardioid subwoofer last year and this has really driven the demand to release these two further products. This also means we have announced 12 new products in the first three months of the year which is a record number of new products for us in such a time frame. We are consistently reviewing the market and our customer needs, and working tirelessly to offer our partners the optimal solutions between technology and price to win in the marketplace.”

Shipping for SXCF118 will begin in May with the SXC115 a month later.