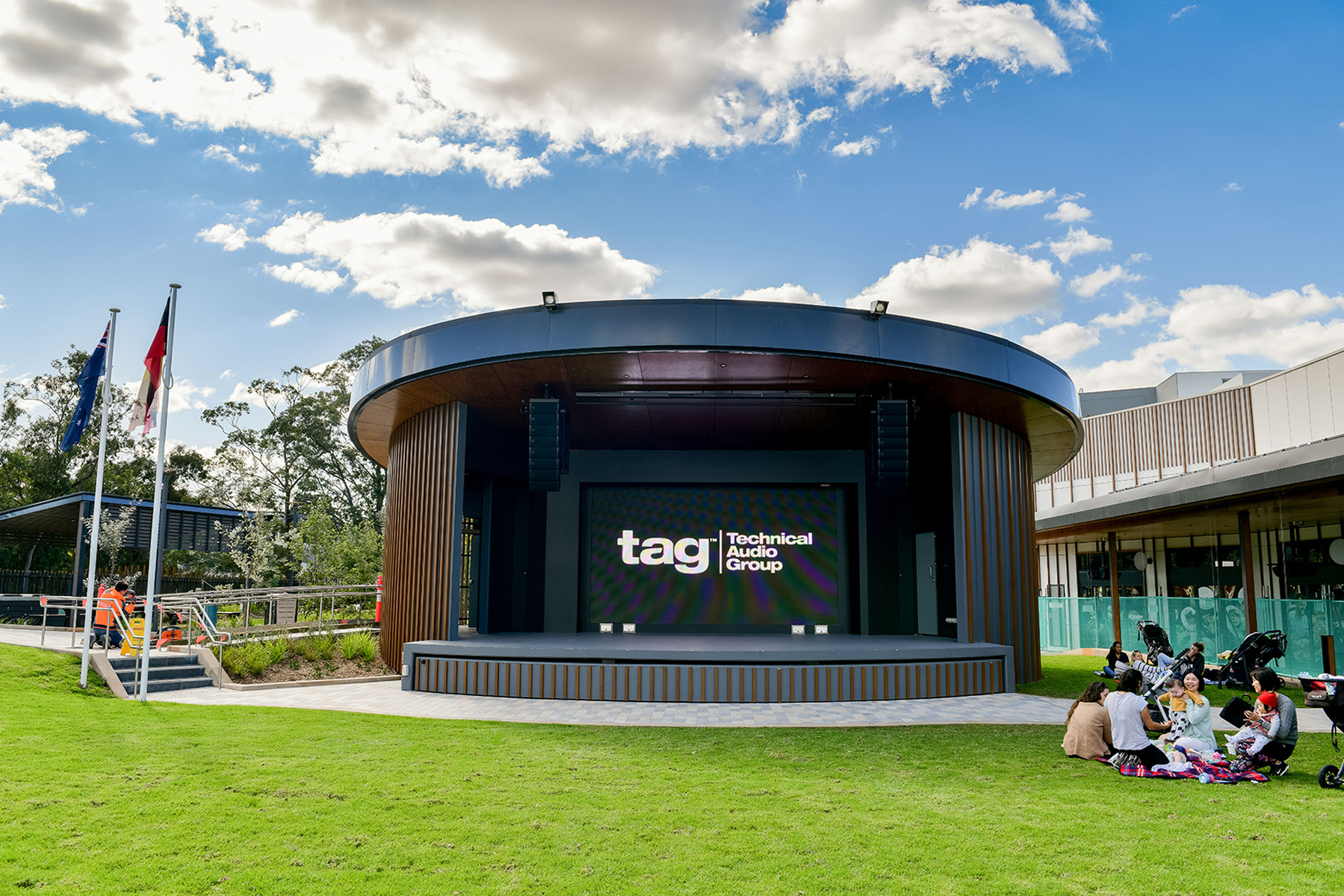 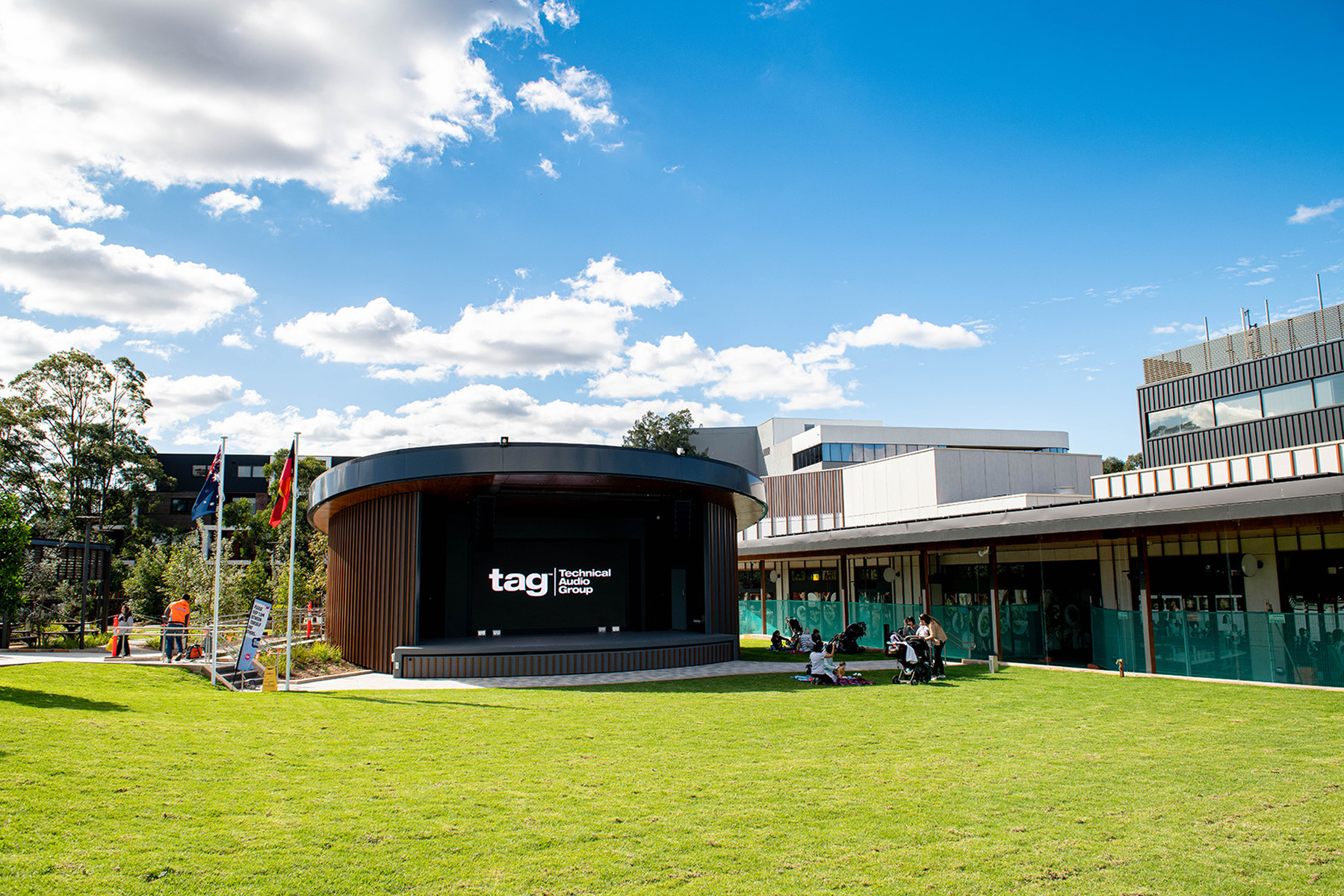 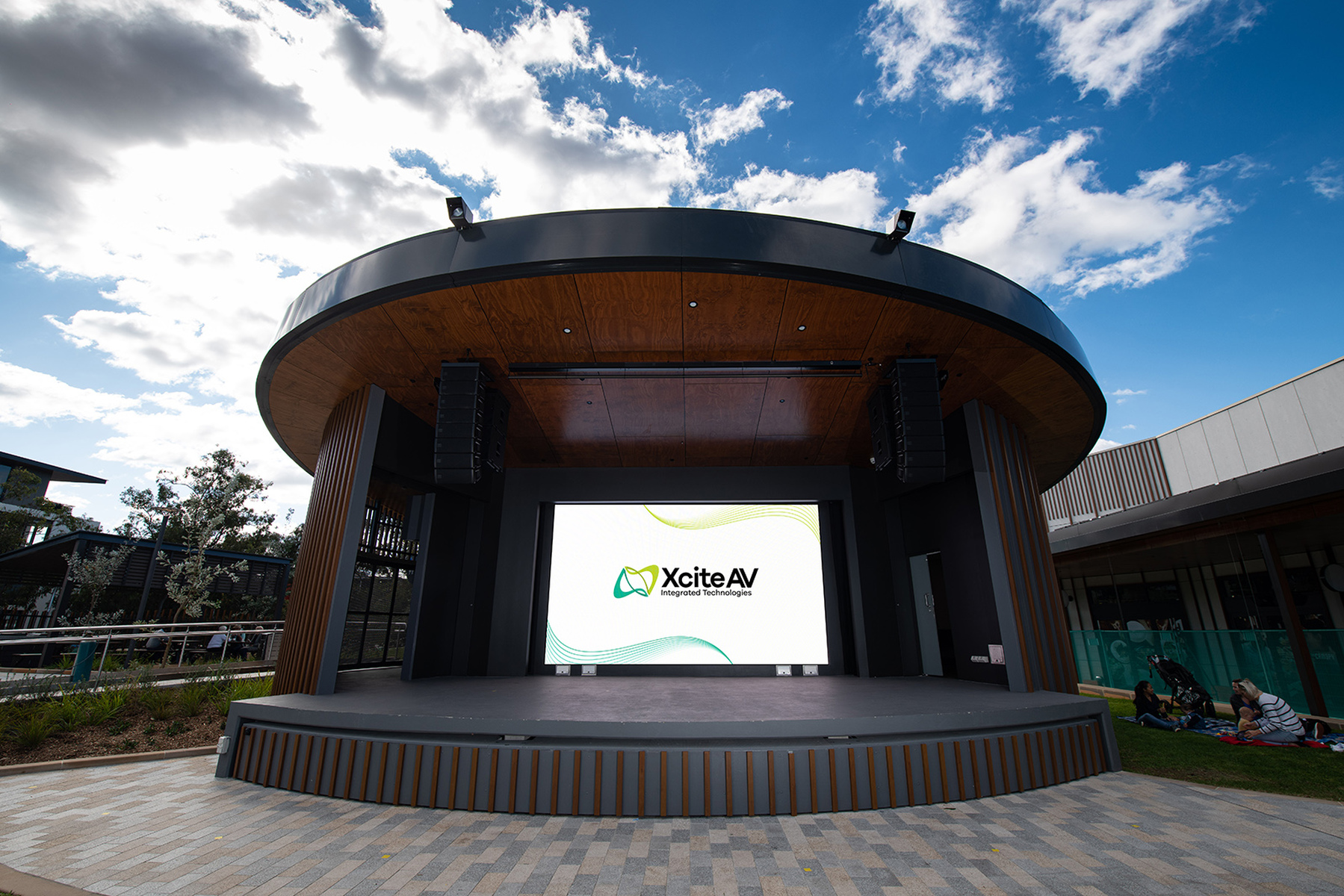 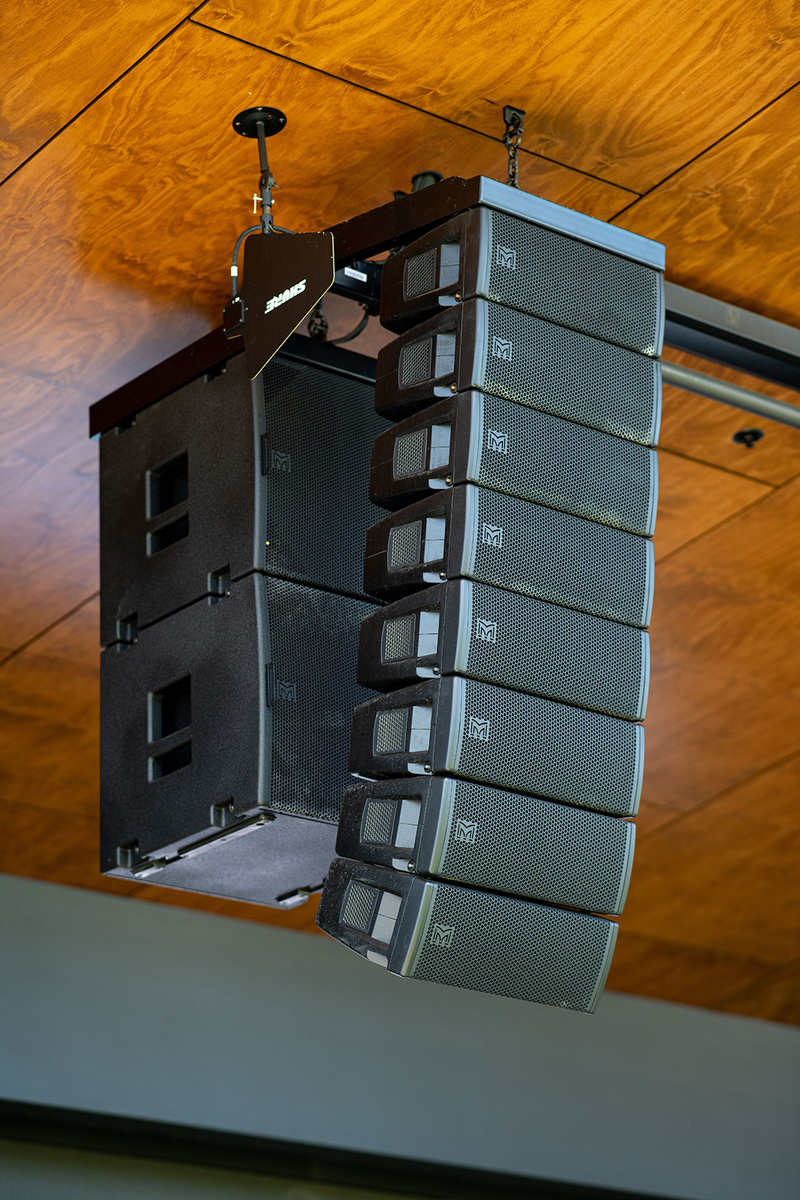 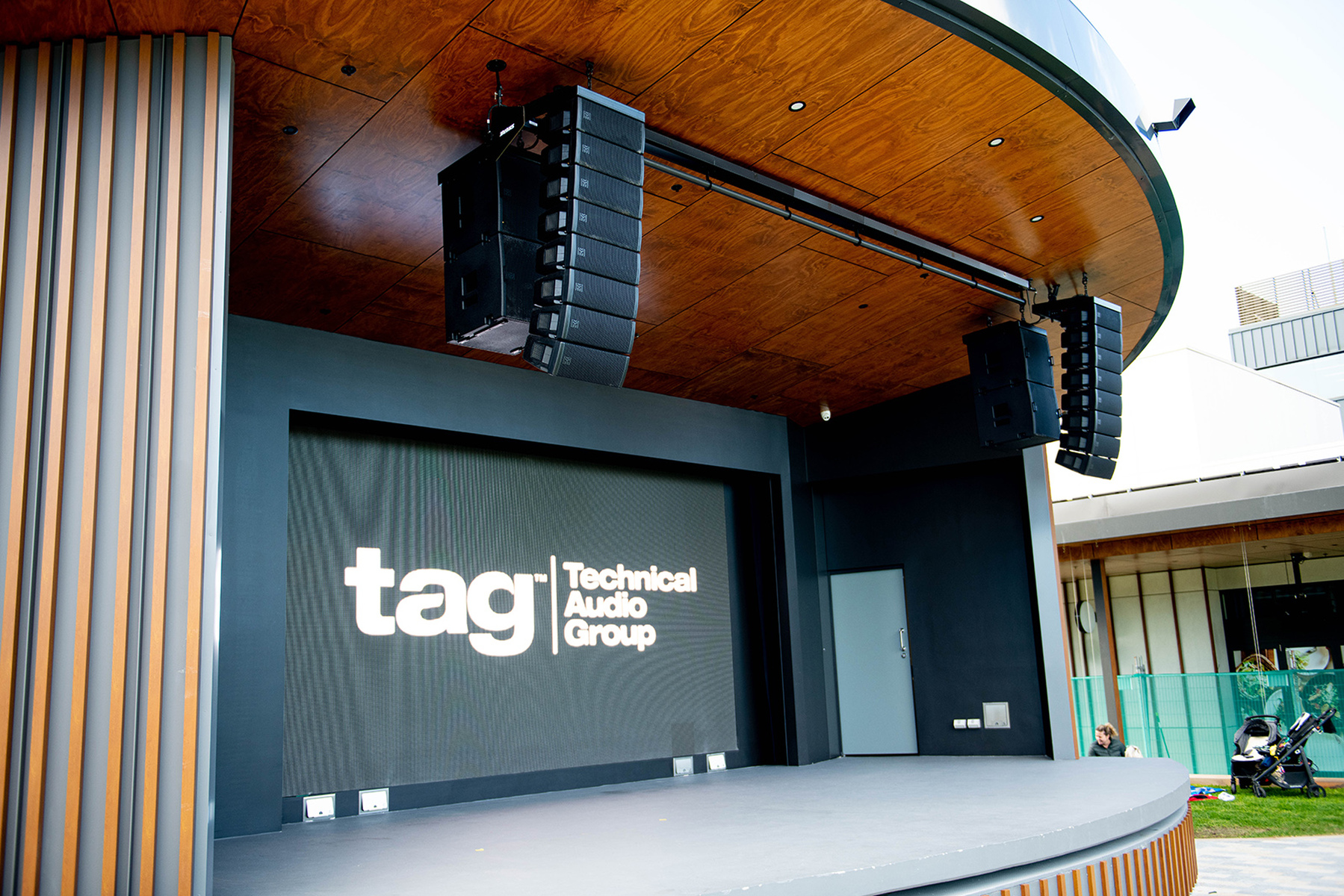 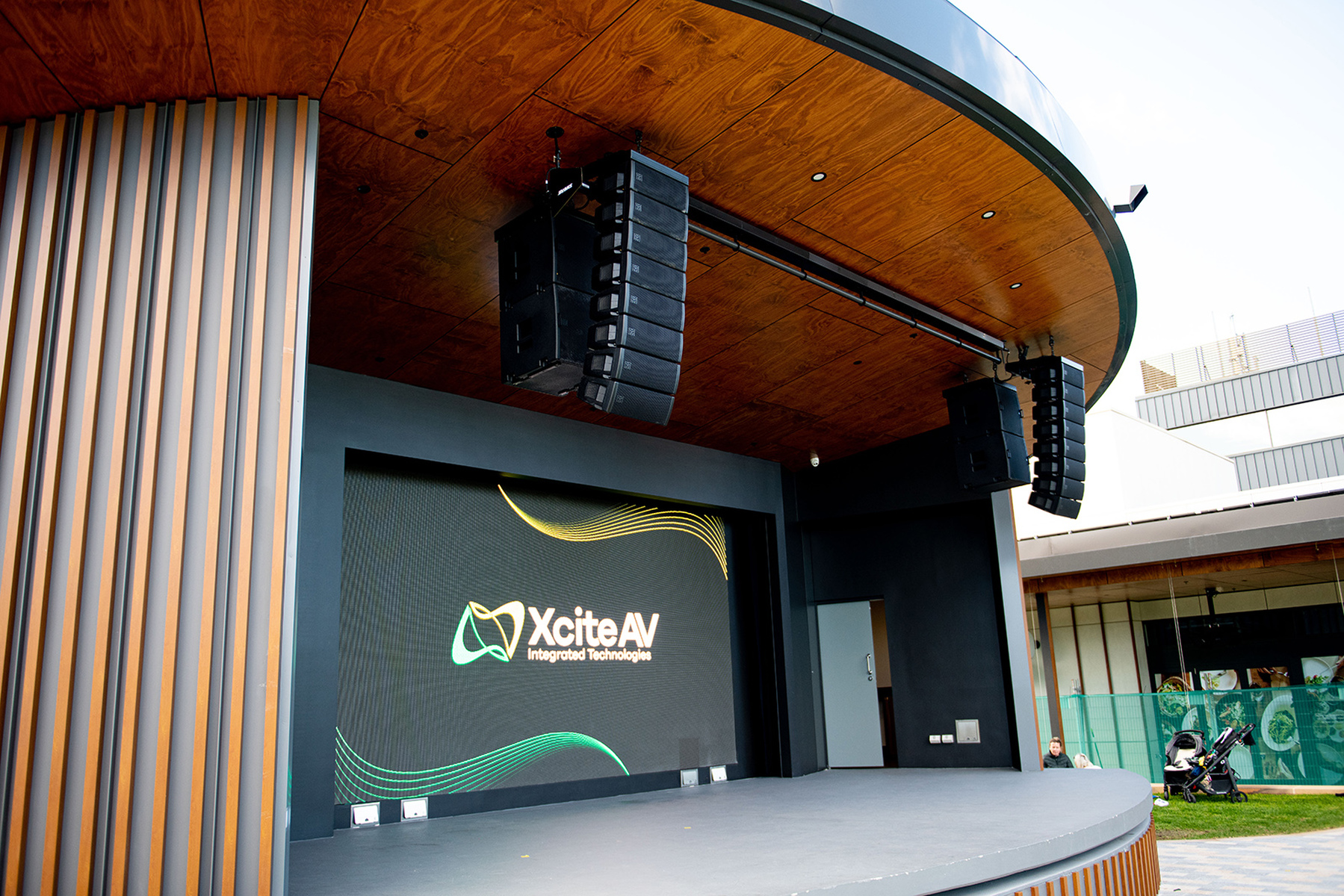 The award-winning technology was specified by integration company Xcite Audio Visual, who tendered the successful bid, with the system supplied and supported by the manufacturer’s Australian distributor, Technical Audio Group (TAG).

“There was a performance specification written but no brands specified,” explains TAG’s System Sales Manager, Ewan McDonald. “Xcite came to us at tender stage wanting to look at a Martin Audio solution and TAG’s SSE (System Solutions & Engineering) team assisted them in providing a proof of concept based around the MLA Mini system.”

MLA Mini provides premium sound reinforcement on a bandstand stage, which is the centrepiece of the new development, known as The Canopy.

We’ve always liked using Martin Audio and really liked the idea of MLA Mini for this job based on the ability to limit the amount of SPL hitting the surrounding residential areas.

Lane Cove Council earmarked the development on the site of a former car park which was no longer fit for purpose. They decided to convert this into a new 500-space underground car park and construct the community precinct on top. This new feature includes a park with village green and children’s playground, a pedestrian concourse, the performance stage, a restaurant / café precinct and retail (including supermarkets).

But the new high premium, high-rise apartments flanking the site brought its own potential problems with regard to sound escape from the stage.

TAG first supported the acoustic design with EASE measurements and later produced the DISPLAY optimisation files in the proprietary Martin Audio software to mitigate the problem. “The main challenge was that with the apartments around the park on one side, and retail on the other side, we needed to get the SPL to fall off as quickly as possible at the end of the speaker zone.” And he achieved this by using the unique Hard Avoid™ function in the software.

The PA itself consists of a Left/Right hang, with eight MLA Mini per side, and two MSX subs each side flown behind the arrays. “The PA is set back so we can hit the front row withoutany fills, plus it keeps the hangs protected,” he continued. “It was a perfect scenario for MLA.”

The PA itself effortlessly threw the 40m distance required (on a site measuring 140m long by 50m wide).

Xcite Audio Visual are no strangers to Martin Audio technology, according to their project manager Michael Glass, whose company had been responsible for the University of Newcastle Great Hall Wavefront Precision Mini installation back in 2017.

“We’ve always liked using Martin Audio and really liked the idea of MLA Mini for this job based on the ability to limit the amount of SPL hitting the surrounding residential areas,” he stated. “Needless to say we and the client were very happy with the result.”