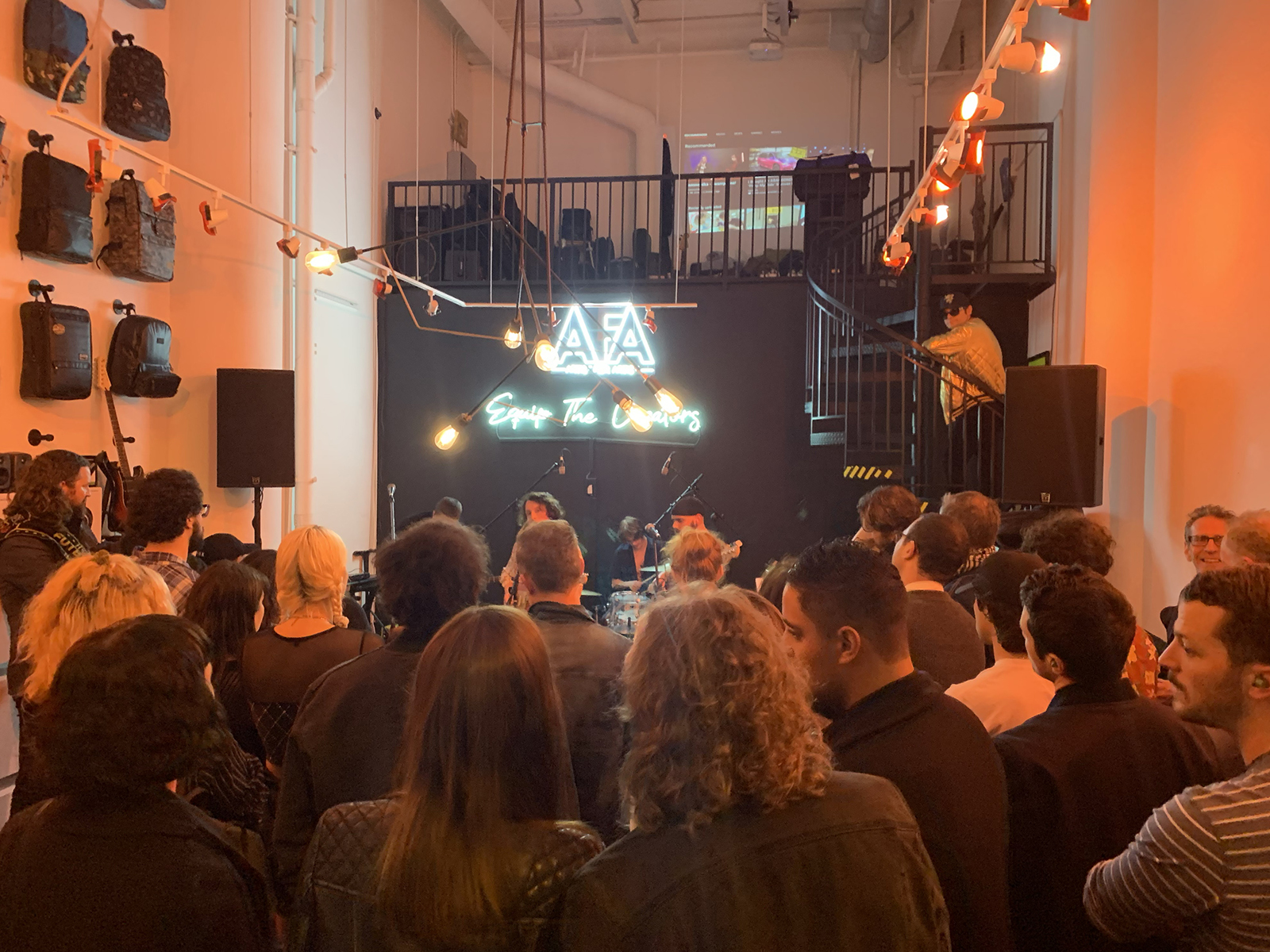 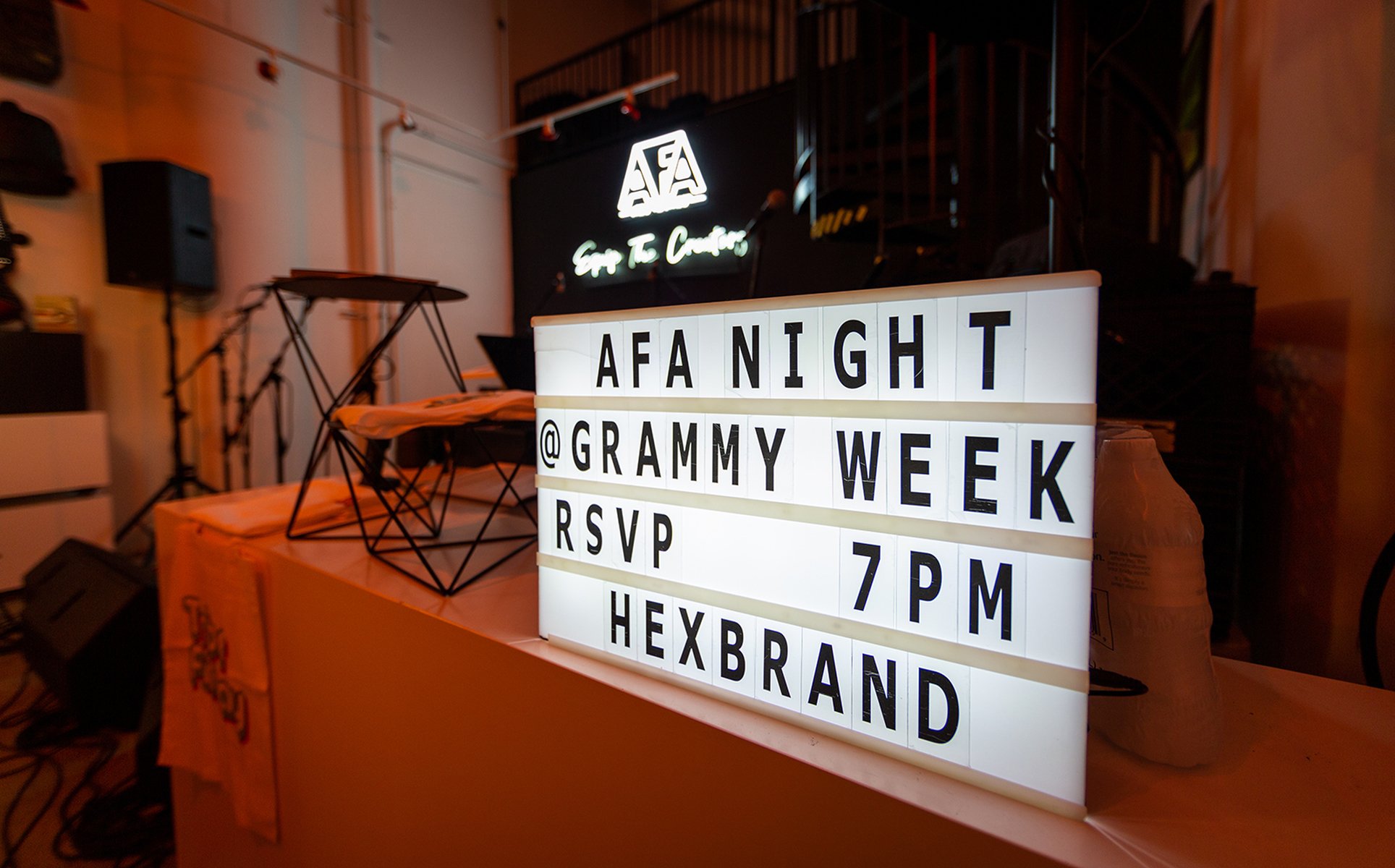 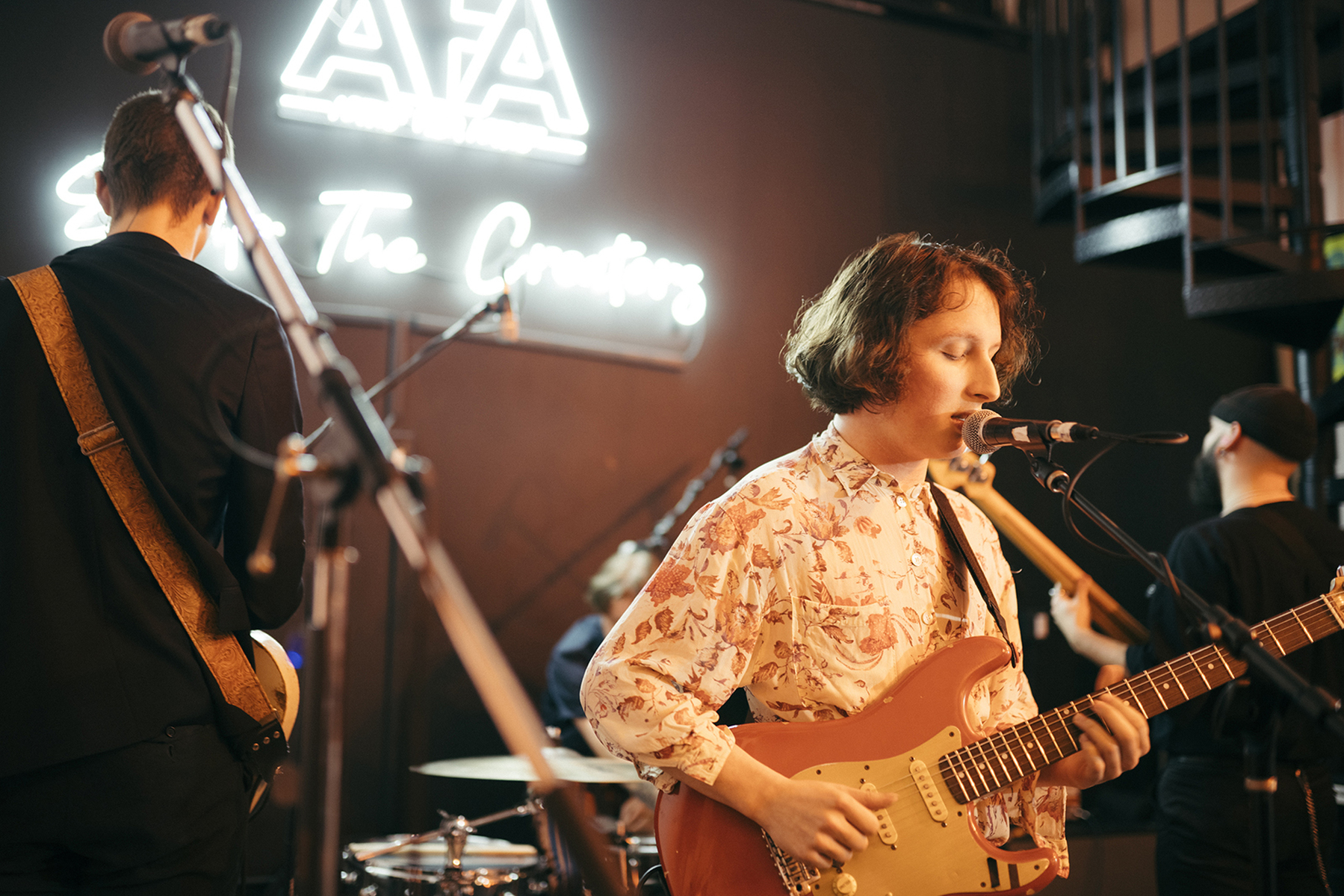 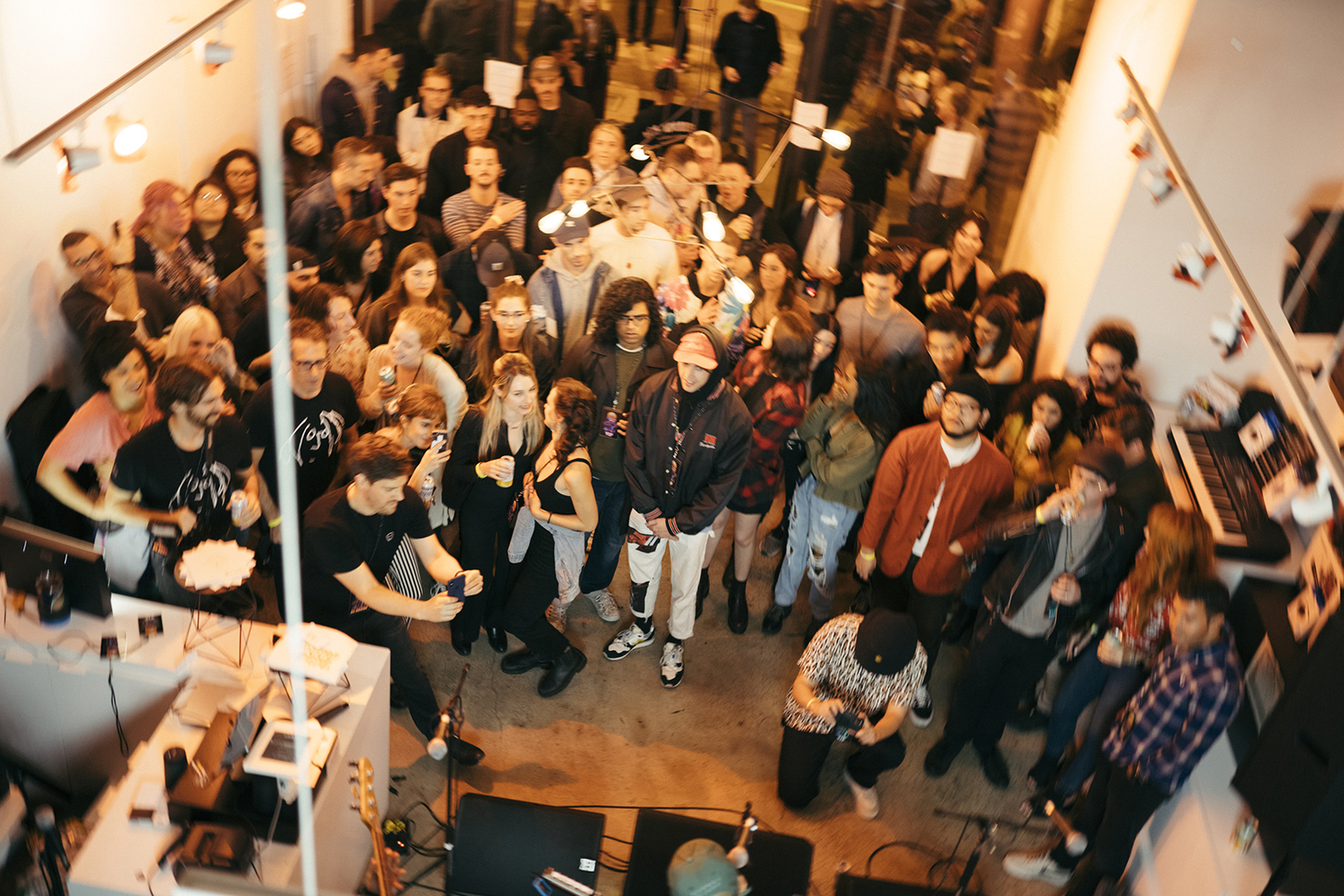 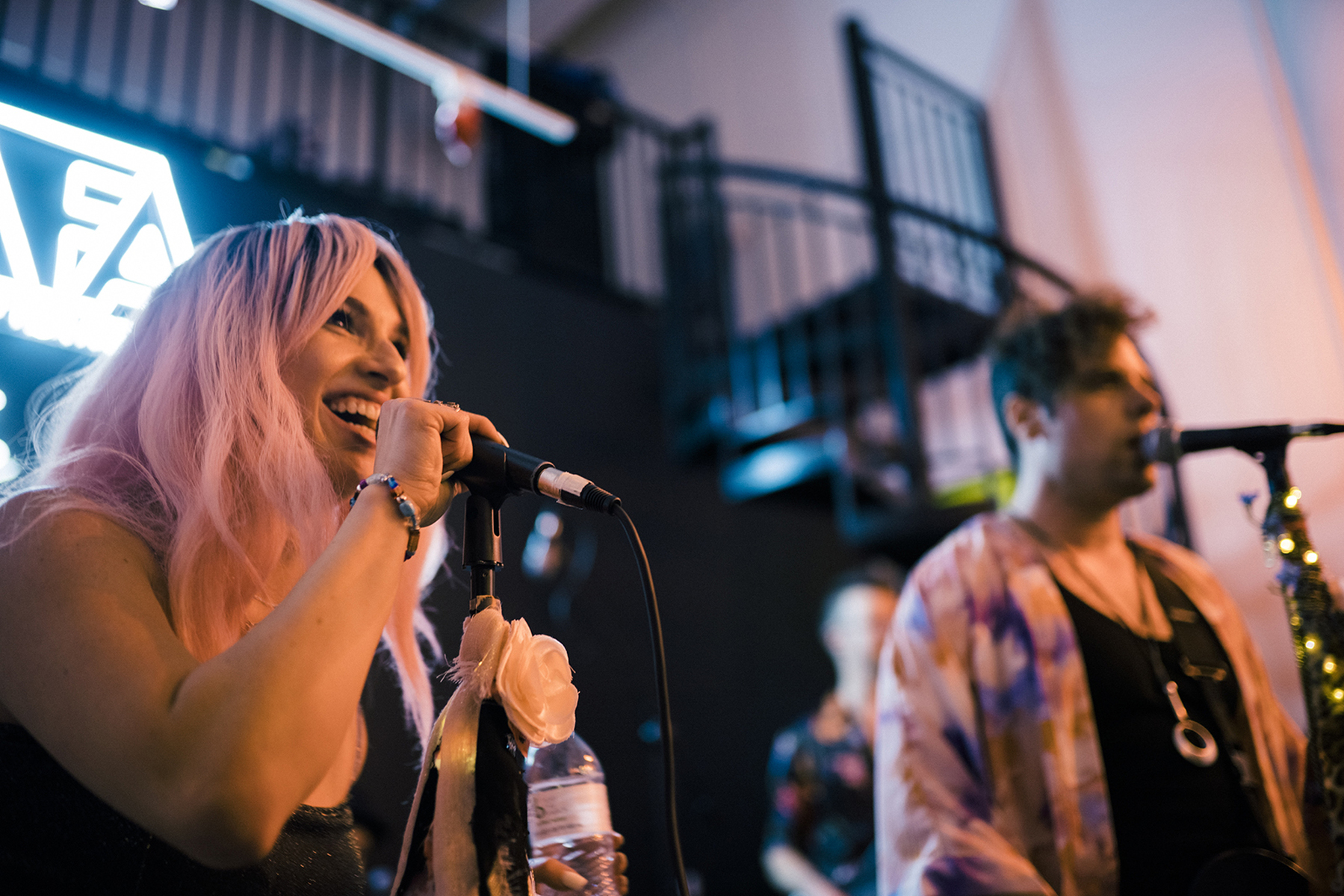 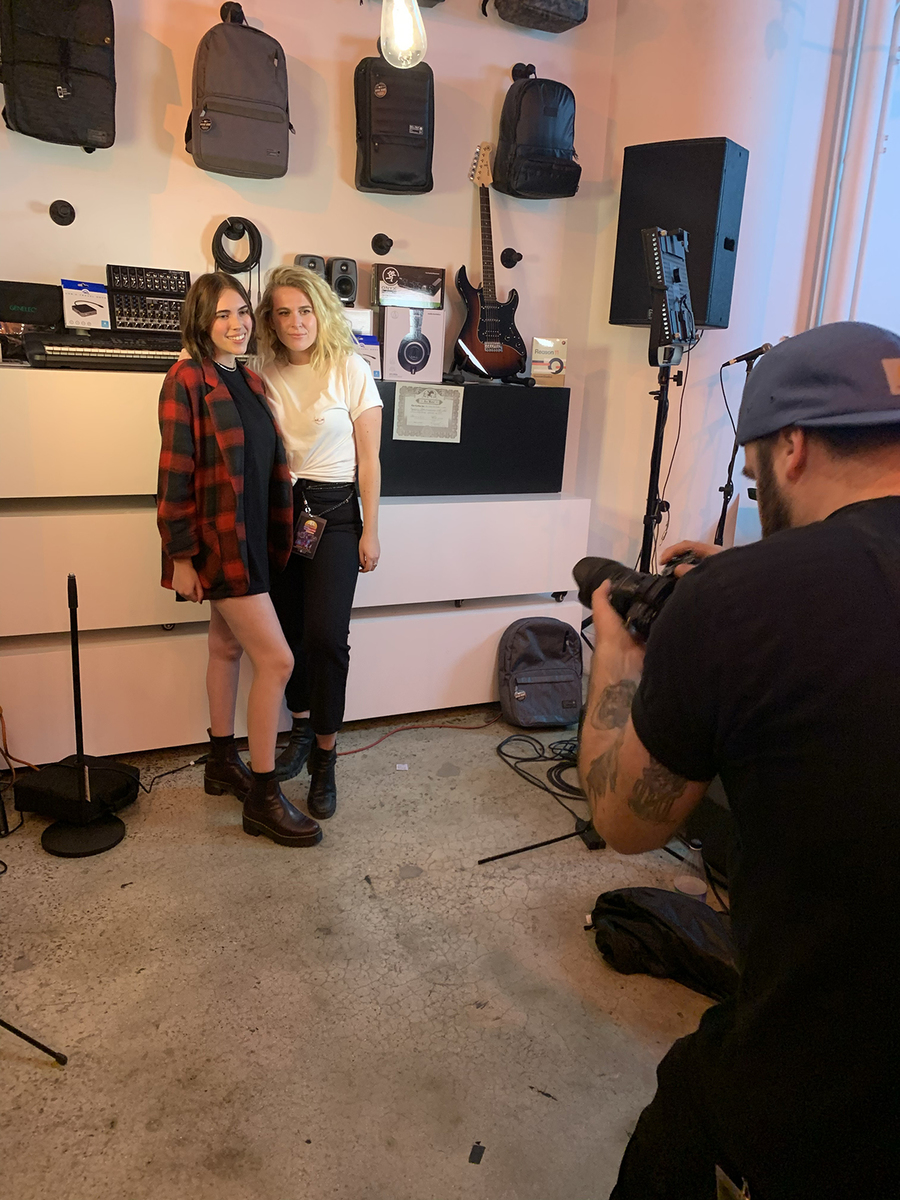 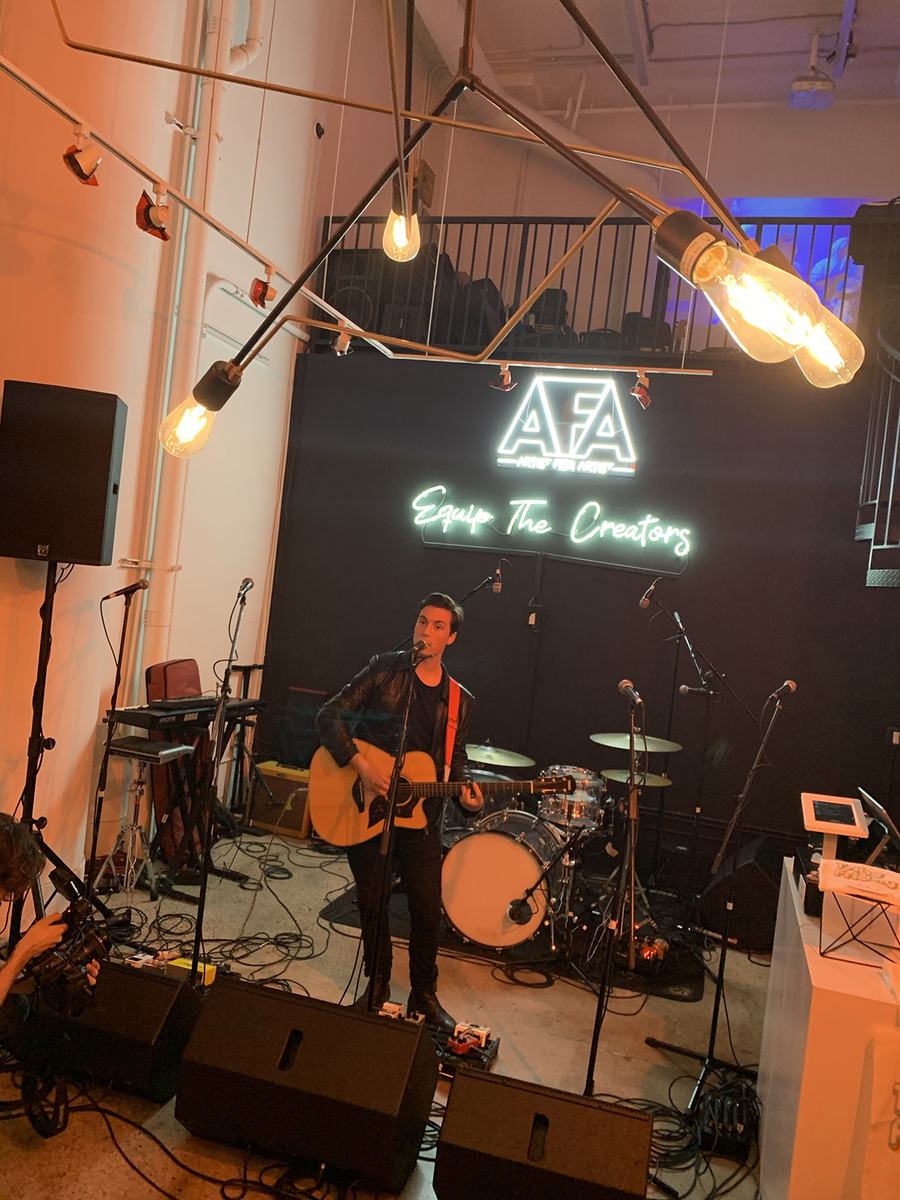 Organized by Artist for Artist (AFA), a New York-city based talent management and events collective run by artists for artists, the showcase event was a partnership with HEX Brand, a lifestyle bag company, in its downtown retail outlet next to the Ace Hotel.

Describing the event, AFA’s Matthew Reich explains: “This was a showcase for four of our artists, which you could generally describe as indie pop/rock alternative bands that are a little left of center––three from LA, mmmonika, The Dumes, and rosecoloredworld, and Tribe Friday from Sweden.

BlacklineX Powered outperformed every other consumer grade product I’ve used to this point working over a decade as an audio engineer.

“We partnered with The John Lennon Songwriting Contest to provide an opening slot on the show, which The High Loves from Toronto won this year.We also brought in actor/legend Corey Feldman as co-host and built a whole experience in the space working with HEX Brand, the engineer Joshua Huot and Martin Audio Blackline XP. There were over 200 people in attendance with free beverages from the Lagunitas Brewing Company.”

Asked about the sound, Matthew responds, “I was skeptical because of the small size of the venue as a raw empty space with high ceilings, but working with Joshua and Martin Audio, it really blew us away based on just how good it sounded. It was super crisp, you could hear all the instruments really well, everything was mic’d to perfection. It was great because it wasn’t too loud in the small space but the clarity was really surprising. Everyone was really impressed.”

Audio engineer for the event Joshua Huot had already worked with Martin Audio WPM at the D’Angelico Winter NAMM exhibit. Reciting the venue’s challenges, he points out, “it was a small 40 x 18 ft. industrial storefront space with cement floors, whitewashed clean walls and a 40-foot high ceiling. Getting five or six piece bands with vocalists, guitars, bass, drums and keys to sound good in a space with all kinds of reflections and no dampening was very challenging.

“We were fortunate to have the Martin Audio BlacklineX Powered because the quality of the processing definitely shines through. The boxes are pinpoint accurate, very precise and user-friendly so that any consumer could use this product and get high resolution audio and processing without paying an arm and a leg. Pull it out of the box, turn it on and it sounds phenomenal!”

The actual setup consisted of one Blackline XP118 sub, two Blackline XP15s on stands as the mains facing the audience, two more XP15s as monitors for drum fills and vocals, and two XP12s on stage right and left for keyboards, guitars and backing vocals.

Summing up, Joshua concludes: “The Martin Audio BlacklineX Powered system outperformed every other consumer grade product I’ve used to this point working over a decade as an audio engineer. Every one of the band members had nothing but compliments about the quality of sound and the clarity.It was so loud...if it wasn't for the precision of Blackline XP, it would have been impossible to pull this off."