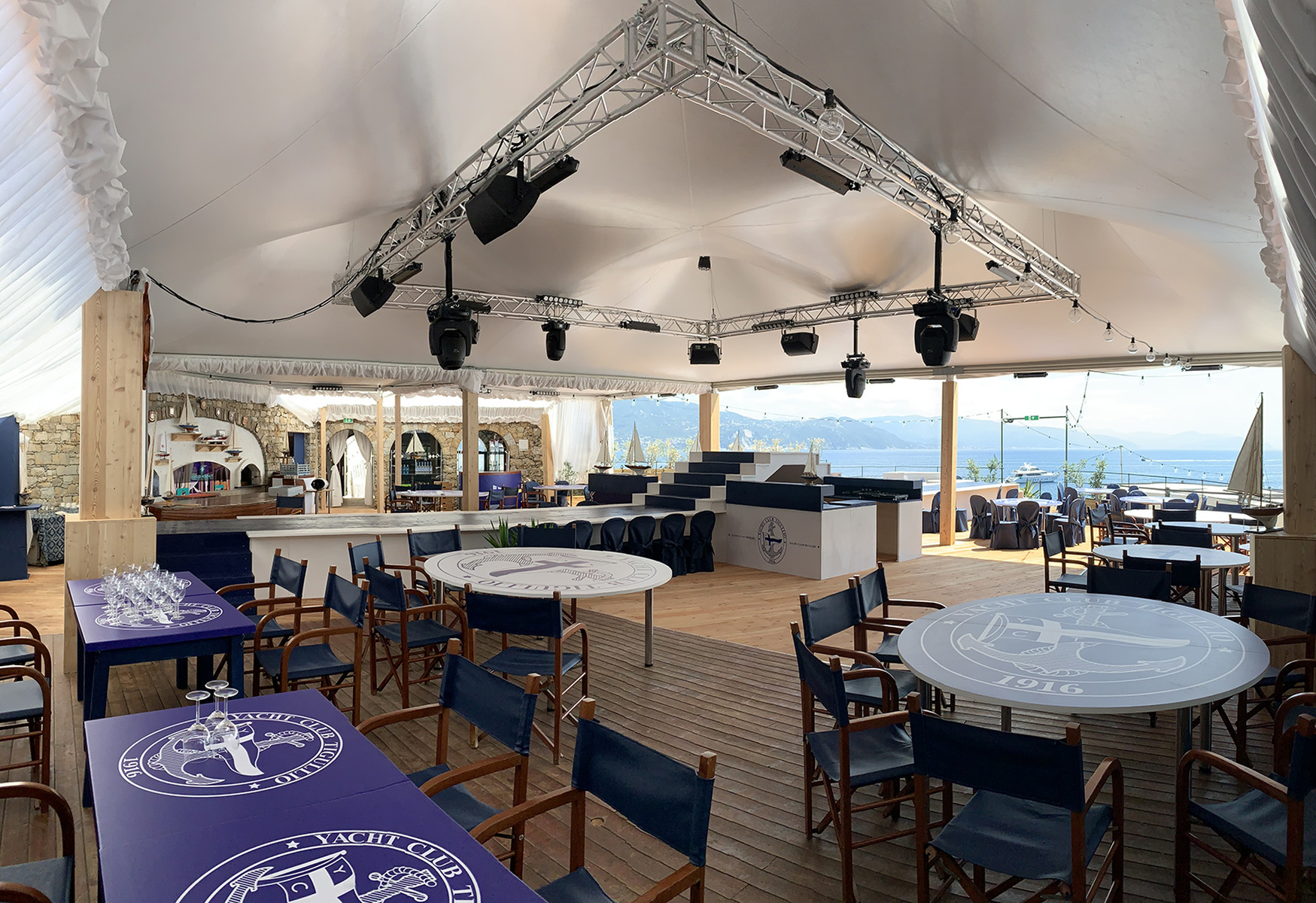 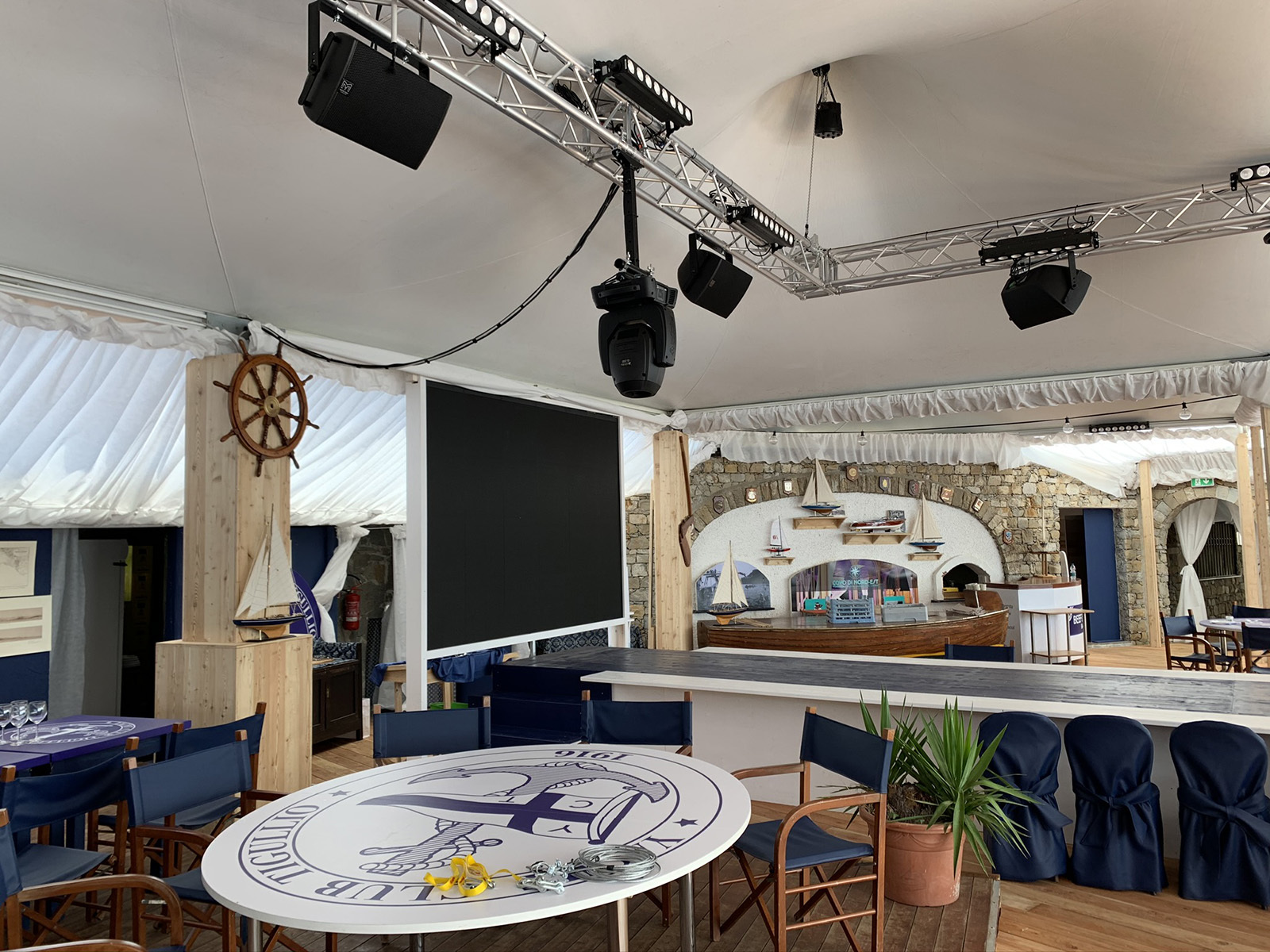 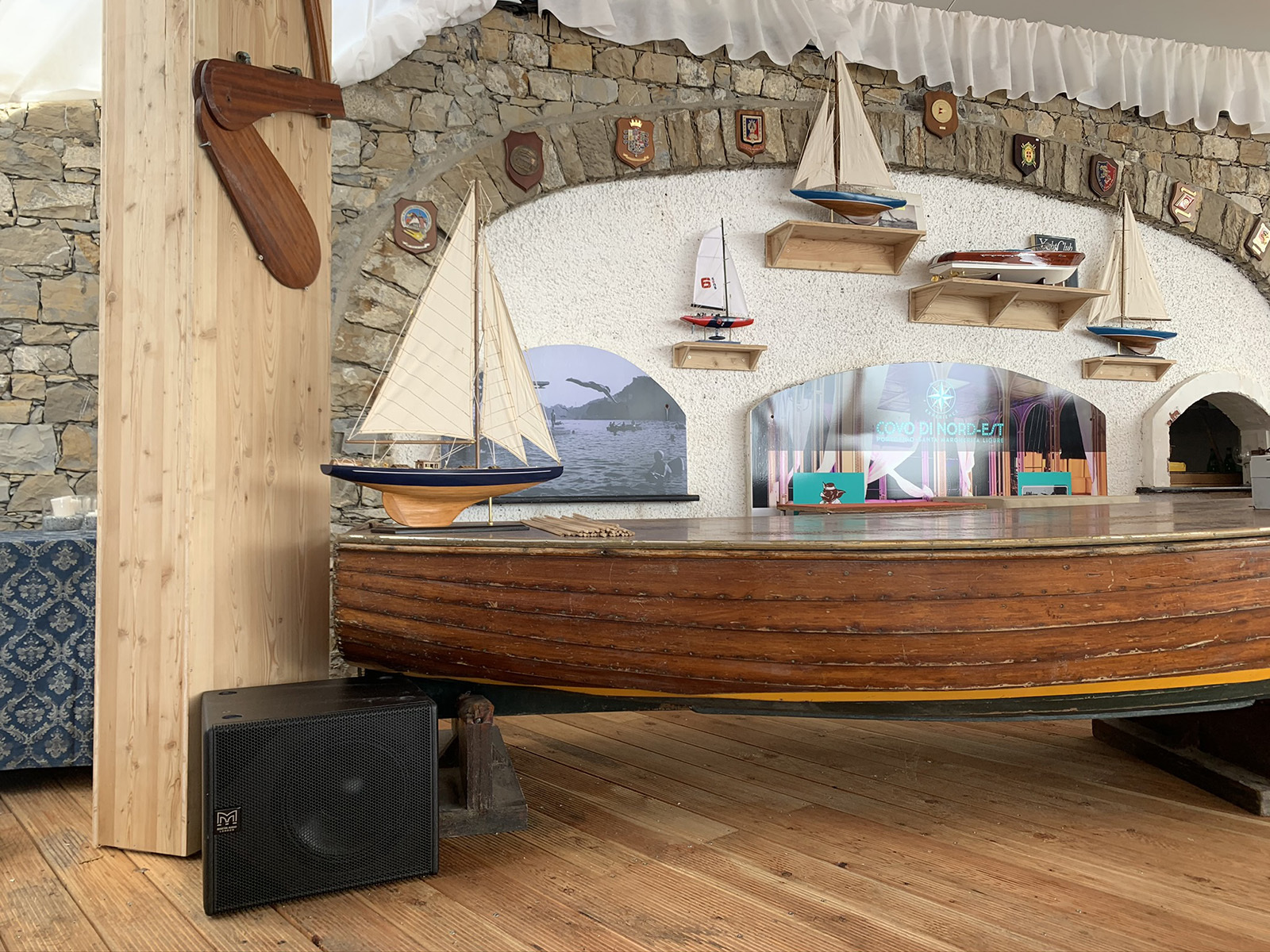 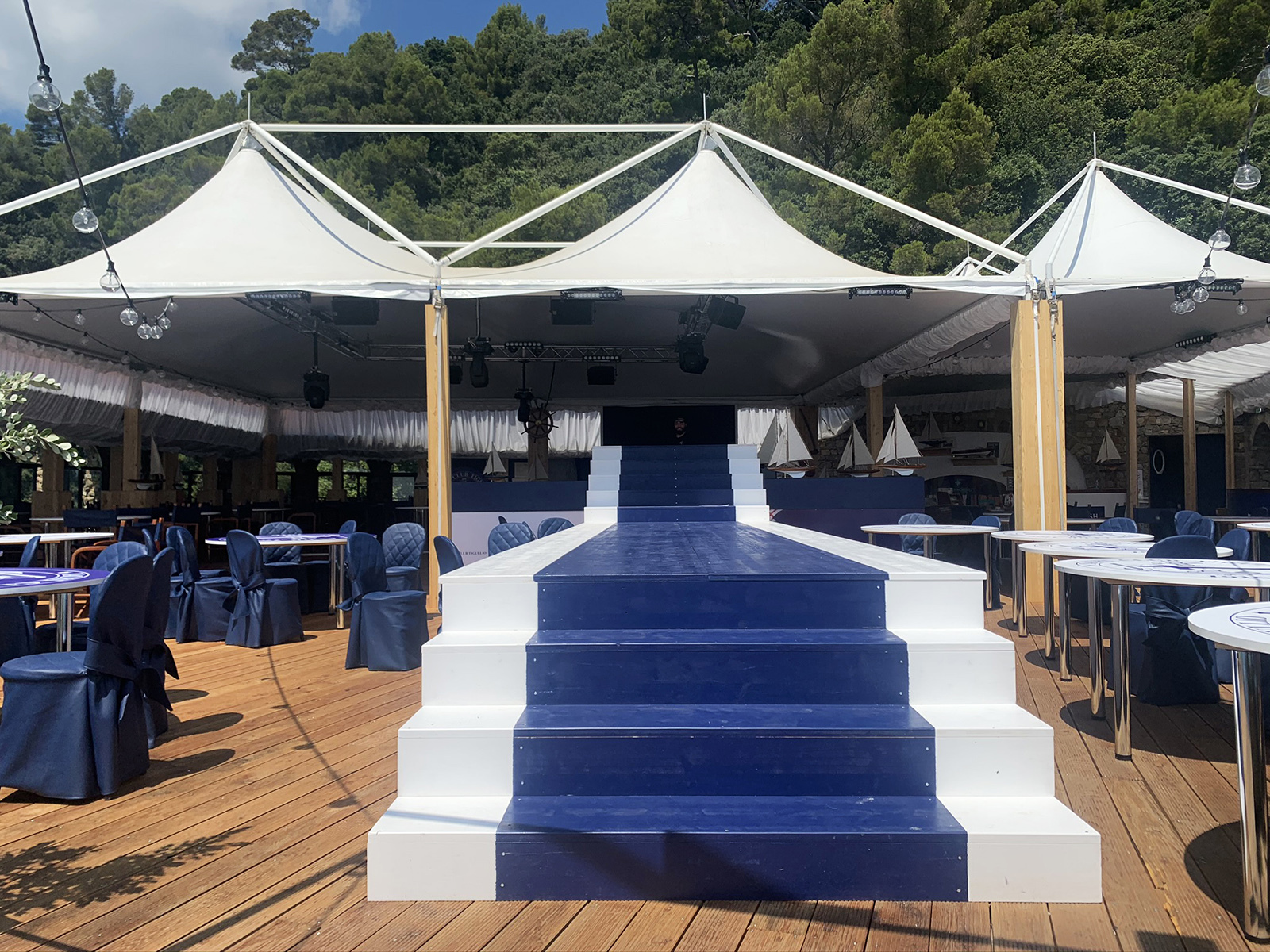 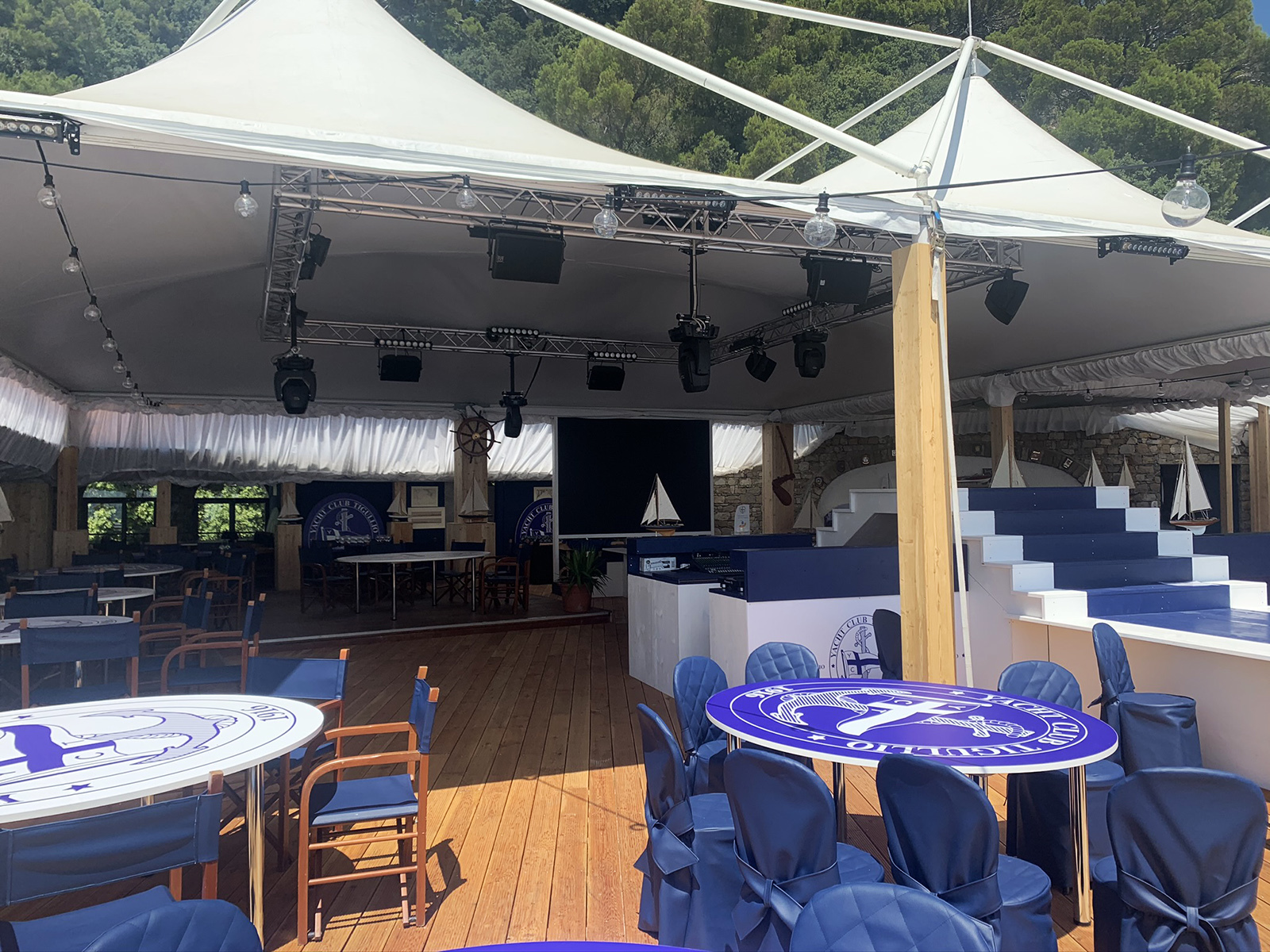 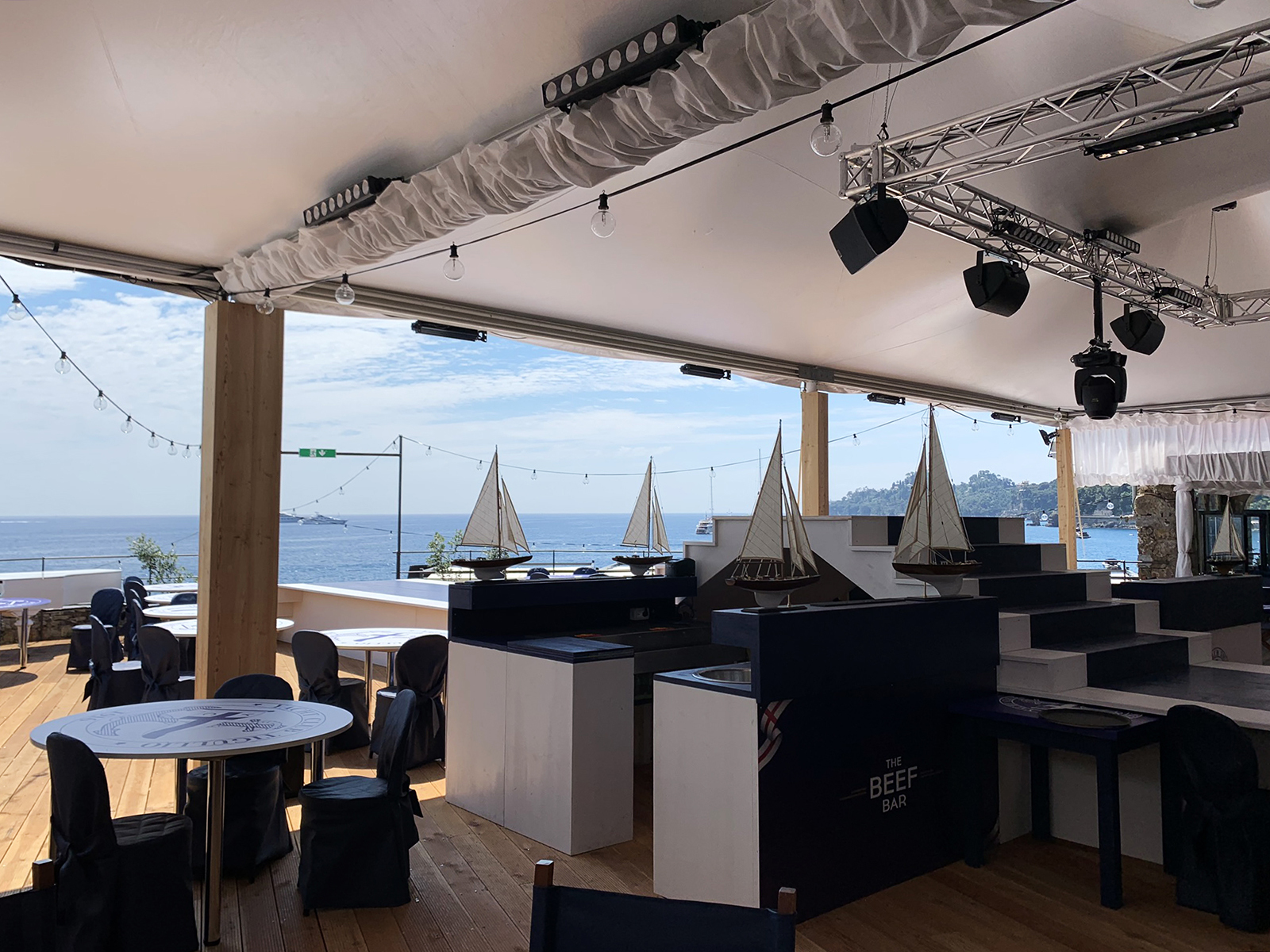 The venue features both indoor and outdoor spaces: the main bar is located in the former, while the dance floor and sofas, arranged differently every night, can be found outside. The main DJ area hosts local artists as well as more well-known names in the music industry, and it is here that the ultra-compact 2-way CDD loudspeaker solution was specified.

The upgrade had been the result of a storm back in 2018 which had necessitated a complete venue rebuild, including the new audio system, which will now take on new challenges, both indoors and out.

Venue owners, Stefano Rosina and Matteo Canepa (from Mito srl) considered several tenders before choosing Vibra Service of Albenga (SV) to undertake the work. The company had previous experience working at Il Covo back in 2018—and the collaboration proved so successful that it was an easy decision for the client to back this successful formula.

Vibra Service, in turn, chose CDD series for its ultra-performance, with owner Stefano Lo Sardo, stating that he considered it to be the best option in terms of quality-price ratio. The weather resistance of the ‘WR’ version provided an added bonus.

“Many speakers are sold watertight or IP65-rated, but then after a while they tend to deteriorate,” he observed. “However, the build quality of CDD is very high and the customer was confident of its durability over time. In addition, I have already been working with this series for a couple of years and so far I have never had a problem.

“I also knew the dispersion would guarantee even coverage throughout the entire venue, particularly in the main guest seating area around the centre,” continued Stefano. Furthermore, he was confident that with this system sound leakage to the neighbouring buildings could be avoided. “In this instance I have prioritised sound clarity and uniform coverage above seeking a high SPL,” he said.

The sound system design itself comprises four ultra-compact CDD5B, with a pair of SX110B subwoofers and six CDD10B for the interior. They have maintained continuity with CDD in the outside area, with a pair of CDD10B-WR weatherised speakers and four SX112B subs. This will comfortably reproduce background music for entertainment, during the day, and dinner shows with slightly more forceful volume in the evening.

And so the impressive legacy of this eminent place, which oozes elegance and class, looks set to be maintained. Originally a house set in the rocks overlooking the sea, built at the beginning of the 20th century as a private home, it only became a public place in 1934. Names such as Brigitte Bardot and Roger Vadim, Jane Fonda, Frank Sinatra, Nat King Cole, the Platters, Gloria Gaynor and Gigi Rizzi have all passed through the venue over the years.

In conclusion, Stefano Lo Sardo said, “The customer is extremely satisfied with the new sound system, so much so that he is now considering replacing the PA in the downstairs area with Martin Audio.”