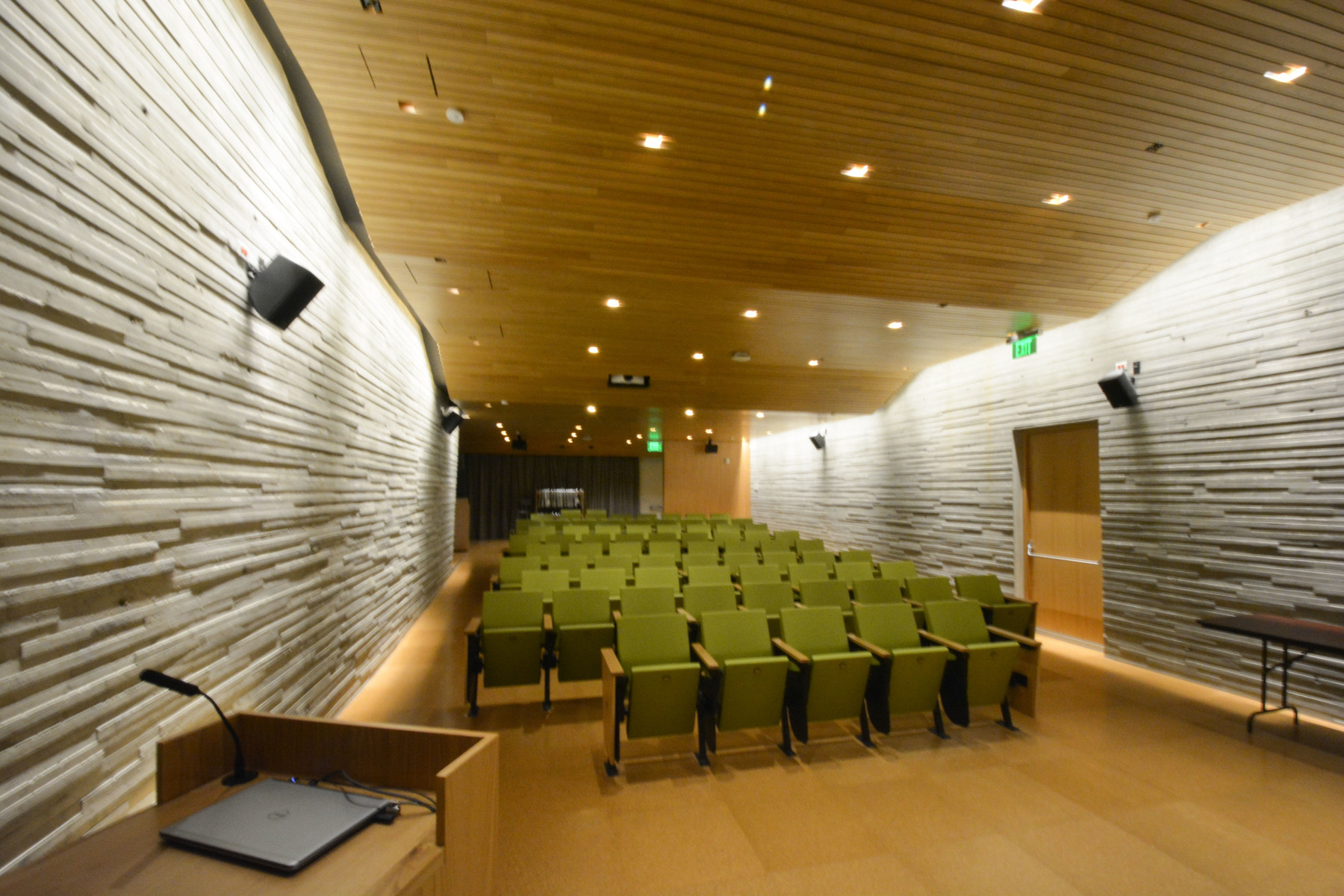 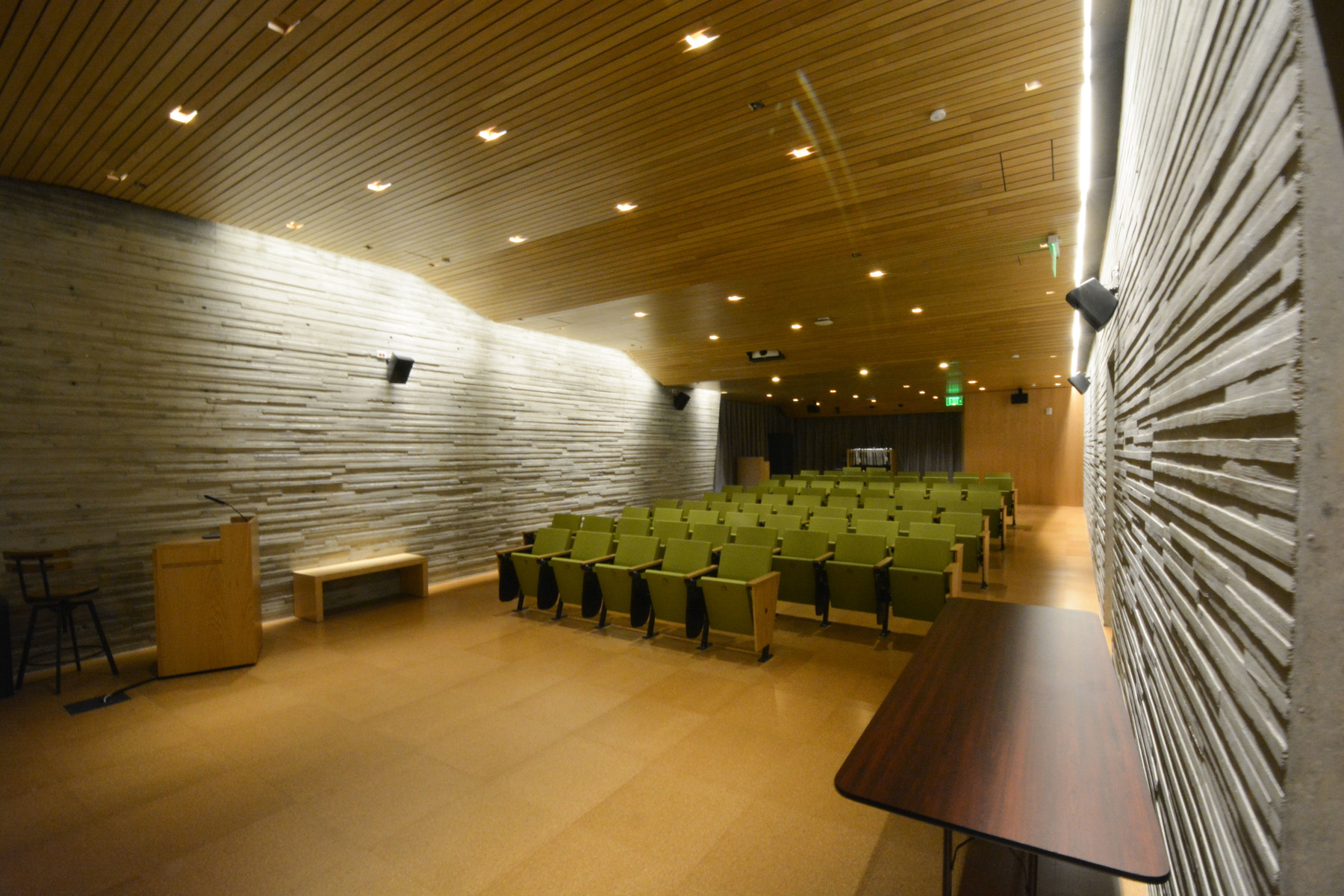 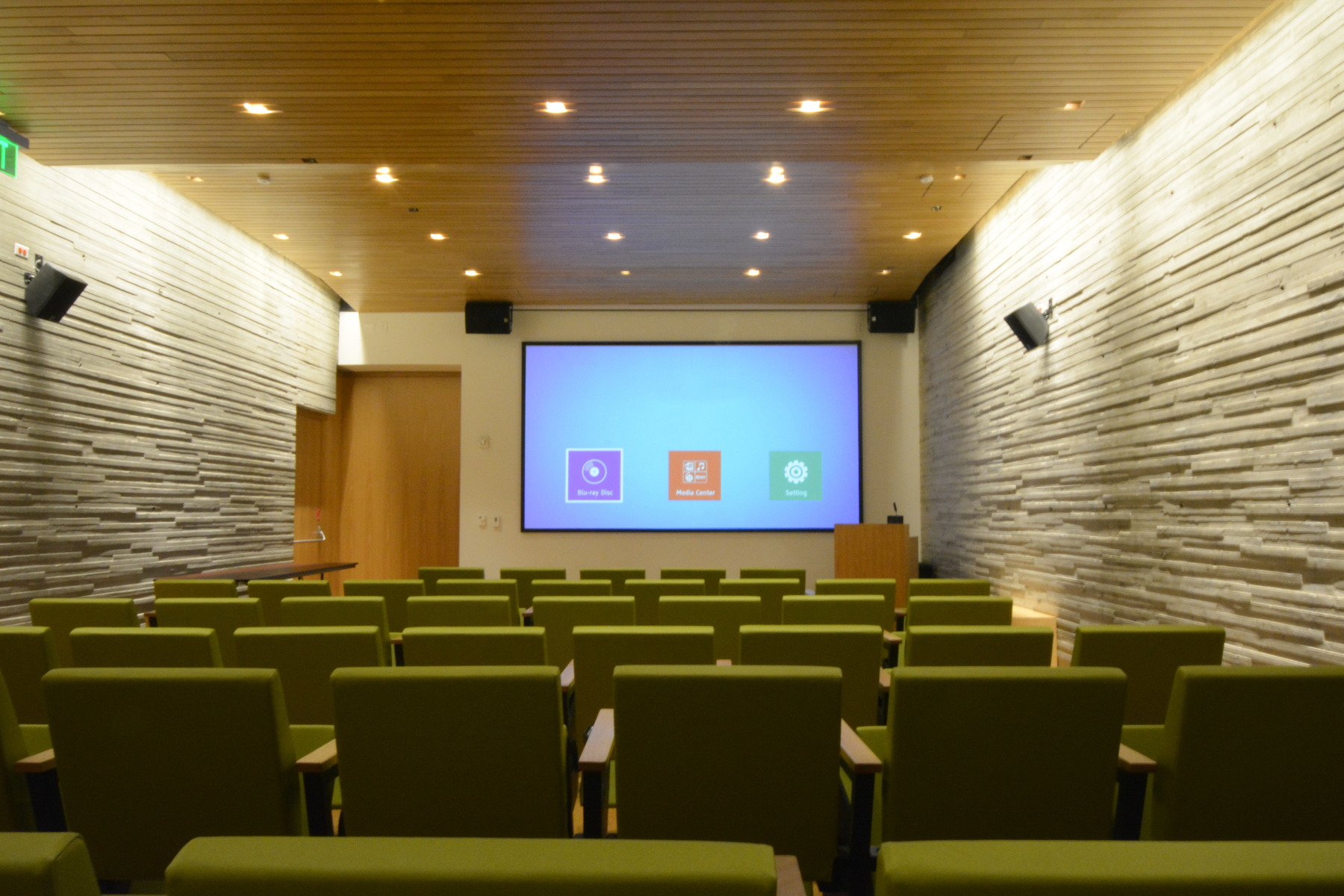 Jaffe Holden was commissioned to provide AV and acoustic consulting and design for the Glassell School of Art auditorium at the Museum of Fine Art Houston.

The Glassell School of Art is housed in a visionary 93,000-square-foot L-shaped building constructed from a series of sandblasted, pre-cast concrete panels, alternating with panes of glass, in a rhythm of verticals and slight angles.

Discussing the project, Garth Hemphill, Associate Principal Audio Video for Jaffe Holden explains, “The venue is a multi-purpose auditorium with approximately 150 seats which doubles as a lecture and film instruction space. Given the variety of needs for the space, we designed a solution employing a Martin Audio CDD Surround system which also doubles as a presentation system.

Not surprisingly, the client is pleased with the system’s versatility and how it achieves high audio quality throughout the room.

“There’s no center channel for the system because there was no space for the speaker behind the screen, so it’s actually more of a 7.1 system with a derived center channel which is the Center channel stem mixed to both Left and Right Front loudspeakers.”

The system consists of CDD10’s for the front mains left and right mounted on the wall next to the screen, with four CDD6 Surround speakers on the sides––two left and two right––mounted on the side wall and two CDD6 at the rear of the room mounted on the ceiling facing down. There’s also a single SX118 sub used when films are being screened that is positioned dead center under the screen up against the front wall.

Asked about his choice of speakers, Garth responds, “one of the main reasons we went with the CDD’s was their coverage pattern because the room consists of concrete walls, hard floors, hard wood ceilings and can become an echo chamber. There’s some acoustic treatment in the ceiling behind the slatted wood which helps but it’s still fairly live sounding.

“So the nice thing about the CDD’s control capability is that we could create defined coverage zones and keep a lot of the energy that we didn’t want to have bouncing around the room off the walls. Another great thing about CDD is that the frequency extends low enough that you can get some really excellent sounding music out of it without a sub.

“The system is working really well for the space. One of the critical concerns was being able to have a lectern up front with a mic without severe feedback problems because the speakers are on the wall behind and above but the pattern control comes into play there and the CDD’s really work well, producing enough gain without problems. We’re also able to run the speaker’s mic into the sides and back as well so we don't have to run it as hot up front and it gives a very natural ambient sound with the voice.

“Martin Audio CDD functions exceptionally well for film Surround which originally seemed like a stretch but has actually worked out really nicely. The biggest issue when you go see a movie is that the side surround speakers sound great four or five rows in from that side but you really don’t hear the other side much.

“Granted this is a fairly small room but because of the way the horn delivers the high frequencies evenly from near to far, you actually get much more even coverage for every seat than you would with a typical Surround speaker,” Garth concludes. “Not surprisingly, the client is pleased with the system’s versatility and how it achieves high audio quality throughout the room.”