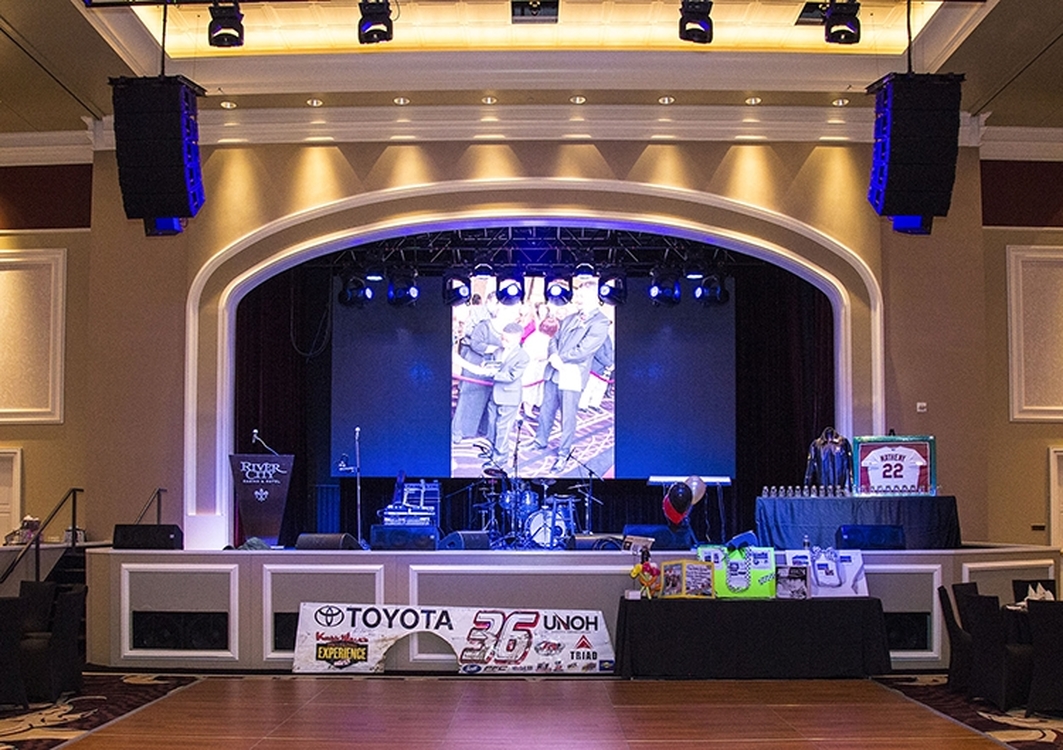 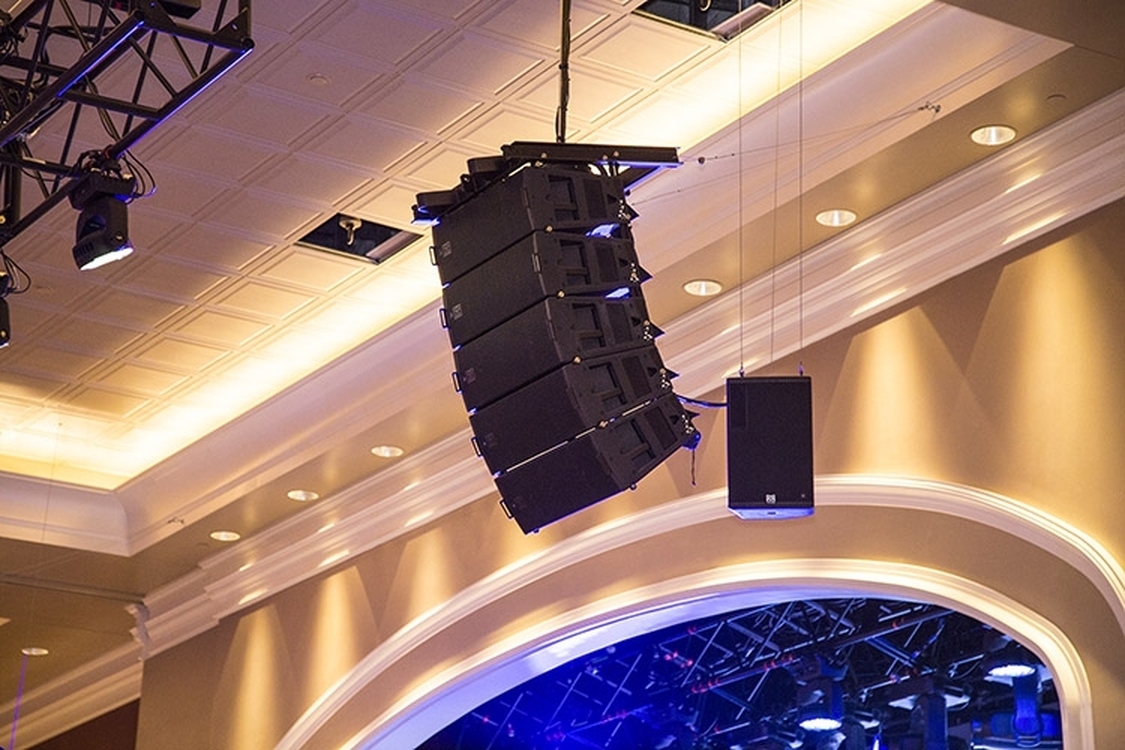 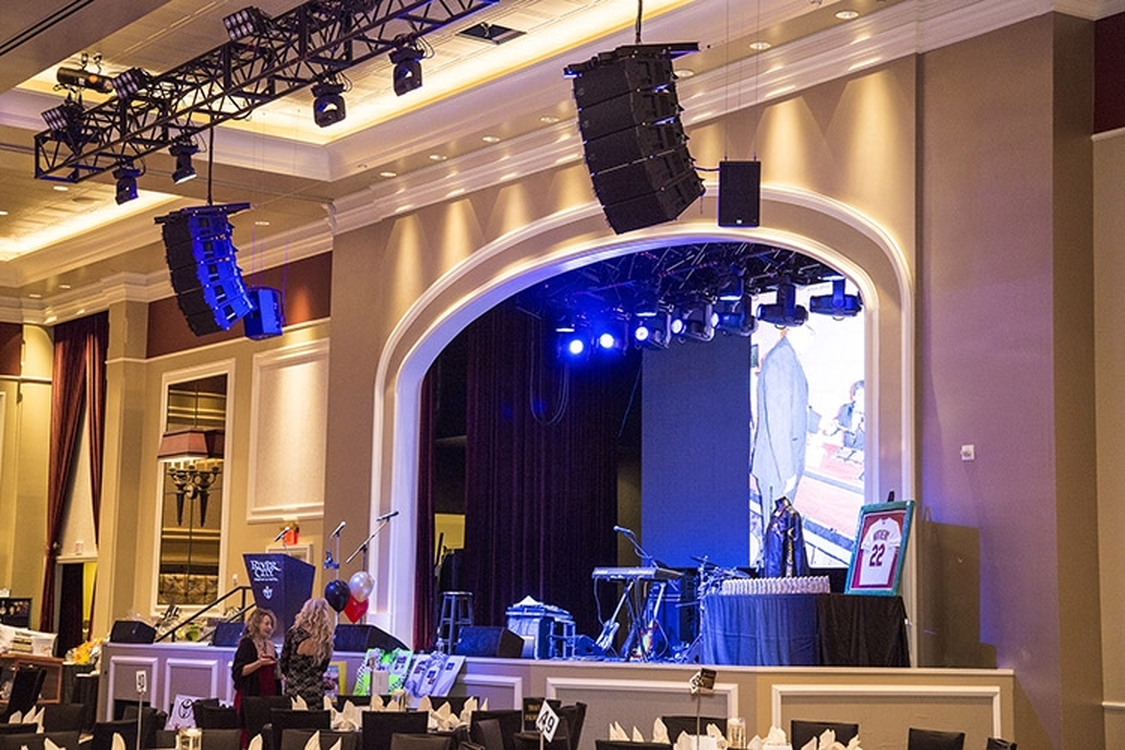 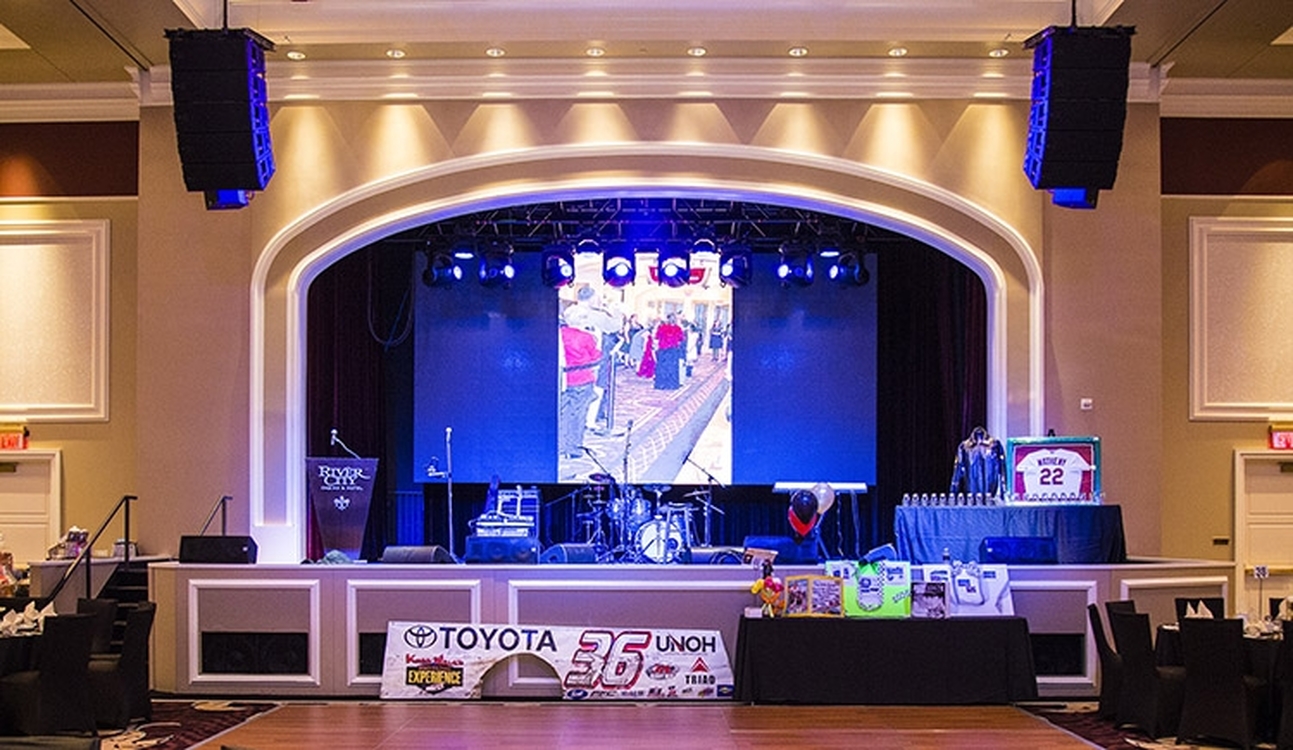 MARTIN AUDIO COVERS ALL BETS AT THE RIVER CITY CASINO

As Paul Murdick, General Manager TSI Global Companies LLC, explains: 'The original project for us was Phase II for the Casino which was to build a Hotel and Event Center. We were chosen as design bid contractor for the Casino portion and everything went so well, we ended up doing the AV for the Event Center with a focus on the ballroom performance space.

'The Event Center is also a bi-divisible conference space in addition to being a ballroom, so there is AV for that in terms of a control system with distributed audio. The client decided to go with Crestron control and portable video for the divisible spaces and conference rooms, and a large LED wall for the stage.

'The MLA Compact system was chosen over all other contenders as the performance audio system because of its ability to quickly reconfigure coverage for different events via Display software and to create areas of hard avoid in what is a challenging space acoustically.

'The ballroom is basically a square box,' Paul continues. 'And they needed to control the pattern with hard avoid on the back walls to eliminate reflections that would have caused a major problem with typical arrays.'

In addition to the reflective walls and ceilings, the ballroom's floor is also combined with portable risers to create 1200-capacity stadium style seating areas for concerts and a special configuration for MMA events which uses the stage and the area directly in front of the stage for VIP seating. 'These different configurations allowed the unique coverage abilities of MLA's cellular technology to be the perfect fit for the room,' Paul adds.

The performance system consists of five MLA Compact enclosures flown on both sides of the stage with four DSX subwoofers under the stage. Two flown Martin Audio DD12's are used for outfill with four AQ28 dual 8' speakers provide lip fill. Five LE1200RS and five LE1200LS monitor wedges, right and left respectively, are used for the stage.

'We also installed six Martin Audio DD12's in the Casino's Grand Promenade and two in the outdoor entranceway because the client wanted high quality audio for special events and people walking into the building.'

According to Paul, 'Our client is very pleased with the audio quality, coverage and control and the fact that the MLA system would easily be approved on any rider coming through the venue.

The DD12's were recommended and brought in as a mockup for the side fills in the house MLA Compact array, and they were pleasantly surprised to find the quality matched what was needed.

'During testing, the output of the subs comprised some of the downlight fixtures in the Event Center. The Pinnacle Management team were amazed at the results and decided to keep the DSX Sub audio settings and replace the lights.'