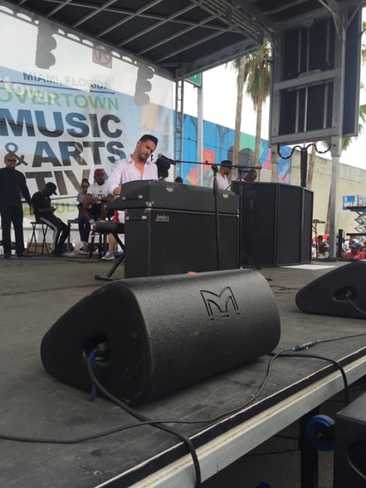 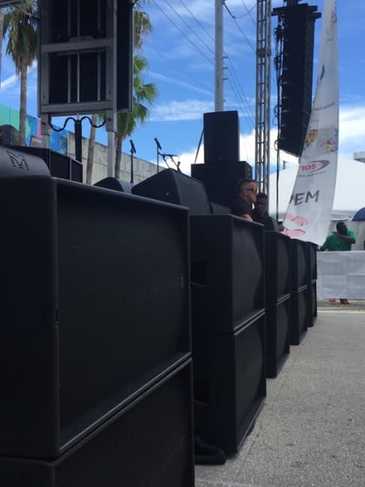 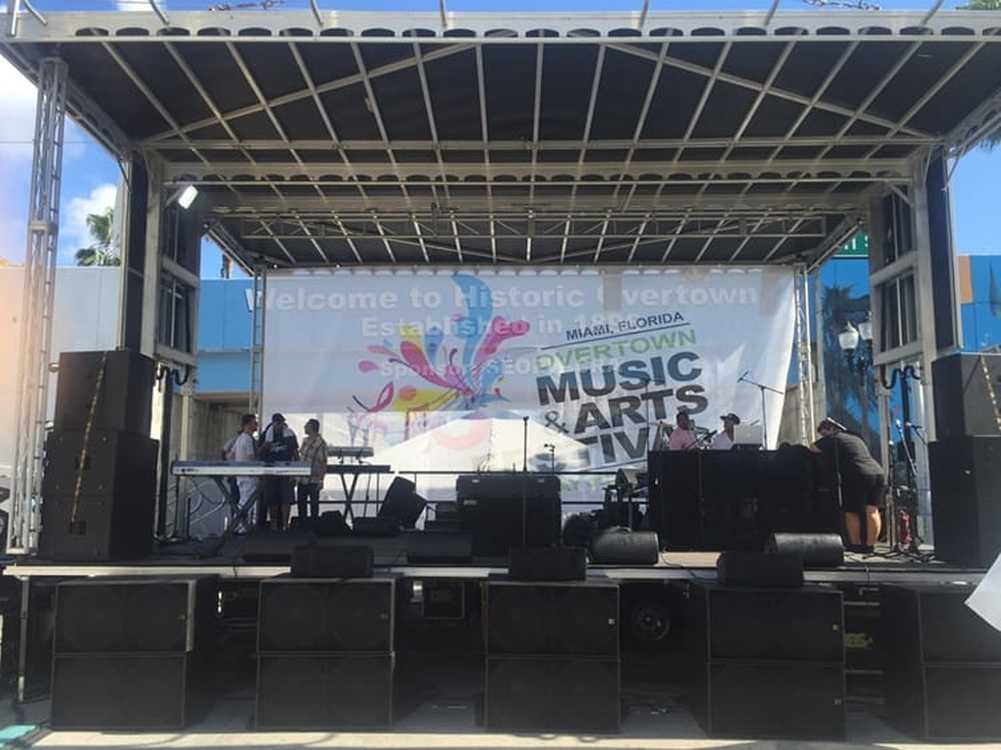 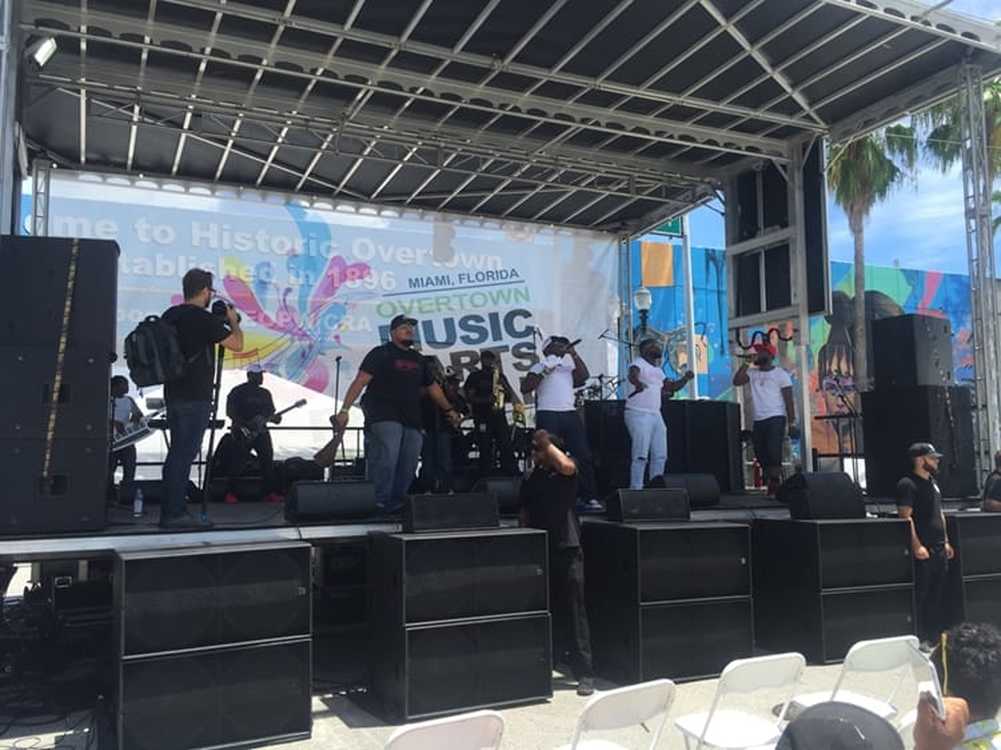 Describing the challenge, Drummer Boy's Harold Cummings explains: 'The main thing was firing the line array down the avenue flanked closely by buildings on both sides.

'We flew the rig from an Apex 3224 mobile stage, the only one that would fit in the road between the curbs of a two lane street. The Martin Audio W8LM was the obvious choice because we needed a powerful system that was compact, sounded good and could provide audio down to the end of the block for a crowd of around 5,000 fans without too much off-site noise.'

Asked for reactions to the sound system, Harold responds, 'I was so happy, because we got nothing but compliments about the Martin Audio system. It's the first time we used the W8C for sidefills and our stage has never sounded so great. They're so powerful even though we could only use one per side because that's all we had room for. We had AQ28's across the front of the stage for VIP fill and they were precise, clean and clear so you could hear the vocals really well without it sounding harsh or hurting your ears.

'The FOH engineers were all really happy with how the system sounded, both the consoles and the speakers. Our client, Headliner Marketing, told us they had also been getting compliments all day long about how consistent, clear and balanced everything sounded from the DJ, to the artist and the tracks.

'Events like this make me really happy I have Martin Audio, because I couldn't do the show without it.'