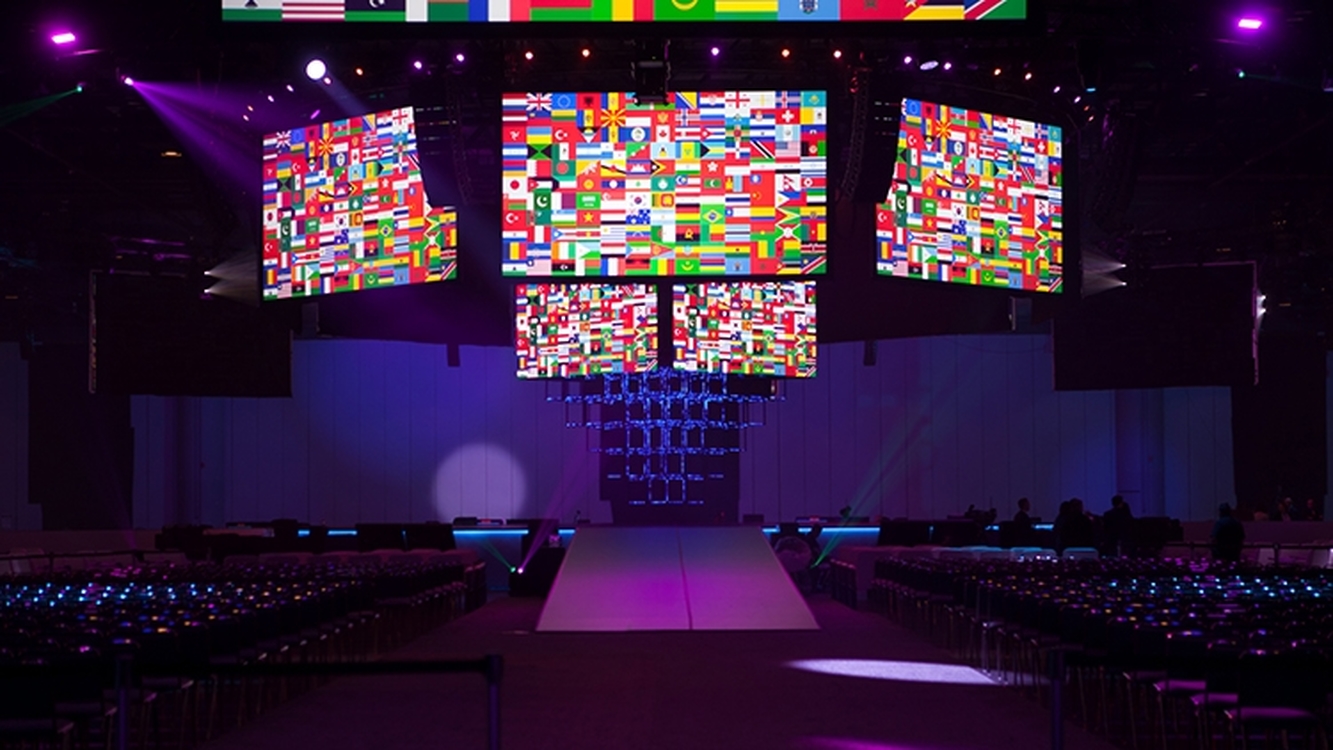 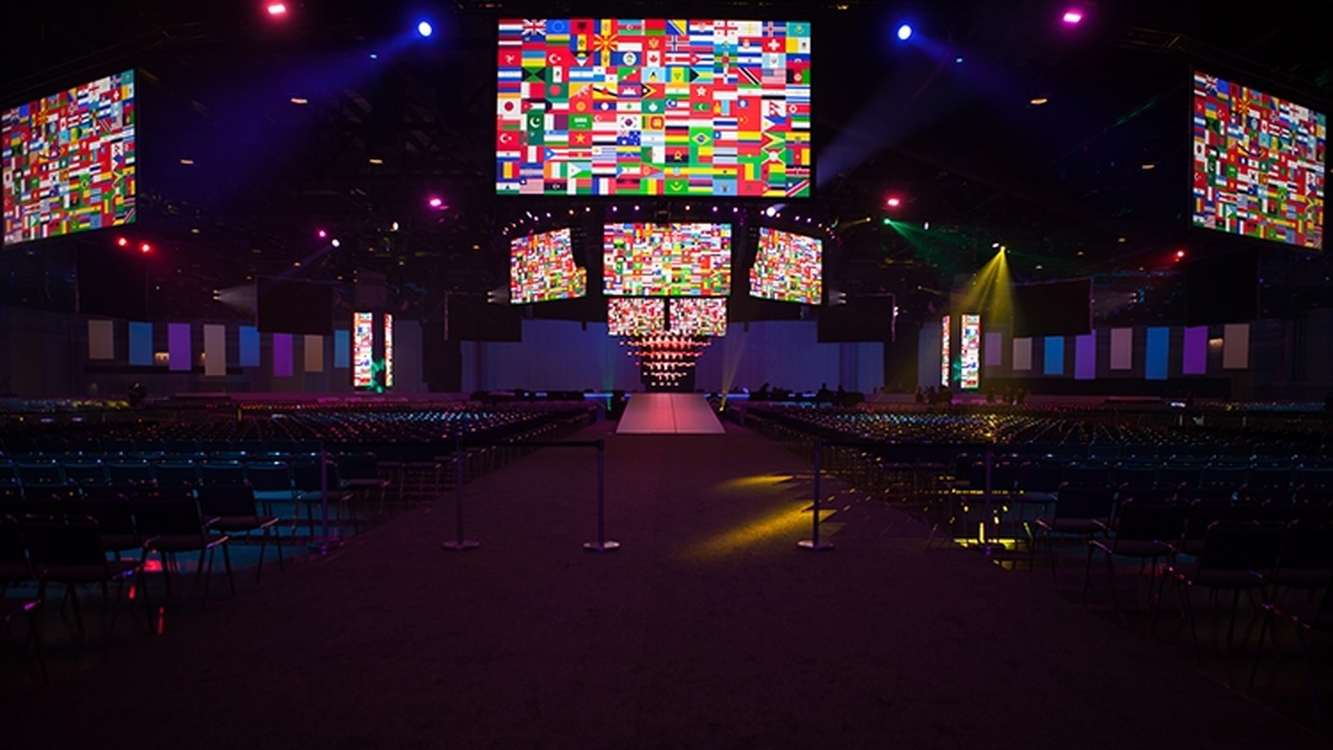 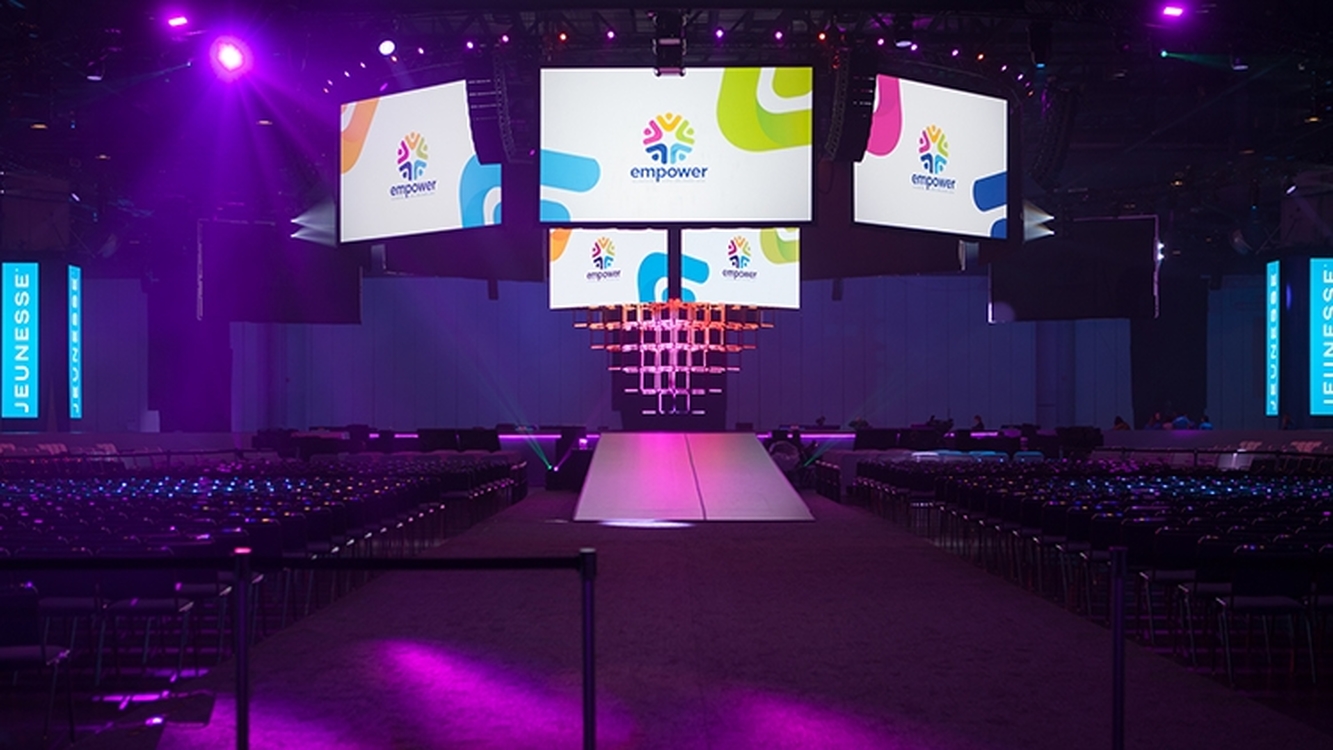 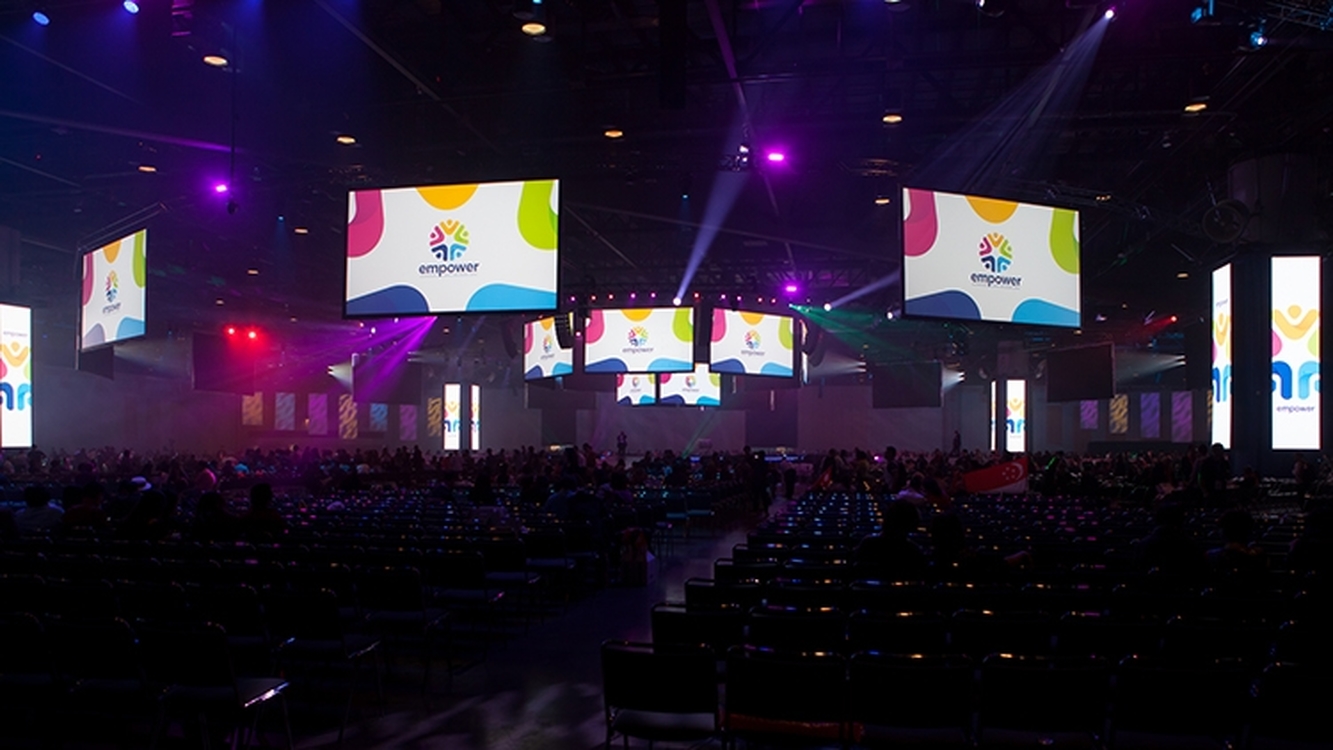 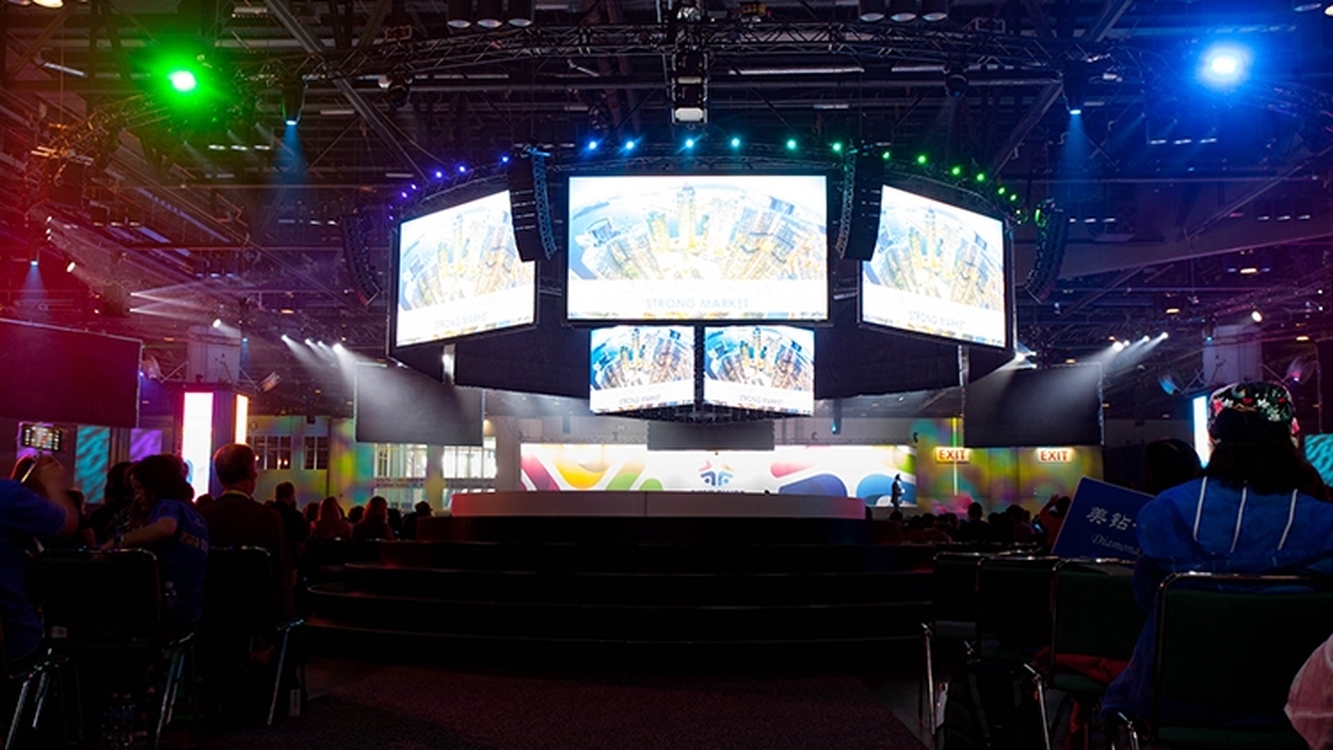 Orlando, FL––Alford Media recently provided audio, video and lighting for a dynamic marketing event with 16,000 people in the round at the Orange County Convention Center.

Faced with the challenge of providing consistent coverage and superior audio quality despite the venue's acoustic shortcomings, Alford designed an innovative audio solution consisting of Martin Audio MLA Compact and Mini hangs deployed in concentric circles around the stage.

As Alford's FOH Engineer Jonathan Lieurance explains, 'This was a high-energy multi level marketing show that featured presenters, bands and other entertainment both on stage and 60-foot catwalks and ramps out into the audience with people running around, driving cars up to the stage and doing all kinds of crazy stuff. There was a turntable center stage where the cars, which were giveaway prizes, rotated.

'The ceiling heights in the Convention Center were lower than in a typical arena,' Jonathan continues, 'which necessitated an alternative to typically larger hangs. So we came up with 8 hangs of 9 MLA Compact boxes placed equidistantly around the stage. Beyond that, we rigged a delay line concentric ring with 16 hangs of 8 MLA Mini boxes on a very long circle truss to reach the outer areas of the room and fill holes created by the venue's concrete pillars and the event's display screens.

'It was about 140 feet from the Mains to the delay rings, and the MLA Mini were firing another 110 feet beyond that for a total of 250 feet to the walls. We also implemented a combination of 32 Martin Audio DSX and MLX subs that were evenly spaced around the stage in two rings to provide even low-end coverage and solid punch in every seat without overwhelming the people on stage.

'We had just taken ownership of eight Martin Audio CDD-LIVE 12 boxes that were used for stage fill along with 12 DD6 for front fill. I'd never heard the CDD-LIVE 12 Live boxes before and they worked out great for covering the 60-foot diameter stage in terms of clarity, definition and smoothness.'

According to Jonathan, Alford designed the system by using what was available in terms of hang points and putting data into Martin Audio's Display® software 'to see what we could do in terms of rigging the best solution. It actually worked out really well, providing very even coverage throughout the space with minimal slapback off the concrete walls. The coverage was totally even throughout the seating area from front to back and side-to-side with smooth, consistent low-end as well.'

Asked about the response to MLA, Jonathan concludes, 'The client was thrilled even though the event was held during Hurricane Matthew and we had no rehearsal day for the show. They had DJs, vocal groups, drums and DJs, and we were able to push out some very good levels and dynamics with the system.

'MLA's control capability really helped in making the show sound like it was in an intimate performance space, not a big hall. It allowed us to maximize the audio where it needed to be and minimize the splash and echo from what was essentially a concrete bunker.

'Finally, the audio sounded fantastic and the coverage achieved matched the expectations of the design. We continue to be very pleased with our choice to invest in Martin Audio products and hope to continue expanding our inventory.'