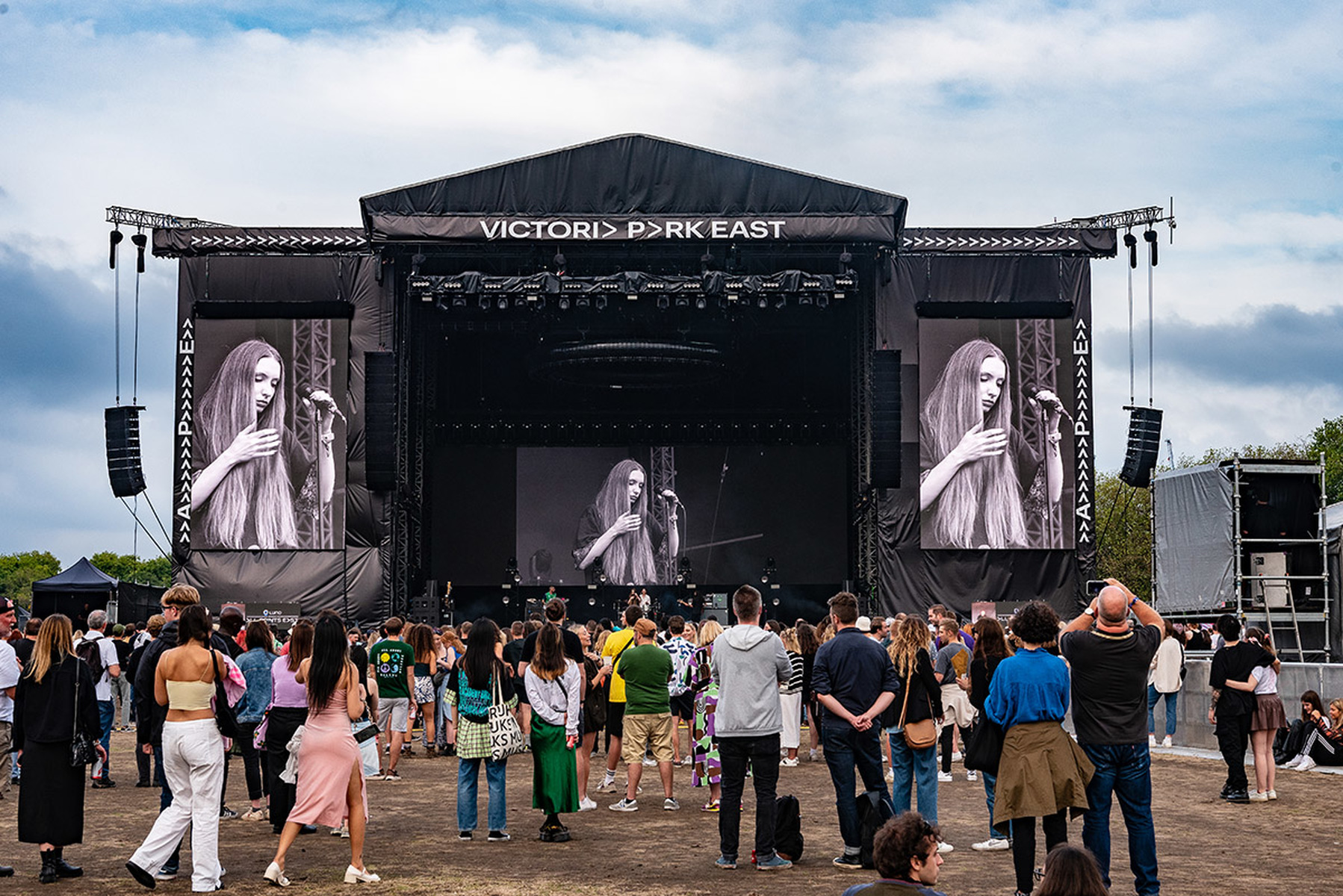 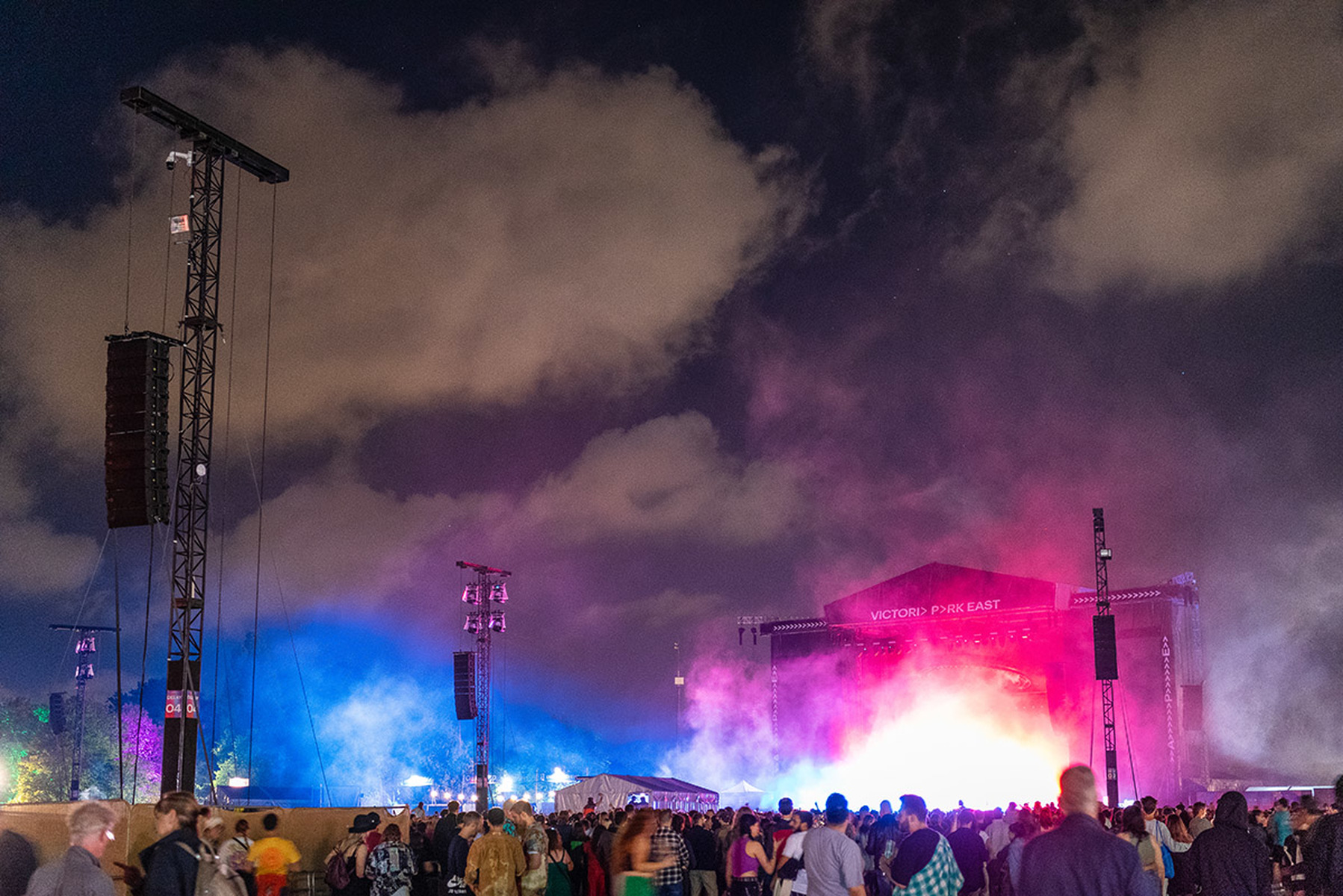 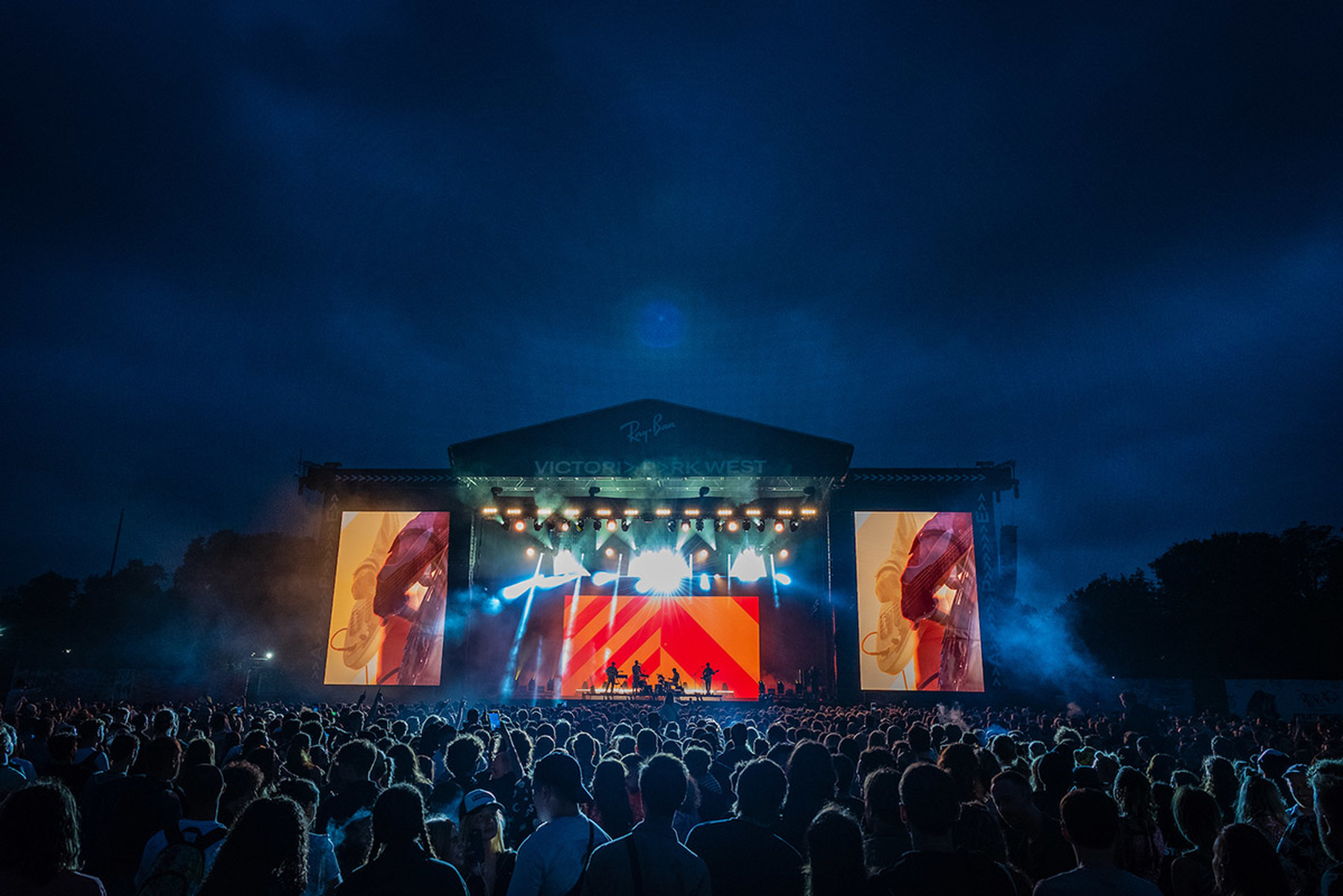 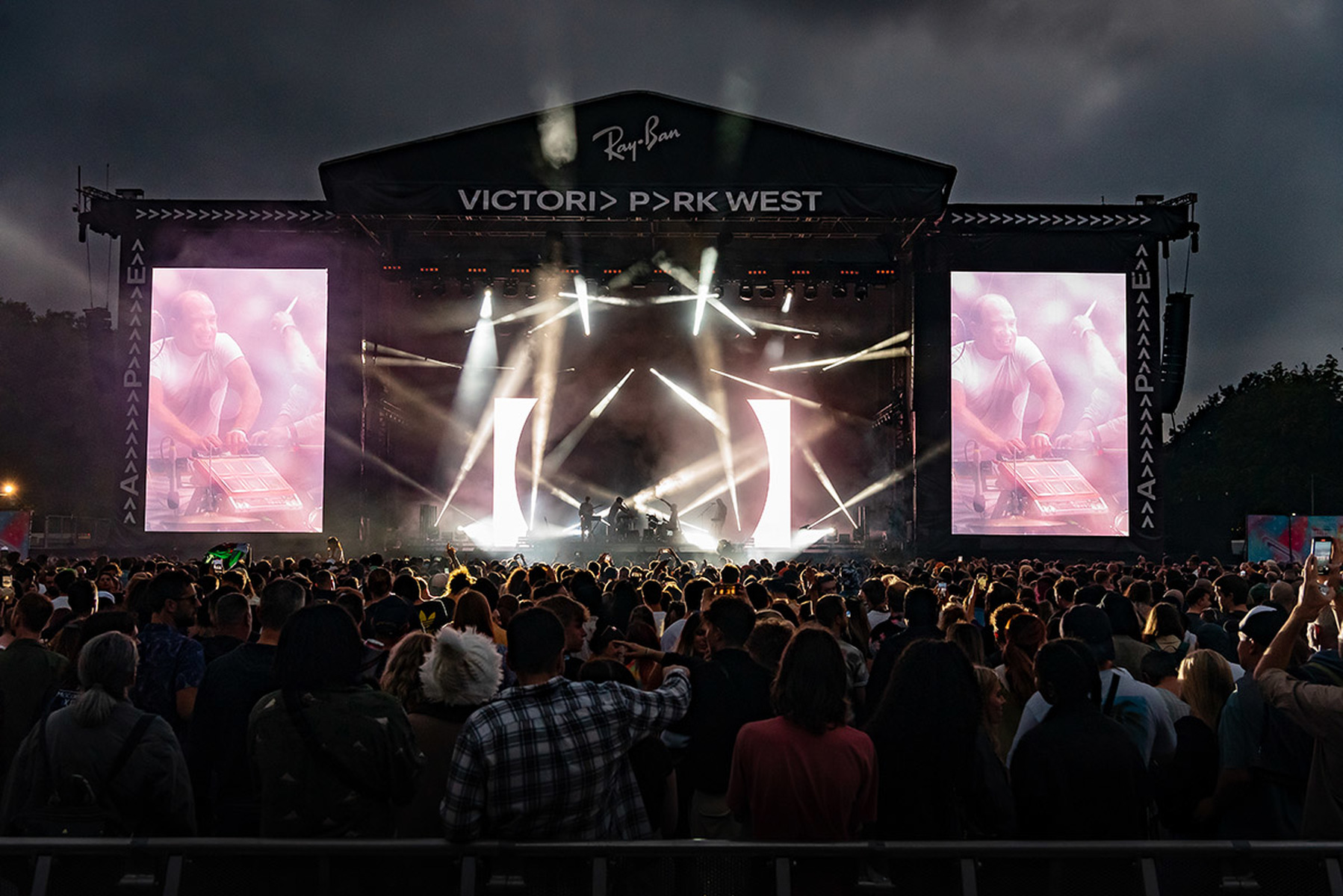 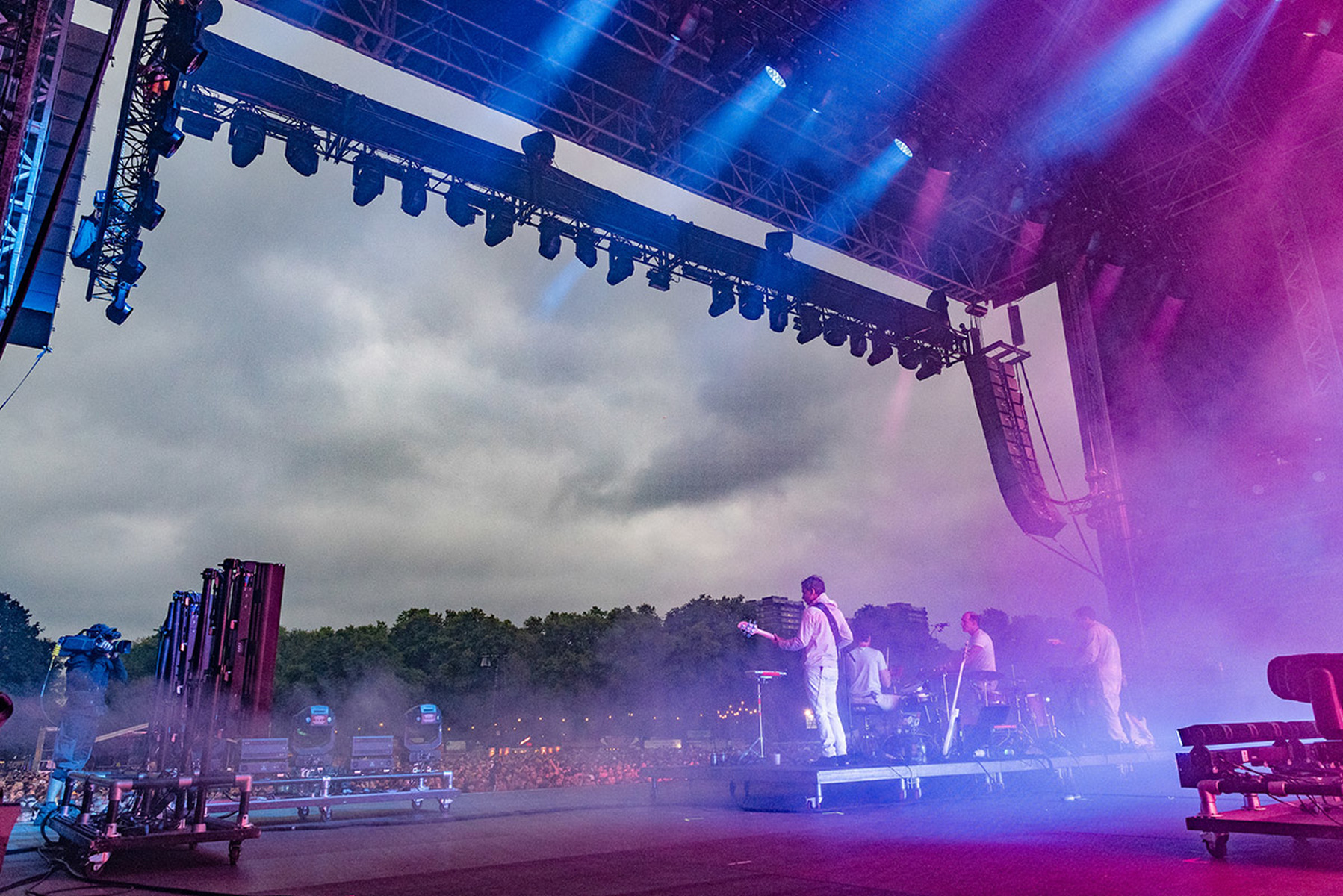 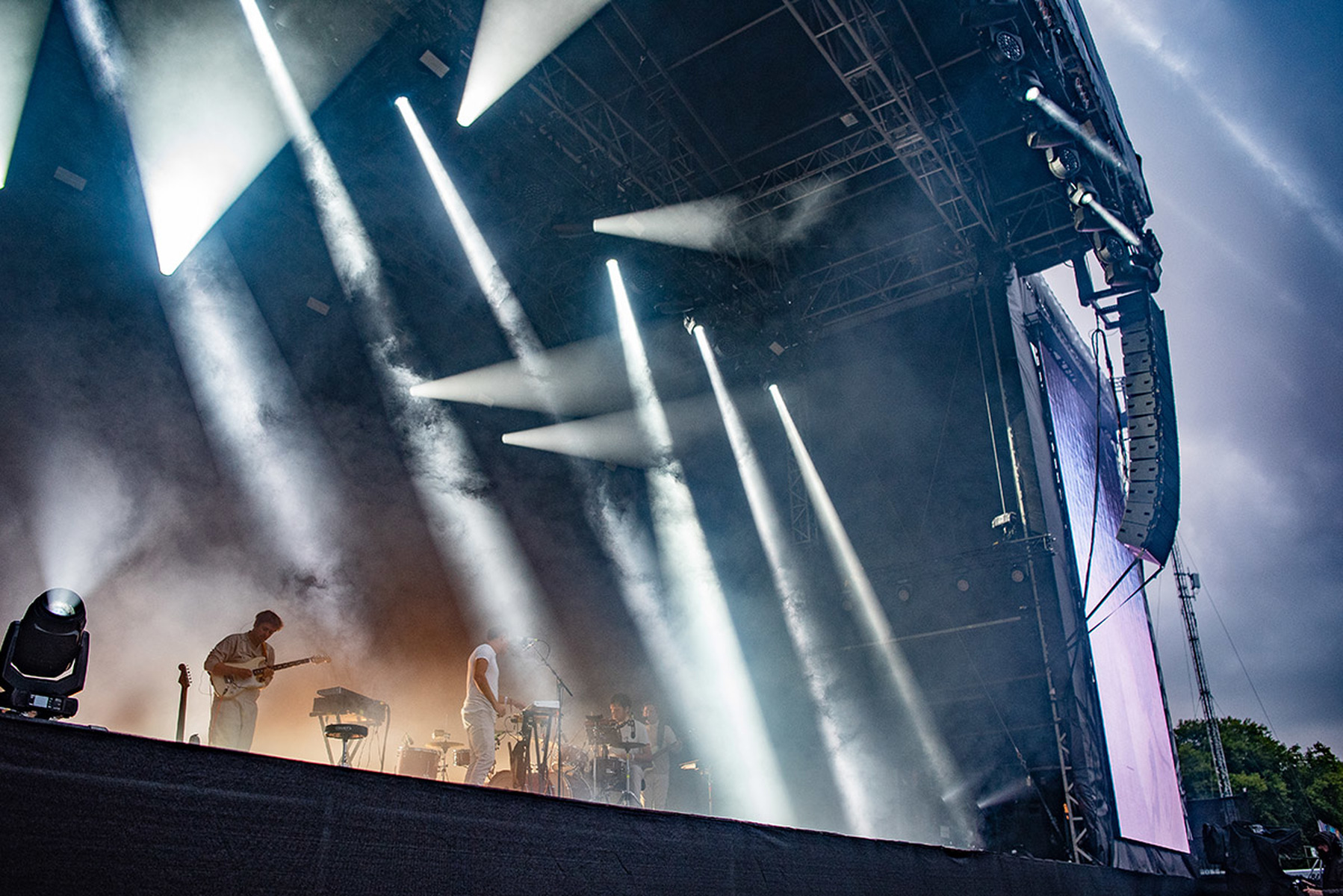 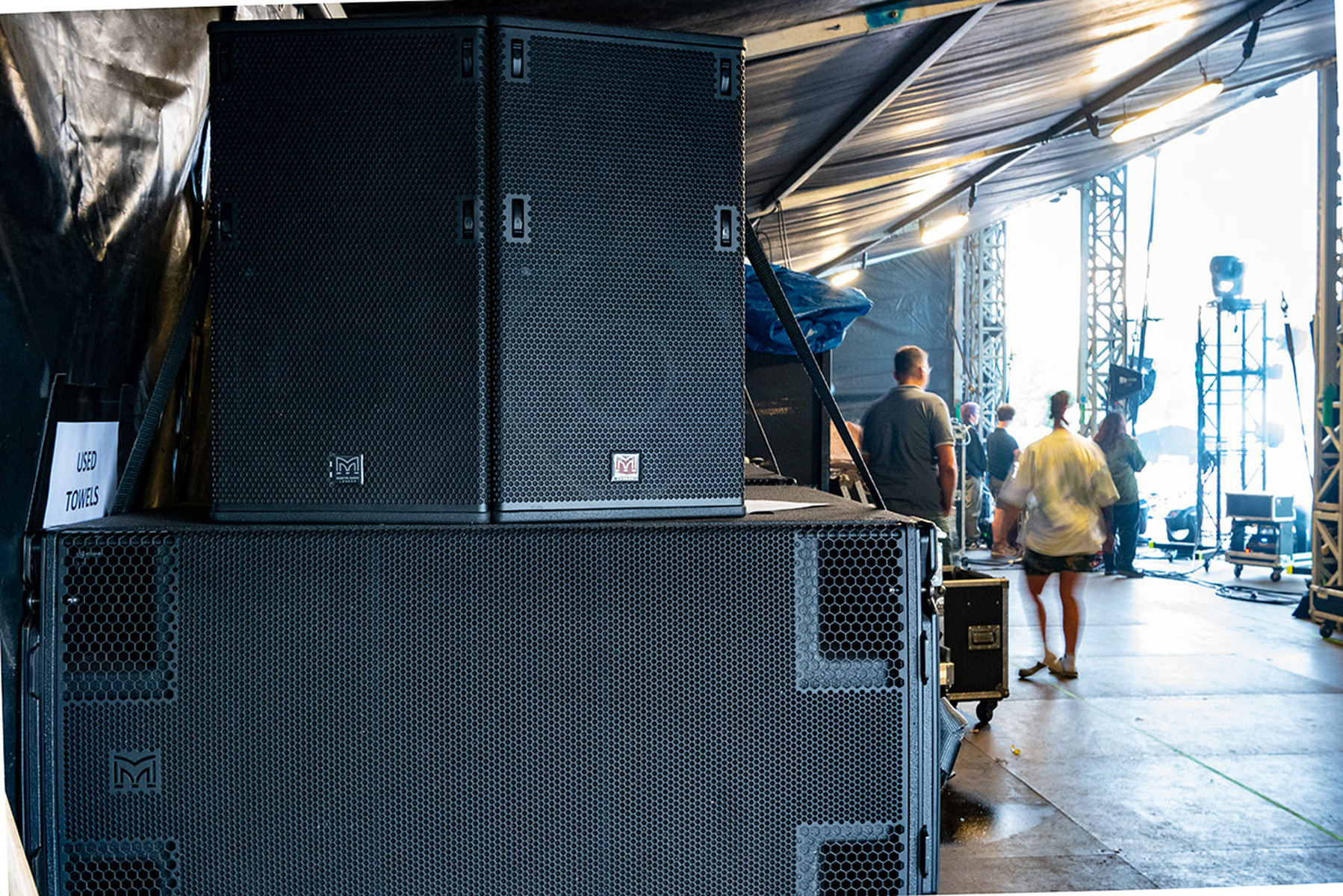 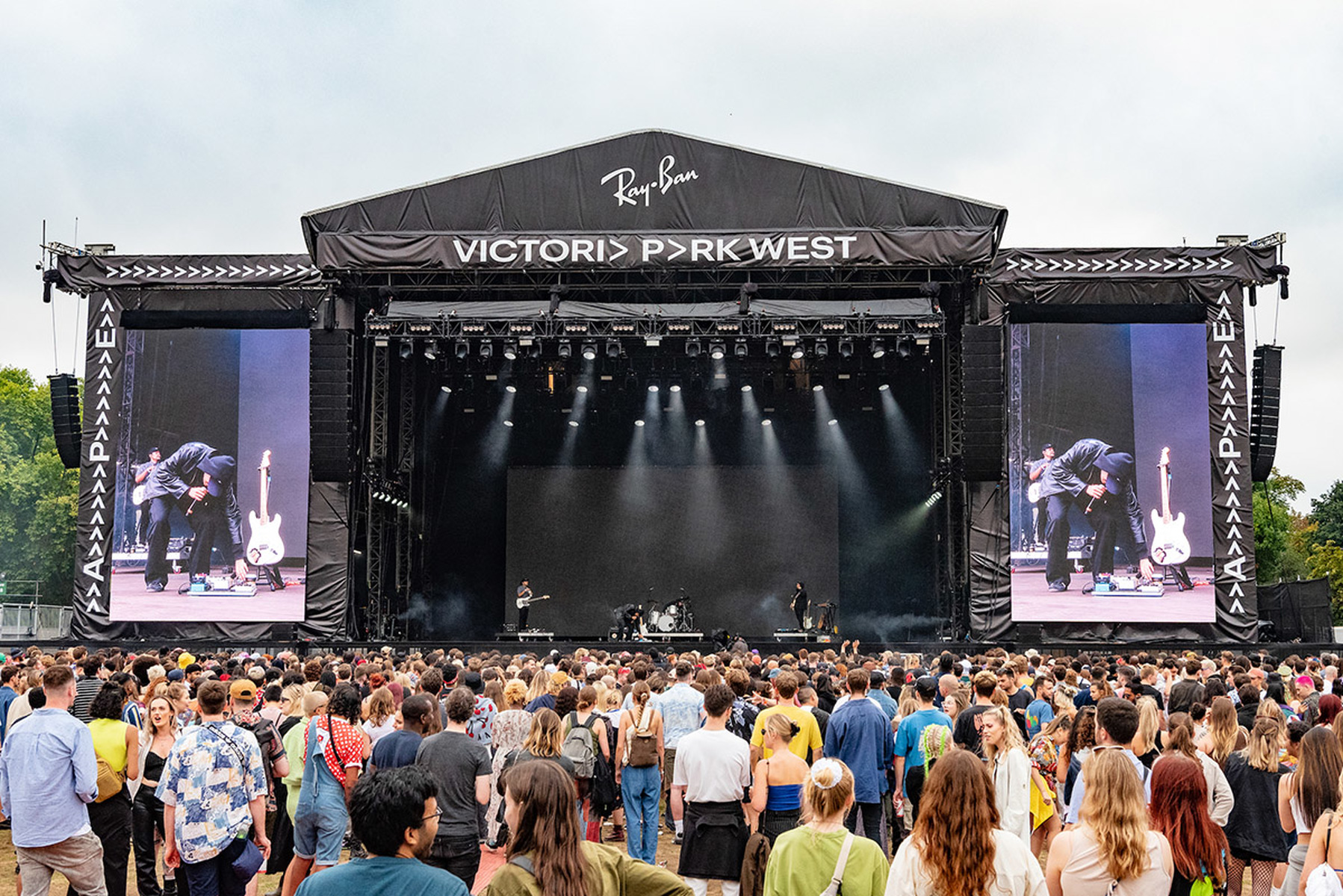 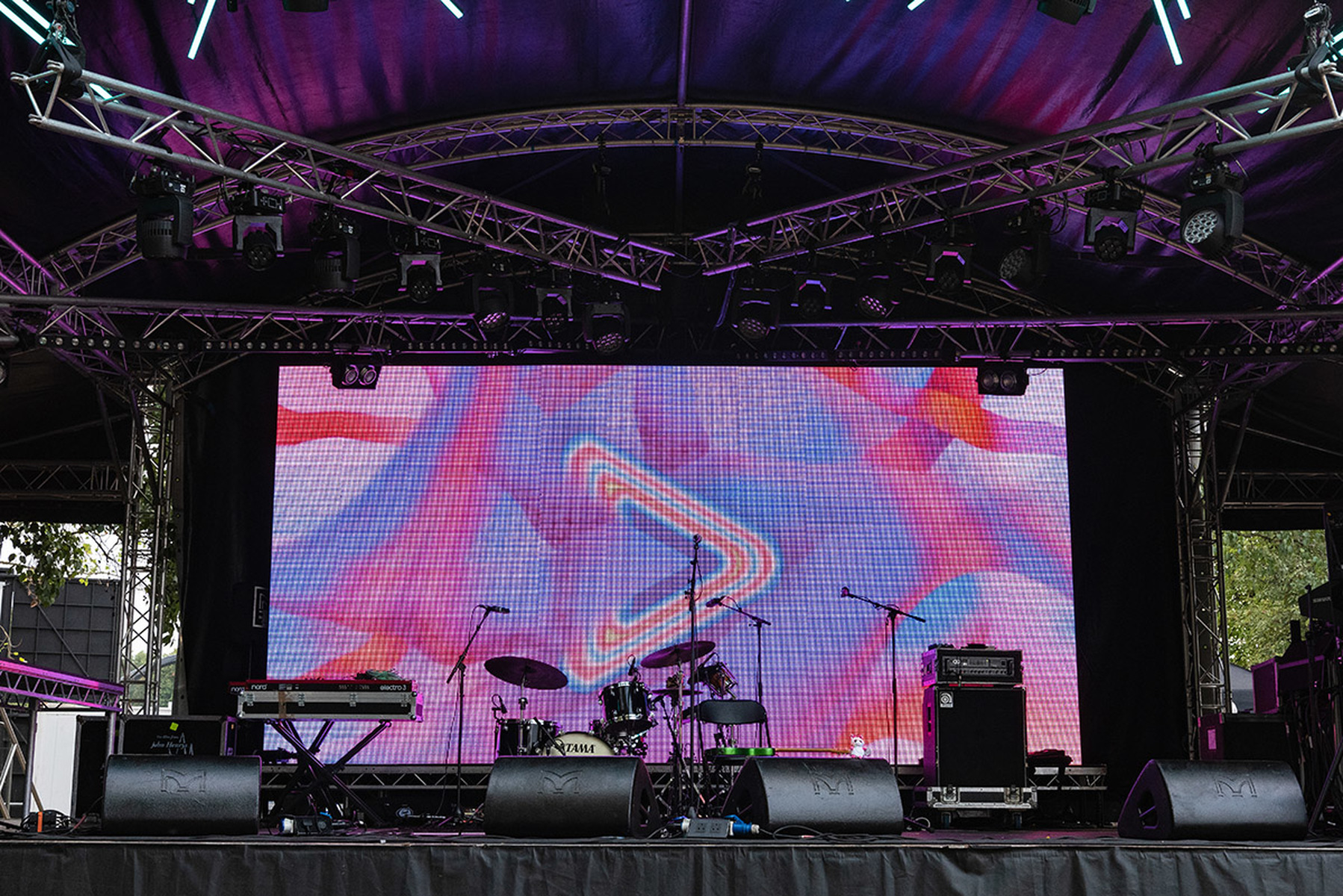 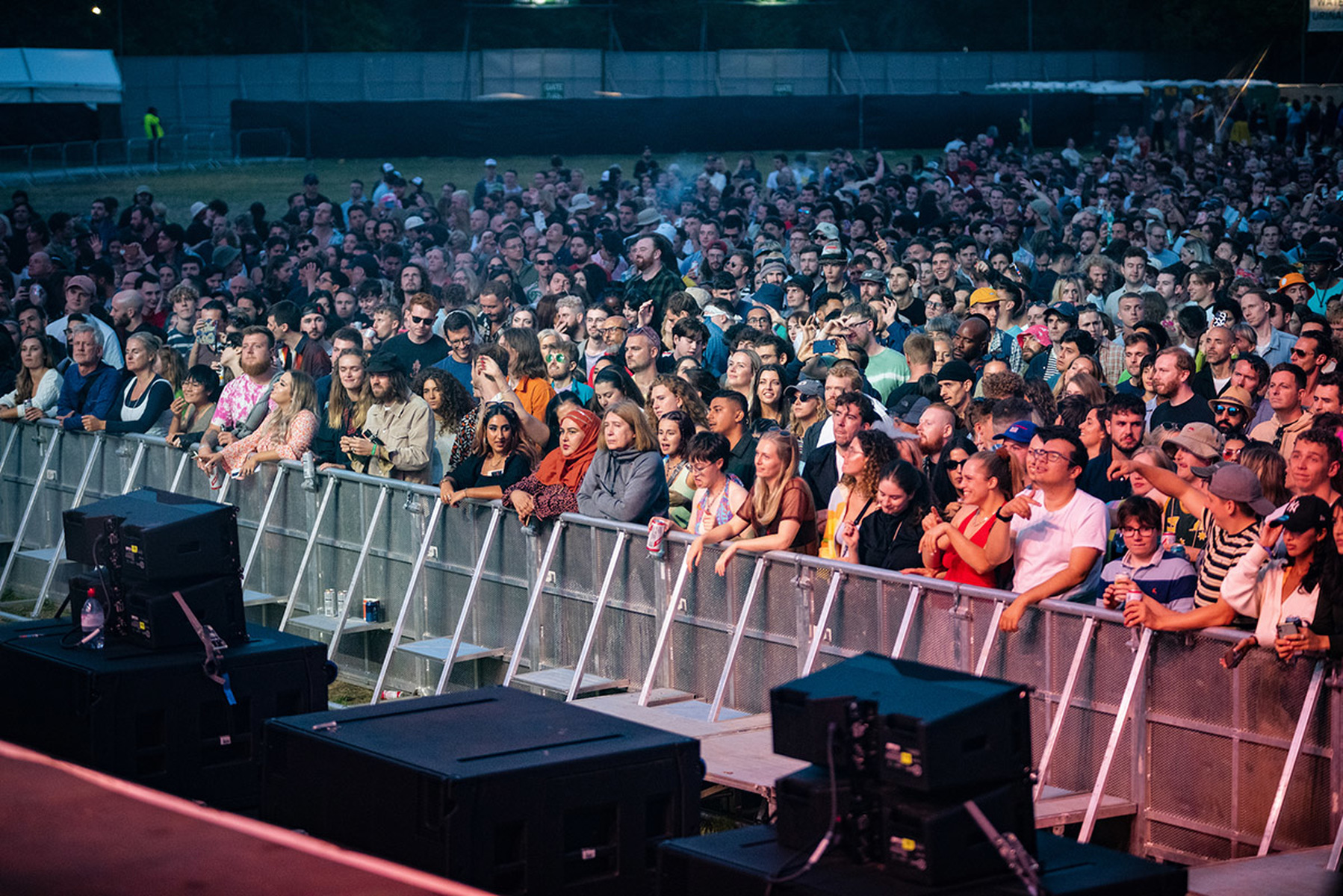 There can be few production companies more familiar with the challenges of east London’s Victoria Park site than sound specialists Capital Sound (part of the Solotech UK Group).

Often working alongside Loud Sound they have supported many of the music events and festivals at this location for more than a decade. It was here in the summer of 2011, first for Deadmau5 at the LED Festival, followed by other back-to-back events including Field Day, that they proved that even within a densely populated residential area, they could achieve enviable levels within the performance area without disturbing the neighbours.

It was at these events that Capital debuted, and established the unique controllability of Martin Audio’s award-winning MLA technology, and a further propagation test at Hatfield House duly led to its adoption at another challenging site, Hyde Park, for BST, which persists to this day.

Yet proof of concept is continuously evaluated, and this year further modelling was undertaken against another premier brand, before MLA rightly took its familiar place on the East stage in Victoria Park, at AEG Presents’ now consolidated All Points East.

It sounded great, and we could achieve this SPL, without breaching offsite levels.

Solotech senior project manager Martin Connolly confirmed that, under evaluation, the same measurements had been achieved as previously. “It’s good to have scientific data, but then we have proved the point over and over again with MLA.”

This year the coverage pattern was tweaked in accordance with the slight reorientation of the stage away from the sensitive flank. Meanwhile, on the West stage was Martin Audio’s newer Wavefront Precision technology, embodied in the mighty WPL.

The main hangs on East stage comprised 13 MLA and a single MLD (downfill) box per side, with side hangs of nine MLA stage right, and eight on stage left. Frontfills comprised eight Martin Audio XD12, with a castellated cardioid broadside array of 20 MLX subs along the front.

Further back, five delay points were set, populated by a total of 46 MLA Compact, with six MLX subwoofers in a cardioid design on the last two positions. Finally, stage sidefills comprised four SXHF218 subwoofers, and a pair each of Martin Audio TORUS T1215 and T1230 constant curvature boxes.

It was left to the Solotech crew, comprising system tech Dan Fathers and FOH tech Xavier d’Arifat to ensure Gorillaz, Chemical Brothers, Tame Impala, The National, Nick Cave and Disclosure, along with their respective tech crews—were given the best experience possible.

Meanwhile, headlining West Stage—situated further back on the site, and surrounded by trees—Idles enjoyed a very different audio experience, as Martin Connolly explained. “After the huge success of BST at Hyde Park where it was featured for the first time, we took the decision to run WPL [as the main PA] on the West Stage, along with WPC—and the new SXHF218 subs in a castellated cardioid array.”

Here, levels of up to 104dBa were possible, including 103dBa for Fleet Foxes and 102dBa for Caribou. “The implementation of WPL was a huge success,” summarised Connolly. “It sounded great, and we could achieve this SPL, without breaching offsite levels.”

Main hangs comprised 12 WPL per side, while side hangs consisted of 10 WPC (stage right) and 14 stage left, further augmented by eight WPS. The broadside array of subs comprised 11 SXHF218, while the two delay masts each supported 12 WPC.

As at BST, the company was working alongside experienced production manager Mark Ward (of Proper Productions). Confirming the success of the event, Ward, said “The combination of Solotech’s expertise and Martin Audio’s advanced control technology has proven time and again that challenging sites such as Victoria Park and Hyde Park, once considered almost unworkable, are entirely viable when it comes to staging proper events.”