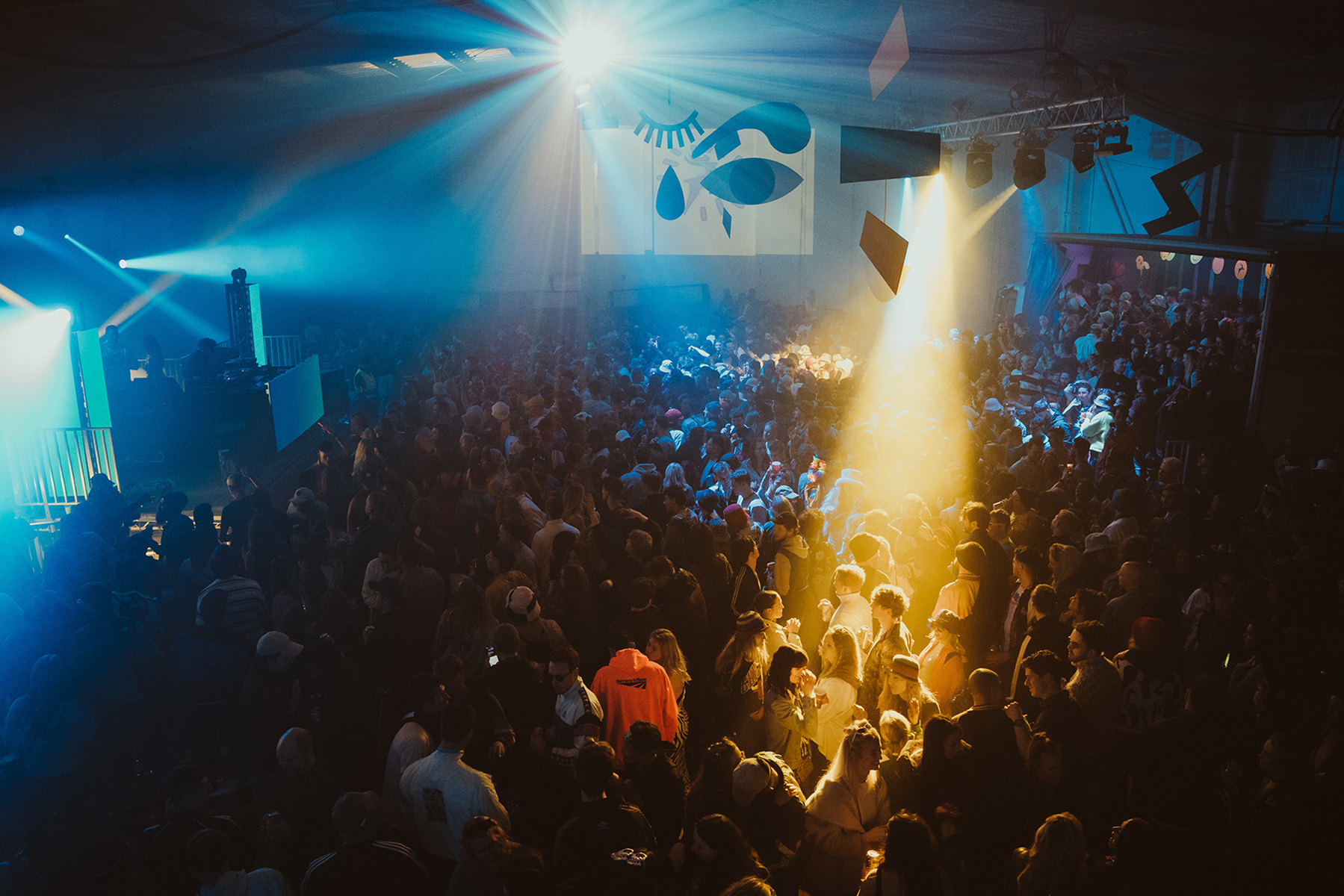 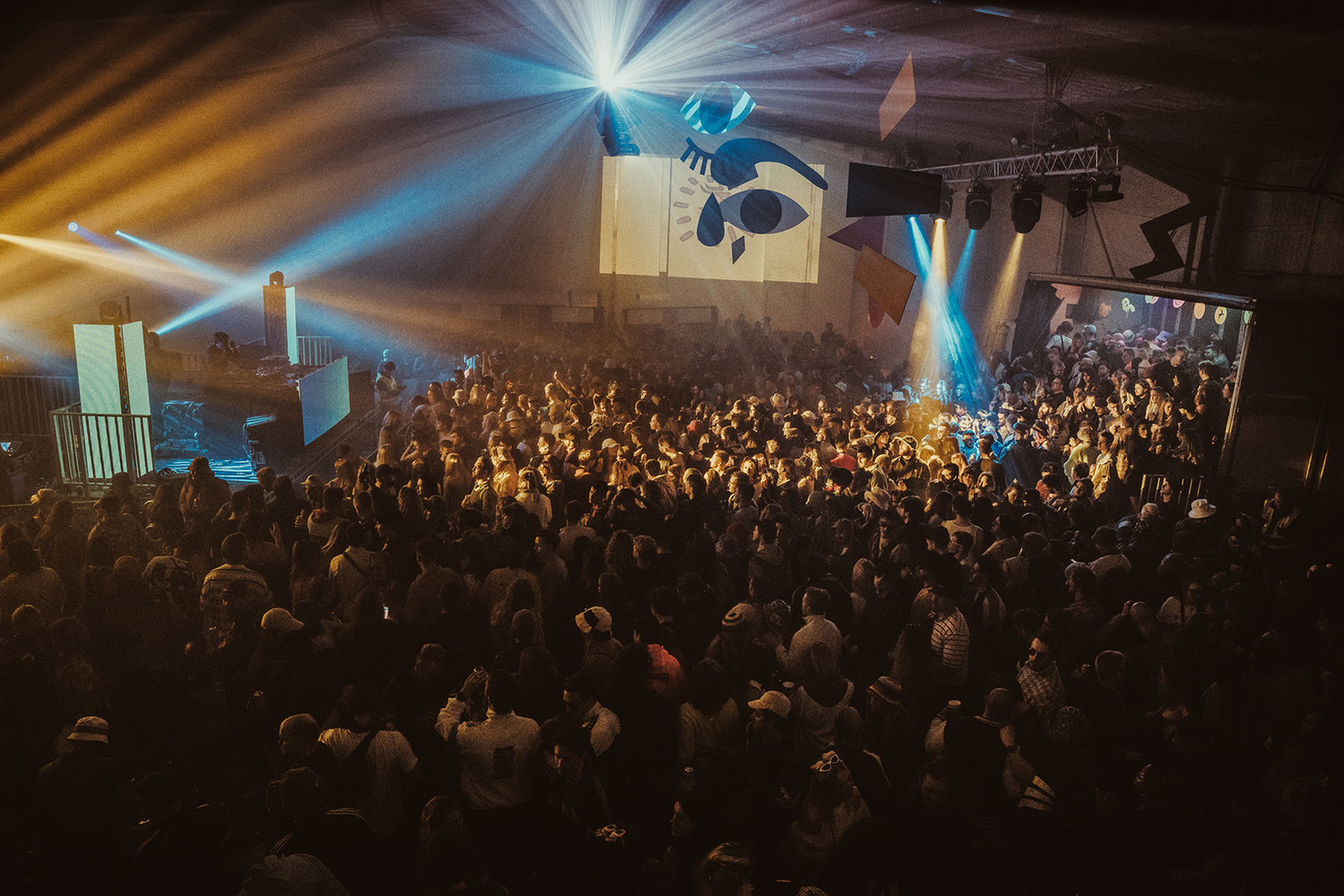 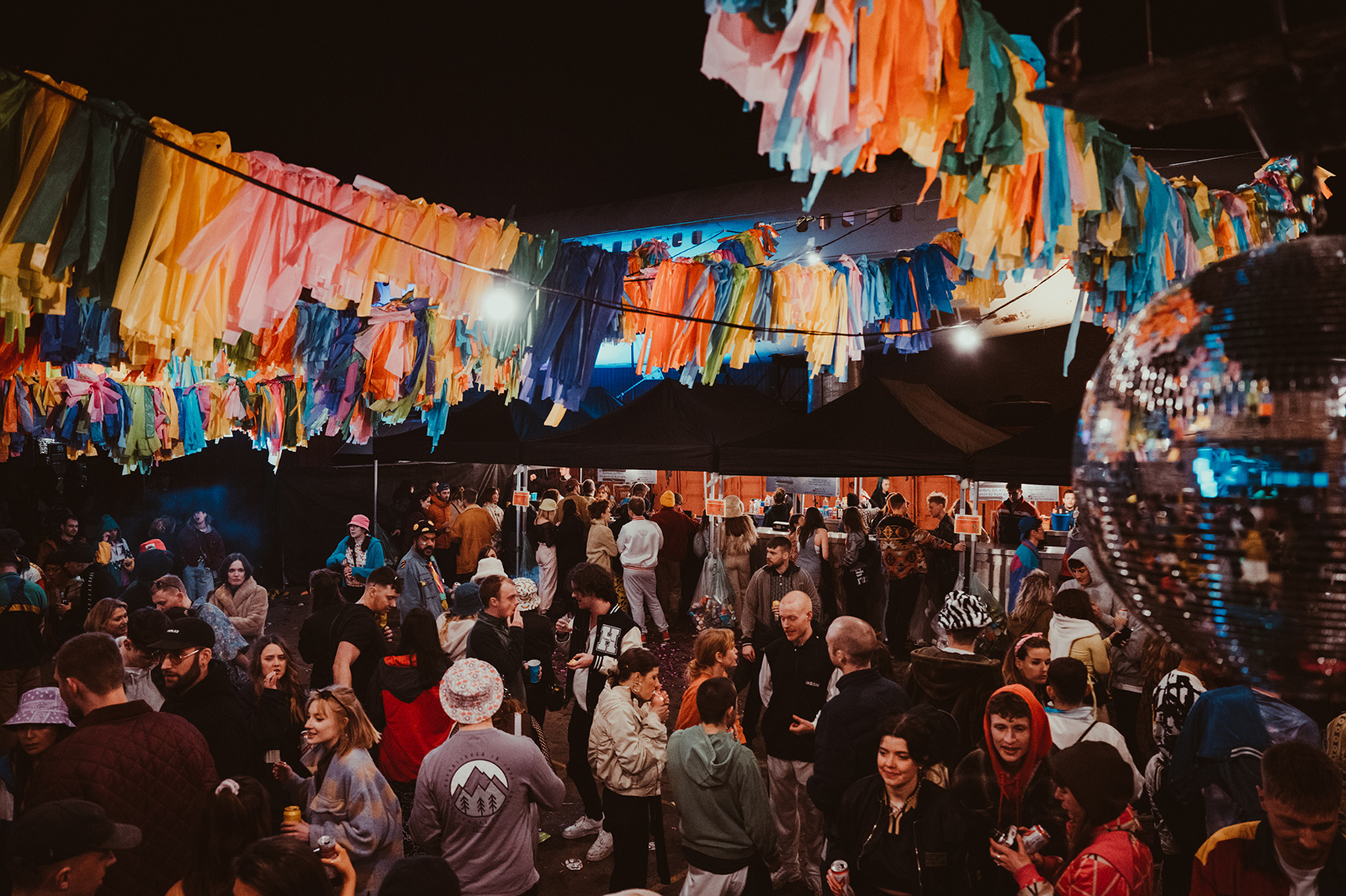 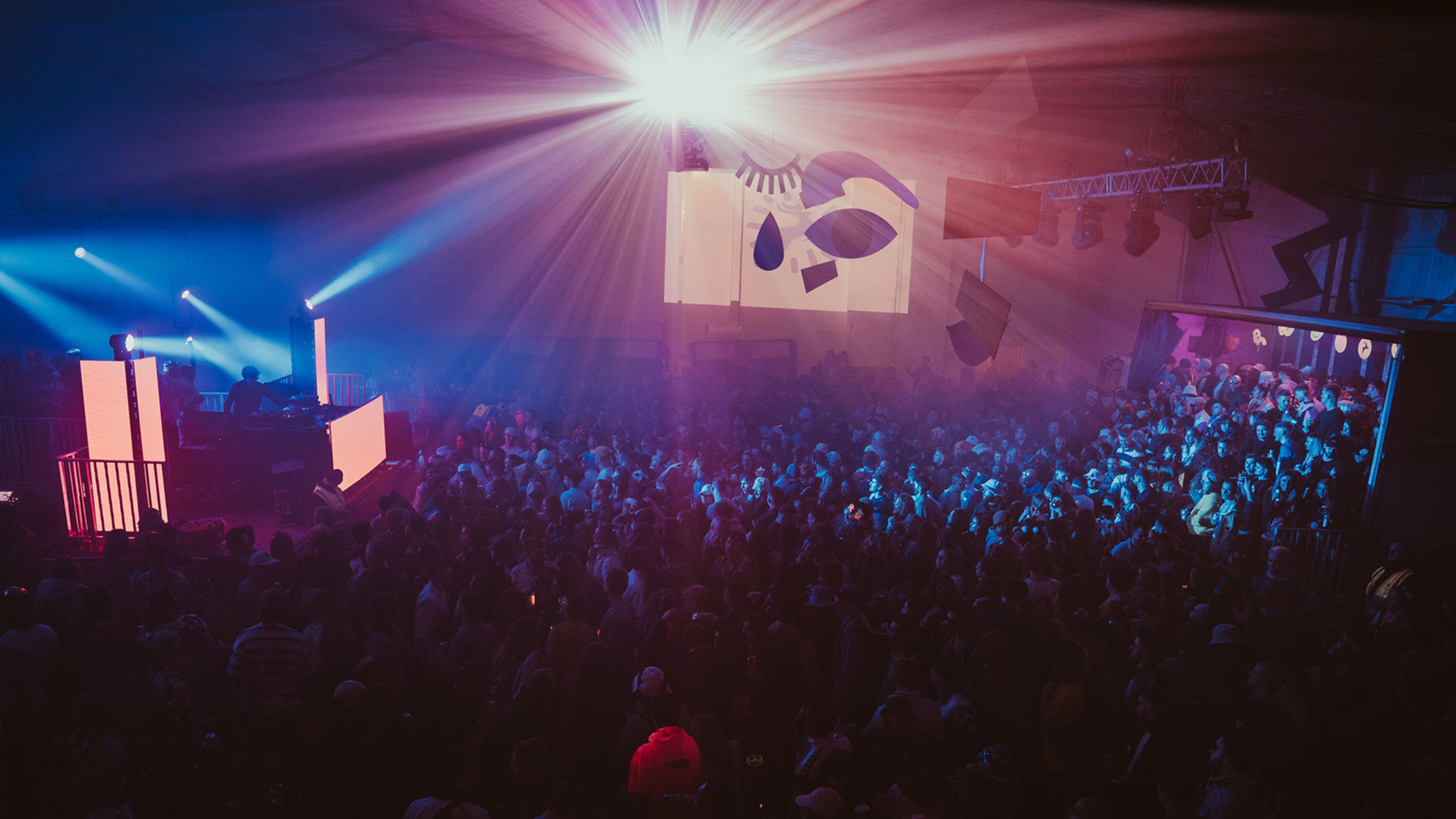 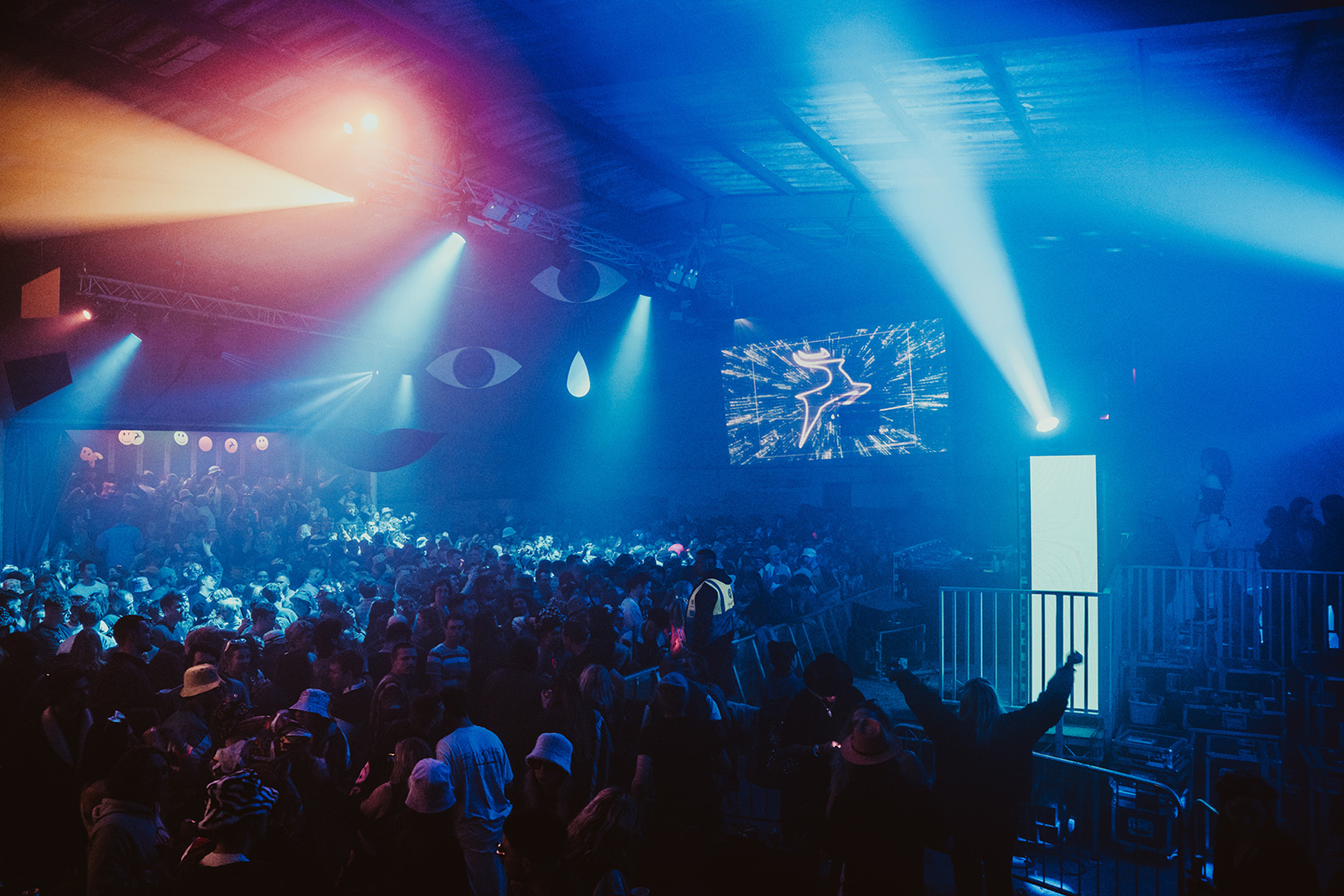 Comprising two stages, the sound needed to be carefully EQ’d to cope with the all-nighter’s early proceedings—when it was little more than an empty, echoey warehouse—to ramping up the volume once the venue was packed with around 2,150 revellers.

But then, according to Chelsea Hopkins at PYTCH, care had to be taken to avoid sound escape in a densely packed residential area. “Although the bass was powerful the sound was directional and well contained— resulting in minimal disruption for local residents,” she confirmed. This was assisted by a cardioid pattern sub array which reduced any troublesome low frequencies.

She added that PYTCH has been staging parties for Alfresco for the past five years. “We have remained the preferred provider due to our ability to set up in unusual spaces.” For this event guests could spill out the back of the warehouse into the yard and smaller warehouse, where PYTCH has an LED wall set up as part of their studio.

To satisfy the audio requirements of such a large gathering, delivered from a succession of DJs, PYTCH equipped the main stage with 12 flown Martin Audio W8LM Mini Line Array elements, underpinned with 10 WS218X subwoofers. These were all ground stacked, one array of three either side of the stage directly under the line array and four under the stage in an endfire array to fill in the low end for the middle of the room.

This design was conceived by the service company’s in-house tech team, led by a member of their wider network, George Chandler.

The smaller second stage was located in ‘The Virtual Venue’, by day a broadcast, virtual production and recording studio, which ran vinyl records alongside CDs. Here they fielded a pair of W8C Compact tops and second stack raised to listening height as well as WS218 subs.

Reflecting on the event, PYTCH sound tech Simon Gore, who mixed the main stage, remarked on the even coverage throughout the space, saying “I was really impressed at the even coverage. The Martin Audio rig responded brilliantly, delivering perfect tone with masses of headroom.” And Chelsea Hopkins added that thanks to the precautions they had taken the event was a complete success. “The sound system was fantastic and we’re not aware of any noise complaints during the event—which is fantastic.

“In fact the feedback we had from organisers and attendees was that it sounded incredible.”