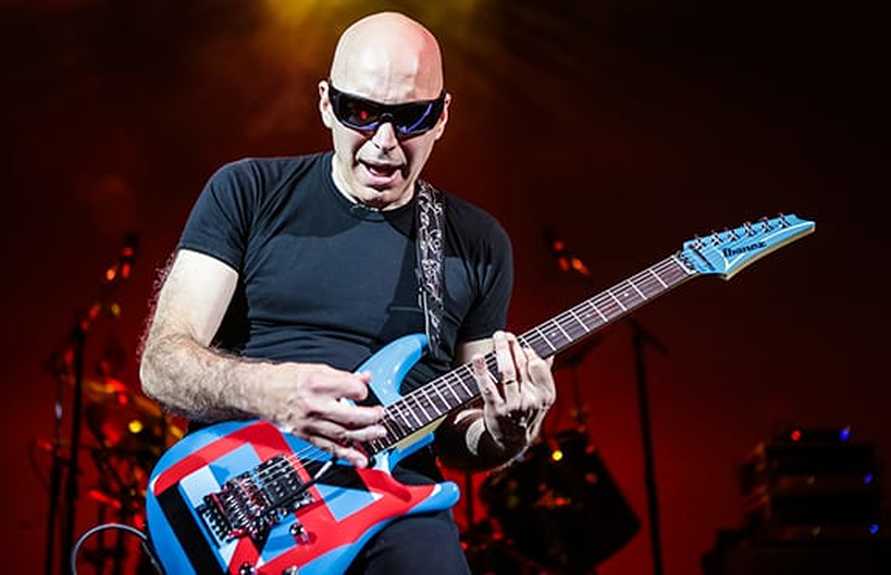 For the UK and German dates on his current world tour the international guitar legend that is Joe Satriani used a Martin Audio MLA Compact PA system for the first time.

FOH engineer Russell Giroux was introduced to the remarkable properties of the MLA through Martin Audio's US tech support specialist Jim Jorgenson. 'Jim got me out to a demo in the US and I was really impressed by what I heard' said Russ. 'I jumped at the chance to use the system through Capital Sound for the UK dates and the results have been stunning.'

Russ was supported on the UK leg by Toby Donovan acting as Capital Sound's system tech for the tour. 'We were carrying 12 MLA Compacts per side flown off of a single point per side. Where rigging points were restricted the array was light enough that we were able to share the front truss with lighting so we could get the rig up even in difficult venues. The system has been great and a real problem solver for us, no matter how awkward the venue we've had the same great results over and over again even in the smallest shows where we ground stacked. For a system tech this is the perfect system as it gives you exactly what you ask of it every day.'

Commenting on his first experience using the MLA Compact Russ was extremely enthusiastic. 'This show is all about clarity and power and this rig has it all. The way the system has adapted to each different venue and kept a great tonal balance for me is very cool. I had no doubt about putting this system at the top of my rider and getting it straight in for the German dates.'

Those German dates from 20th June to 2nd July 2013 used a matching MLA Compact system from the Berlin based Complete Audio. With system tech Thomas Birnaum looking after the show Russ experienced the consistency offered by having matching systems around the world. 'The results we got in Germany were every bit as impressive as in the UK' stated Russ.

Joe Satriani's tour continues throughout 2013 bringing his unique music skills to audiences across the globe.