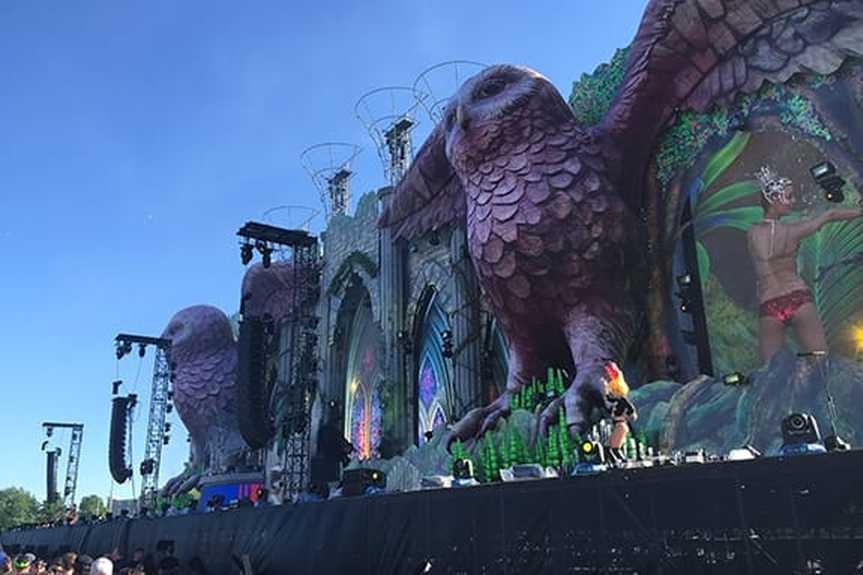 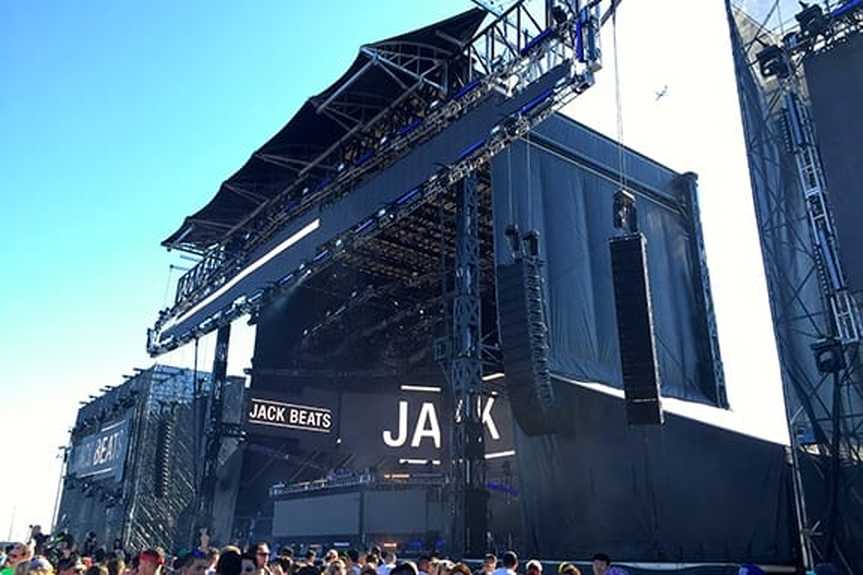 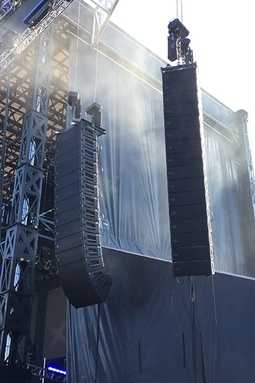 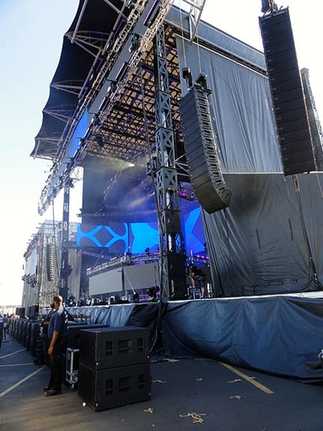 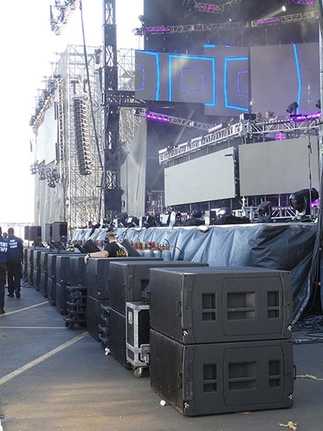 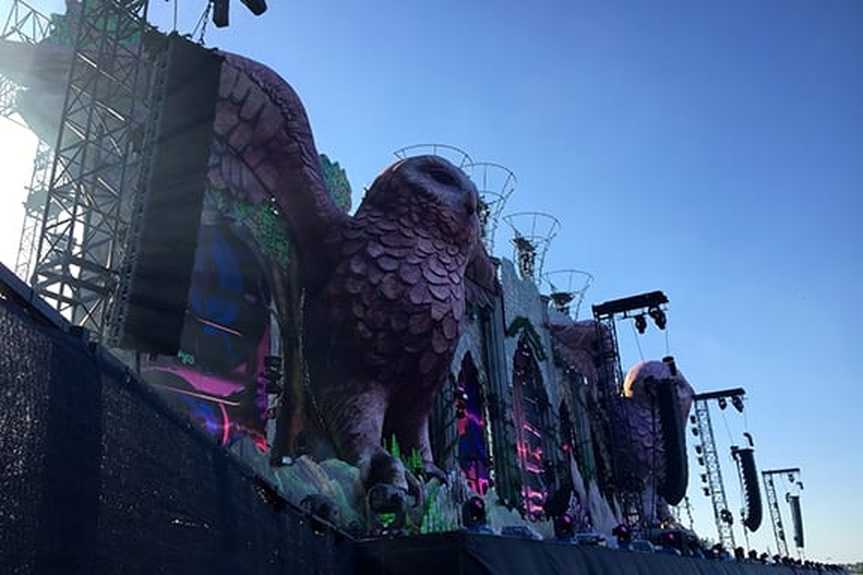 Martin Audio MLA systems were deployed by 3G Productions on the Main Stage (KineticField) and Stage Two (Circuit Grounds) at the Electric Daisy Carnival NY festival to provide consistent coverage front to back and exceptional audio quality to a sea of energetic fans.

Held outside MetLife Stadium in Rutherford, NJ, the fourth EDC NY festival drew an estimated 100,000 fans over two days, appealing primarily to an ultra-high energy, rave-oriented crowd moving nonstop to the rhythms and beats of trance, dubstep, hardstyle, house, hip-hop and new combinations of each.

In order to deliver maximum power, high end extension and low end impact on site, each MLA system consisted of 12 MLA and 2 MLD enclosures per side for the main hang; 16 MLA Compact per side for outfills; 32 MLX subwoofers across the front of the stage in a virtual sub arc and two delays of 4 MLA and 3 MLX each.

As with most festivals around the world, there are multiple opportunities for the right sound system to deliver a premium experience.

Asked why MLA was used for both the main and second stage, Event Supervisor and system designer Julio Valdez said, '3G chose MLA because we've been having great success in both quality and control of sound. With MLA we are able to minimize sound spill between stages and ensure even coverage to every member of the audience which means the audience get the experience they deserve. Equally MLA can also provide exceptional control for sound beyond the audience perimeter and given the proximity to neighborhoods in this instance, it was an important factor too. Ultimately, our client, Insomniac, want the best of worlds:  the best audio for the audience with minimal impact to surrounding areas.'

According to Julio, 'FOH engineers and artists were impressed by MLA's sonic impact and sound quality, while the client was very happy with the tonal quality and coverage of the PA, plus the fact that we effectively protected noise overspill into surrounding areas. Stage One metered at 103dB on site but the local neighborhood was seeing less than 65dB and they even received a call from the Mayor who was excited about the show and the fact that they cooperated with the town about keeping within the noise ordinances.'

With a 3G crew that included eight FOH, System and Monitor techs, 3G handled three of four stages with typical professionalism and composure despite the mania surrounding both stages for the event.

Summing up EDC NY, Julio concludes, 'I'm really excited about what we achieved. The audience had a crazy, wild time, artists and FOH engineers really enjoyed their sets and we were able to contain sound within the audience perimeters. This is what MLA delivers for us and our clients.'