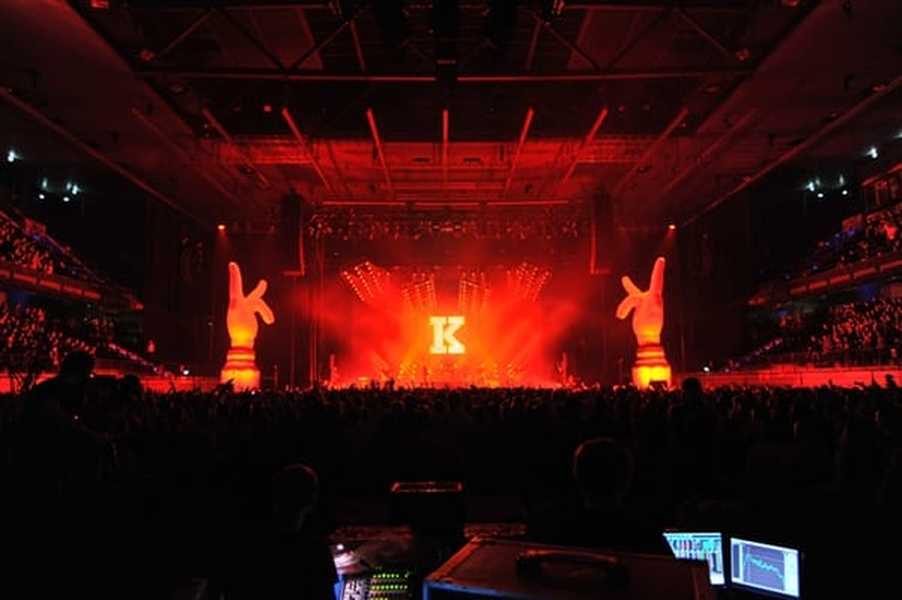 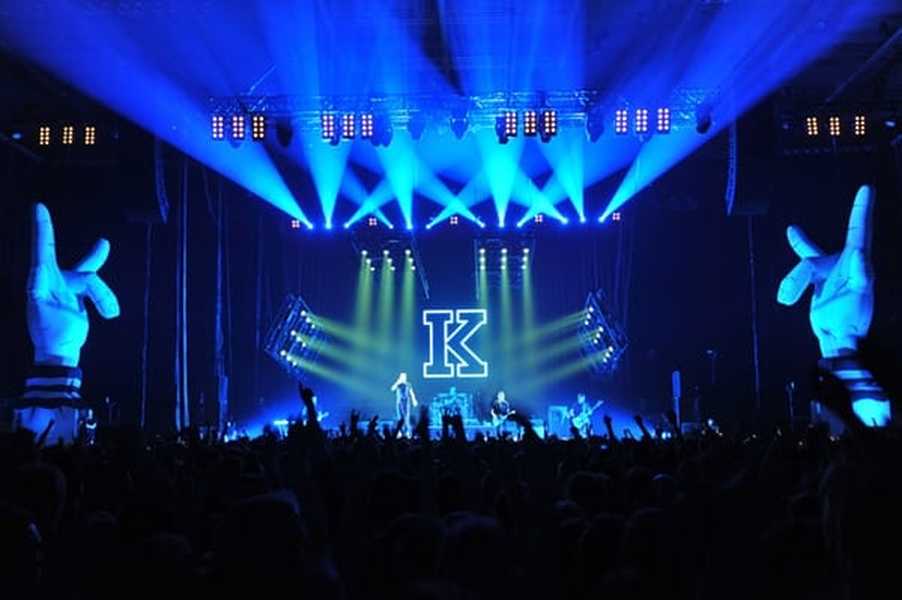 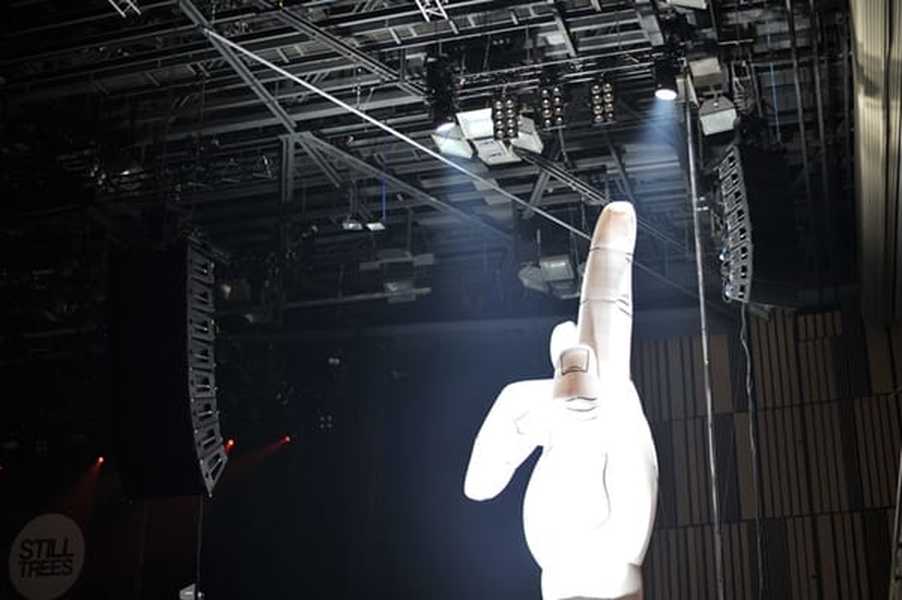 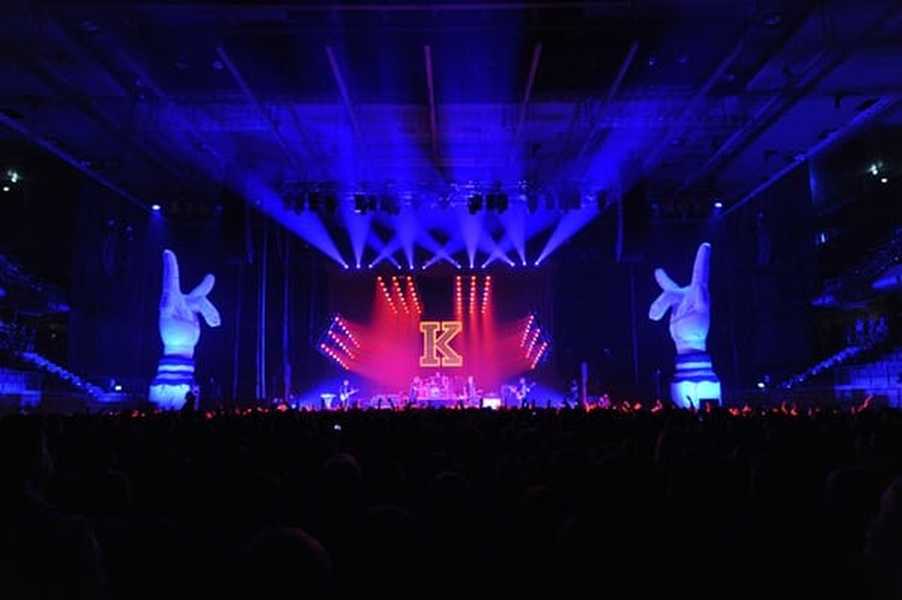 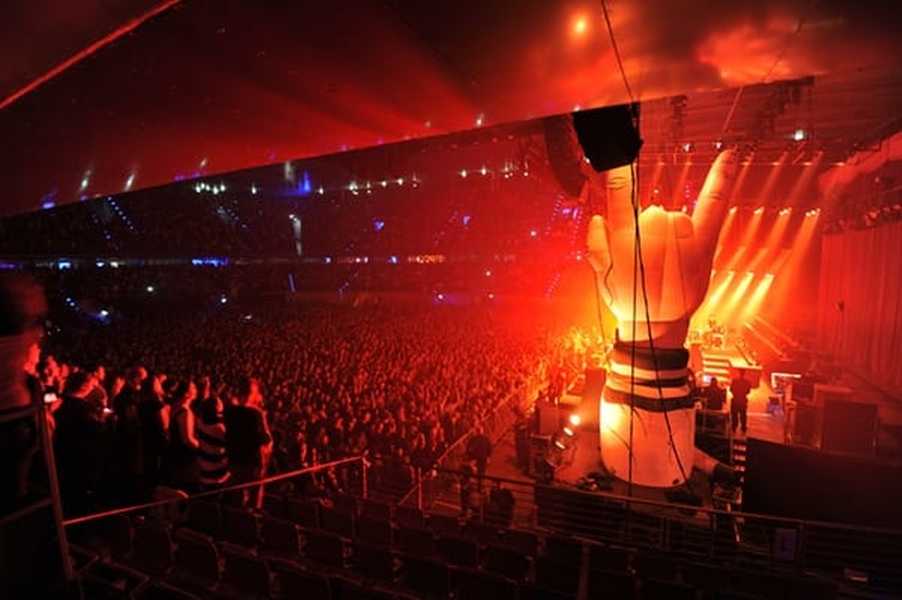 Berlin-based technical service provider Complete Audio has been touring with five piece Chemnitz band Kraftklub since February. At the centre of the PA system is the rental company's breakthrough Multi-cellular Loudspeaker Array (MLA) from Martin Audio.

The In Schwarz Tour 2015 was launched initially in Austria and Switzerland, building up to 5,000-12,000 capacity venues in Germany by the end of March. Comments from the band and the audience, coupled with posts on social networking sites, indicate that the tour has already been a great success and acoustically has left no wish unfulfilled.

Kraftklub has followed the platinum-selling album Mit K and successful club tour with the In Schwarz second album - which sets a new milestone in the young band's career. The blend of indie beats, punk rock and rap with the thoughtful German lyrics has attracted fans across all genres.

Therefore, it was important for the production to reproduce the high-energy performance, and Complete Audio MD André Rauhut knew these requirements were best served by the Martin Audio MLA. His objective was to use a scalable sound system that would fit all venue sizes.

Nils Uhthoff, Complete Audio's system engineer, explains the concept: "For the action-packed show and the powerful sound of Kraftklub we are using a 20-box Martin Audio MLA system and four MLD Downfills, which are an important part of the MLA system.' The two downfills, which are hung at the base, increase the efficiency of the entire multi-cellular array set-up because they can provide up to 15m throw in the region of the first rows.

Providing LF extension are 14 Martin Audio MLX subs. Any delay positions and necessary outfills are handled by up to a further 20 MLA Compact elements with an easy and barely audible transition to achieve perfect EQ optimisation.

'With the Martin Audio DISPLAY 2 software, I can change the angle of the PA in each venue as necessary, to achieve the best audio for the audience,' continues Uhthoff. 'The software supports me perfectly in every hall calculation. At Complete Audio we have challenged ourselves on this tour to ensure every note is right - and the Martin Audio MLA technology fulfils that goal perfectly."

Furthermore, Nils Uhthoff states: "Those who know Kraftklub's music regonise that the guys are rocking the venue from the start with full-on sound.

FOH engineer Nico Lindner mixes the sound on two Midas Pro 2 consoles ensuring the lyrics are heard despite the feverish noise and singing of the audience. The second mixing desk is in a support capacity, for use as necessary, because in the past many a beer mug has strayed in the FOH area!"

Uhthoff and PA colleagues, Thomas Birnbaum and Martin Eckert, have made a detailed plan of how the PA components can be removed as quickly as possibly after the show.

In order save time and have a stable transport device for the MLA frames, a special case has been developed with Complete Audio, containing either two MLA frames or a mix of one and an MLA Compact frame. Particularly in large halls where the Martin Audio MLA Compact is used as an outfill array, this solution proves to be particularly effective. 'This prevents uneven load distribution, which makes a half-empty case tilt and tip when travelling over longer distances.