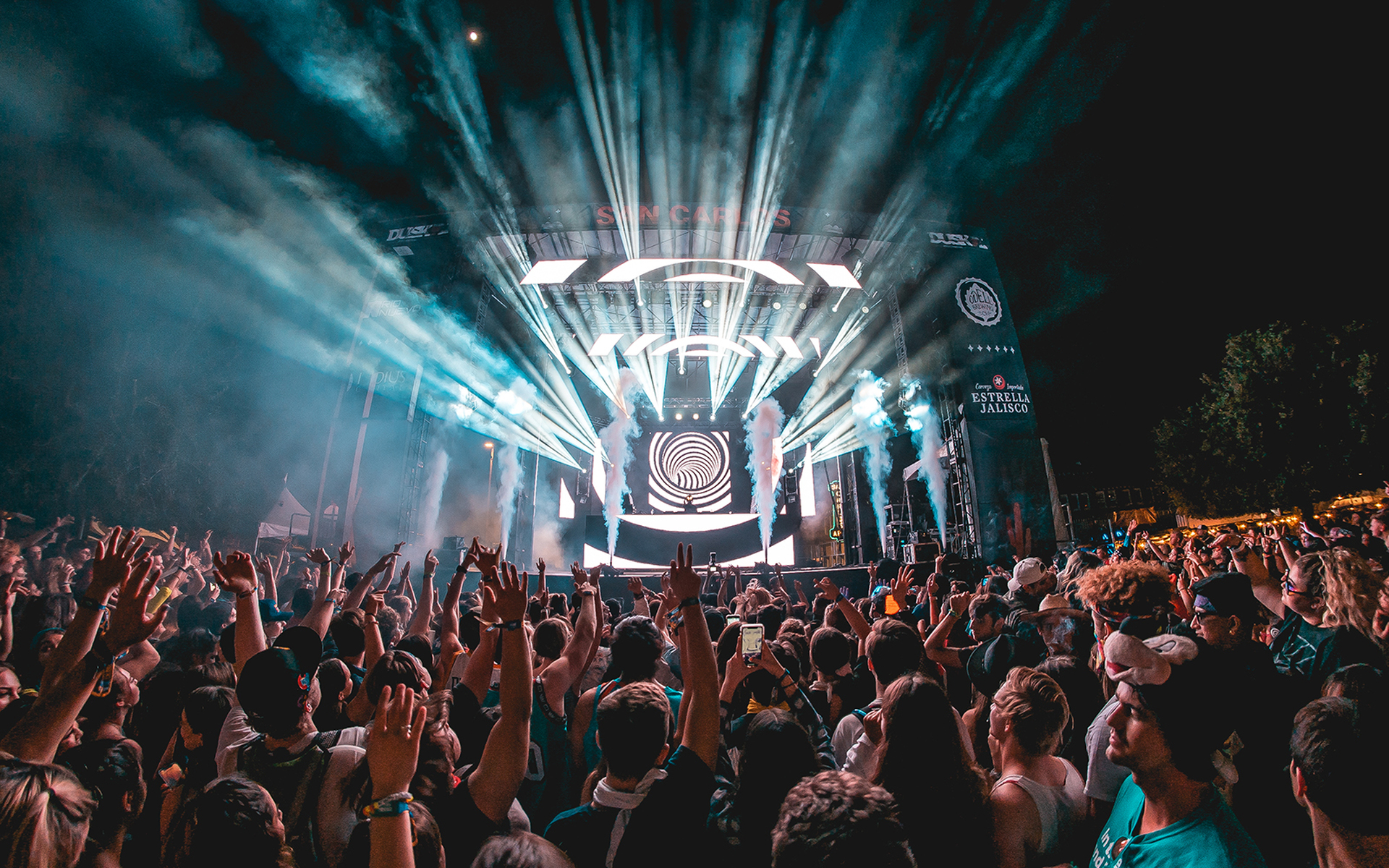 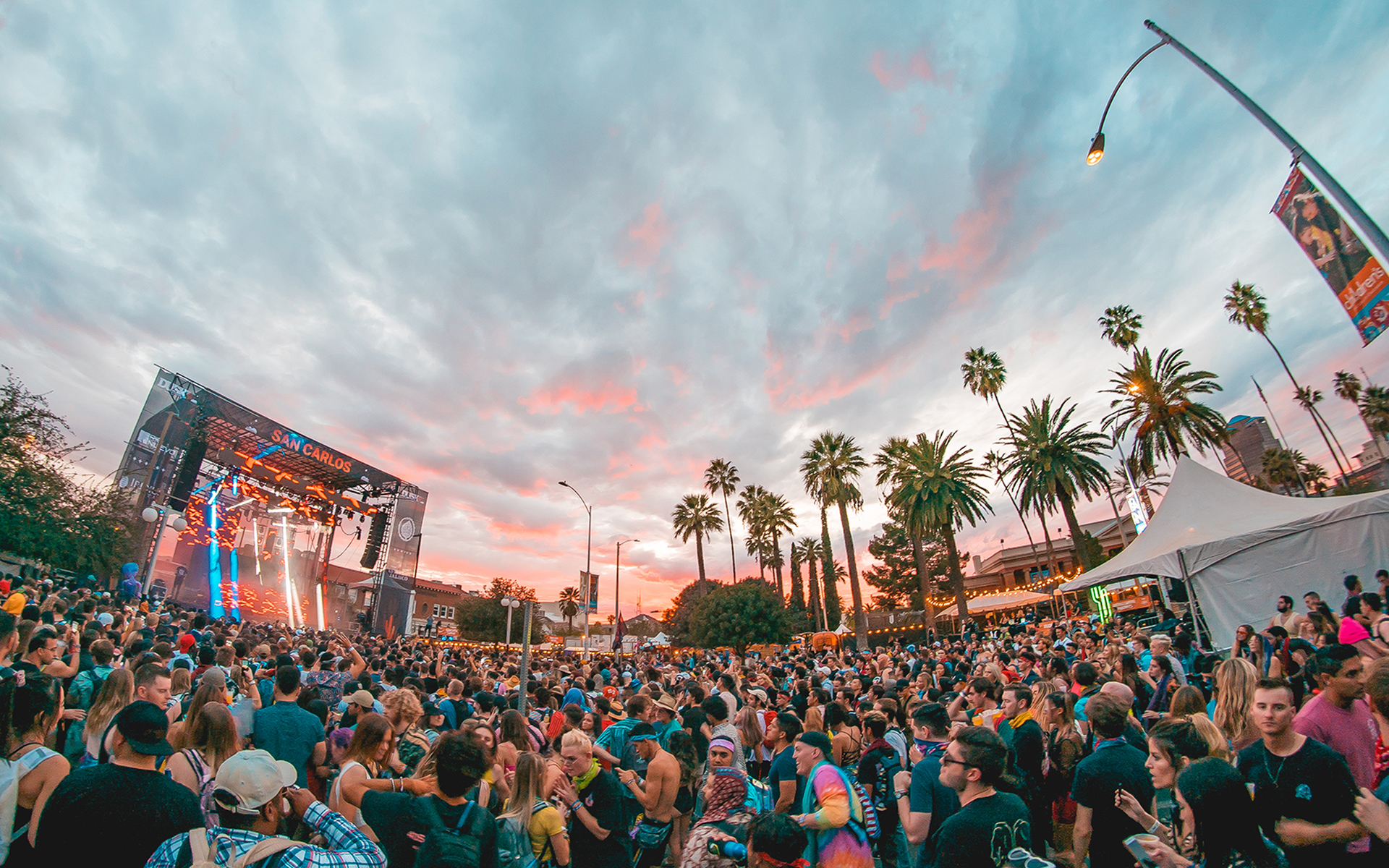 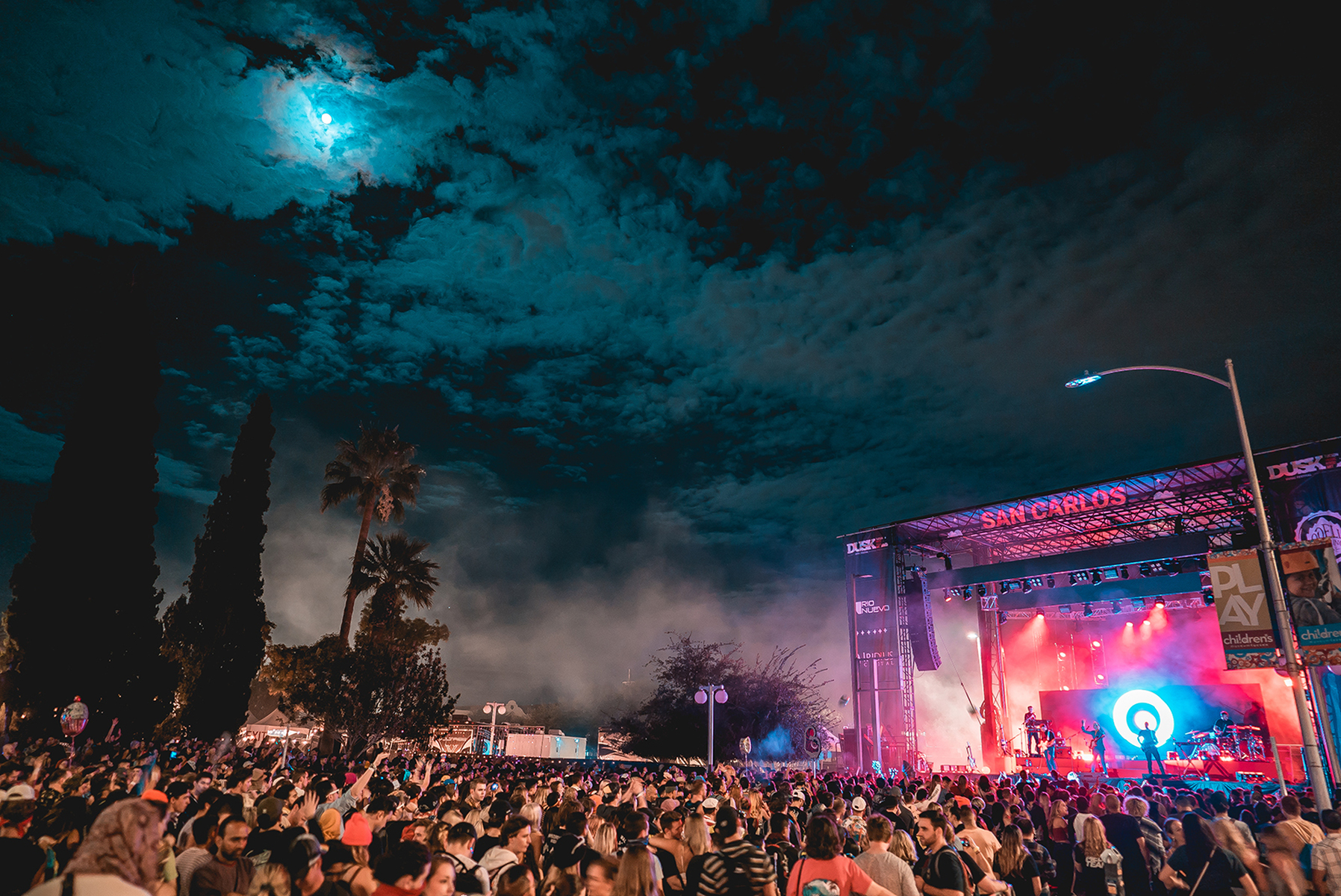 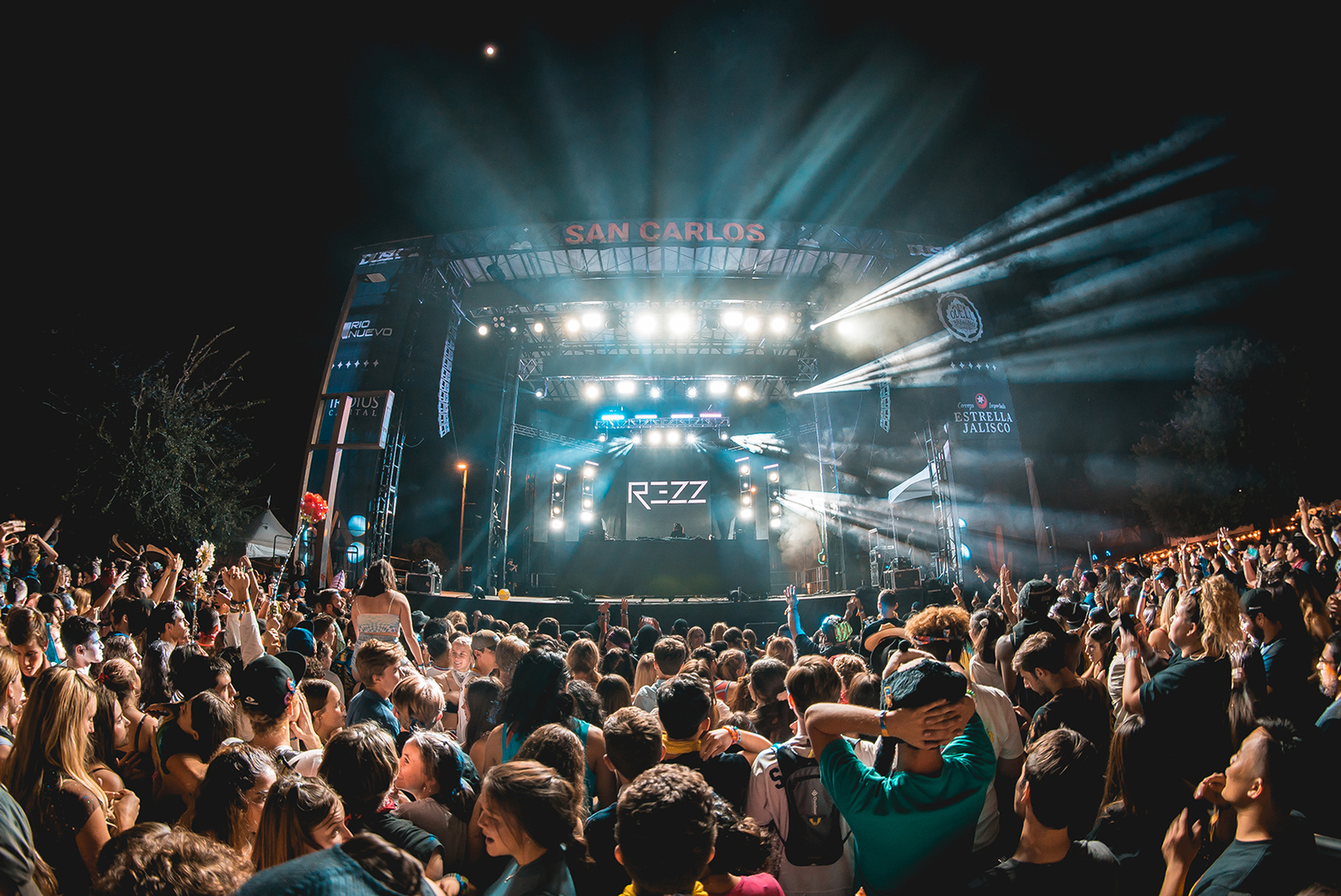 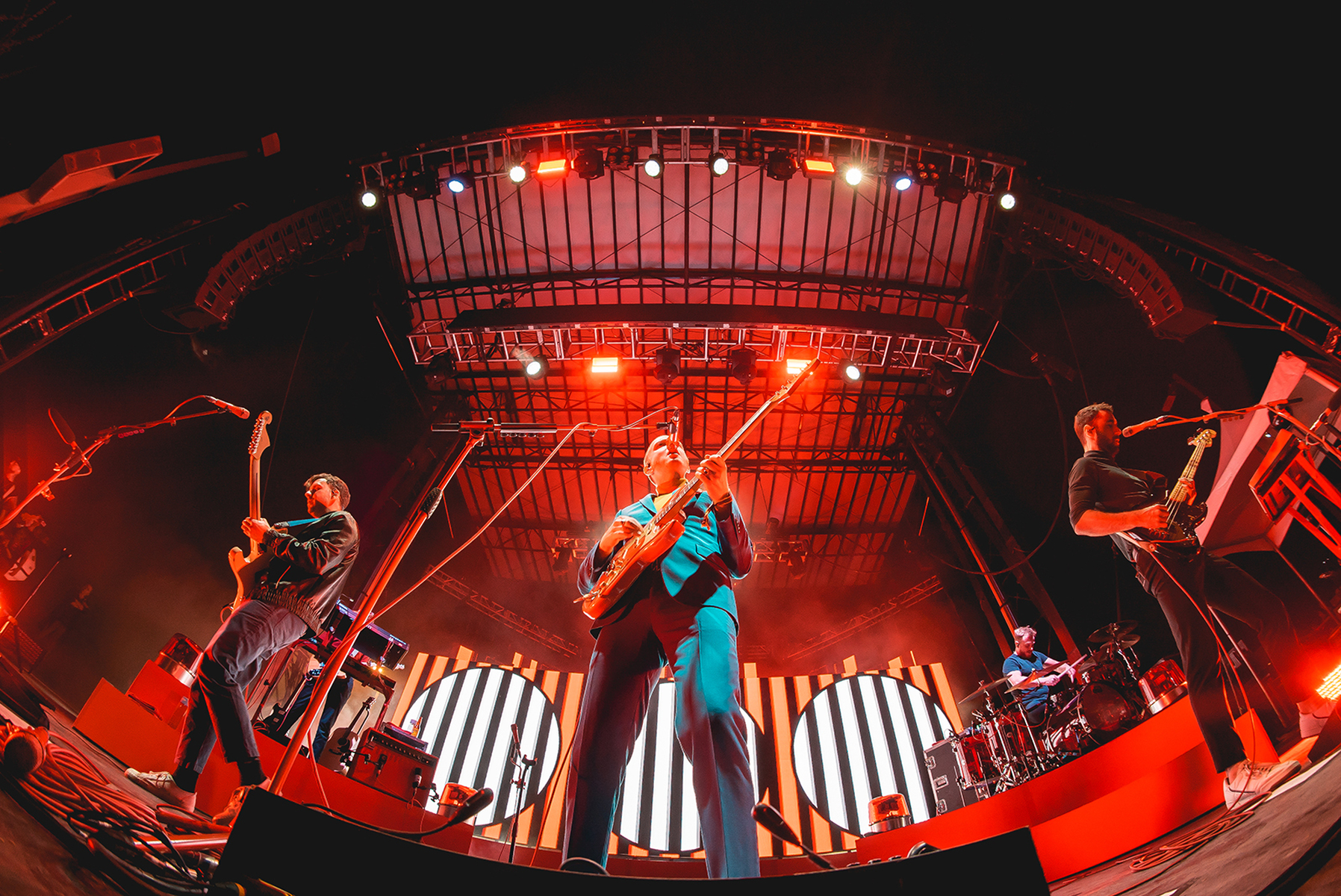 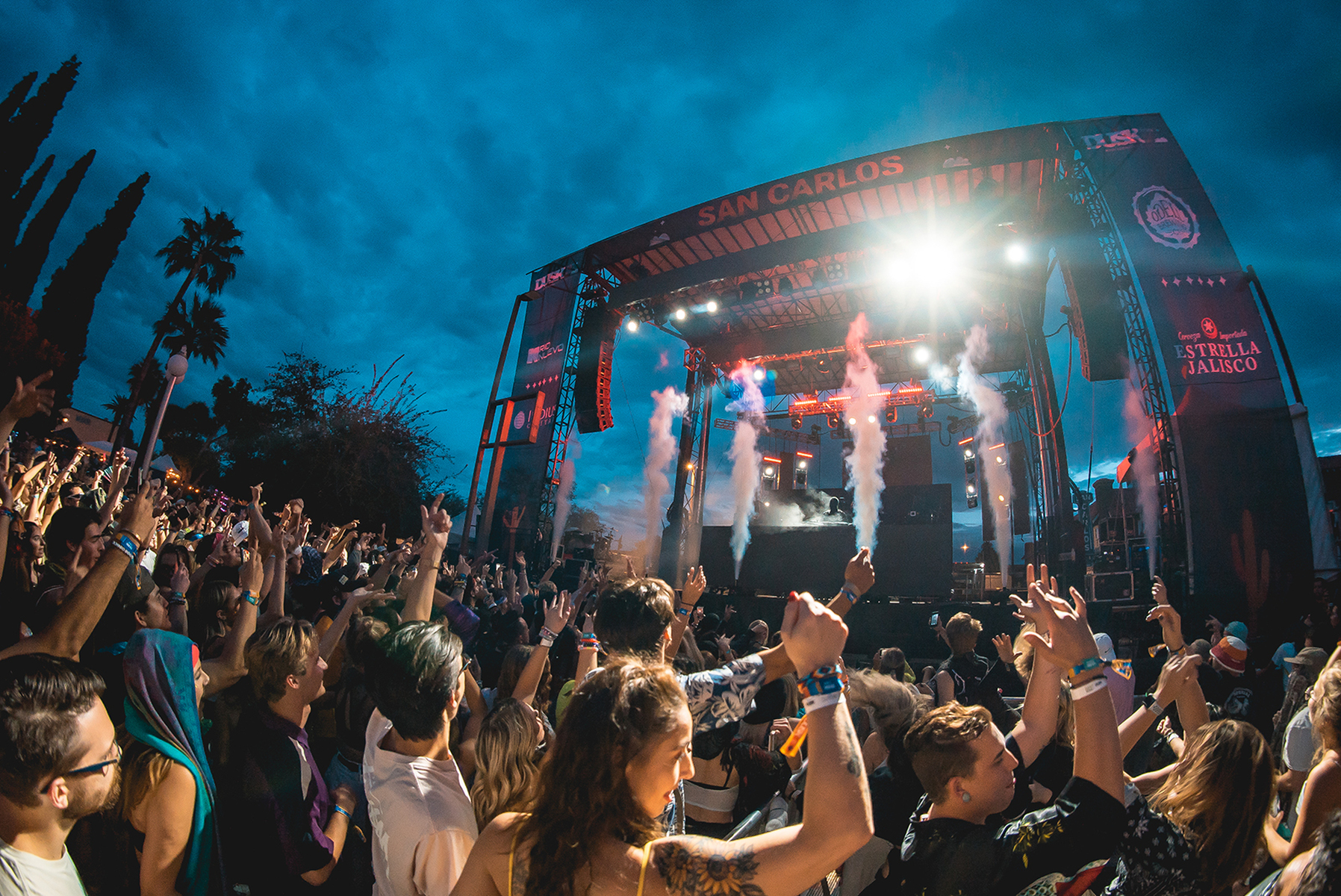 The two-day festival featured a variety of EDM, R&B and Indie Alternative Pop and Rock artists including Kaskade, Rezz, Two Door Cinema Club, Arizona, Cray, Fitz and The Tantrums, Goldroom, Malaa, Tokimonsta, Wax Motif, What So Not and more.

Asked about challenges for the event, Soundwave’s Mark Pacheco mentions that because the festival site is located in downtown Tucson, offsite noise abatement was a particular concern. “Armory Park is surrounded by businesses and residential neighborhoods and the PA for the main stage facesstraight into the downtown area with commercial buildings like hotels and office buildings.

“In fact,” Mark adds, “offsite noise abatement was such a big deal that some of the neighbors started a coalition to stop the event this year and were on the local news complaining about it. The promoter, Page Repp, a successful architect who’s been doing the festival for four years with a large EDM promotion company out of Phoenix named Relentless Beats, finally got the coalition to agree to the event under certain conditions which were all about controlling the sound levels and offsite noise.

I’ve never heard any system that sounds as good as it does.

“Bottom line, we literally couldn’t have done the gig without MLA. The system included 12 MLA Compact a side for a throw of over 300 ft. covering the audience area while staying within compliance with the city’s requirements. We wanted to clock in between 100 to 105dB at FOH a hundred feet away from the stage but keep it to 70dB or less beyond the site.”

Festival promoter Repp provides more specifics about how his team and Martin Audio engineers dealt with the offsite noise: “Using local engineers and the team from Martin Audio, we plotted out how to best control the sound ahead of time, and Mark worked with Martin Audio’s Joe Lima to dial it in specifically during the show. We had a lot of pressure on us because if we didn’t get it right, we wouldn’t be able to come back.

“To make sure we stayed within the city’s noise parameters,” Page explains, “we had a team of five people do onsite and offsite acoustic monitoring in real time so if they turned it up at FOH, we’d know exactly what the result would be one, two or three blocks away beyond the festival site. We never violated the normal sound ordinance at our prescribed locations. Our goal was 70dB or less at the closest site and we ended up averaging about 66dB and were below that for most of the time. We had low 60s a couple of streets away and low 50s beyond that. In every single instance, ambient traffic noise would peak louder than the festival.

“The MLA system’s ability to reduce the levels very specifically using the Hard Avoid® feature was a big help. We could experience the effect walking around the audience area and when we’d get to the back of the crowd, the sound would die down dramatically after that point. We were able to set up Hard Avoid on the sides with residential neighborhoods which definitely allowed us to control that effectively as well while there was no diminishment at all for the 6000 audience members in front of the stage.

“Finally, I love the way the MLA sounds,” says Page. “I’ve never heard any system that sounds as good as it does. It’s amazing, especially for live bands––crisp, clean and responsive.”

Echoing Page’s sentiments, Mark sums up with his feelings about the system’s audio performance: “In terms of the sound quality, Martin Audio has a certain tonality that’s worked for me over the years with all kinds of music. MLA sounded fantastic on site and the coverage was smooth and uniform front to back and side to side. In fact, the FOH engineer for one of the main acts, Two Door Cinema Club, thought the system was the best-sounding street festival PA he’s ever used for the band.”