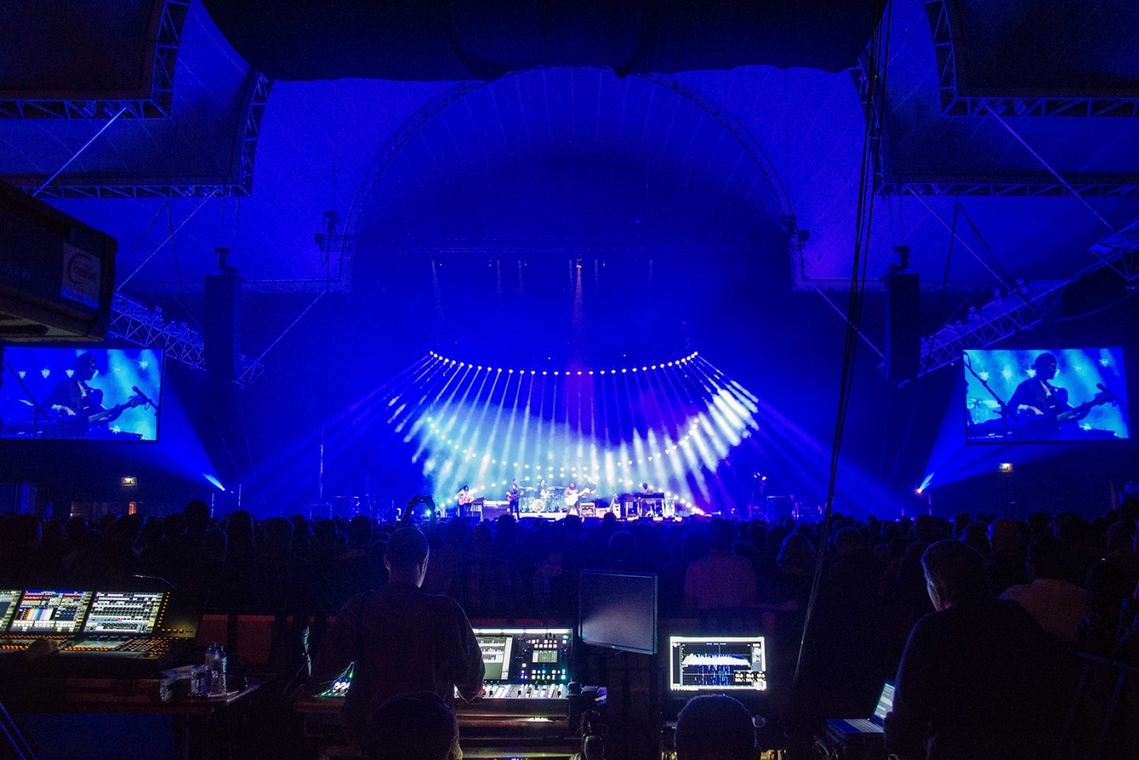 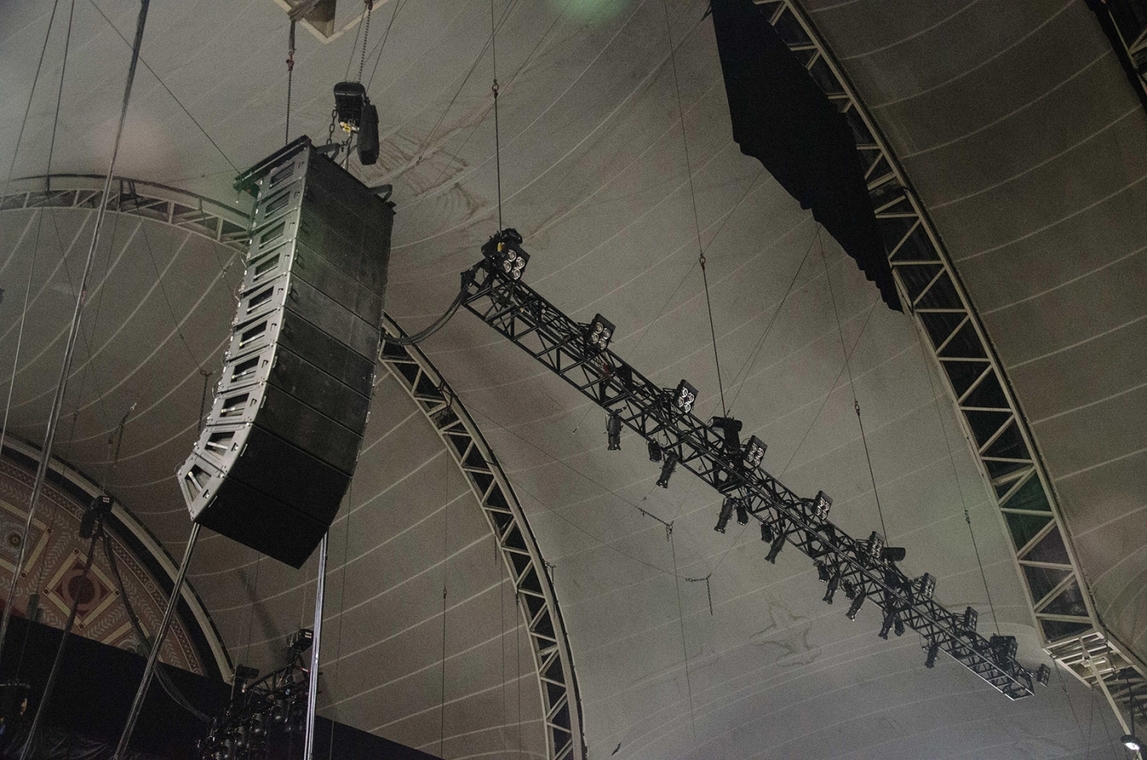 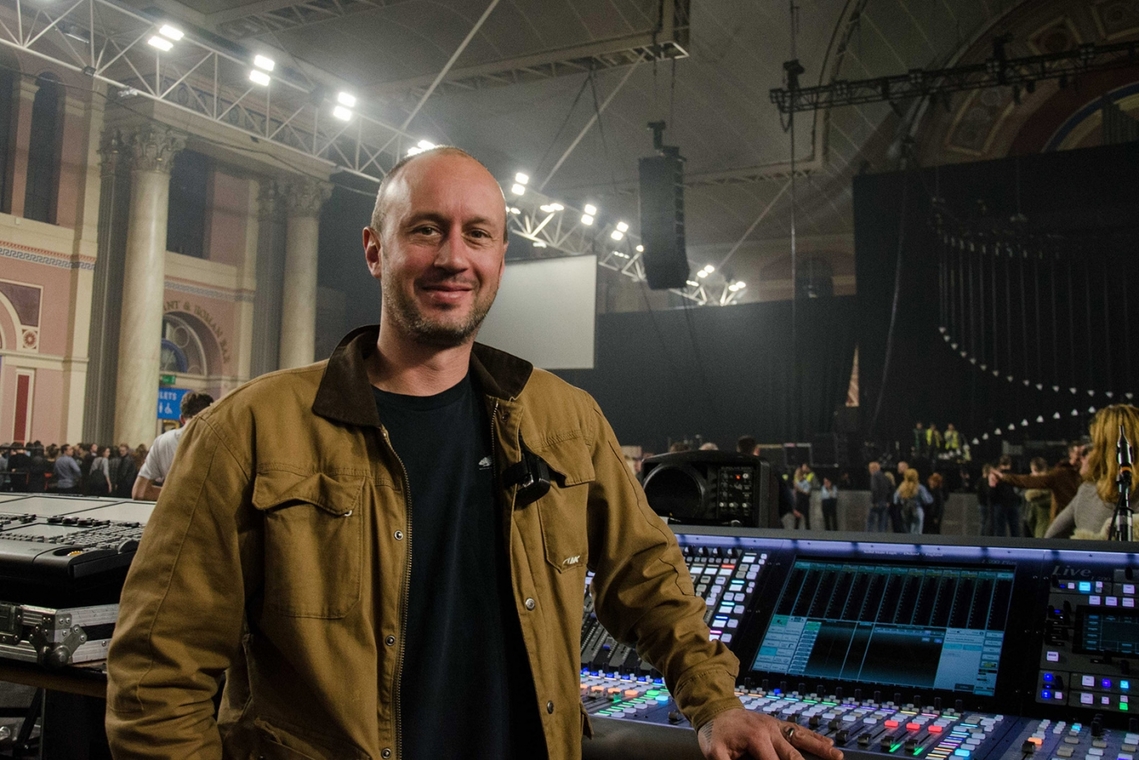 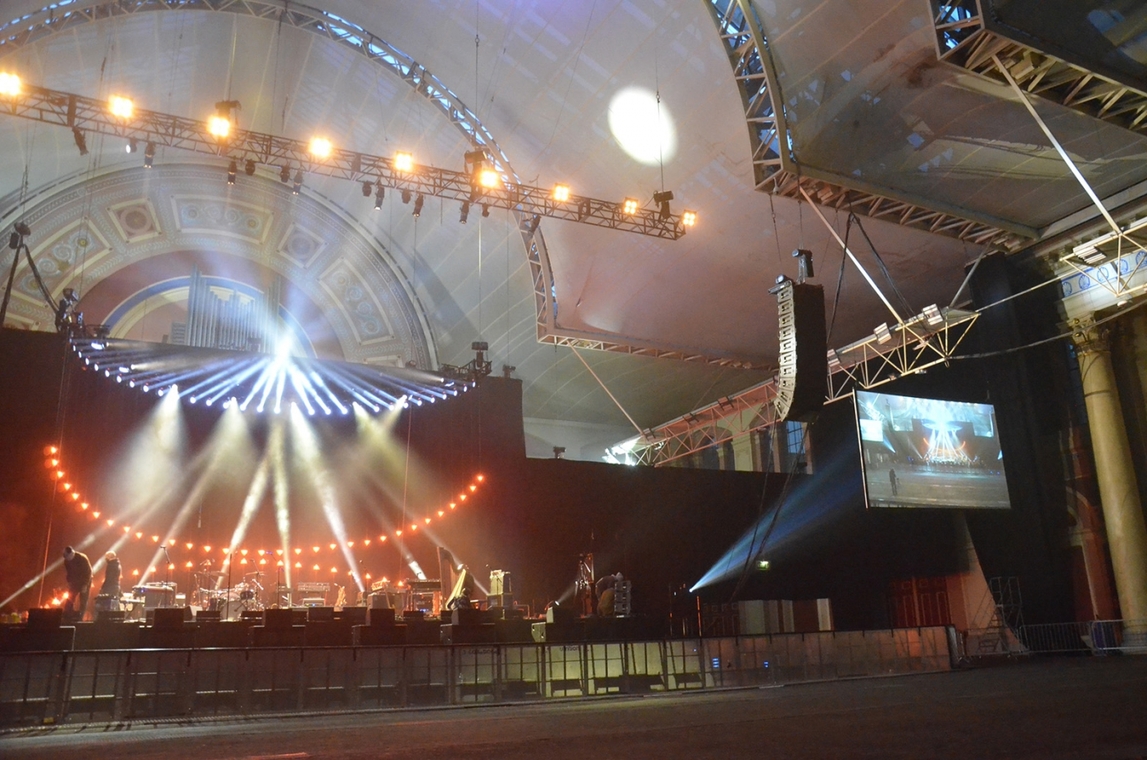 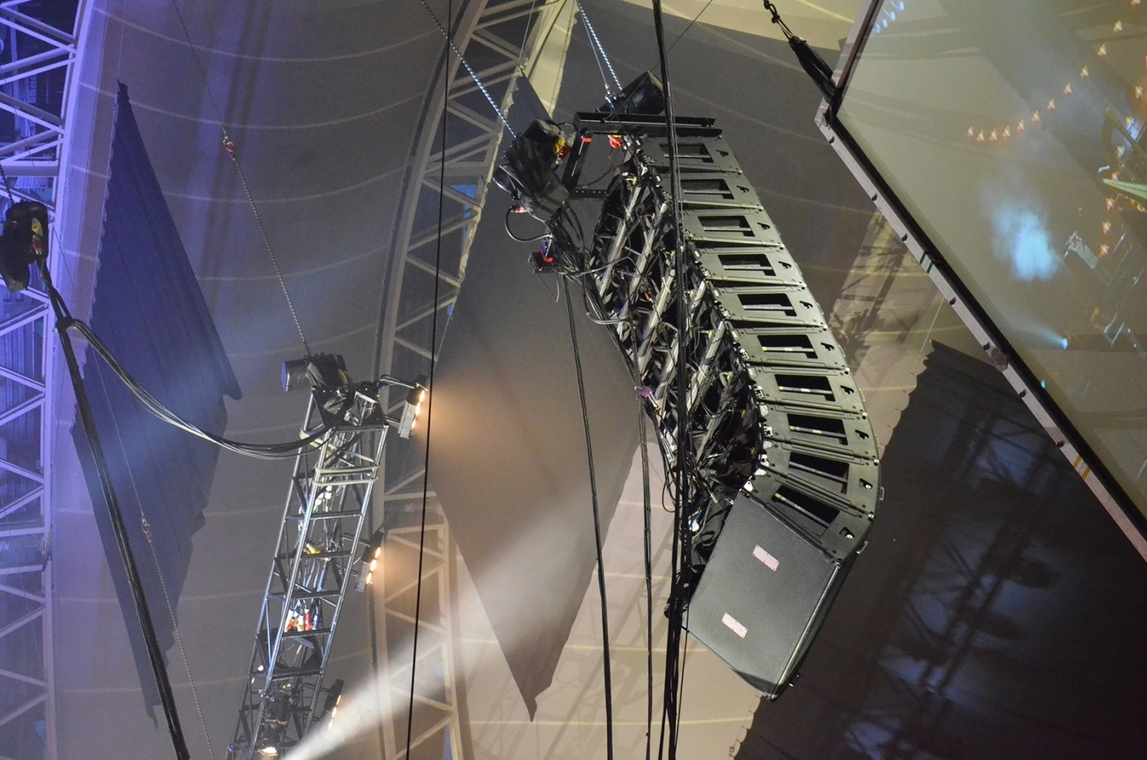 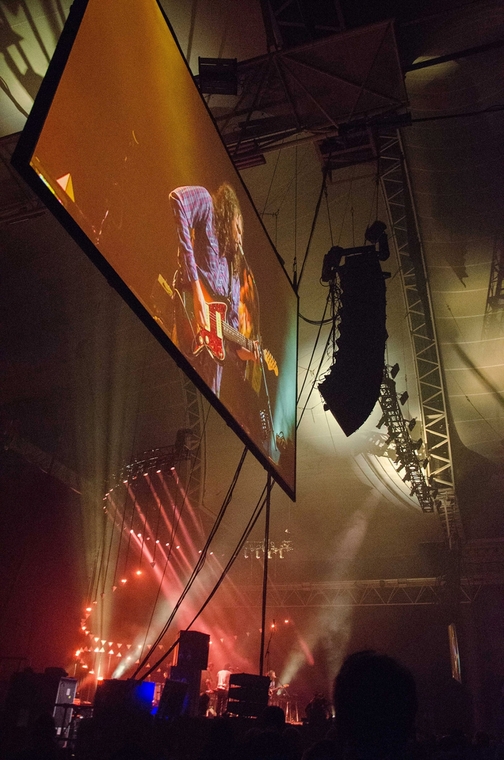 The unique multi-cellular controllability of Martin Audio's award-winning MLA was put to the test recently at the notoriously difficult Alexandra Palace, when The War on Drugs played to a 10,000 sell-out crowd.

The American indie six piece rock band, fronted by Adam Granduciel, were promoting their fourth album A Deeper Understanding - and fortunately their FOH engineer Bob Strakele had prior experience, not only of the venue but also of MLA.

'I have mixed at Ally Pally before,' he confirmed. 'So when I heard that we would be doing a show there, I immediately asked our production manager [David Scheid] to get in touch with Capital Sound about getting an MLA system.'

Capital's Operations & Development Director, Paul Timmins takes up the story. 'We have worked with Bob on a number of shows over the past ten years, including Billy Talent, Erasure and James. So he contacted me and said he wanted us to do the PA for a band he'd not worked with before, primarily because of the Ally Pally show; then he looped me in with the production manager. What started off as being just Ally Pally then turned into two additional shows at Manchester Apollo as part of a European tour.'

Strakele was convinced MLA would be the right tool to tame the heavily glazed venue notorious for its reverberation. 'Having toured with the system before, I knew that we would be able to keep any unwanted energy from bouncing around in the roof,' he said. 'The drapes installed certainly helped to an extent, but I feel like the 'hard avoid' setting in the roof was what kept the room under control.'

The sound engineer was referring to the unique 'hard avoid' function in Martin Audio's dedicated Display 2.3 software which enables designated areas to be 'avoided' and spill to be reduced to a minimum.

According to Paul Timmins, the PA design for the room was self-evident. For the main hangs Capital flew nine MLA and an MLD Downfill enclosure, left and right, and two delay hangs of nine MLA Compact per side. 'These were set just behind the PA to keep the sound as evenly distributed as we could and focus the sound on the floor area,' Timmins explains. 'It worked really well.'

In addition, since there are limited options to where the PA can be flown at this venue, they added two ground stacks of three MLA Compact per side for infill, with a further six Martin Audio DD12 for front fill.

Subwoofers comprised six stacks of three Martin Audio WS218X, with the bottom enclosure in each stack reversed for a cardioid response.

And with Finlay Watt system teching, this gave Bob Strakele all the resource he needed. 'Finlay did a great job with the system,' praised the sound engineer. 'We had great feedback in the press about how controlled the room sounded compared with other shows in the past.

'Regarding system EQ, the room was tuned flat by Finlay. Once I took over the PA, I added two very subtle filters in the low mids to clear up my vocal sound.'

Summing up MLA, he says, 'What I love about this system is its ability to throw extremely long distances and still remain relatively flat in the frequency spectrum. You don't get that HF roll-off over long distances that most other PA's suffer from. Also, the hard avoid function allows the user to tame reflections against hard surfaces, and control strict dB limitations at venue perimeters.'