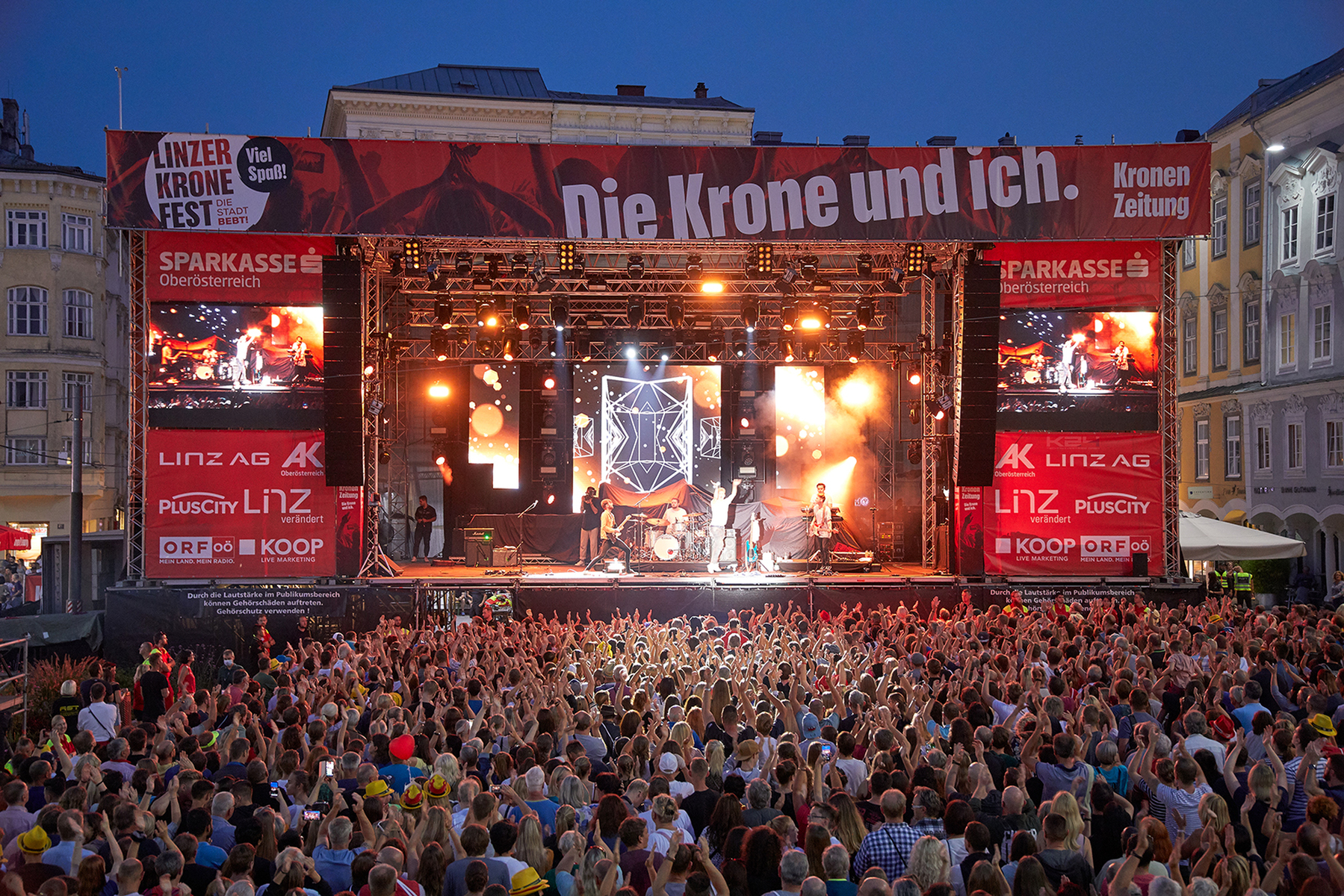 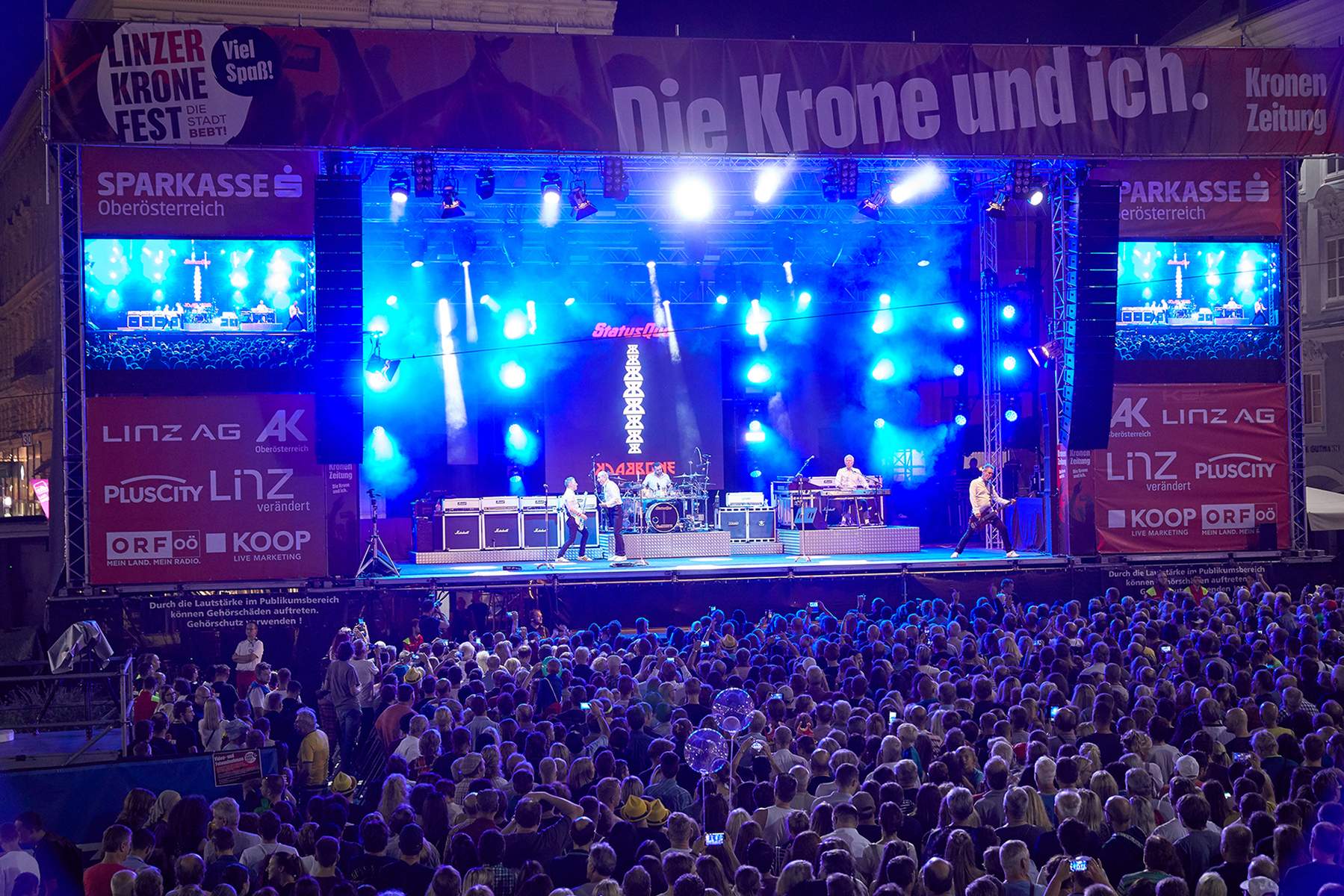 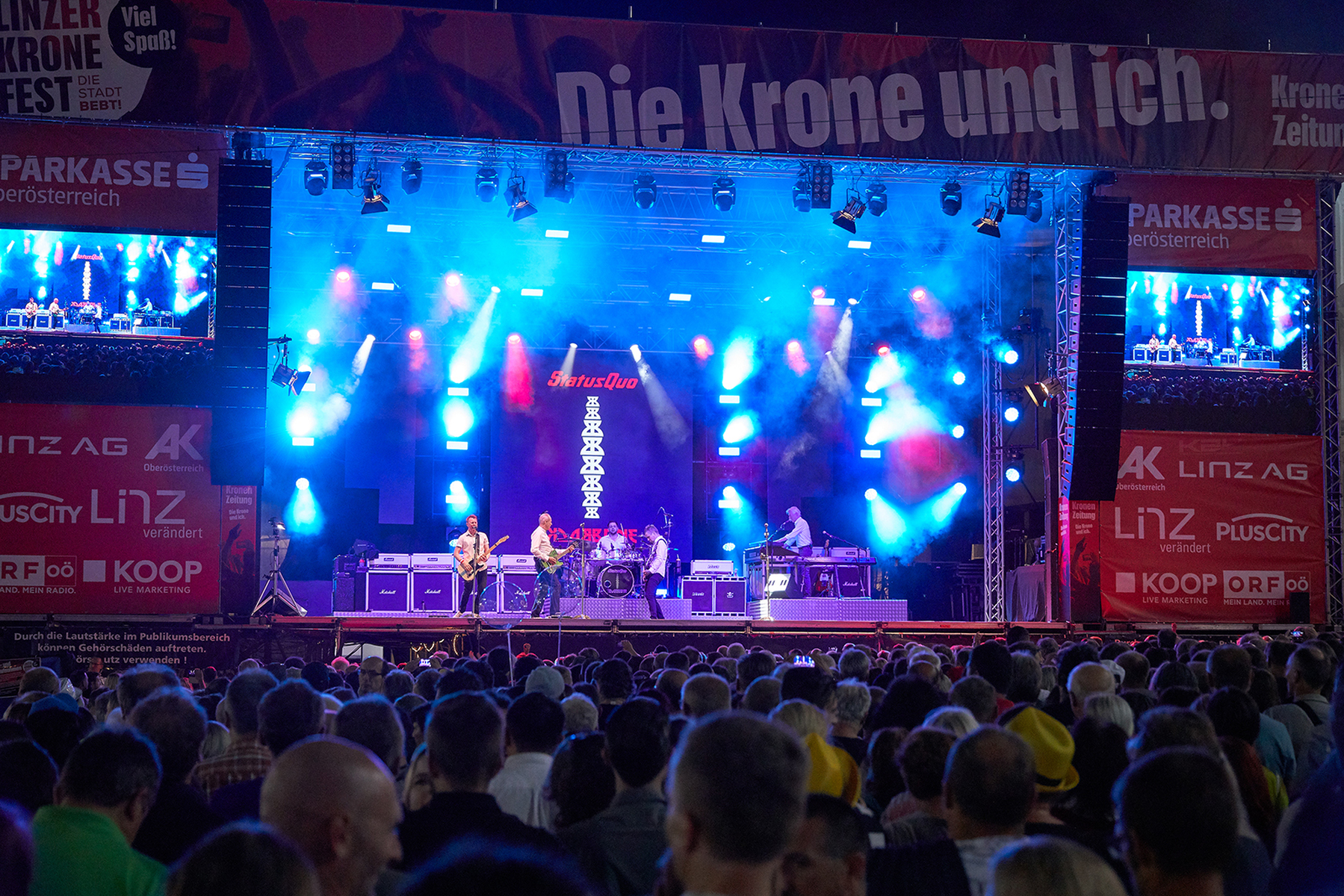 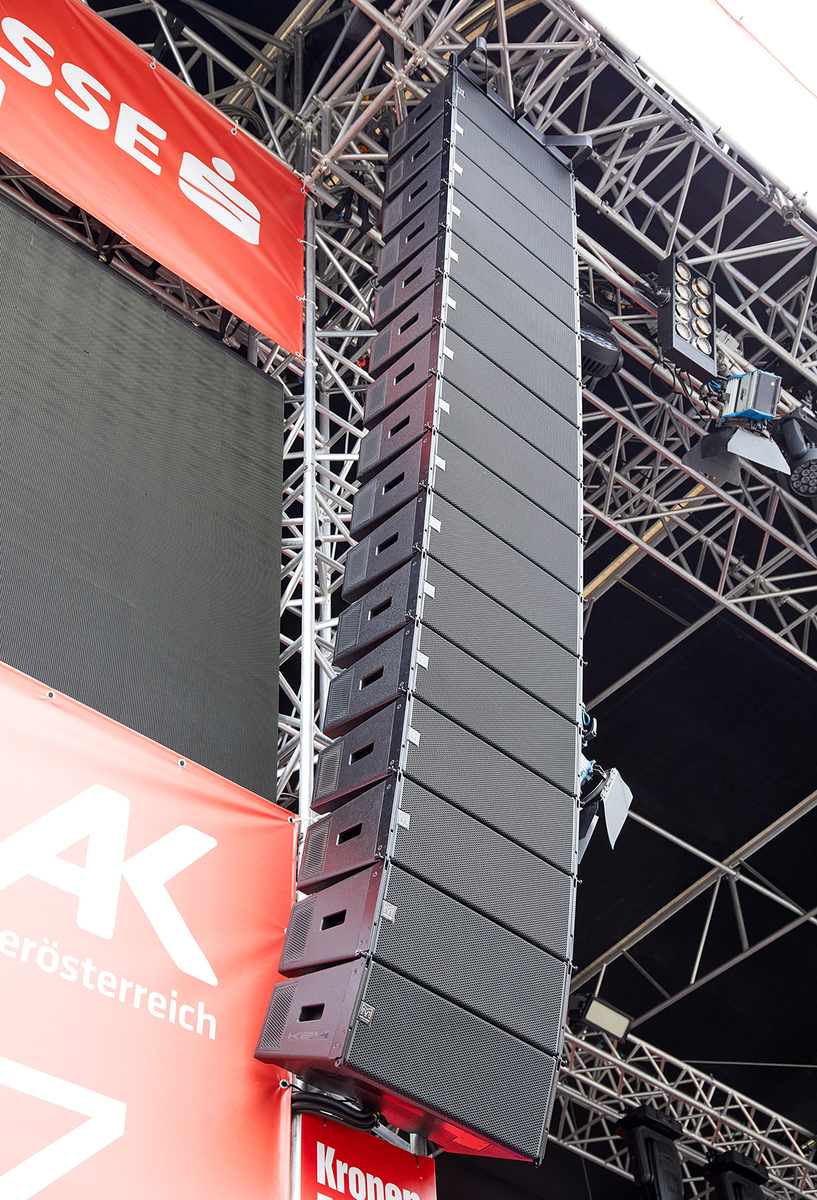 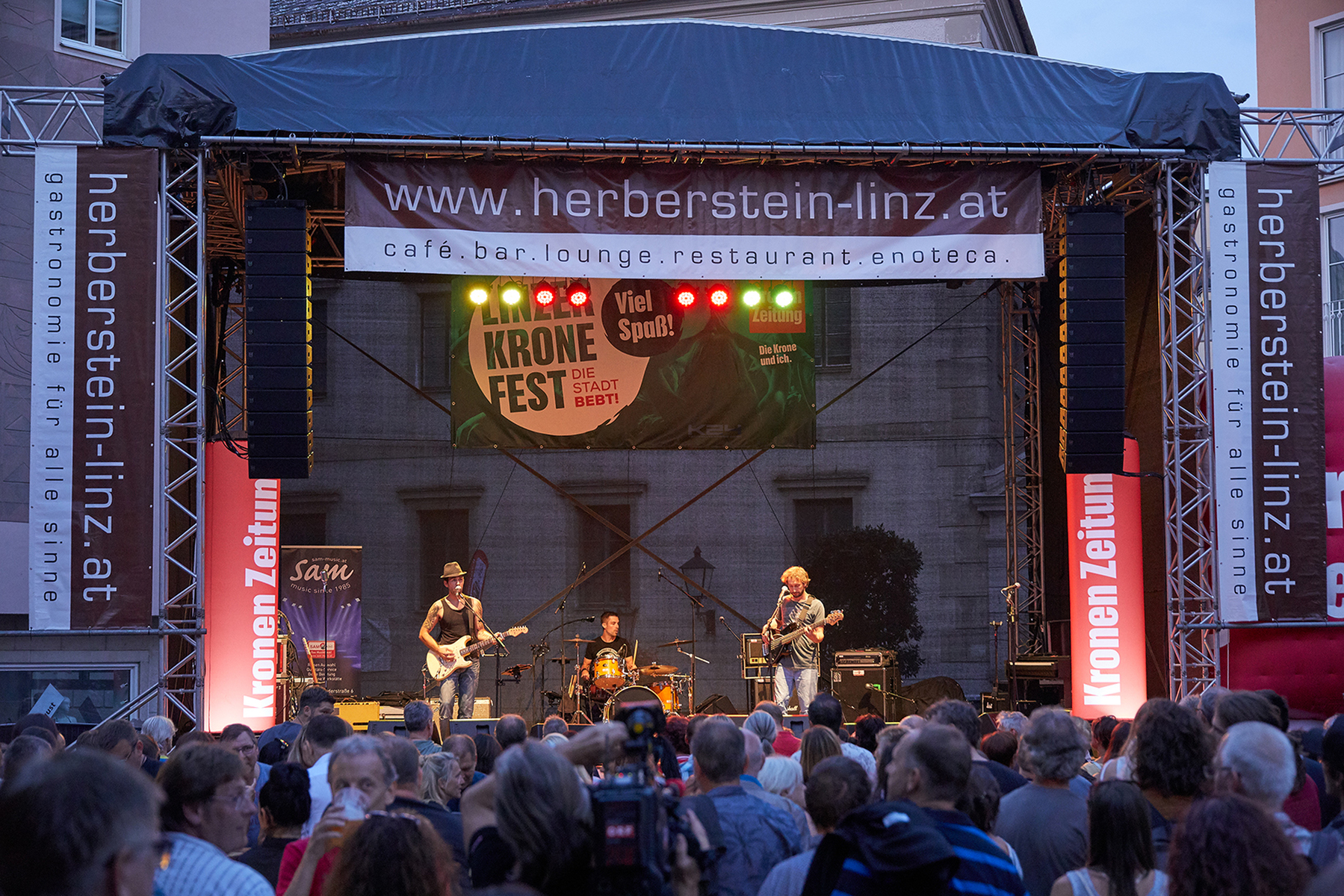 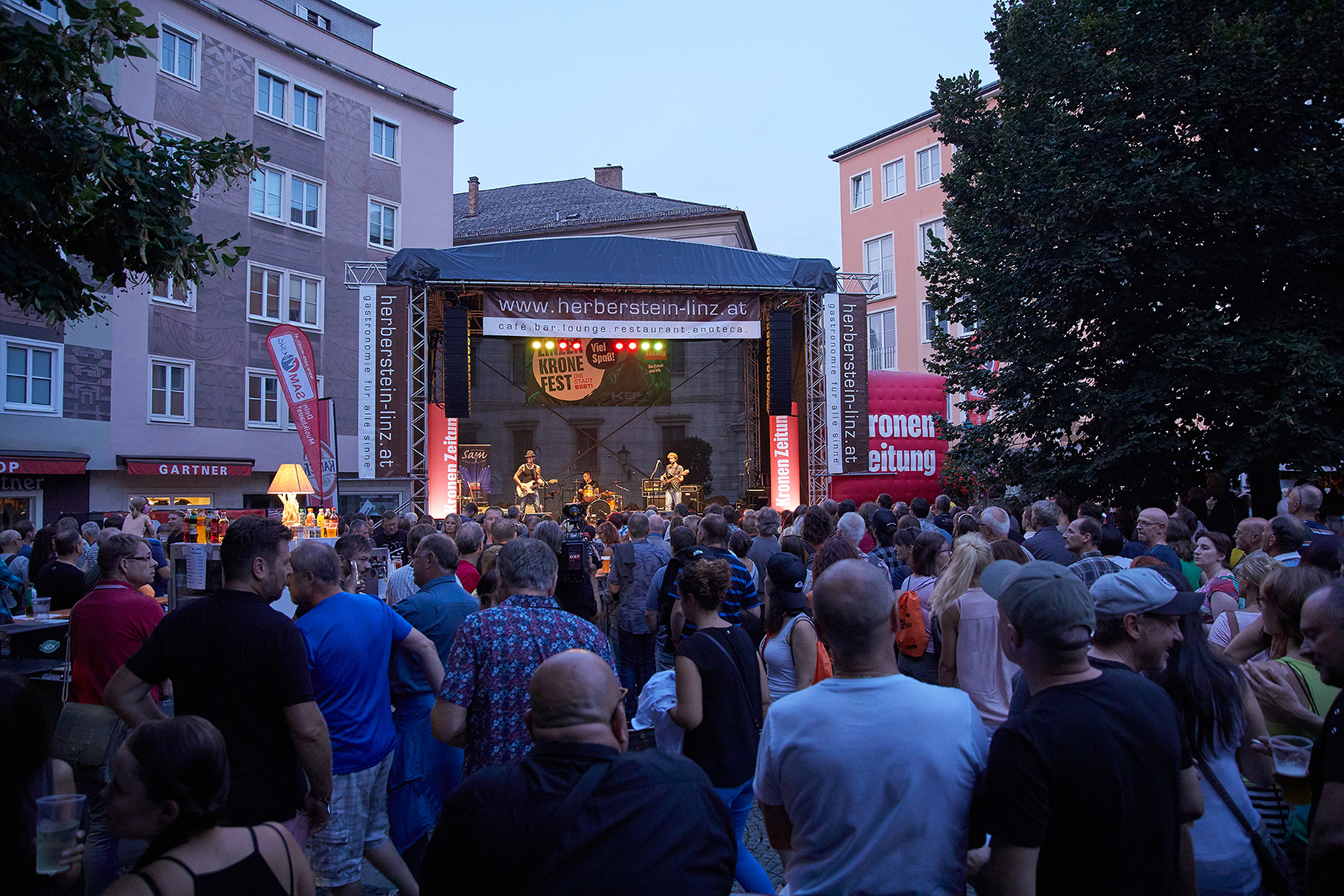 Now in its 19th year, the three-day Krone-Fest has been running in the Austrian city of Linz since 2001. This year, once again the free event saw more than 70 acts appearing on 13 stages in different squares spread throughout in the city centre.

Promoted by KOOP Live-Marketing and Upper Austrian Kronen Zeitung, a total of around 400,000 people gathered across the duration to hear artists such as Darius & Finlay, Status Quo and Milow headline on the respective days.

Last year a Martin Audio Wavefront Precision Compact (WPC) loudspeaker array featured on the second Herberstein stage but this year the ground-breaking scalable resolution and control technology was also promoted to the Sparkassen main stage in the Linzer Hauptplatz (main square), where a WPC system was provided by rental company Z-VT.

The Herberstein stage, meanwhile, was equipped with two hangs of 12 WPM, with eight SXC118 subwoofers and four X10 as frontfill.

According to Johannes Stummer, all sound engineers were extremely surprised and happy with the performance of the system.

And production manager Klaus Lehner added his own endorsement. “Such a result would not have been possible with a standard line array. Processed systems are definitely the future of the pro audio business.”