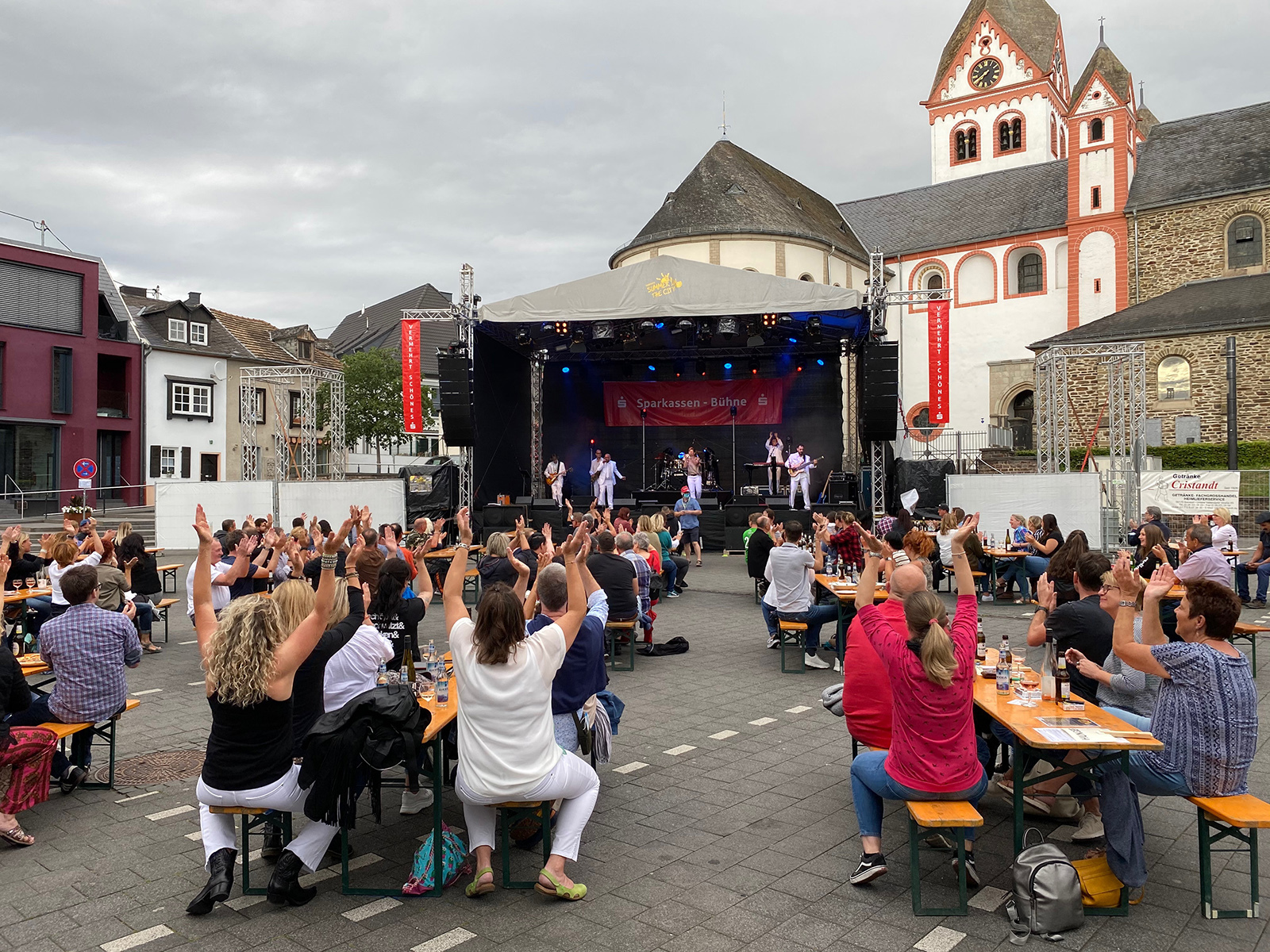 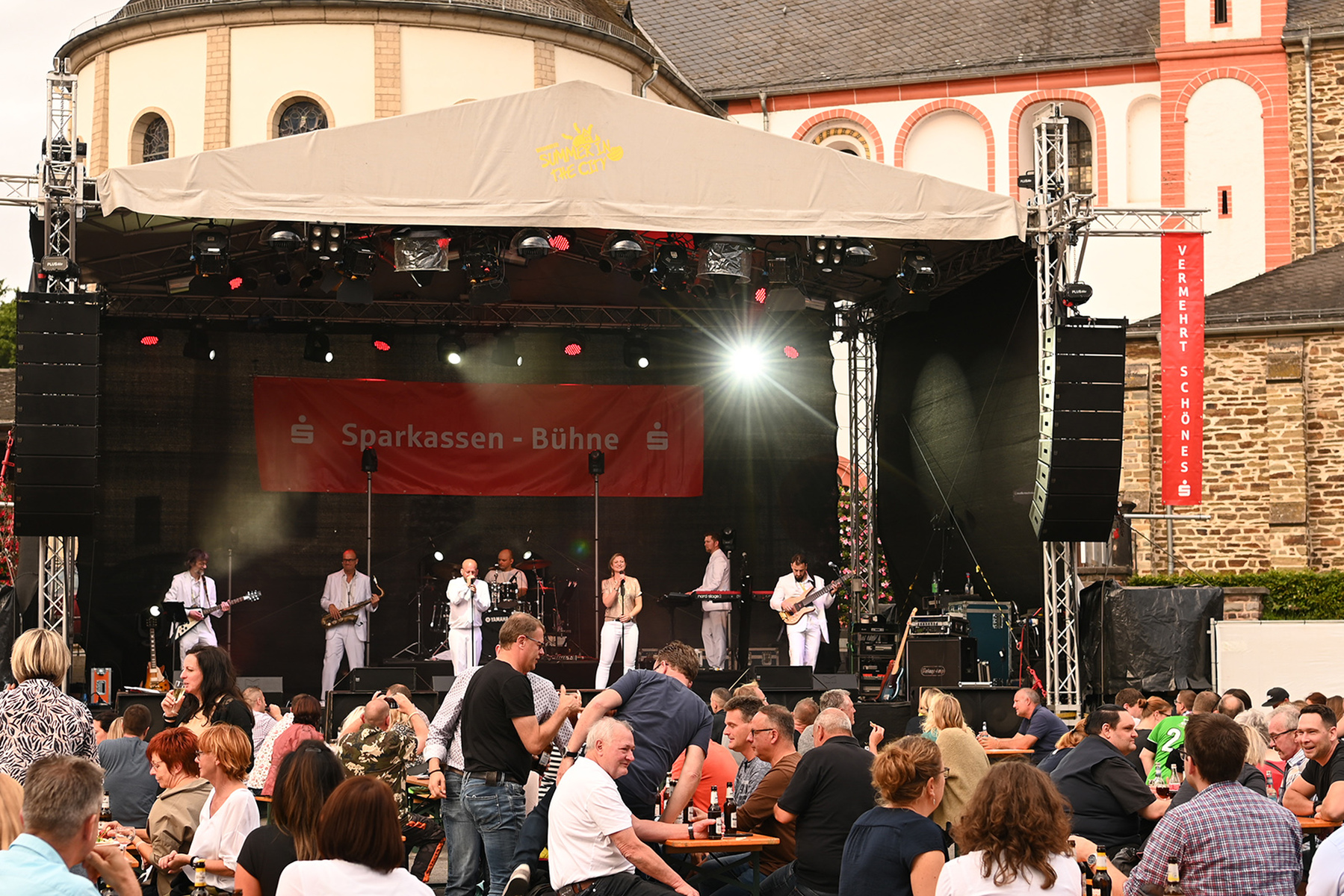 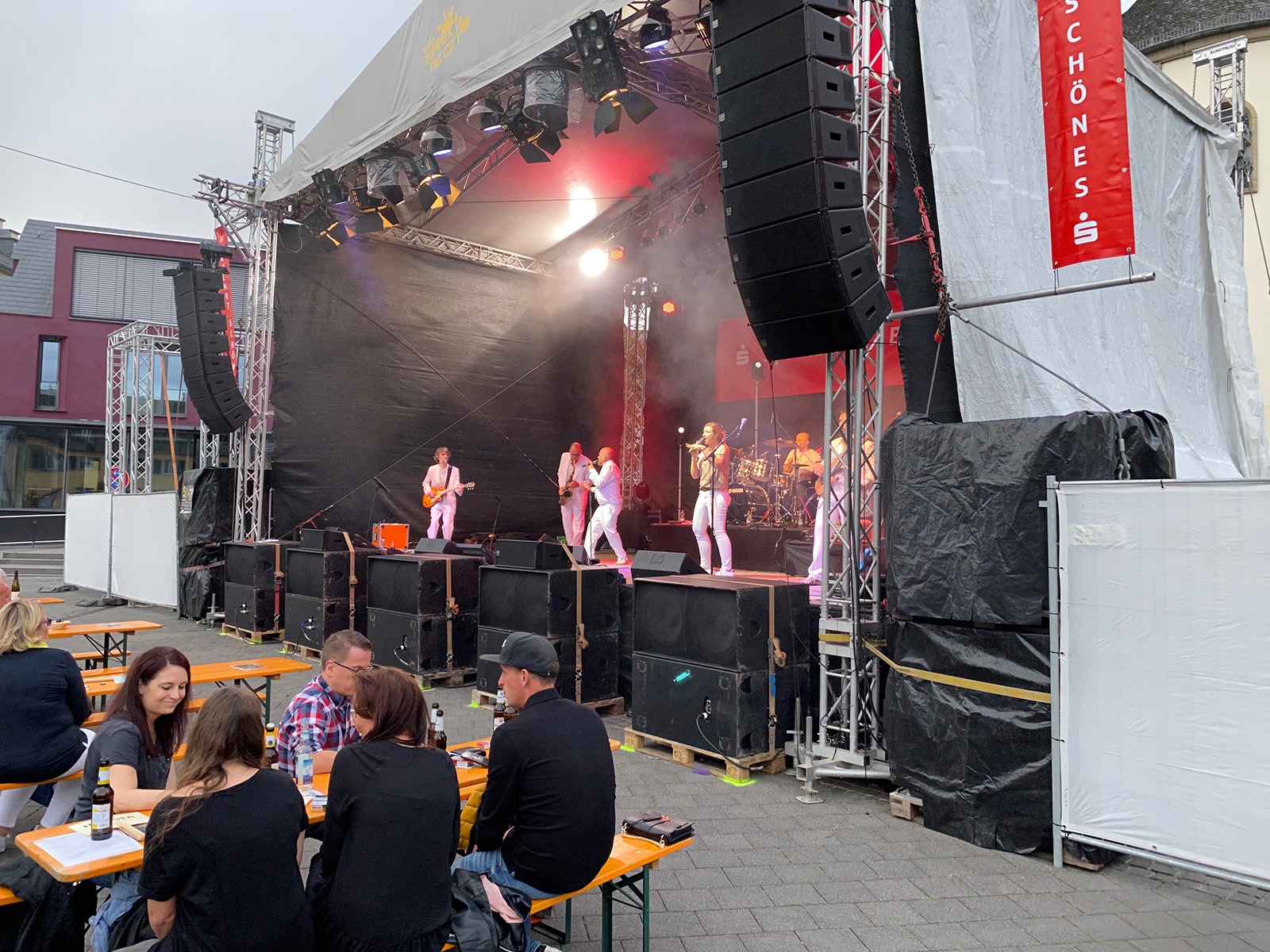 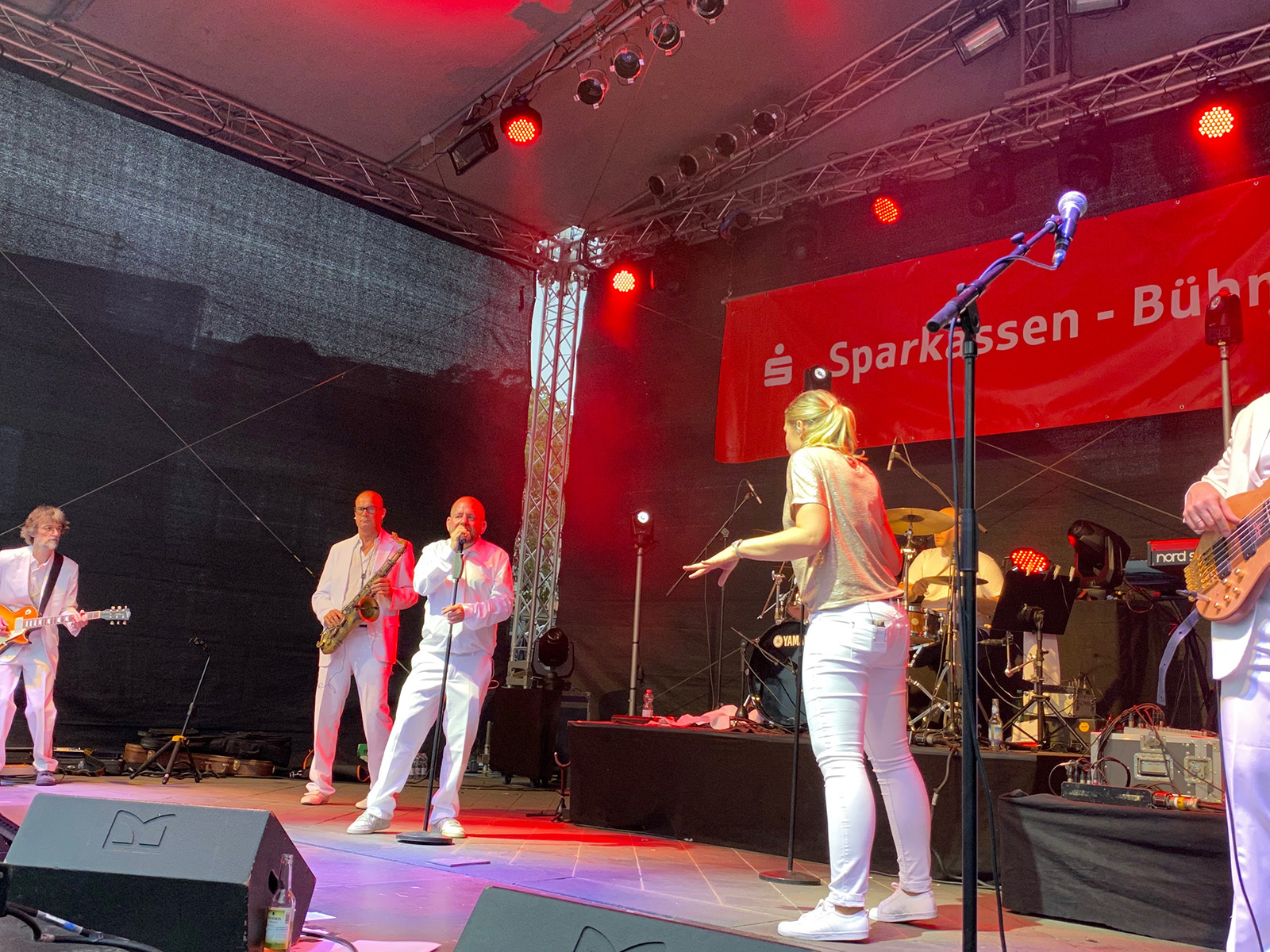 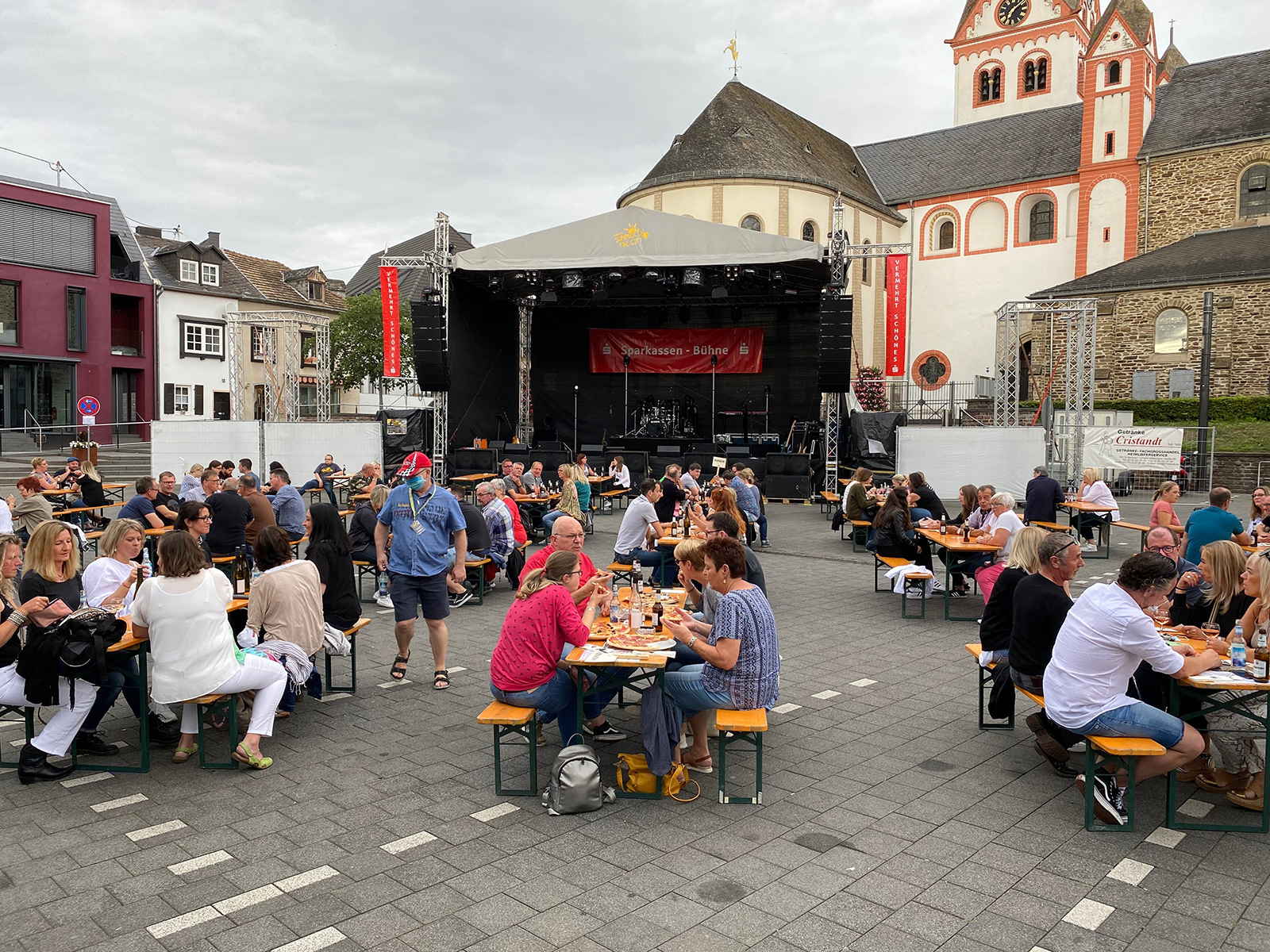 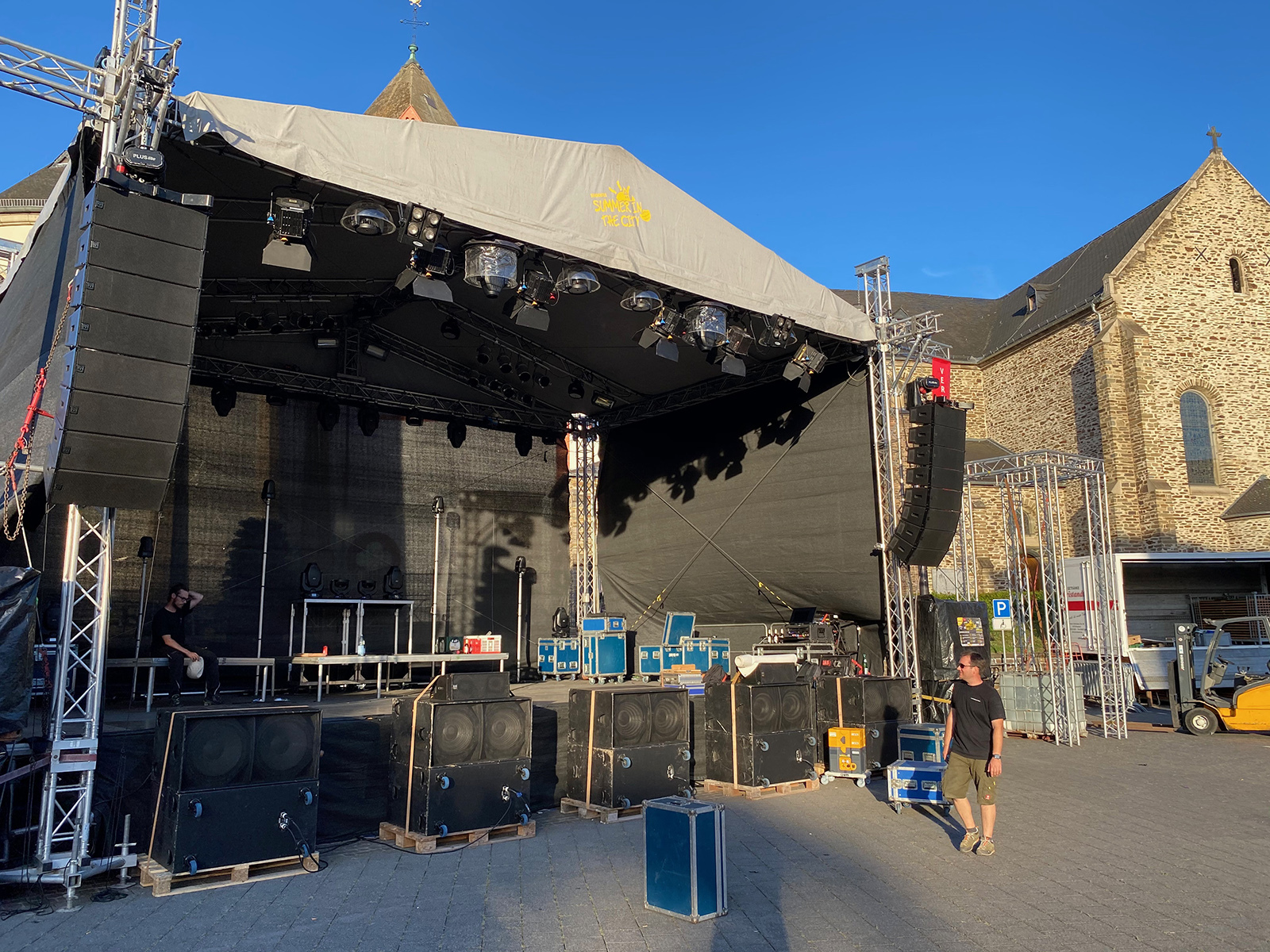 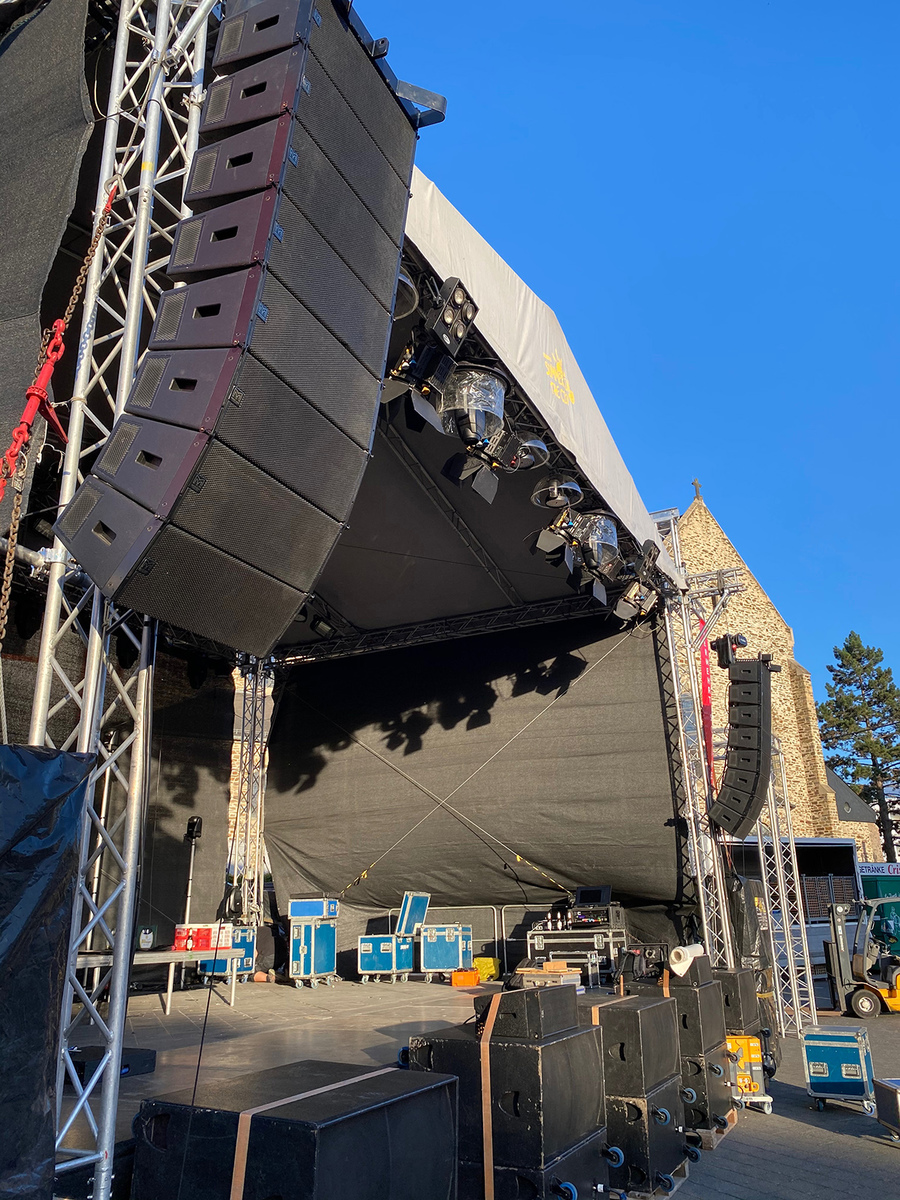 The German town of Bendorf, on the outskirts of Koblenz, has been staging its Summer In The City festival for many years and even the COVID-19 pandemic was not going to stop proceedings this year.

Operating as a weekend-only event for its first decade—in the Kirchplatz, a square in the centre of town—this year it managed to get permission to run through until the end of August. This was on the proviso that the event was restricted to 300 seated and socially distanced seated guests, part of a maximum capacity of 350 (including artists, technical crews and staff).

The sound system that will take it right through the summer season is a Martin Audio WPC, acquired by Michael Enchelmaier’s rental company,Event & Veranstaltungstechnik Enchelmaier (EVE). This is the centrepiece of a complete technical infrastructure provided by the company.

A customer of Martin Audio for the past 17 years Enchelmaieris also the president of Working Group Bendorf Rockfestival, who stage the event, and who have been promoting rock events and festivals in the town for the past 35 years.

This is one of the best systems I have ever used, and it is requested by a lot of my customers.

“We actually stopped promoting this festival in 2018 due to work pressure, but Covid-19 has brought us all back together with the goal of promoting this extra-long festival to show that culture and music is still possible in these times.”

As to how they gained permission, he said, “We received a detailed hygiene concept from the government, and the local regulatory office gave permission to go ahead providing we managed to implement it.”

The town itself is situated on the Rhine and the location of the festival, which is this year dubbed The Corona Concerts, has two churches as a backdrop. In front there is a 10m x 5m plateau that was constructed on Michael Enchelmaier’s advice in 2007, so that a stage can easily be erected on top of it. At the same time a multicore system was installed underground, providing. analogue and digital (BNC and CAT5e) feeds.

Fielding eight-element WPC hangs per side, with a broadside cardioid array of 10 WS218X subs and a pair of W8LM front-fills, the system is being driven in 2-box resolution using four Martin Audio iK42 amplifiers, and a further pair for the subs and front fills. The quantity of subs will reduce (or vanish entirely) for the acoustic and theatre shows.

EVE’s system tech Tim Gruber, programmed and optimised the system, using Hard Avoid to cut off the sound at the next building, situated 27 metres away, while the broadside cardioid set-up reduced SPL emission at the rear.

As a result, the sound quality on the first show was first class, according to Michael Enchelmaier. “Everybody, including the audience, thoroughly enjoyed it. The sound pressure at any volume level was excellent, with smooth hi-fidelity highs.”

None of which comes as any surprise to the EVE proprietor. “This is one of the best systems I have ever used, and it is requested by a lot of my customers. Although it is still quite new it is already starting to get listedon artists’ technical riders.”