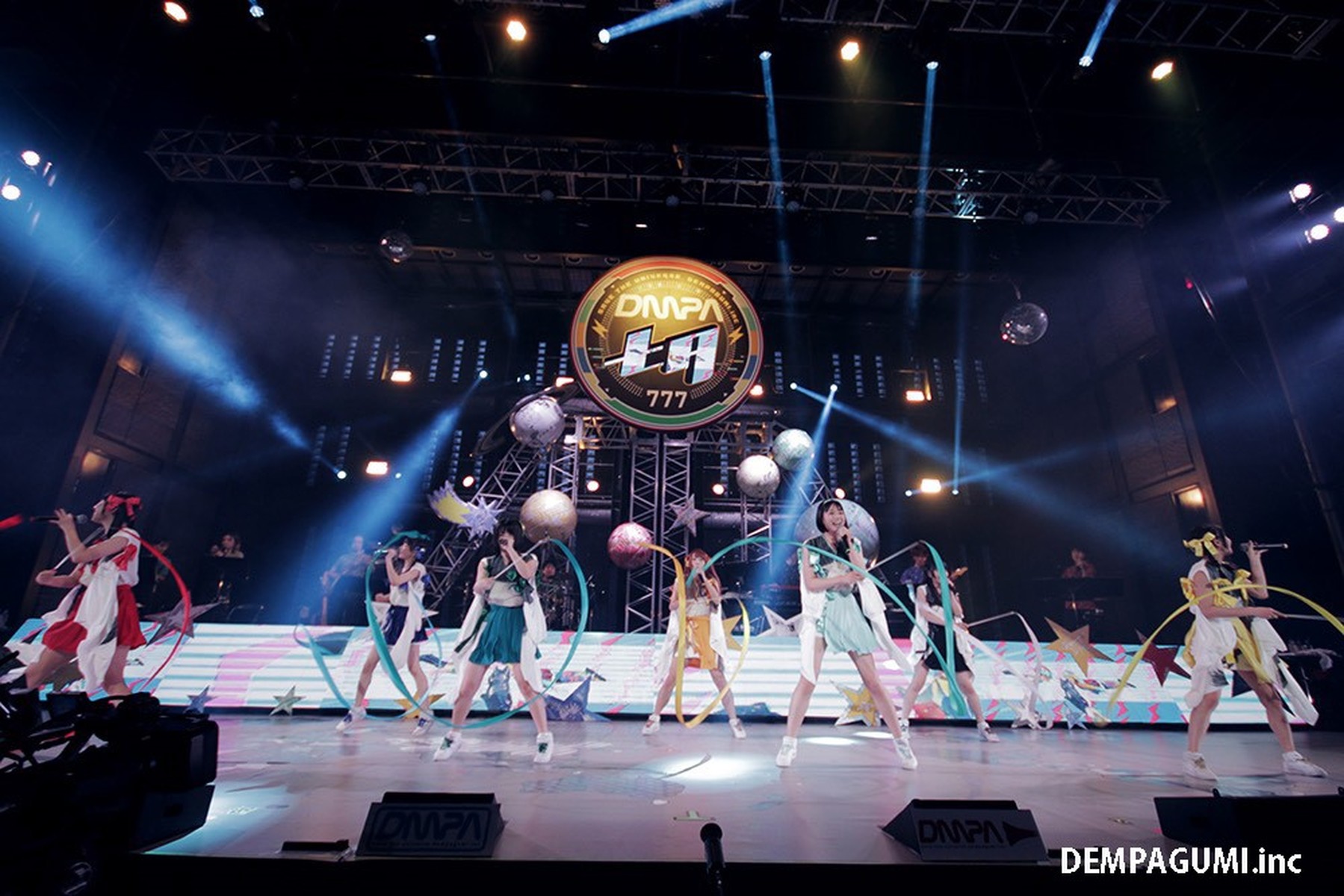 DEMPAGUMI.inc. have become the faces of a new generation of Akihabara pop music — the face of a new ‘Cool Japan’ as well as a force to be reckoned with in the fashion world. They have played a key role in bringing idol culture to the mainstream without compromising their distinctively energetic performing style.

Japanese words to describe the unique atmosphere they create are 'Moe' or 'Kyun'.

These are used by people admiring the fashion icons who are coquettish and embrace ‘Kawaii’ (the culture of cuteness in Japan).

DEMPAGUMI.inc. comprises seven girl singers who have a catchphrase ‘Moe Kyun songs to the world’ —emphasising their cuteness.

For their ‘DEMPAGUMI.inc. Cosmo Tour 2018’, Martin Audio WP series loudspeakers were introduced and this system was also used for the special gig at Kawaguchiko Stellar Theater. This is an outdoor 2000-seat concert venue near Kawaguchiko Lake in Yamanashi, with a semi-circular amphitheatre.

Up on stage, the side monitor system comprised a further stacked system featuring three WPM and a pair of SX118 subs. Driving the Martin Audio system were six iKON iK42 DSP power amplifiers.

The sound engineer, Mr. Yamaguchi from inLINK, said “I have had several experiences operating shows at this venue but I have never had the power and ease of tuning that this system provides.”

He added “When I have used other brands it has never gone as smoothly as this. Tuning and EQing the system was more tricky and even with six subs per side I was still nervous about the SPL.” EQing the four subwoofers this time was way easier, he said..

He continued, “I tried several experiments on this tour using WPC. Setting the Butterworth filters for the crossover of subwoofers made the bass excellent for this production. The default settings for the subwoofer crossover is Linkwitz-Riley but we can change whatever we want for the crossover curve. It is a good option for users seeking a better result.”