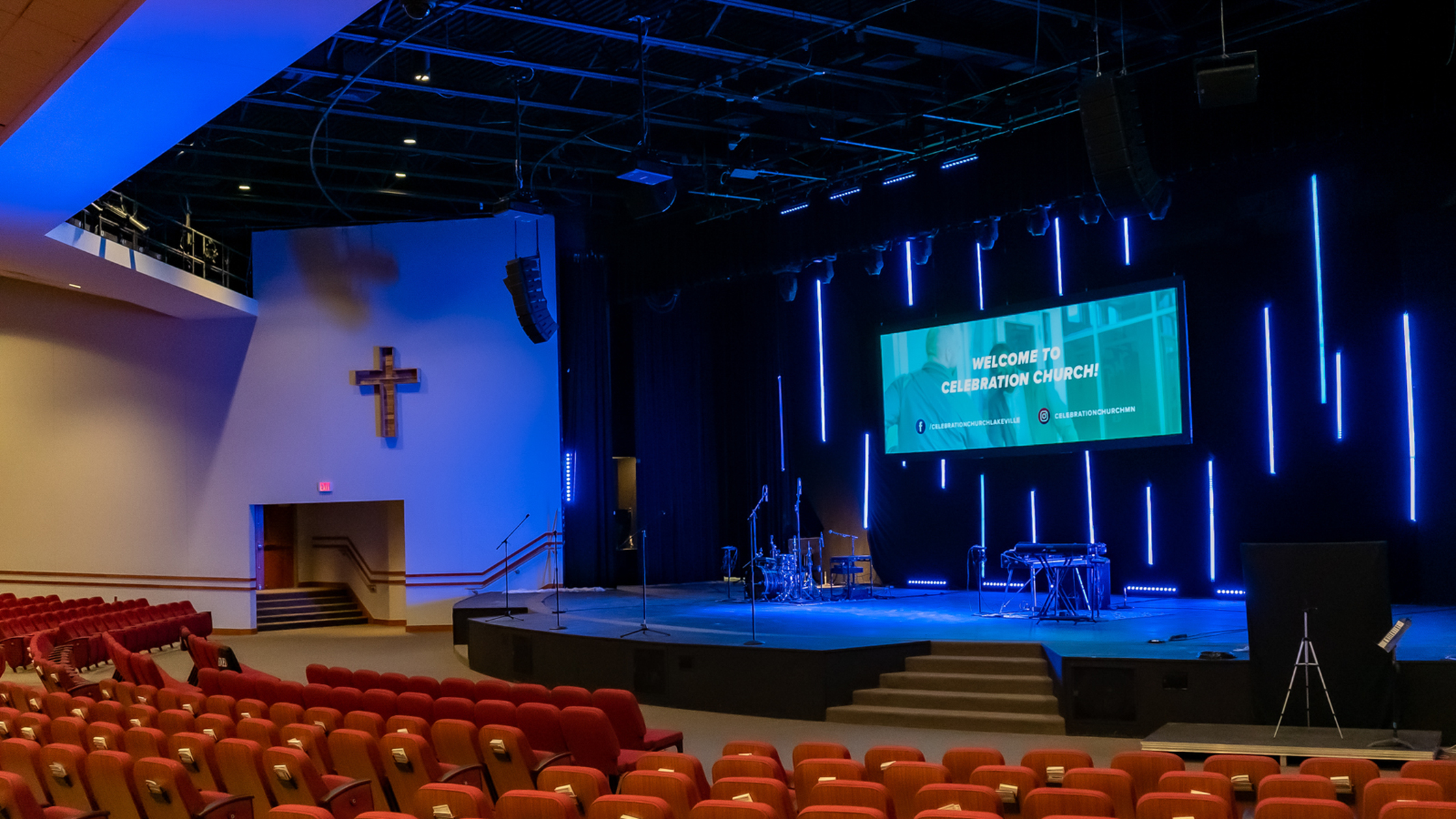 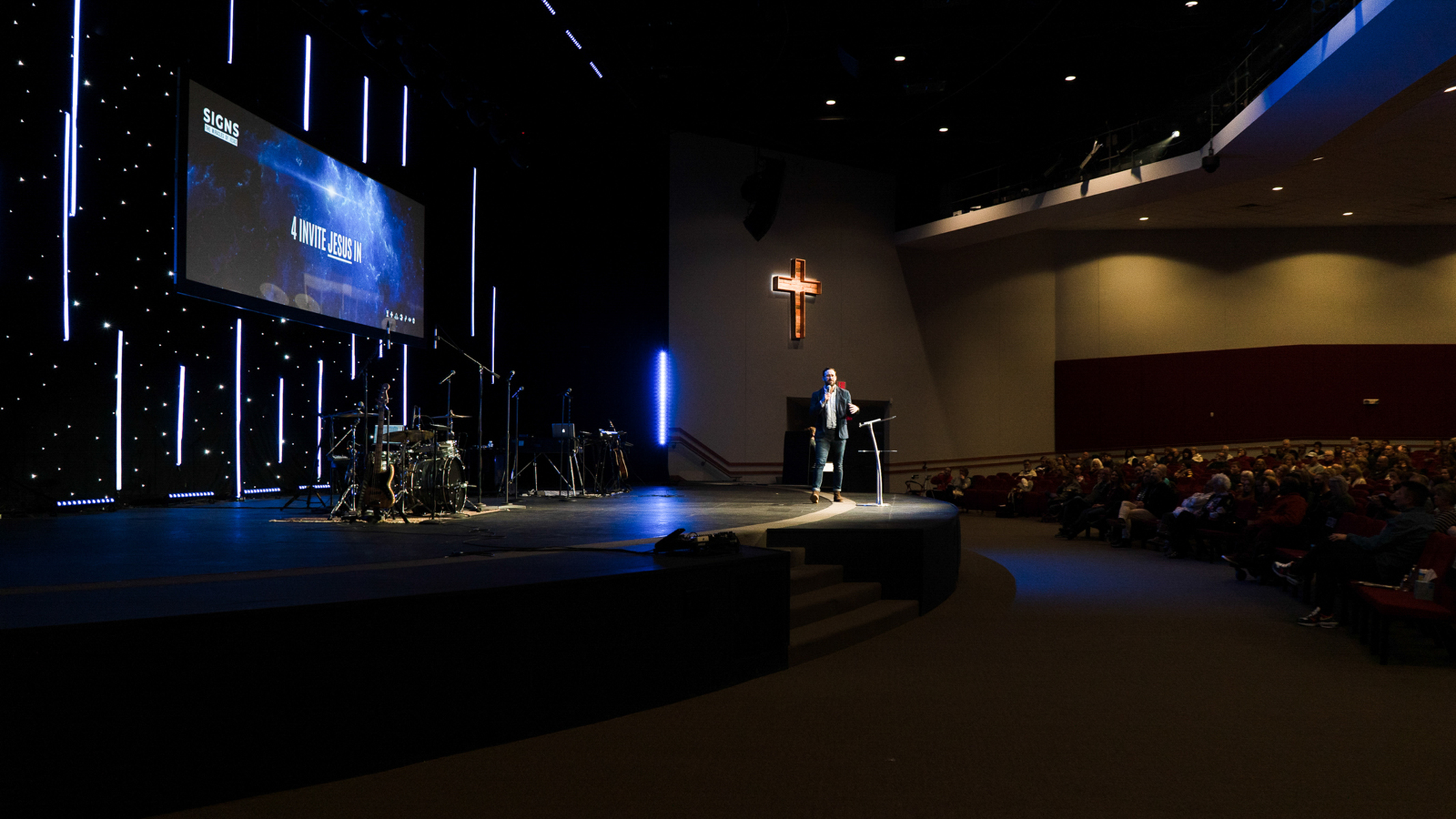 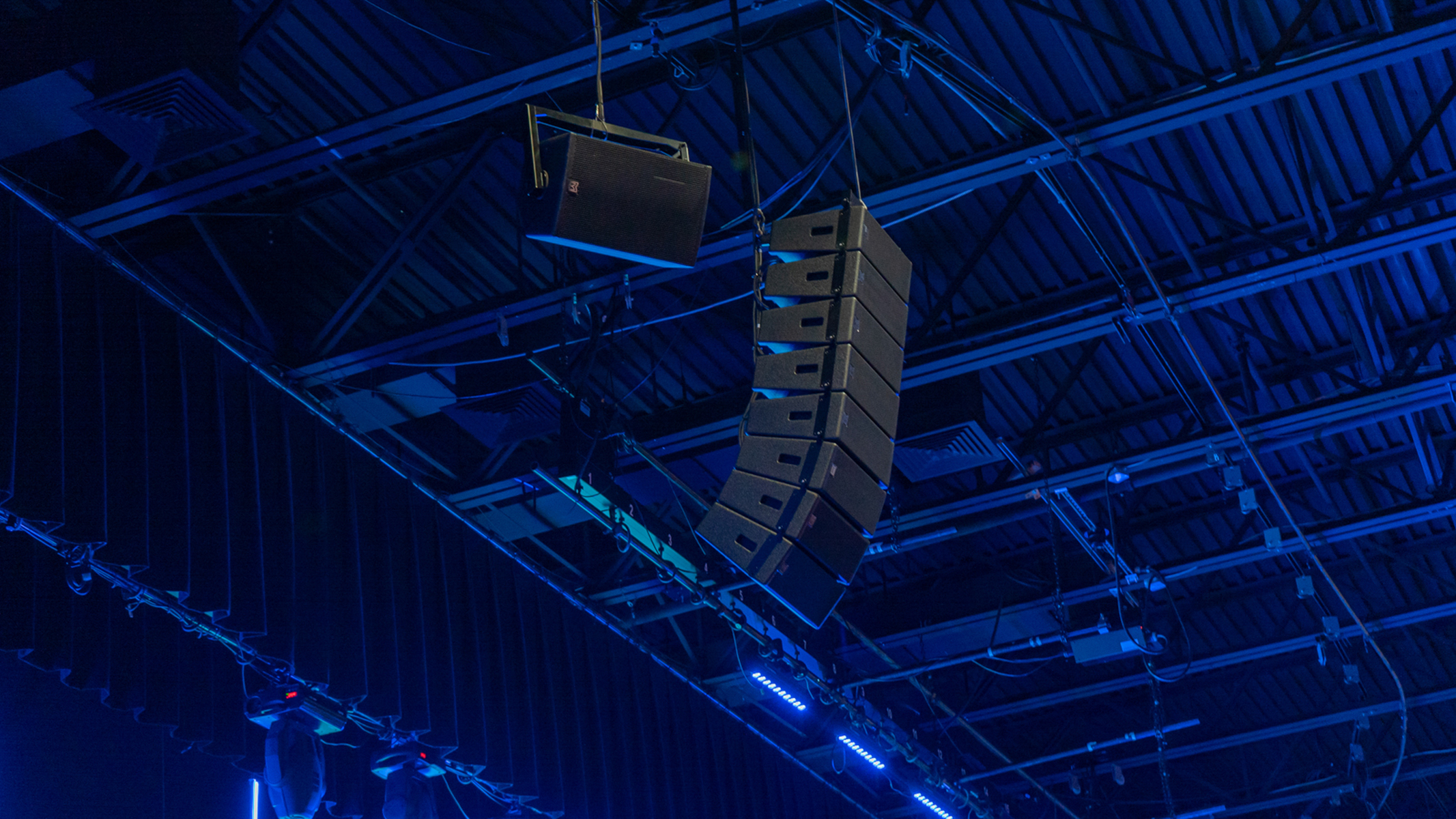 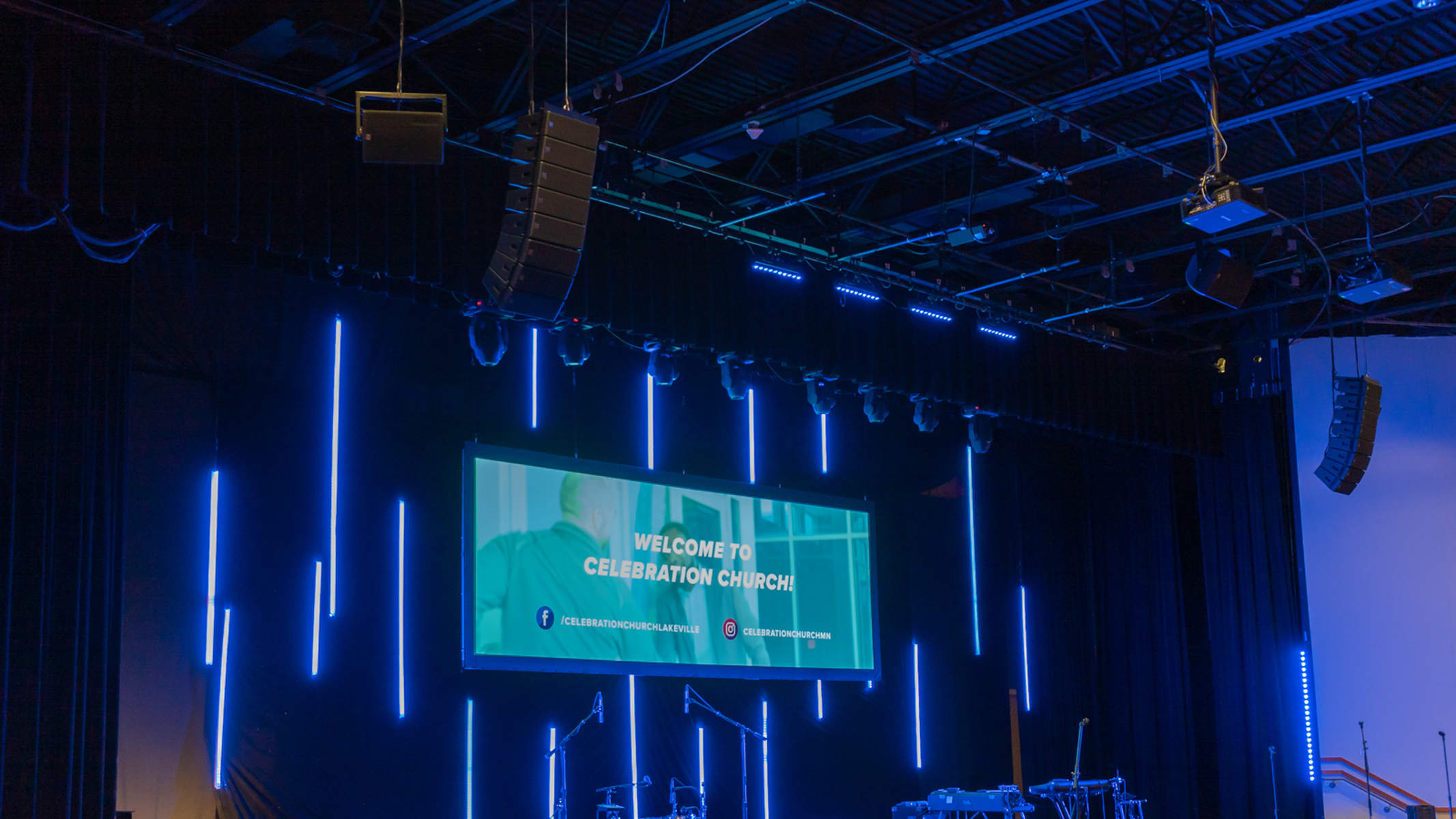 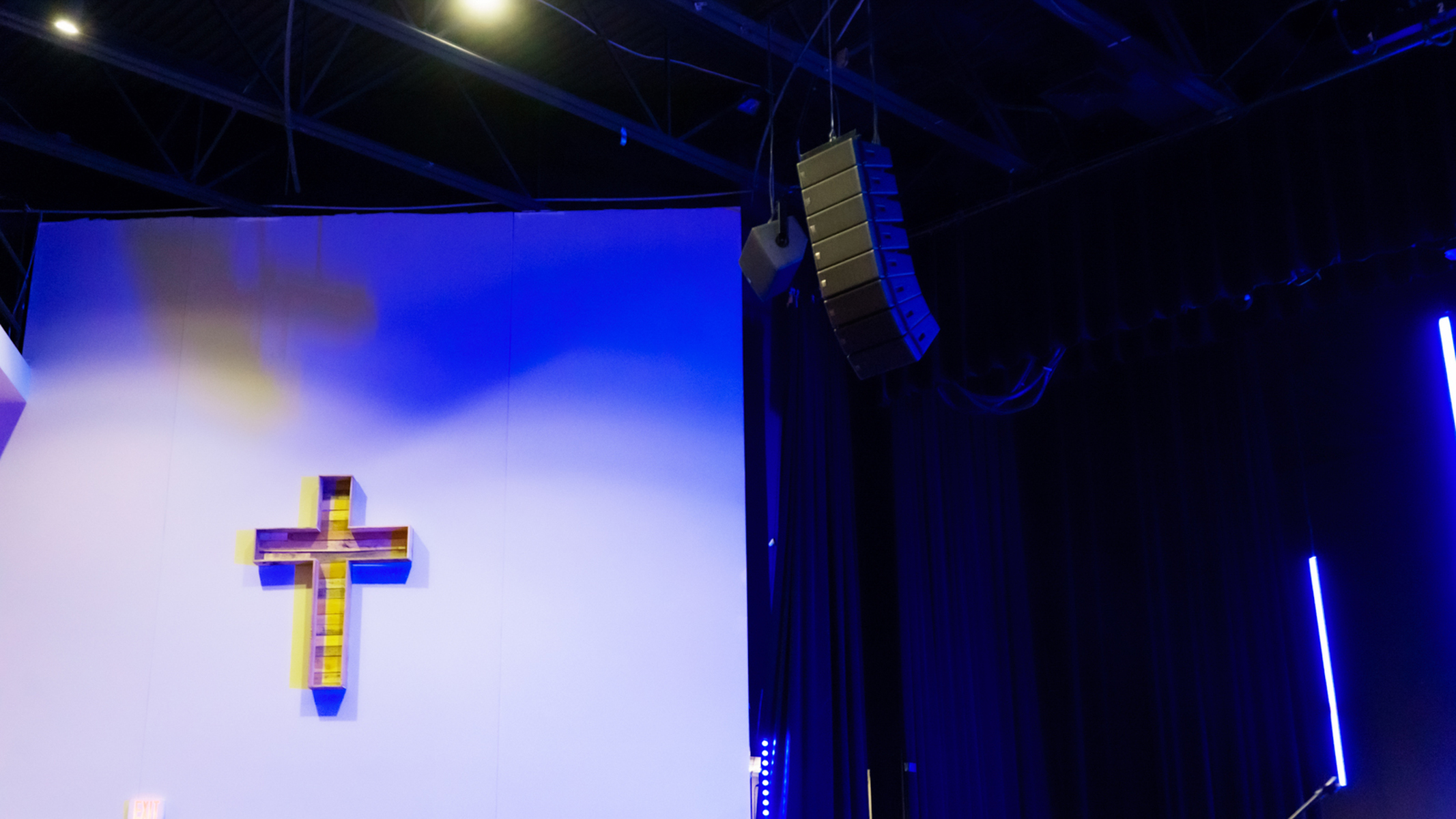 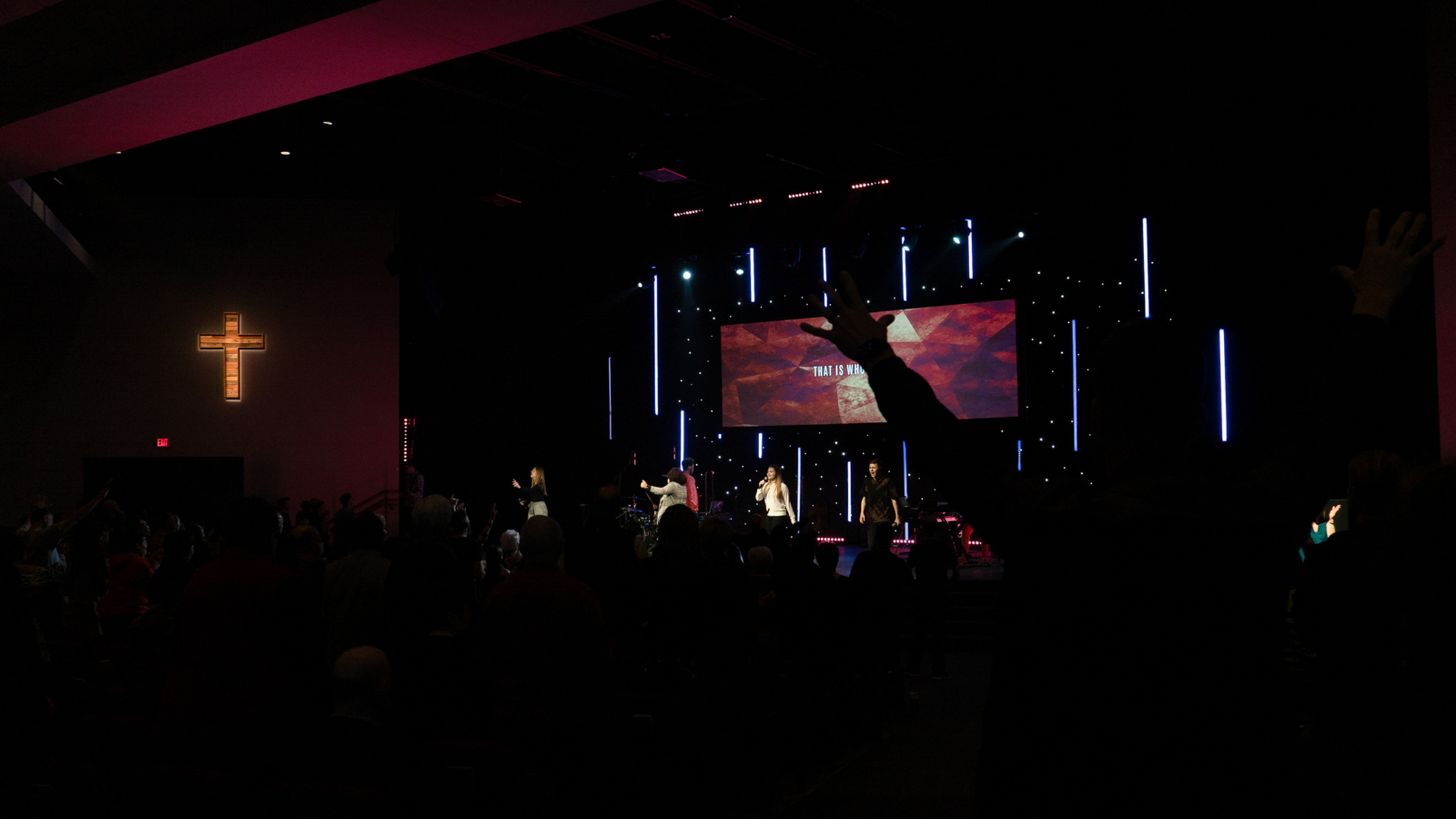 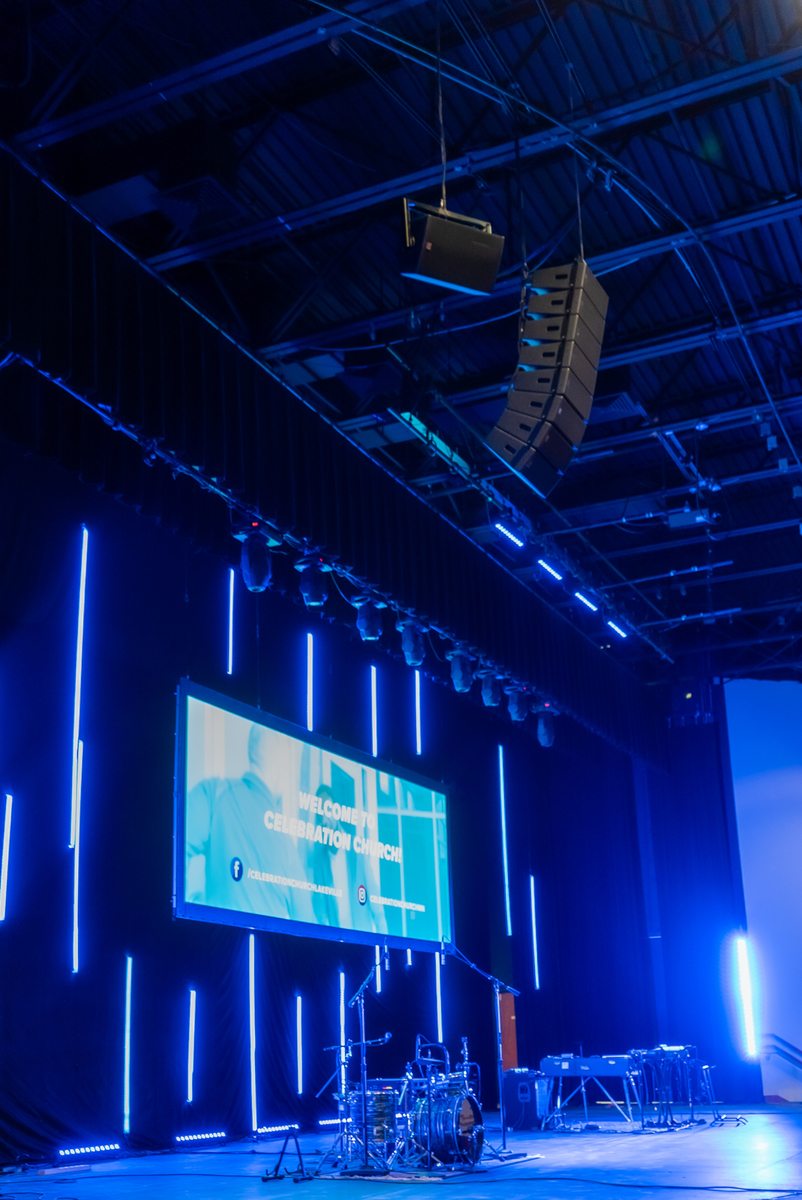 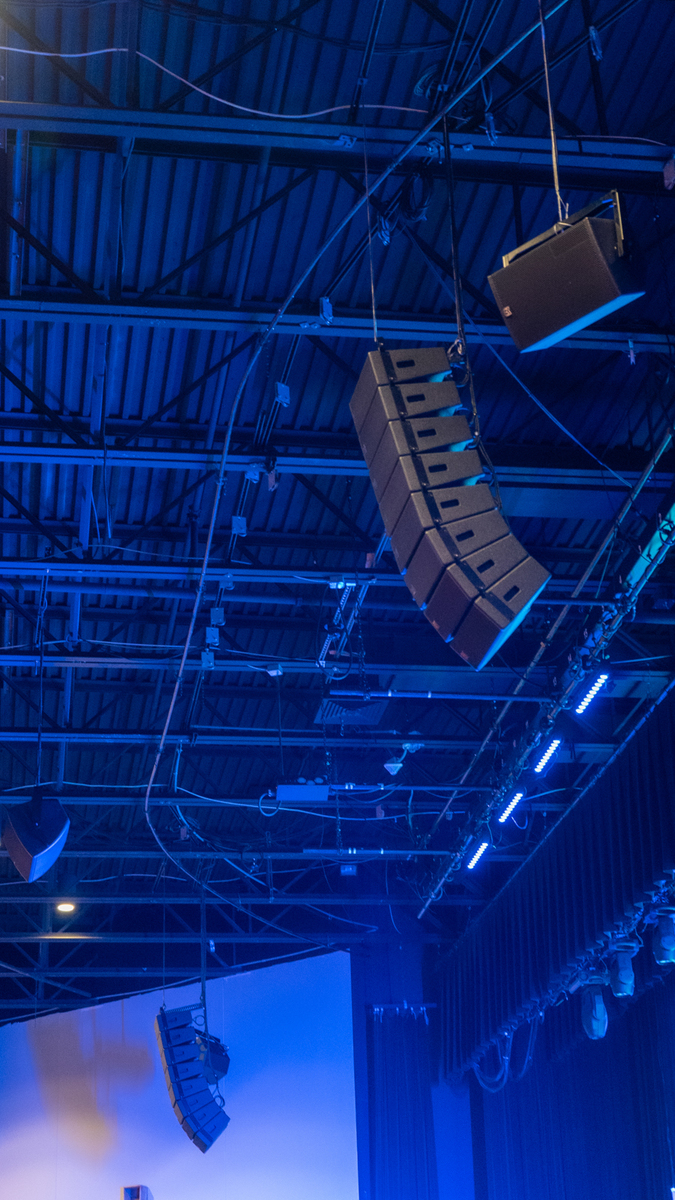 Describing the project, DP’s David Price explains: “The church was built in the early 90s and they’ve been slowly upgrading for the first time since then. Now they’ve added a new PA, console and wireless, which is a big first step for them.”

According to David, “Celebration is a very contemporary church with a large area including a stage built to be more of a theatrical performance venue that holds about 850 people. The basic shape is square that eventually curves out into a fan-shaped auditorium space.

“They wanted concert-level sound so we installed Martin Audio WPM based on its minimal impact on sightlines and its exceptional audio performance for mid-sized concerts, something they often do there. There are eight WPM boxes a side powered by Martin Audio iK81 amps with one-box resolution for maximum coverage throughout the audience area along with four SX118 subs built into the stage.

Bottom line, it’s one of the best rigs we installed last year.

“Celebration has contemporary worship music with electric bands and several vocalists for its services,” David continues, “but they also wanted the system to be authentic for speech so we ended up installing one Martin Audio XD15 per side for outfills flown outside of the arrays because of the room’s width and fan shape. And we added a CDD15 flown in the centre for the pastor’s mic during the message so they can bring down the arrays a bit and make the sermon feel more intimate and authentic. There are also four CDD6 set into the stage for front fills to ensure optimum coverage for congregants seated in front of the stage.”

The church’s two main entrances include CDD5TX-WR’s on the exterior perimeter and Martin Audio C8.1T ceiling speakers in the tall lobby atrium based on the speakers’ narrow pattern and ability to throw more effectively below, and C6.8T in the restrooms. An Allen & Heath D-Live console is used for FOH and wireless in-ears are driven by IP mixers that control the mix busses and the rest of the band is on the ME1 system.

Commenting on the upgrade, David adds: “The old PA was a large point-source rig with a lot of phase coherence problems, dead spots and other issues. The original subs were massive double 18’s ground-stacked on the extreme left and right and there was just no smooth bass response.

“The church was blown away with the new WPM system, especially compared to what they had before. The way we were able to array the subs and integrate the WPM’s into the room and blend the outfills and centre speakers, every seat in the space feels the same, even those right in front sound great because the CDD6’s keep up so impressively with the main PA. There just isn’t a bad seat in the house anymore which is something they’d never experienced.

“According to the staff, even the feel of the worship experience is different. They’ve never seen their people engage with the service so easily, coming up to the booth and saying they could finally hear what was happening.

“They are also impressed with the speech reproduction,” David sums up. “This was the first time the pastor’s voice was in the centre as opposed to coming from the far left and right of the room. They still use the arrays and outfills for coverage but now they can bring up that centre speaker to provide a more authentic image for his voice. It makes the room feel very warm and intimate when he’s speaking. They also love the clarity and the warmth of the system’s musical reproduction.

“Bottom line, it’s one of the best rigs we installed last year. It was a very rewarding experience for us as the integrator because the church was so happy with the end result.”