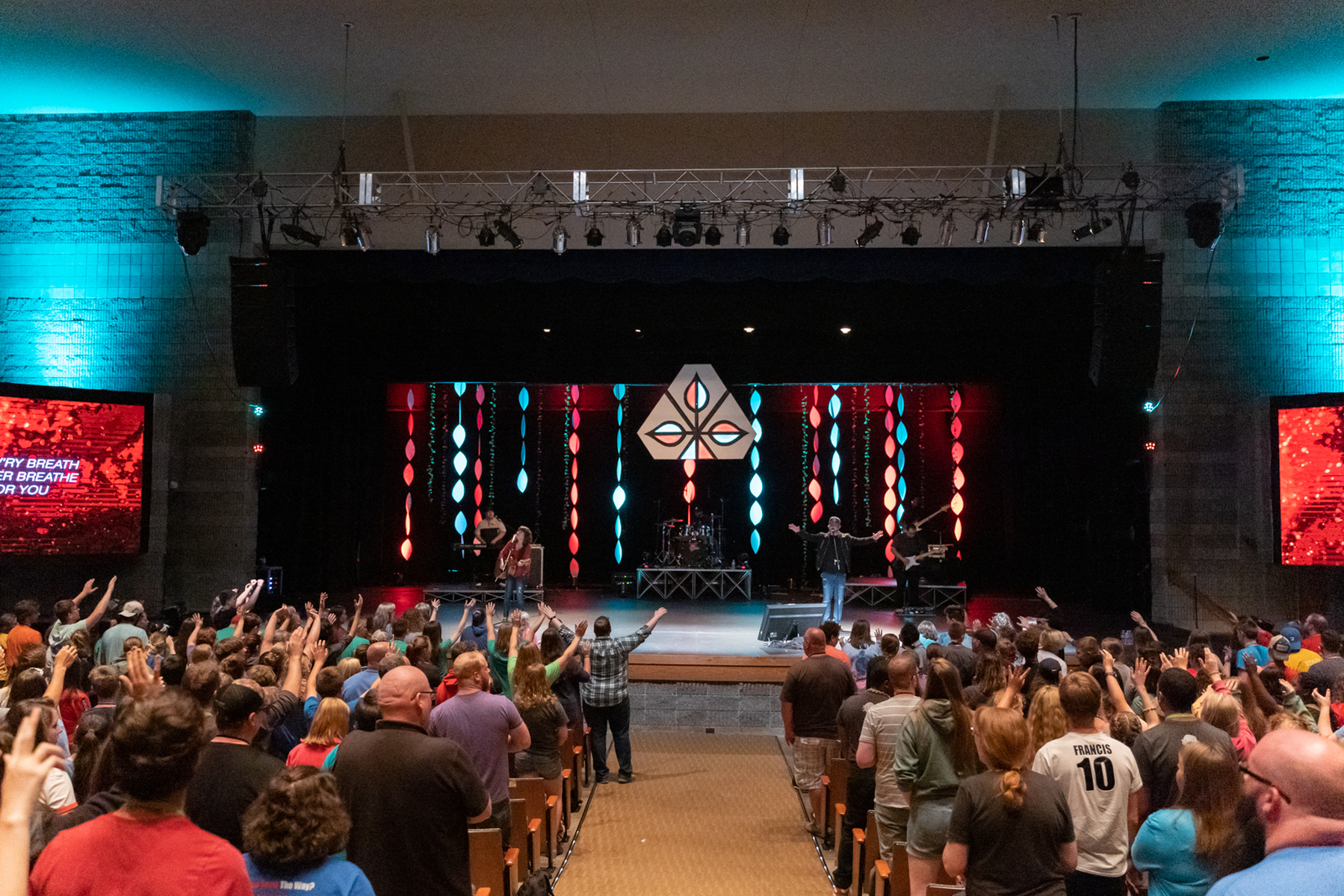 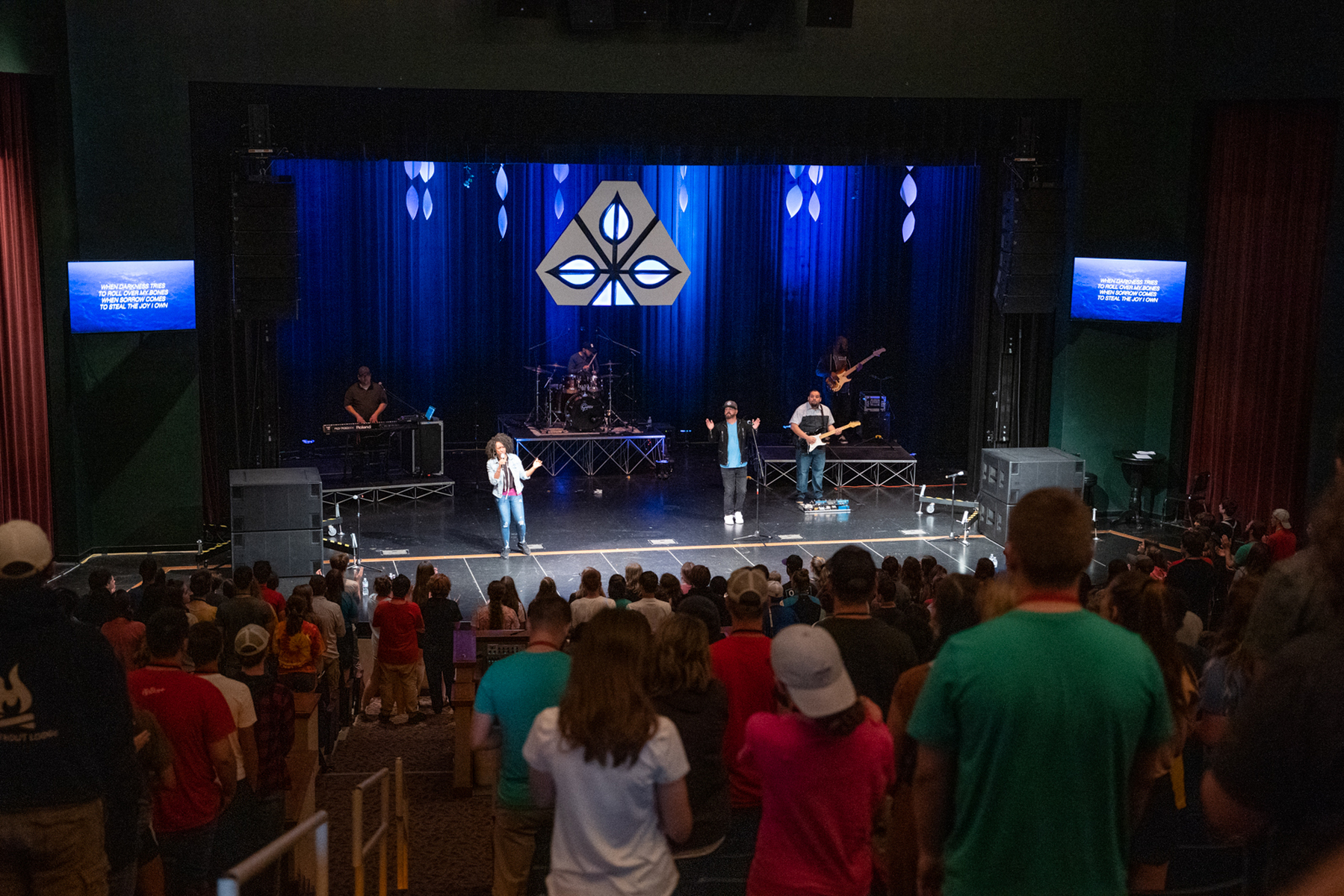 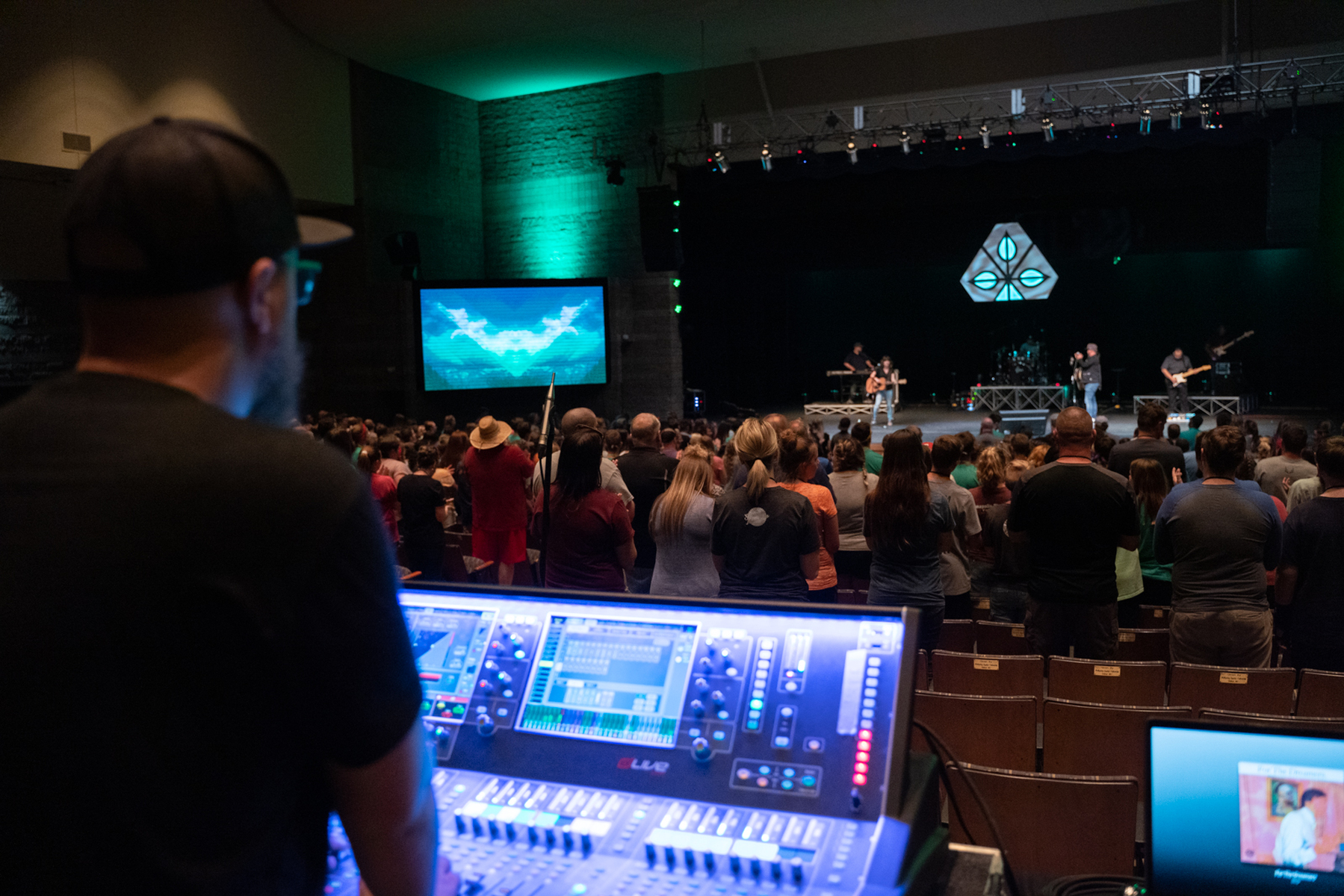 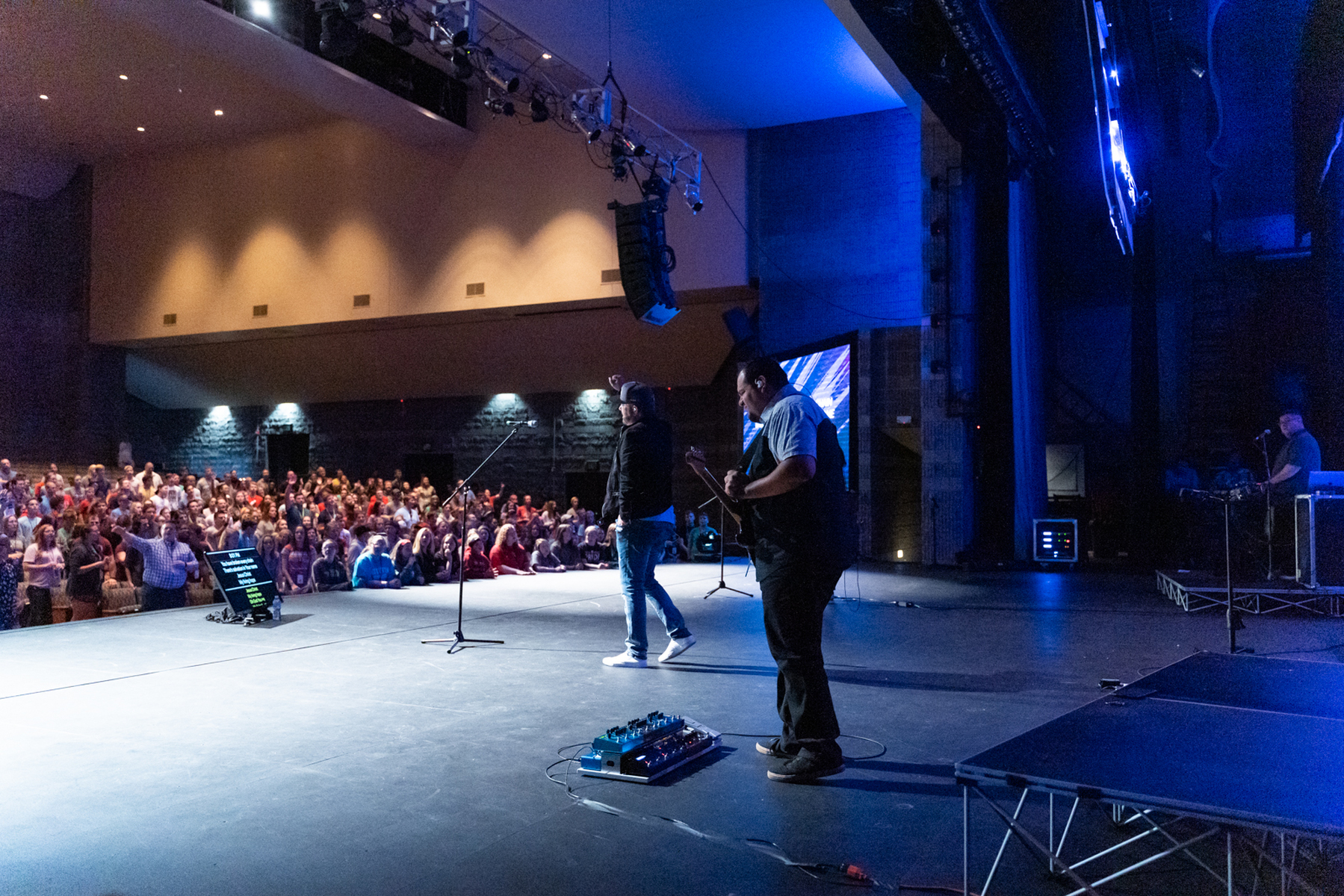 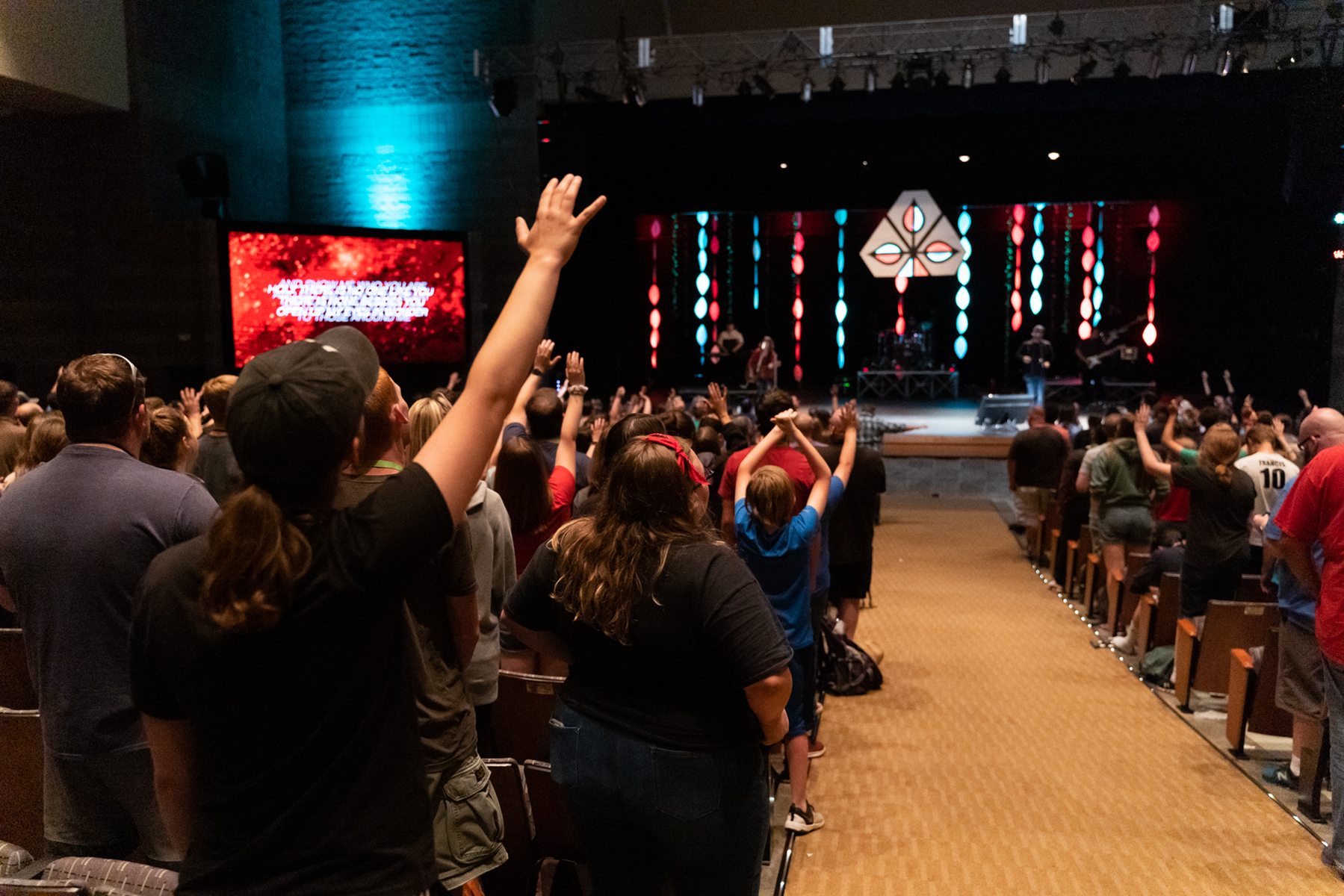 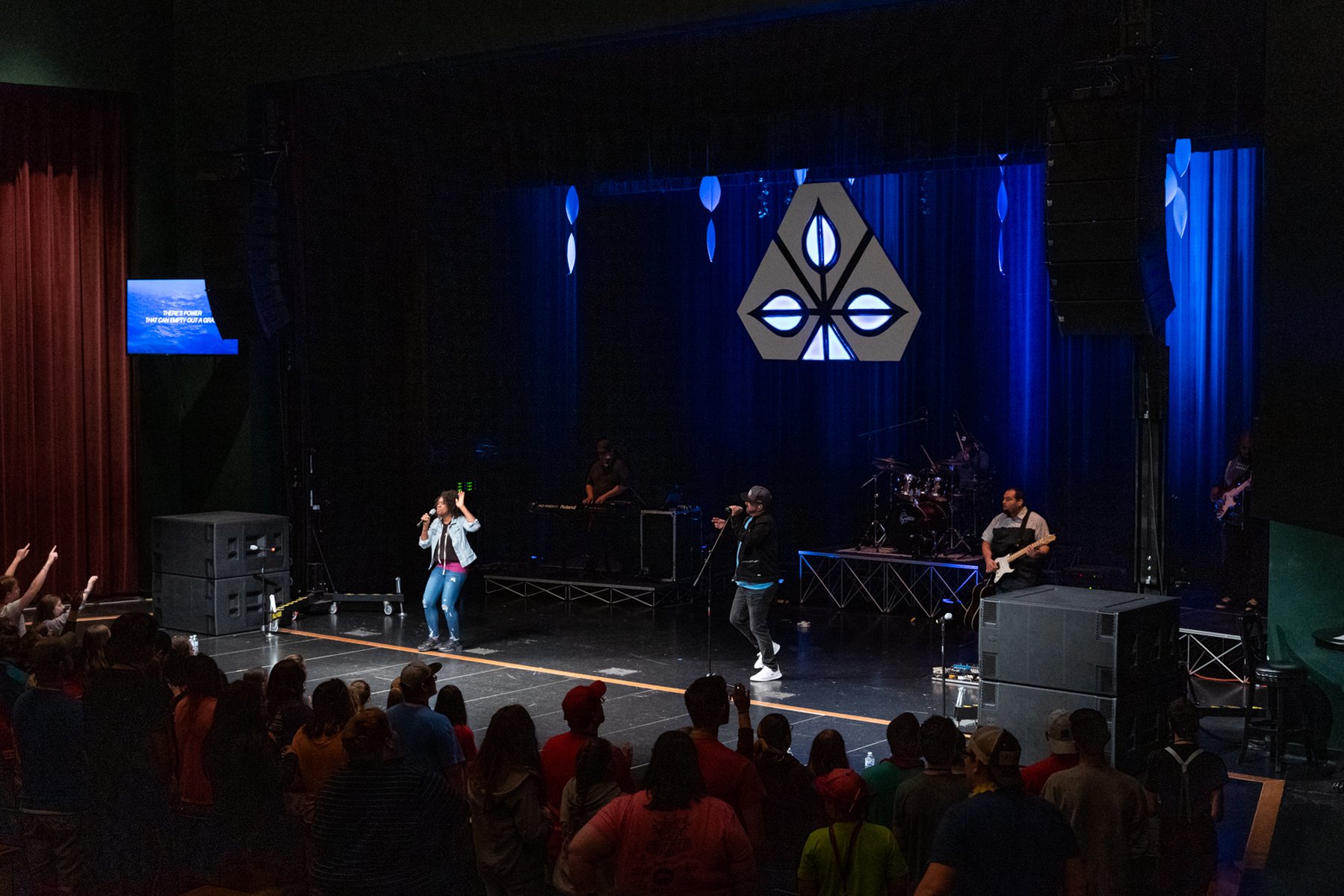 A group of 1,900 churches that pool their finances to produce more live events in Missouri, the Missouri Baptist Convention recently purchased a Martin Audio WPC system with SXH218 subwoofers to provide the highest quality sound reinforcement.

As Mitch Canote, Specialist in Media Technology & Events, points out, “Chris Brizendine (Media, Technology & Events Group Leader) and I oversee every aspect of production for the live events that our organization puts on. We have a Martin Audio WPC/SXH rig as a traveling system for several major events a year that includes conferences, business meetings and summer camps in all kinds of spaces.

“In the last two weeks, we’ve been in vastly different theaters and for meetings, in conference centers that are basically big concrete boxes that obviously sound different than theaters. Occasionally we do outdoor events in open spaces like fields, so we needed a very flexible system that could function effectively in a variety of environments which is what led us to Martin Audio WPC.”

Everyone who’s heard the system has been incredibly impressed with it.

Mitch reports the Convention has to cover rooms that “range from 550-seat to 1,300-seat theaters and hotel ballrooms that hold from 1,400 to 2,000. Having the flexibility to go from one to the other without worrying about whether or not it’s going to be covered is a huge weight off our shoulders.”

The traveling system consists of 12 WPC boxes, six per side, with four SXH218 subs ground-stacked in front of the stage. According to Mitch, “we were drawn to Martin Audio based on their reputation for superior coverage and outstanding control. We also like the WPC system’s ability to provide optimized coverage in the vertical axis while maintaining a very even response from right to left.

“And the low end is unreal with the SXH218s. With a lot of subs, you can get rumble and a lack of intelligible notes in the lower frequencies, but with these, every single note is intelligible. For the WPC cabinets, we’re using six iK42 amps with two-box resolution for most of the shows, which gives us excellent and even coverage for all the shows—it's worked out great.”

Mitch maintains that the system’s audio quality for speech and contemporary worship music reproduction is “amazing.” In terms of control, the Hard Avoid® feature’s ability to keep sound off the stage “is a real lifesaver because we never have to worry about feedback from the speakers when the singer gets close to the edge of the stage.”

Summing up, Mitch adds, “everyone who’s heard the system has been incredibly impressed with it. In terms of our yearly convention, many people couldn’t believe it was our PA. They were really surprised and couldn’t believe how good it sounded!”