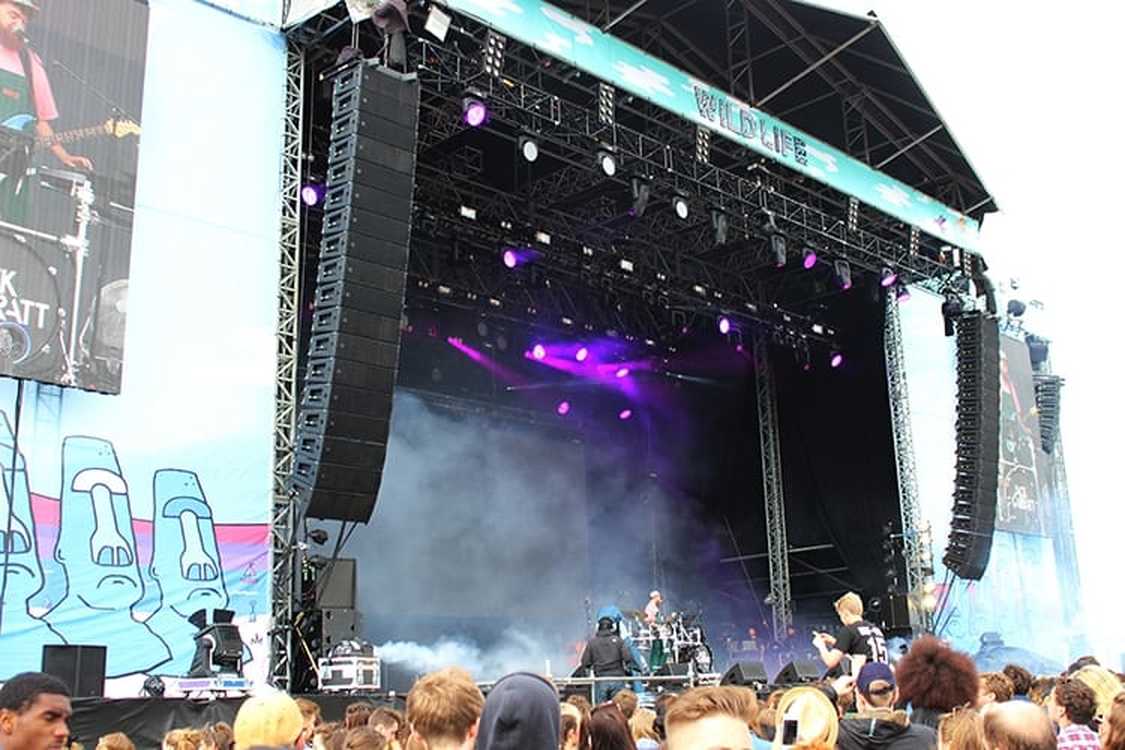 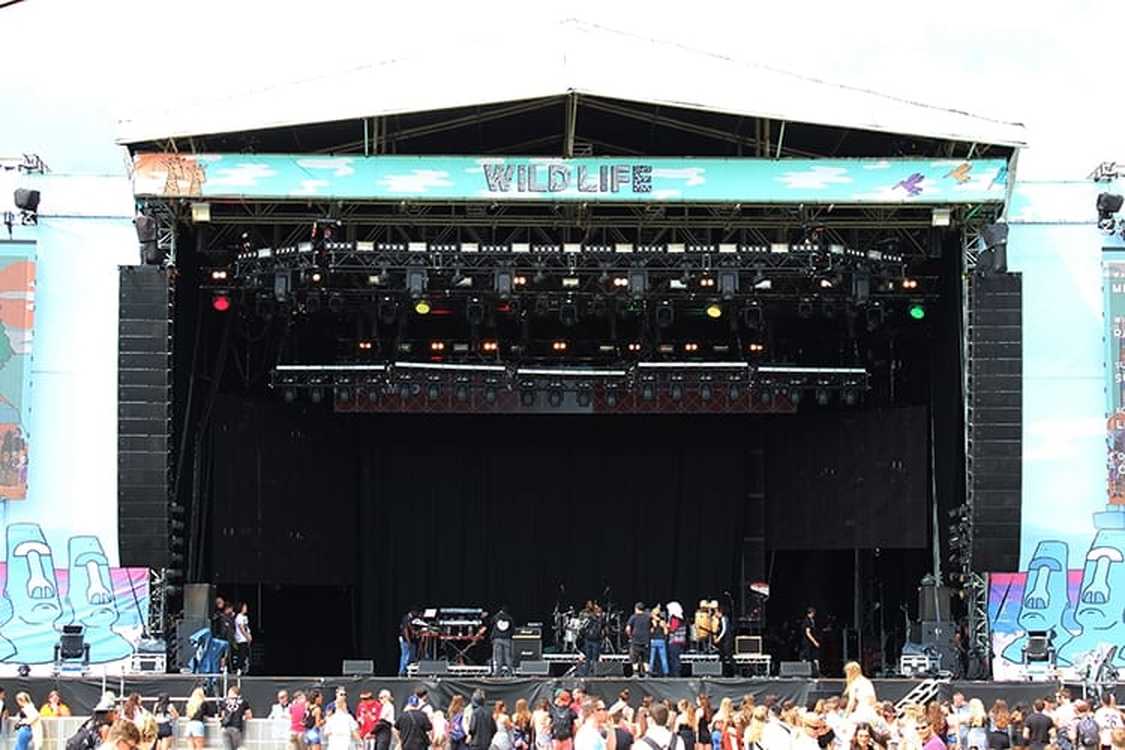 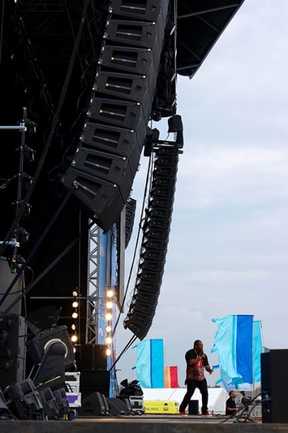 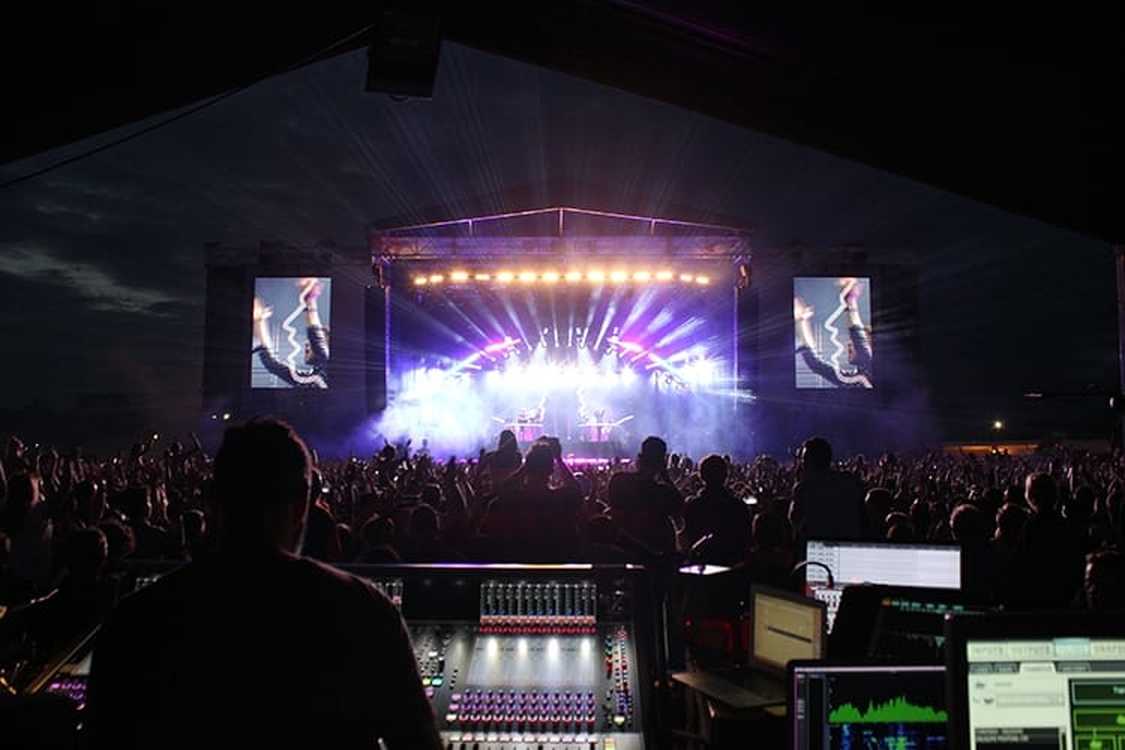 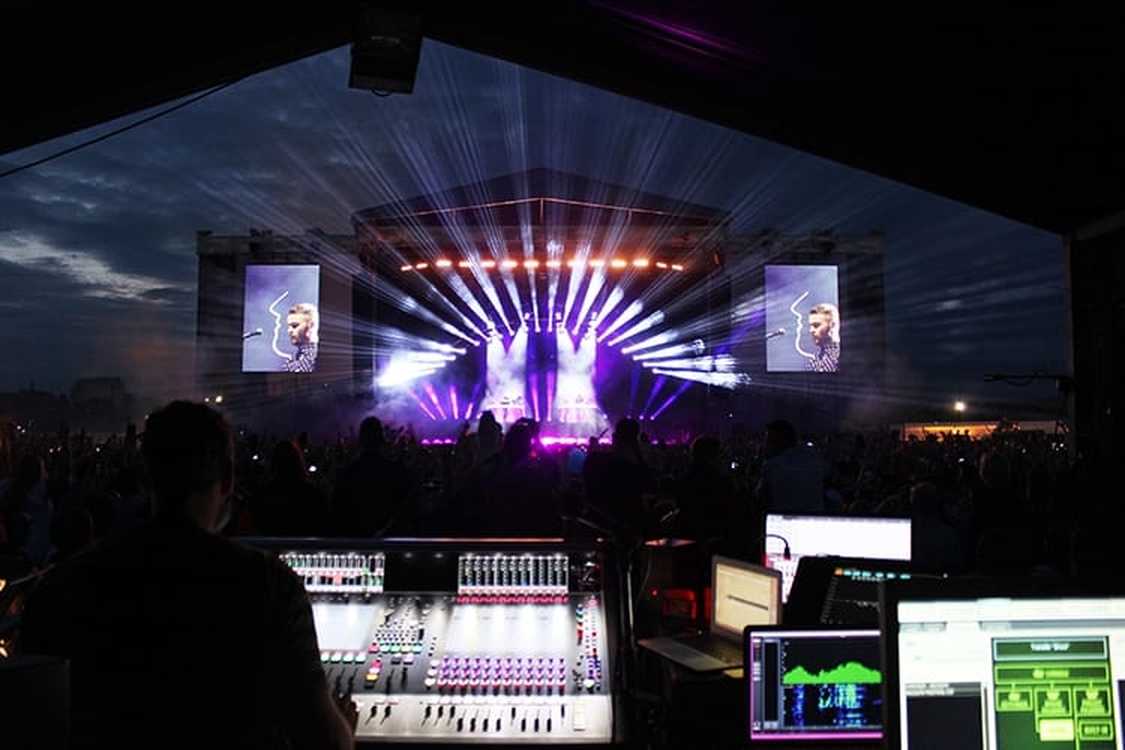 With SJM Concerts again promoting the event on the Sussex coast, and the experienced Simon Barrington and Mike Oates in charge of production duties, Capital equipped three of the four featured stages with the award-winning MLA Multi-cellular Loudspeaker Arrays - including the Indoor Stage (Supercharged) for the first time.

Another first was that they were able to road test the new Beta version of Martin Audio's latest Display software release simultaneously in all three zones, with Robin Conway reporting 100% satisfaction. 'The tonal quality is excellent as is the pan control of the lower frequencies. It's extremely clever, a brilliant step forward. Everyone loved it,' he said.

By this he was referring primarily to the experienced system tech team of George Breacker (who supervised Main Stage), Mark Edwards on the second stage (Terminal) and Jason Thomas (Supercharged) - part of a team of 20 skilled pro audio crew on site.

So how was the PA designed for optimum coverage? Main stage was equipped with 17 MLA plus an MLD Downfill on each flank, with a small side fill of six MLA enclosures at stage left. A broadside cardioid sub array was constructed using 16 x MLX, with a further 10 vintage Martin Audio Wavefront W2 for front fills. Some 70m back from the stage, two flown delay masts were formed from eight MLA Compact hung atop three DSX subs.

Over at the Terminal Stage the hangs comprised 14 MLA elements a side, plus MLD Downfill, with a similarly configured 16-box MLX sub array. In addition, there was a pair of W8LCD performing front fill duties and six WLX folded horn-reflex loaded subs on the back of each tower platform, along with three MLA Compact.

Under canvas in the Supercharged tent, Capital Sound fielded six MLA and a single MLD Downfill per side and eight MLX - the subs this time divided into left and right cardioid stacks with a central pair for better pattern control. Near fills were provided by a pair of W8LMD, while a ground-stacked delay behind the FOH position saw a three DSX sub supporting four MLA Mini enclosures and MSX Sub/Drive on each side of the FOH compound.

With acoustic consultants Vanguardia monitoring sound propagation for the second year running, Capital's MLA rig comfortably ran within offsite limits, while the sound never dropped below 100dB(A). 'In fact it reached 104dB(a) on the main stage,' reports Robin Conway. This more than satisfied the requirements of artistes such as Ice Cube, James Bay, Carl Cox, The Avalanches, Busta Rhymes, De La Soul and the Martinez Brothers … in addition to the two founding headline bands.

Simon Barrington, who had worked with Capital and MLA two weeks previously at We Are FSTVL, again expressed his delight at the performance of Martin Audio's premier system. 'MLA continues to deliver and is possibly the best system for this type of event. As for Capital Sound our first collaboration together was at this event last year and they really understand the way I work. Achieving clean sound quality at the correct levels is the most important element at an event like this … after all, no-one goes home humming the lights!'