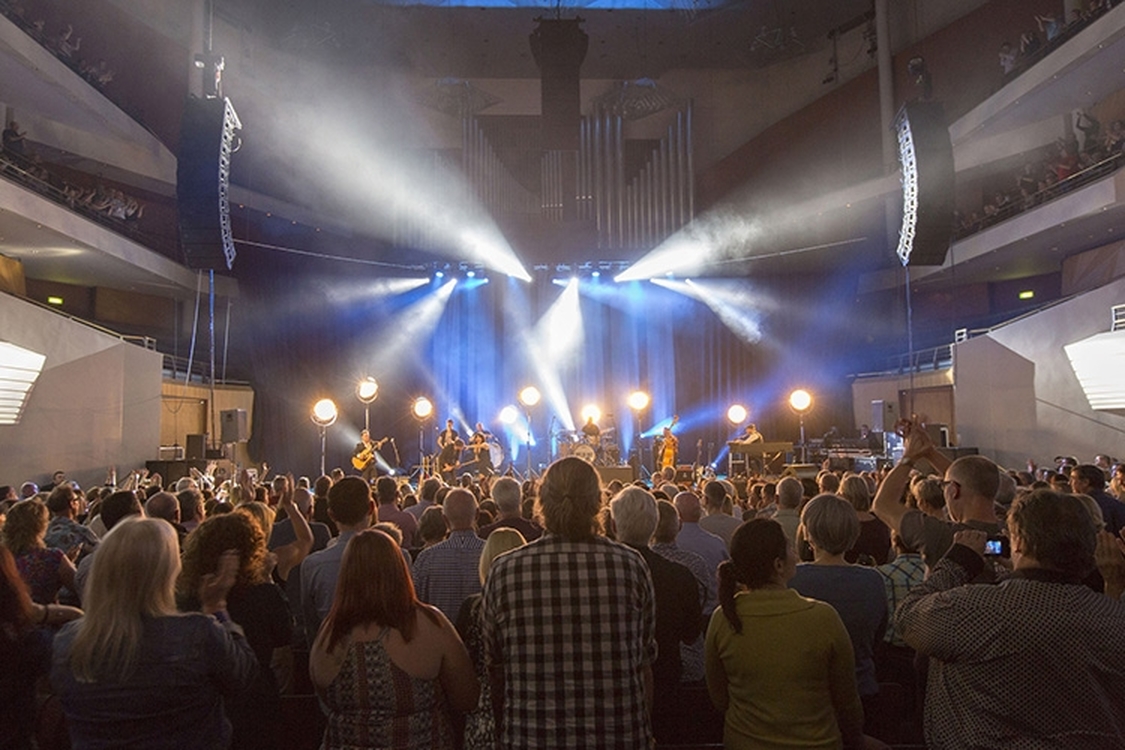 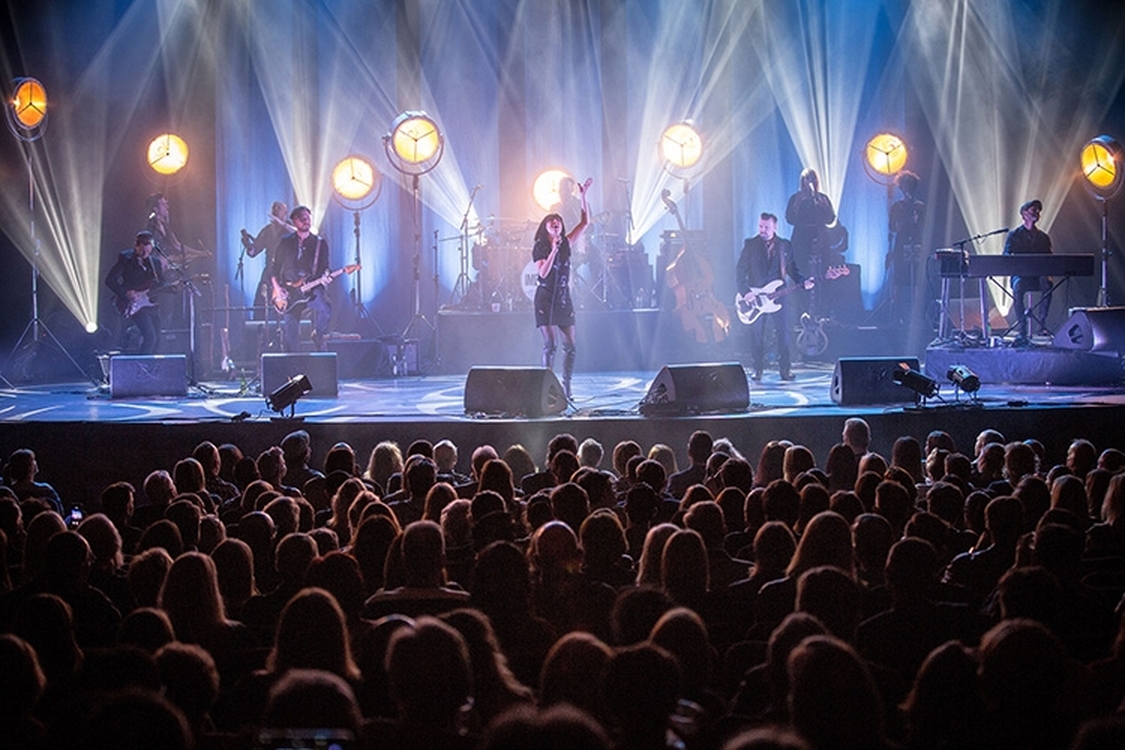 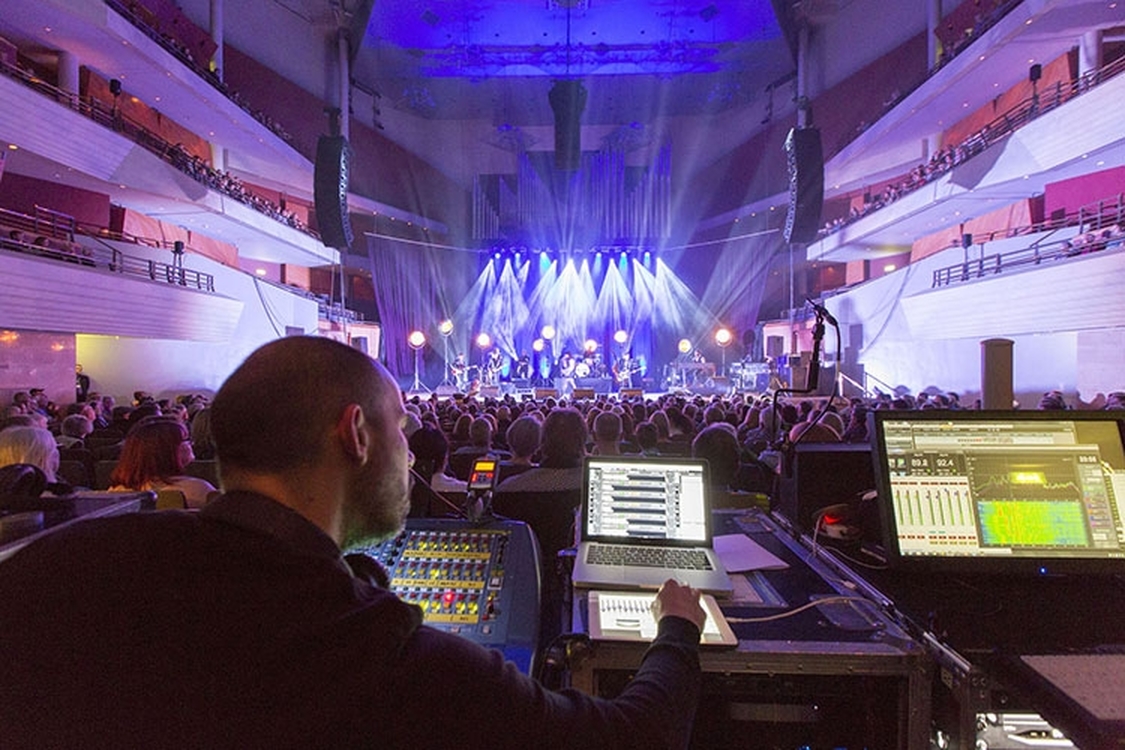 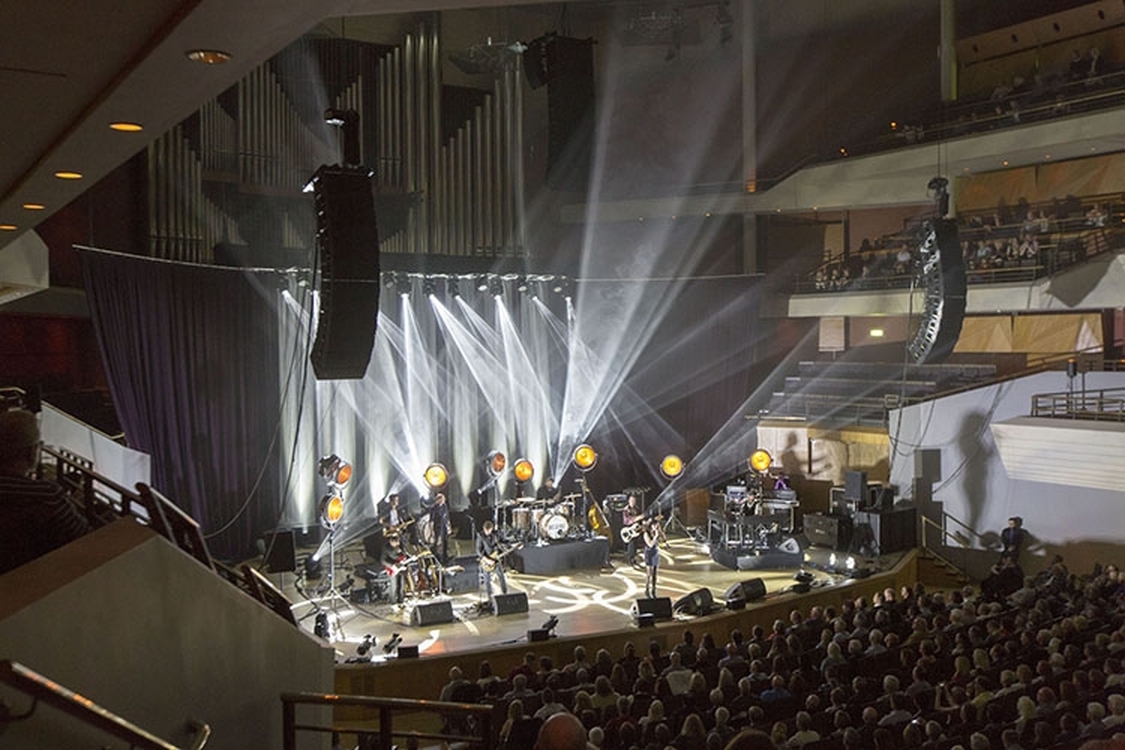 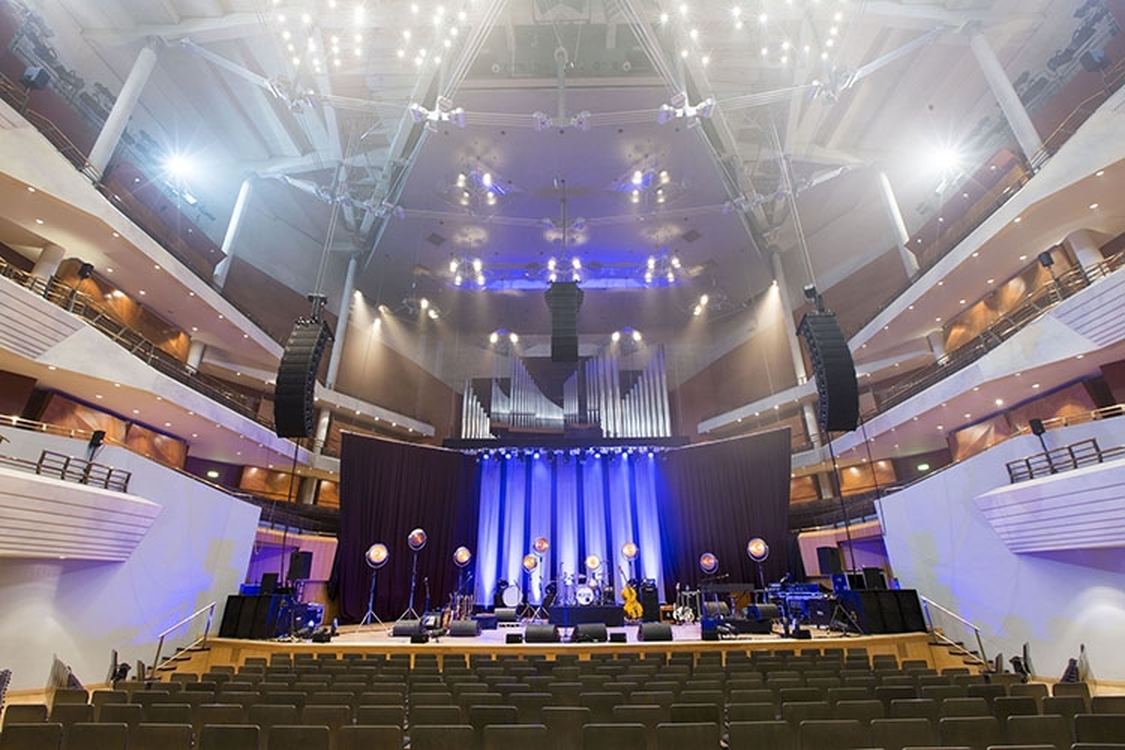 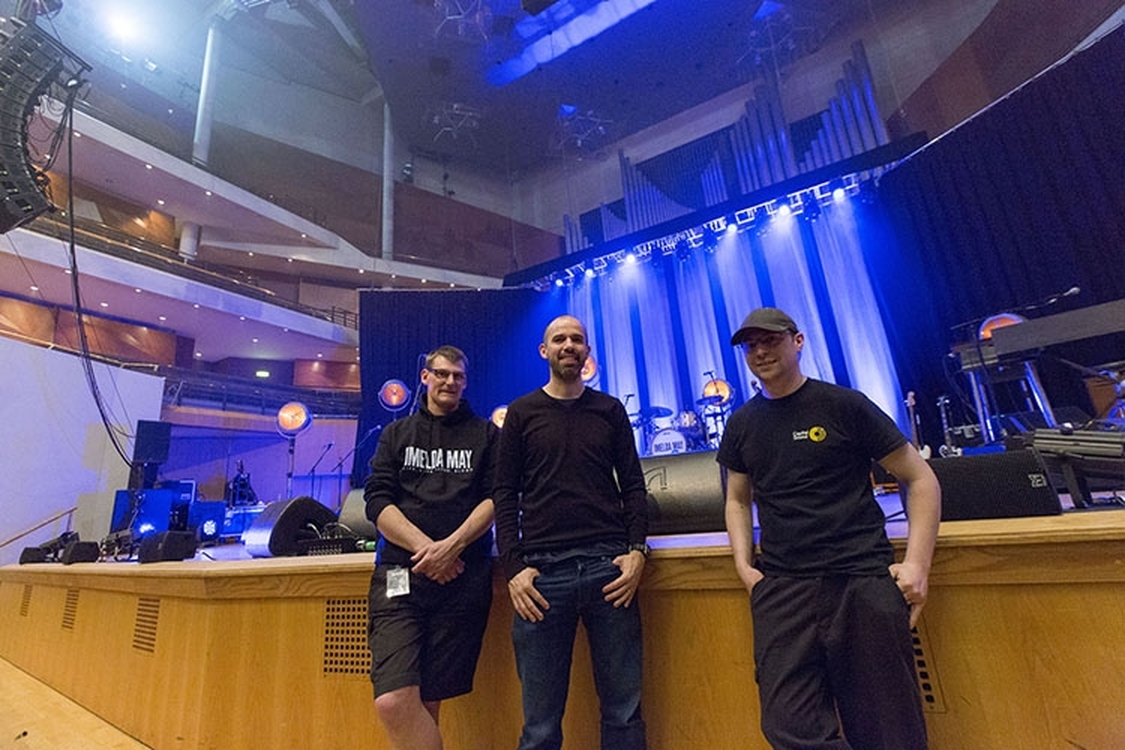 She also has a new FOH sound team, with Nick Ingram following a line of experienced sound engineers that have included Trevor Gilligan and Gerry Wilkes - both of whom have used Capital Sound as their equipment vendor.

With a classical musician's background, Ingram was the perfect choice to reinforce sound in the series of concert hall and theatre venues around which the tour is based; and he is delighted he took up the recommendation from Capital's Paul Timmins to use the Martin Audio MLA Compact PA to support one of their long term accounts.

Although this was the first time Nick had taken the system out following three days' production rehearsals at Music Bank, the FOH man is no stranger to the platform, having previously mixed his other charge, Jake Bugg through the system. 'I experienced MLA at Hyde Park [British Summer Time] and the sound was unbelievable,' he reports. 'After all the historic problems with noise restrictions on the site, Hyde Park is now somewhere you look forward to rather than with dread. I also mixed Jake on the John Peel Stage at Glastonbury with the MLA Compact - I thought there was never going to be enough PA [to carry] but once again it was fantastic.'

Thanks to an instinctive compatibility with Imelda May, Nick - who has unwittingly found himself specializing in acoustic singer-songwriters - has coaxed a new subtlety and versatility out of MLA with a classical musician's sensitivity. He has succeeded in matching concert hall acoustics and natural reverberation to the full range timbre of the artiste. 'These are all seated shows, and although the rooms hold around 2,000 people, in terms of a space to fill they are large so you need a box that will throw - and MLA Compact certainly does that so well.

'At G-Live [Guildford], for instance, I was mixing on the balcony near the back and the drop-off was almost non-existent. But more significantly it's the frequency response of MLA which remains identical.'

He believes sound engineers are spoilt nowadays with the new generation of line arrays. 'And for all the PA's I have used what I love about MLA is that musically it delivers the same expectation but with a warmth and natural transparent sound, and not too much bite.

'Working in concert halls with an acoustic artist the stage sound can be maybe 30% to 40% of my mix so it blends naturally with the room, and with a seated performance it is also vital to walk the floor to check for consistency at the seats. Just as when I attend a classical concert I want to hear the tiniest tap of a triangle, so I want to hear every breath [of Imelda's delivery] and her audiences expect to hear every word.'

The sound reinforcement inventory that ensures this happens is based around 24 MLA Compact enclosures, 12 elements hung on each side of the stage. Handling the low frequencies are eight WS218X subs. The increasingly indispensable Martin Audio DD6's have been deployed as lip fills and some XD12's, sat wide, perform both outfill and infill duties.

Imelda May is presently supported by seven backing musicians - but this will grow for the occasional show, with additional horns and backing vocals. This set-up occupies around 34 inputs on the Midas PRO 2C console.

Paul Timmins is delighted with the rapport immediately established between system tech Dan Draper and Nick Ingram (who are joined by Fran Bemrose on monitors). 'We are pleased to have brought him into the fold and he seems able to second guess what a sound engineer wants.' Nick Ingram agrees. 'Since I'm more of a musician and sound engineer than a technical person, I need someone like Dan who can explain everything to me.'

In terms of tuning and profiling MLA there has been little work required in the dedicated DISPLAY software other than to run the sound open, full range and flat. 'I want the sound to be as natural as possible, and MLA is astonishing.'

He has typically been averaging 94dB(A) at the desk. 'I almost want the acoustic sound to be as if there's no PA on it at all. I don't want it to sound digital.'

Paul Timmins, who has himself been offering production support to tour manager, Brett Spence, adds his confirmation. 'This is a different type of music source for MLA, the clarity of the sound is fantastic and Nick gets a really big sound without making it excessively loud. These shows feel really comfortable.'