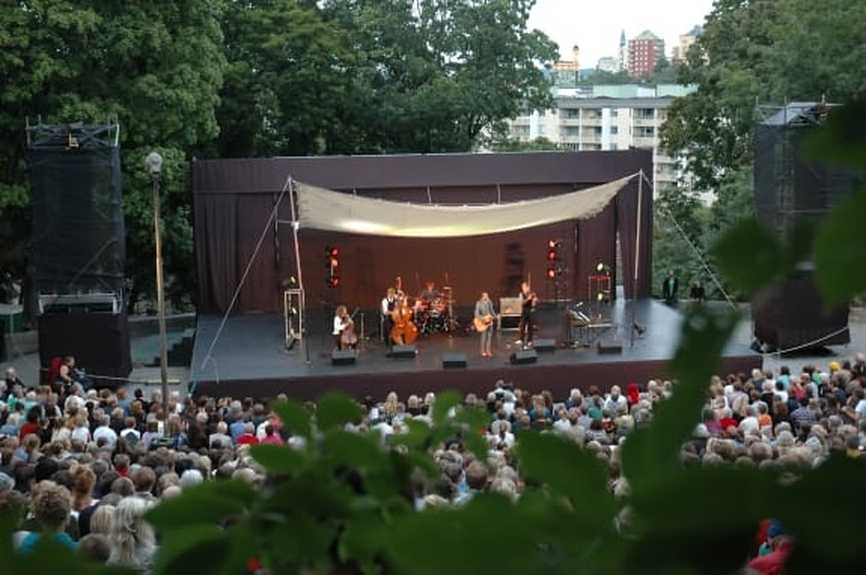 DM Audio's Martin Audio MLA Compact was quickly in action within two days of being derigged from an RPSO concert - across Stockholm at the Maritime Museum. This time a similarly-configured 12 elements per side rig was fielded at the Vitabergsparken (White Mountains) for the annual Parkteatern Festival (staged by Stockholm City Theatre). This consists of four weeks of entertainment in the open air amphitheater.

DM Audio have been servicing the event for many years, and working with show designer Mårten Ihre, they took the opportunity to swap out their conventional line array with MLA Compact, as soon as it became available.

Hosted by the Stockholms Stadsteater subsidiary, Parkteatern (Park Theatre), the varied programme ranged from soft ballads to high-octane hip hop to modern Danish dance and Opera. DM Audio responded by beefing up the LF end, running six DSX subs per side, double stacked in a cardioid pattern, in order to give the neighbours no grounds for complaint against noise escaping at the rear of the stage.

In fact the biggest challenge facing the production crew was to eliminate noise escape at the rear. 'We set up the 'hard avoid' parameters for behind the stage and the controllability of the cardioid subs also ensured that no sound escaped at the back,' said Wern. 'Everybody was immensely pleased how we managed to taper off the sound and the result was that there were no complaints.'

This was a fitting way for the Park Theatre, now clearly bitten by the digitally controllable bug, to celebrate its 70th year. 'We are all very impressed with MLA,' concluded Wern, 'It is a fantastic system.'